Tonight we dive in to the road.cc archive and swim against the flow with the Bididu Ashi
by Tony Farrelly

A bit of a mystery bike tonight. Don’t know much about Bididu, apart from the fact that they’re from Luxembourg, and they make some strikingly different bikes, mainly of the mountain variety… oh, and their motto is “Only dead fish swim with the flow”. As someone who’s interested in fish (no, really) I’d have to take issue with the ichthyological accuracy of that statement, but hey I think we know where they’re coming from.

The Ashi is certainly not a go with the flow sort of machine. It’s also the perfect bike at bedtime machine – it’s the bicycle equivalent of one of those dreams where everything at first seems normal but then the closer you look the weirder things get.

Although we’re calling it the Ashi, because that’s what’s written on the top tube and indeed what Bididu call it on their Flickr album about the building of the bike I’m pretty sure it was billed as The Righty when we came across it in Berlin back in 2016. Or maybe I dreamt that.

The Righty eh? We’ve all heard of Cannondale’s Lefty suspension fork? No? You weren’t paying attention when we featured the Slate on Bike at bedtime a couple of weeks back then - that had one fitted, the Lefty Oliver to be precise, the first road-going Lefty. The Lefty is suspension fork with one leg instead of two. It’s been around for about 18 years through various iterations which - until this year’s single crown Ocho - were double crown, single legged forks, with the leg on the left - the non-drive side. At some point during the Lefty’s 18 year lifespan Cannondale must’ve explained why the Lefty’s leg is on the left, but darned if I can find any explanation even on the special Lefty page of their website (maybe someone will tell us in the comments). I’m going to take a wild stab and say it’s because the drivetrain is on the right and that if the fork leg was on the right the non drive side of the bike wouldn’t be as laterally/torsionally stiff as the right which would be bad.

That said, there are plenty of bikes with rigid - rather than suspension - mono blade forks with the blade on the drive side - well, okay ‘plenty’ is probably pushing it - but the Look 796 TT bike certainly springs to mind. 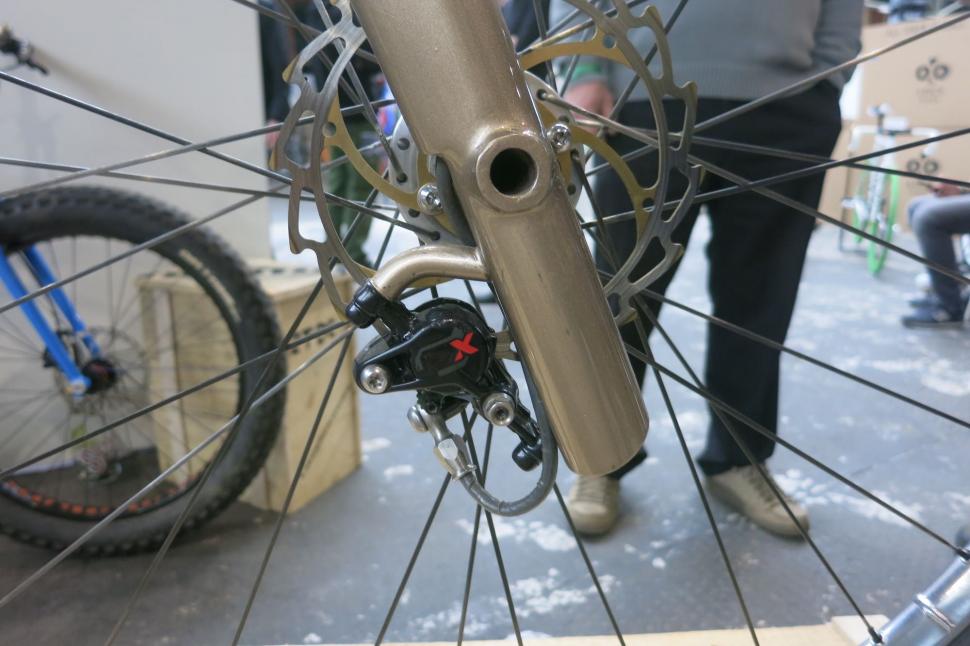 The Ashi has a mono blade fork, but it’s not a Lefty, I know let’s call it instead a Righty cos that’s where the fork leg is (also worth noting that it’s a unicrown fork too). And like Cannondale Bididu have, for whatever engineering or aesthetic reason decided that if the fork blade is on one side then the drive side is going to be on the other. In fact they’ve carried that thinking on and everything that would be on the left on a more conventional ‘go with the flow’ type of bike is on the right on the Ashi. So the disc brakes are on the right not the left - mounted to Bididu’s own custom made hubs. You have to admire the way they took building a mountain bike with a right-sided mono blade fork to it’s logical conclusion. Don’t know about you but I appreciate intellectual rigour - especially at bedtime. 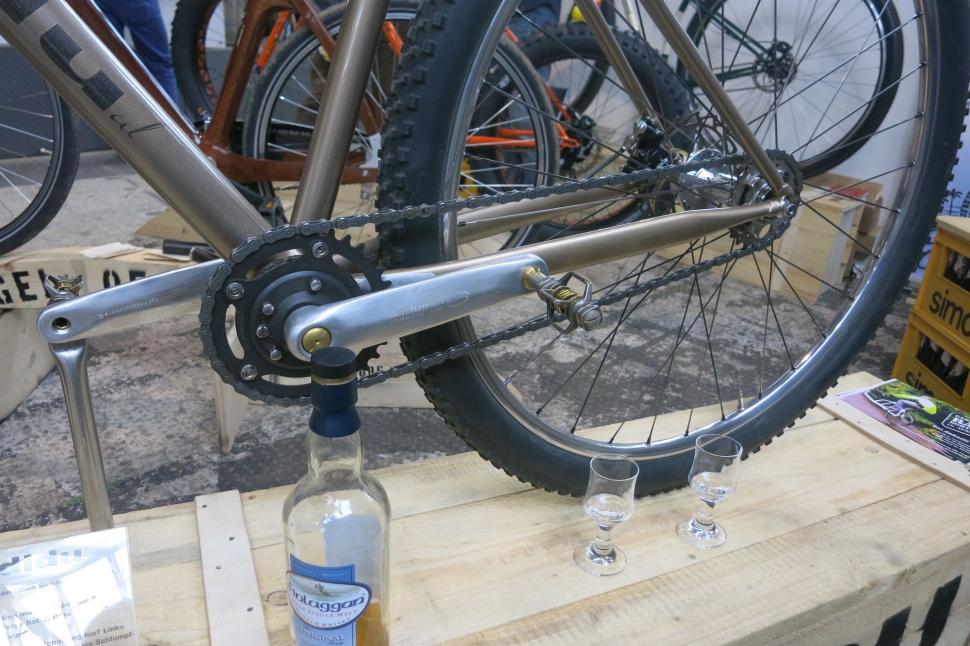 But the Ashi isn’t just about that fork. There’s plenty of other interesting stuff going on. The Ashi has dual speed Pinion (or Pinion style) internal gearing mounted in the bottom bracket - the bike’s full name is the Ashi Dualspeed. The cabling for the brakes is routed internally too through the handlebars and the fork crown  - also check out that long semi-integrated seatpost.

If you speak German you will be able to find out lots more about Bididu from their website - for lots more pictures of the Ashi and it’s construction check out their Flickr account. Ooh and check out the Ragnorak bike on there too.

You can find out more about Bididu at their website http://www.bididu.lu/ and more bikes at bedtime by hitting the Bike at bedtime tag just underneath this.