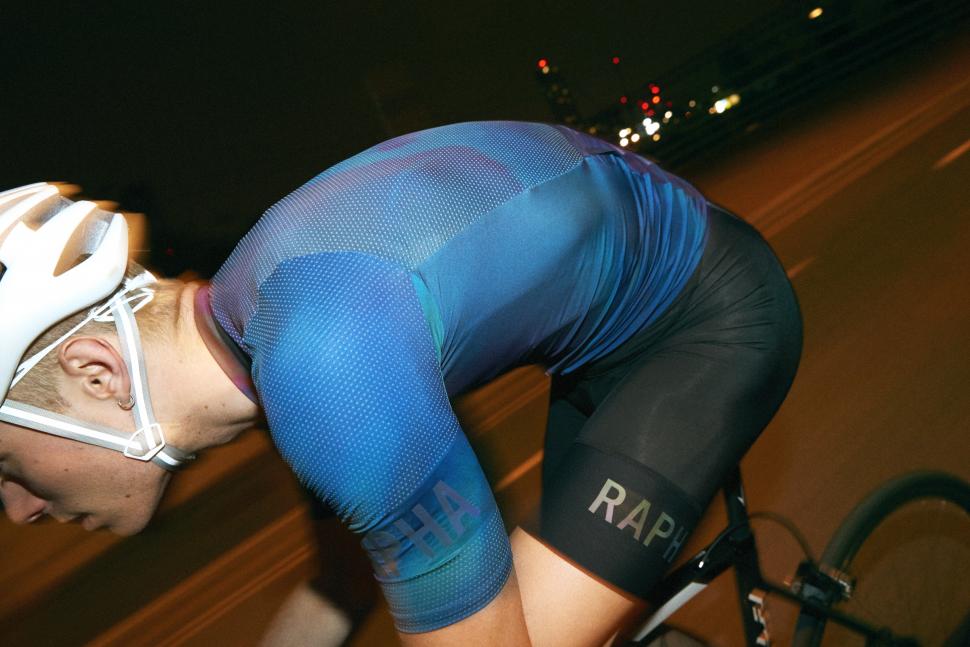 Rapha’s newest clothing launch is perhaps its most curious and unexpected yet, a Crit Collection that is aimed at the fast and furious world of criterium racing. 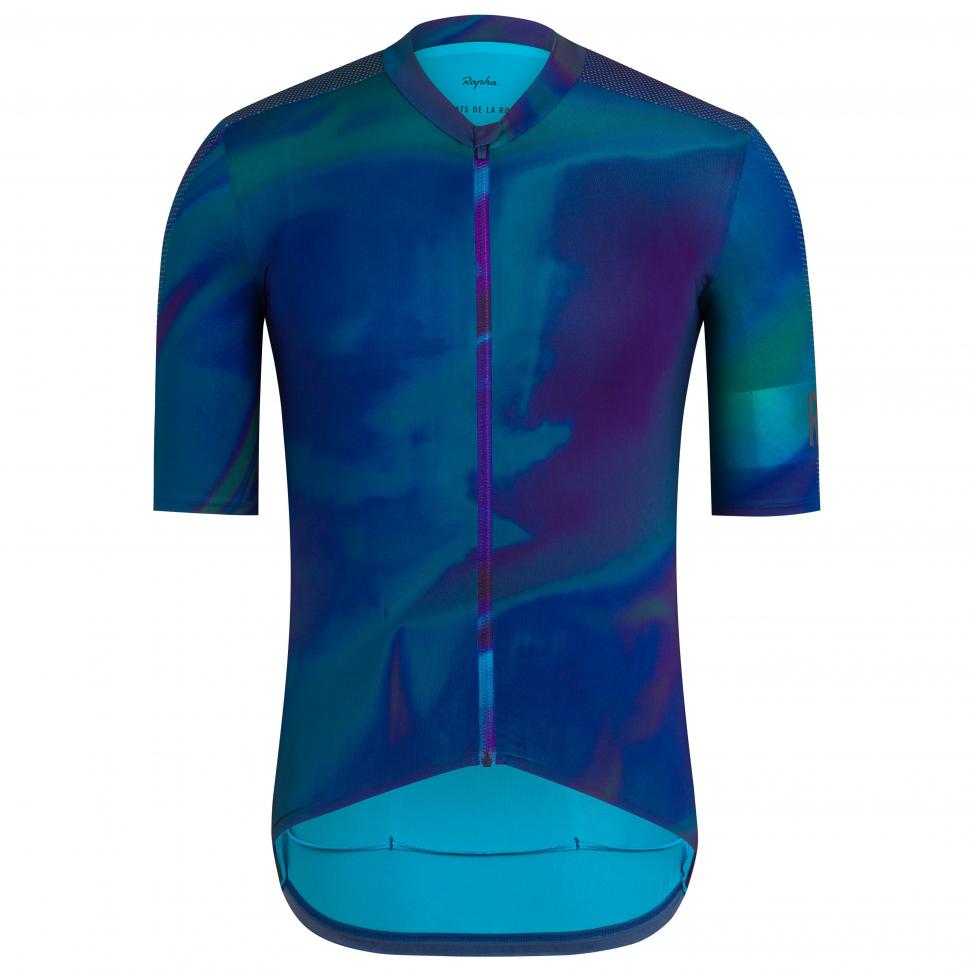 Previously the London-based clothing brand has offered race-focused clothing through its Pro Team collection, much of it formed following sponsorship of Team Sky.

Where the Crit Collection differs is by having a number of features designed for the particular requirements of crit racing. These include transparent pockets for race numbers, reflective logos for night races, and a minimalist design with a close fit. 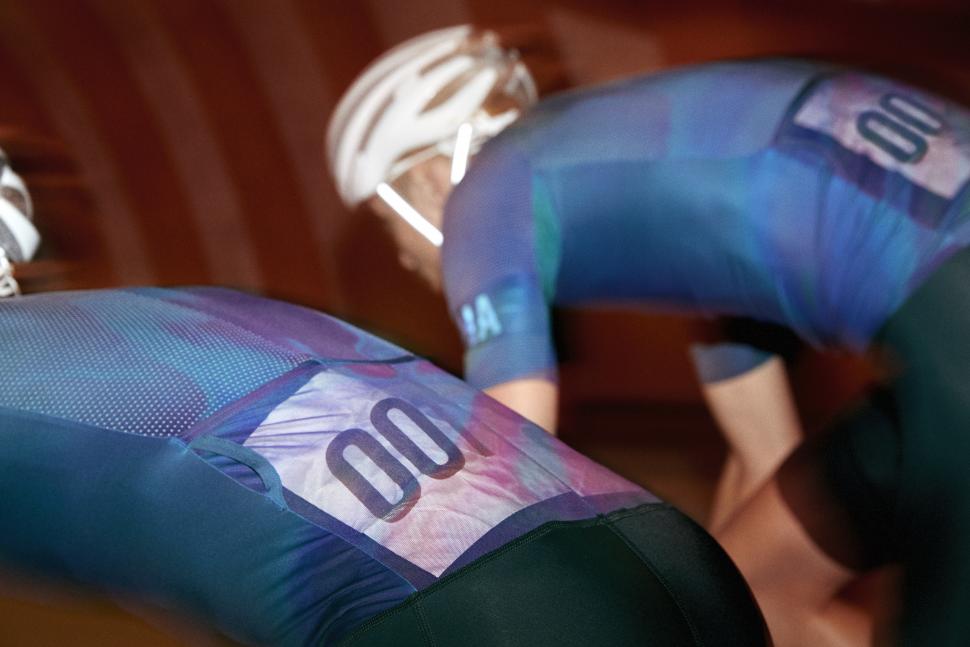 Those transparent pockets sound interesting. Rapha has added a layer of transparent mesh over the top of the pockets, into which the race number is inserted. If it works, it could be a genuinely better alternative to the old school method of safety pinning numbers to jerseys. The only other similar product we can think of is NoPinz, which uses a similar transparent pocket design. Rapha says numbers can still be pinned to the jersey if preferred.

And to ensure you really make a statement on the start line of a crit race, Rapha has taken inspiration from oil slicks to create an iridescent appearance the like of which we don’t recall ever seeing before. At least on a cycling jersey; the car world is very much into oil slick paint jobs as evidenced by this Google Image search 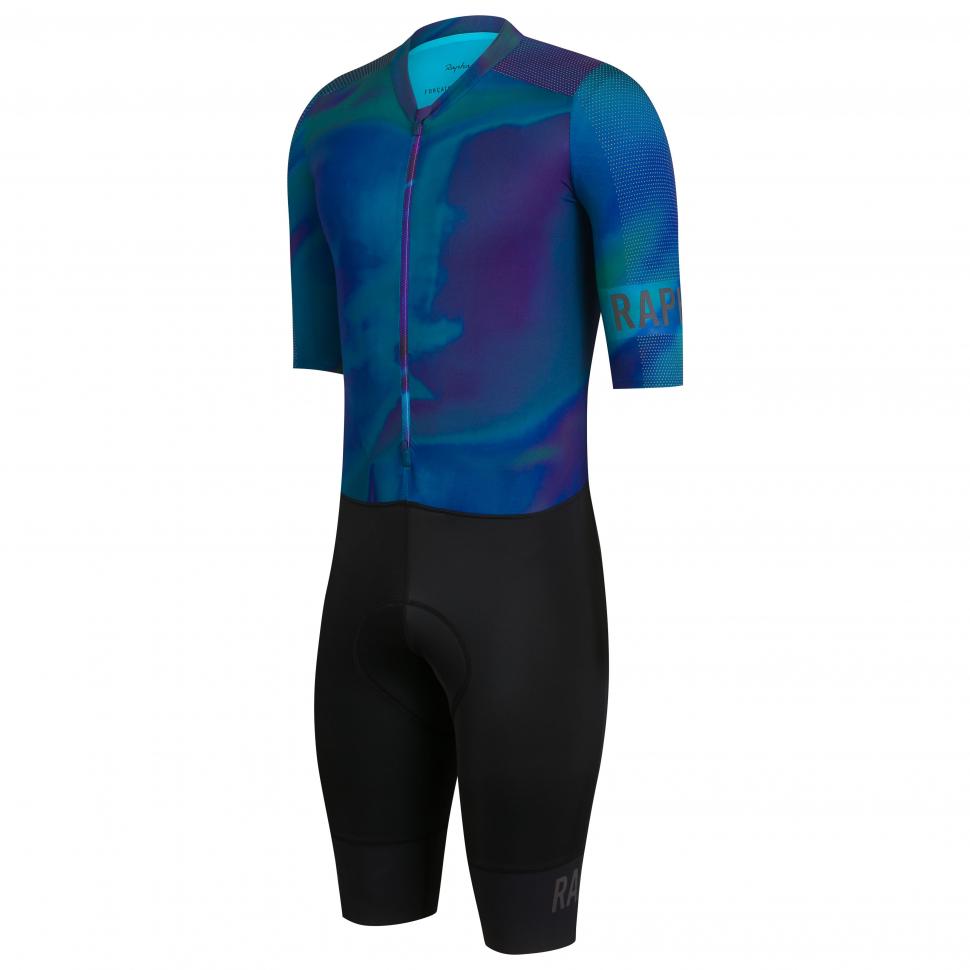 The only problem is, who is the clothing aimed at? Many people regularly racing crits will likely be riding for a team or club, so it won't be of much interest to them. If you're just starting out in racing it might be of interest, but the high prices certainly aren't appealing if you're just getting into racing with all the associated costs. Let us know what you think.

Prices are as follows: