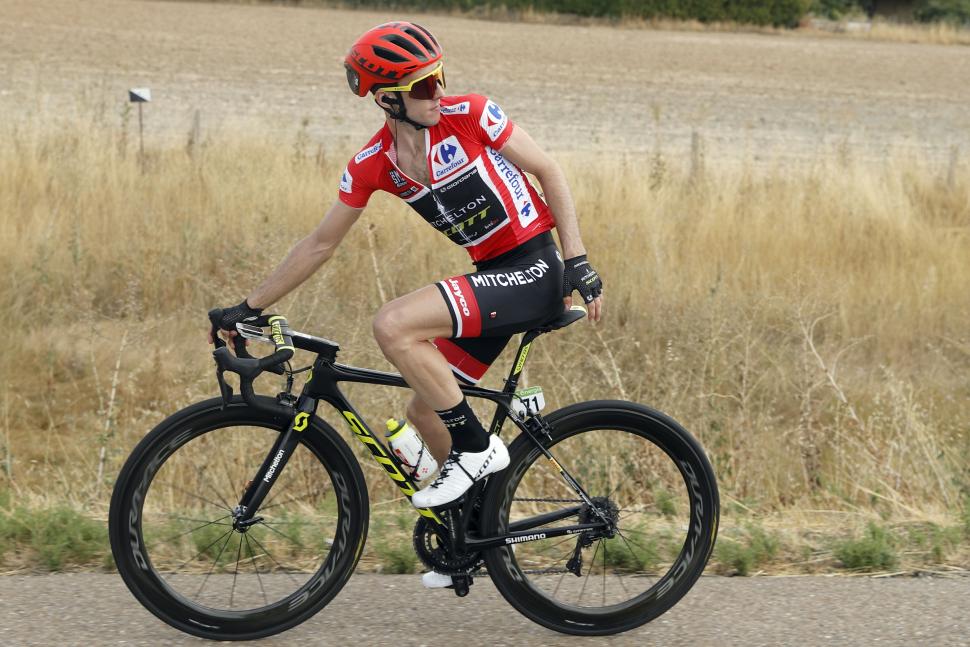 The Vuelta a Espana winning bike
by David Arthur @davearthur

Simon Yates won the Vuelta a Espana over the weekend, and while we know it's not all about the bike, here's a look at the bike he used to win the Grand Tour.

His Mitchelton-Scott team is sponsored by, yes you guessed it, Scott Bicycles and Yates chooses to ride the Addict RC. It’s the company’s lightest bike, one of the lightest production bikes in the world actually, with a claimed 790g frame and 300g fork. He could also ride the company’s Foil, an aerodynamic road bike, but he clearly chooses weight over aero. That’s normal for GC contenders as they don’t actually spend that much time riding in the wind, saving their energy for the decisive climbs where they hope to put time into their rivals. That said, he is using the Syncros RR1.0 SL one-piece aero handlebar and wears a Scott aero helmet rather than a more ventilated model, so aero does matter to an extent. 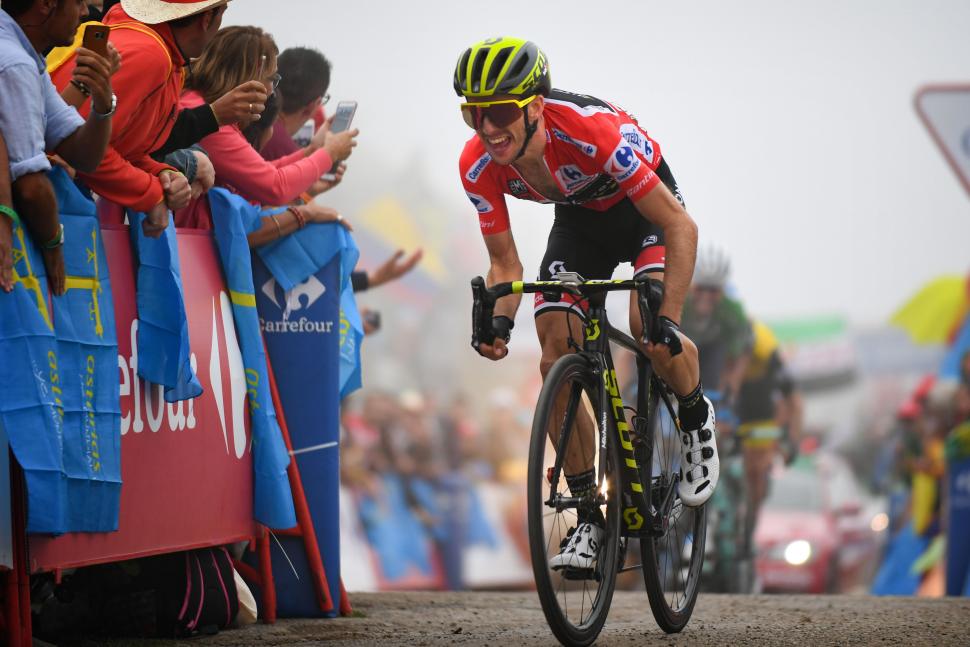 Back to the handlebar, and Yates is one of the few racers that have both sprint and forward-facing climbing shifter units fitted and hooked up to the Di2 groupset for multiple shift options. We’re used to seeing satellite shifters for the cobbled classics but they aren't a normal sight in a Grand Tour. His Garmin Edge computer floats out front with mount integrated into the Syncros handlebar. 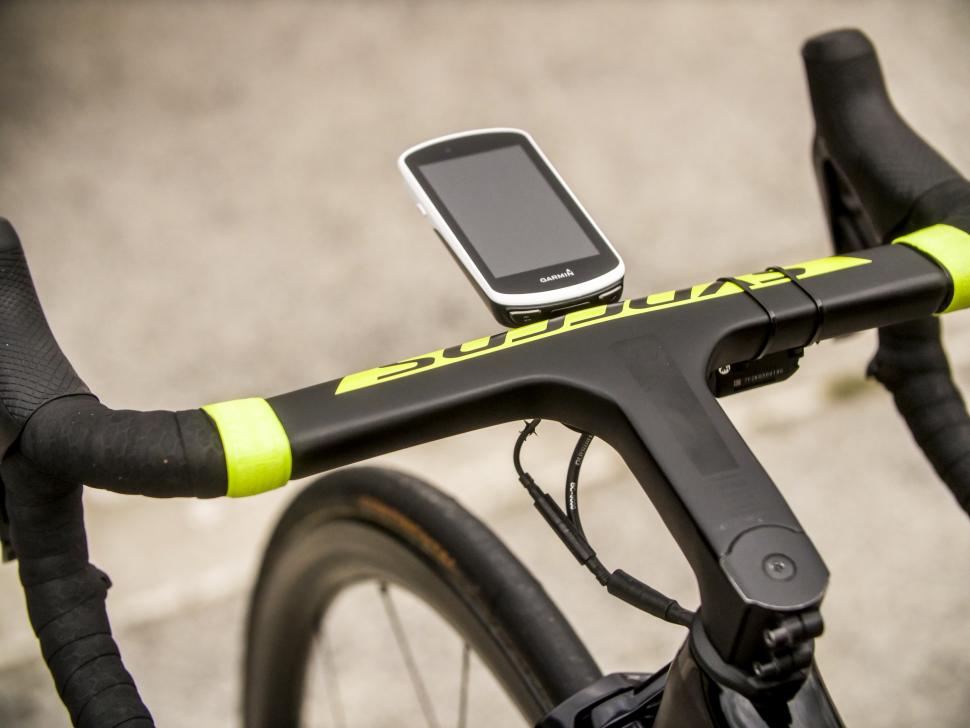 A full Shimano Dura-Ace Di2 groupset adorns his bike with Shimano’s brand new power meter, a switch from the SRM power meters the team was using last year. There are matching Dura-Ace wheels, with a shallower front rim matched to a deeper rear rim, and 25mm wide Continental Competition ProLtd tubular tyres glued to the rims.

No custom painted bike here, it's a standard team issue black and yellow bike. Until the final stage that is; Yates was gifted with a special edition race bike with the yellow Scott logos replaced with red ones, matching red bar tape. We don't have any photos of it but here it is on Instagram.

At 5ft 8in tall Simon rides a size small Addict RC with a 110mm stem and 40cm wide handlebar. His saddle height is 69.8cm measured from the bottom bracket, and his bar height (hub axle to under the bar) is 48.9cm. His legs spin on 170mm crank arms. Lace-up shoes are back in fashion, and Yates uses Scott’s RC road shoes and employs a footballers trick of wrapping the laces around the bottom of the shoes before tying them up, presumably to get the desired tension.