There were lots of nice bikes on display at the recent Bespoked UK Handbuilt Bicycle Show, but one of my highlights was seeing the bikes from new builder Spoon Customs, a company based in Brighton. For the show, it collaborated with Cole Coating Workshop to produce this very fetching ‘galaxy’ road bike. 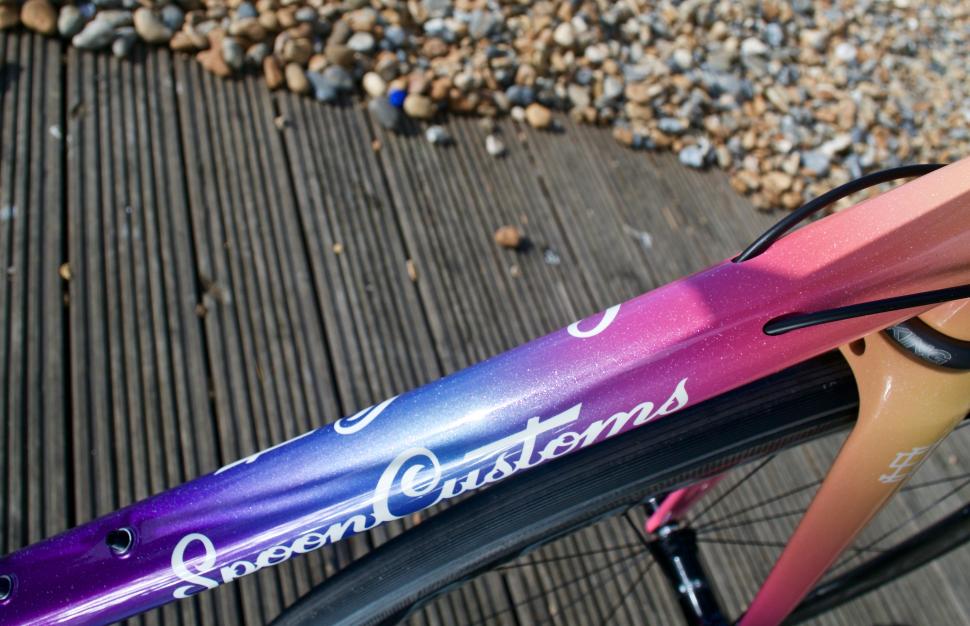 Spoon Customs build exclusively in steel and its founder Andy Carr has based his approach to building bikes on living out in Italy for a number of years, so the bikes based on the roads and climbs around this part of Europe, but also a desire to create bikes that feel amazing like the first one you rode, as he explained to us when we spoke to him at the show.

This custom painted was unveiled at Bespoked and is based on Spoon’s Izoard RR performance steel road bike. As the name suggests, this bike was developed and tested on the Col D’Izoard and combines a Columbus HSS front triangle with a Spirit rear triangle, all TIG welded together. So far so standard. But the paint job is anything but standard and was inspired by a pair of galactic-themed Nike Air Max 90 trainers. You can see what these graffiti styled trainers look like here. 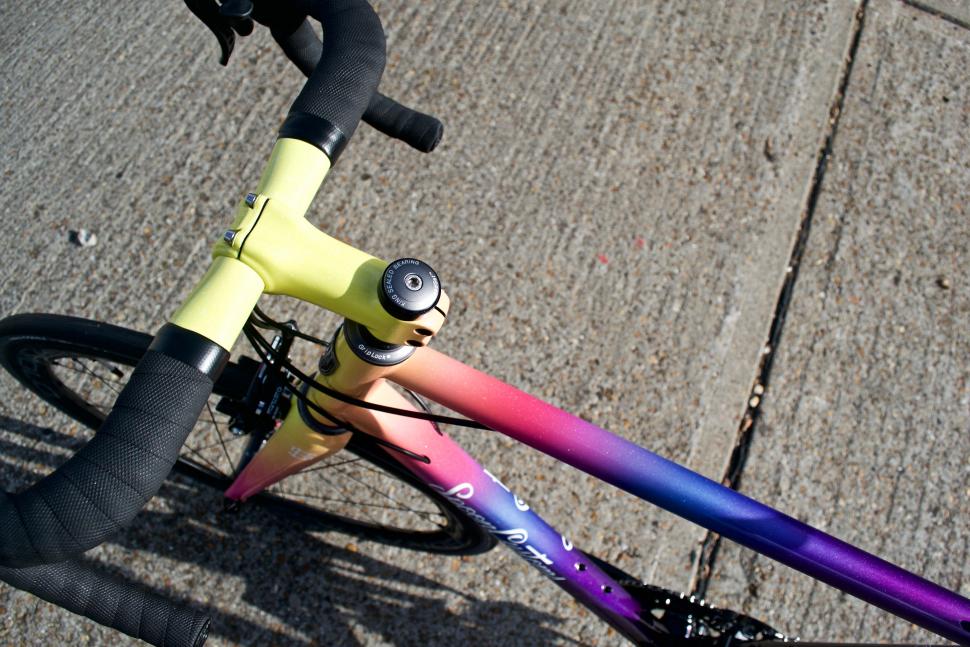 The paintwork was carried out by Dan Cole from Cole Coating Workshop in London. He used six separate colours to produce a similar look to those trainers and finished it off with a Tropical Glitz pearl top layer. We can't imagine it was that easy or quick to do, but the time was certainly worth it. Trust me, it looks better in the flesh than even these decent photos manage to show it off. 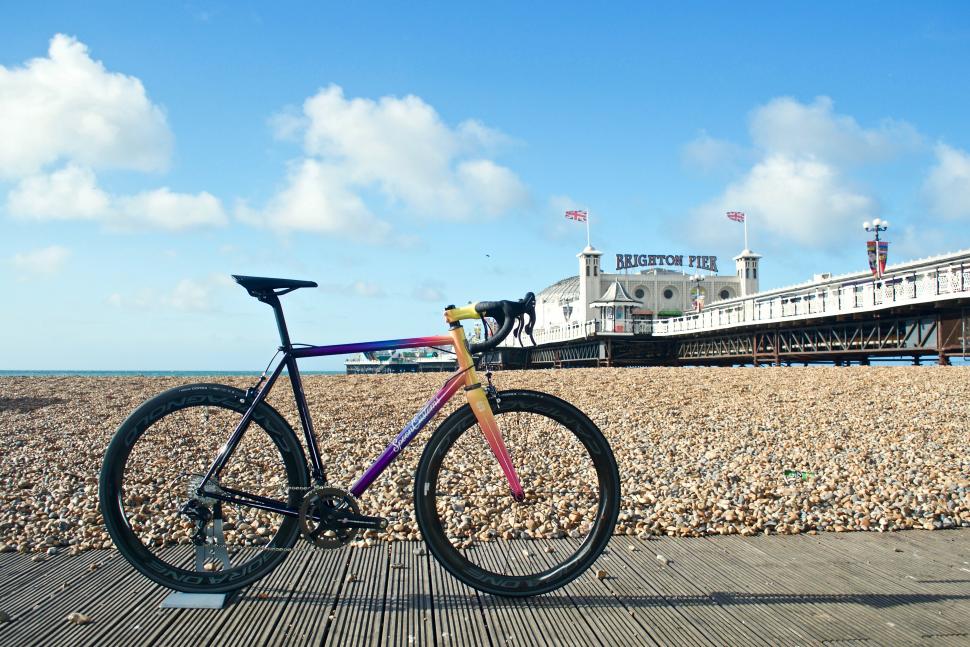 “The customer is a big character, and this design was inspired by a pair of Nike Air Max 90’s that she loved. We found an Xbox controller in the same style, and Dan and I came up with a palette that looks like a star exploding. Dan and I keep pushing to execute ever more technical stuff, and this is one of our favourites, for a very special customer,” explains Andy Carr, Spoon Customs Founder.

Like it? Let's hear what you think in the comments section below.

Find out more about Spoon at www.spooncustoms.com

1
Near Miss of the Day 376: Frightening footage shows driver overtaking cyclist with coach coming the other way
2
Near Miss of the Day 375: Close pass, traffic island and left-hook - all by one driver in the space of seconds
3
New products on the way from Shimano, Lazer, Pearl Izumi, Park Tool & more
4
BMC’s NTT Pro Cycling team bikes for 2020
5
Hell of the Ashdown sportive cancelled – but no refunds for those who entered
6
World Naked Bike Ride returns to London in June
7
Near Miss of the Day 374: Driver at traffic lights Must Get In Front
8
Video of car passenger throwing orange juice over cyclist goes viral