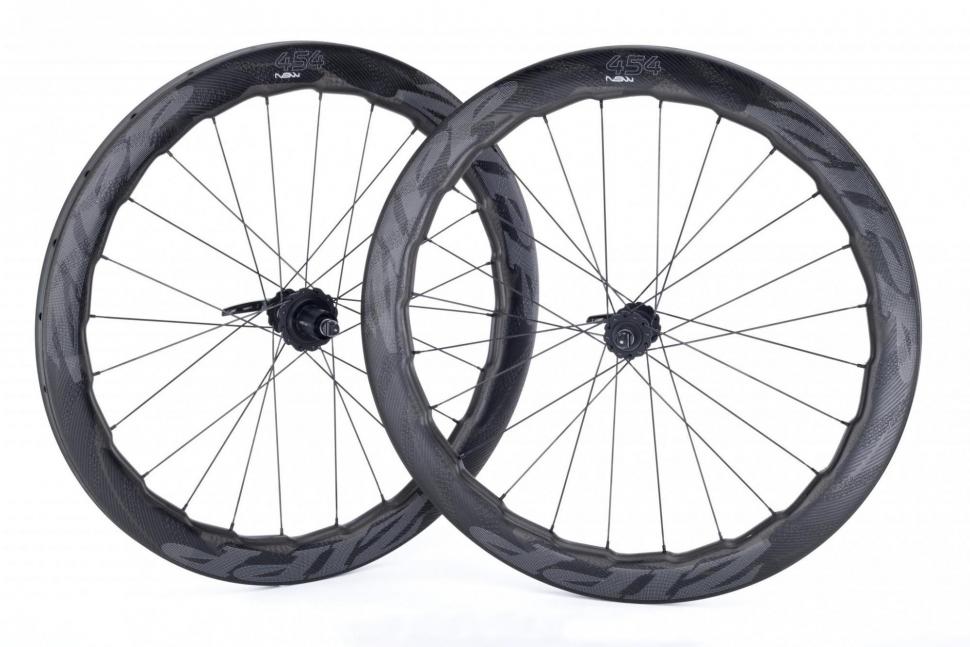 Zipp have made their first major product announcements of 2018, with the 454 NSW and 303 Firecrest wheelsets now available as tubulars. The Service Course SL-80 and Service Course 80 Ergo alloy handlebars and Tangente 25mm clincher tyres have also been revamped. Zipp have gone tubular for the wheelsets to meet the demands of the pro peloton, where tubs are still the tyres of choice (they're also selling them to the public). The new 303 Firecrest Tubular is in both rim and disc brake formats, utilising a new manufacturing process that borrows from the top-of-the-range NSW wheels while retaining a versatile 45mm rim depth. The rim brake wheel has Zipp's 'Showstopper' brake track which offers high levels of modulation and sharp stopping. The Sawtooth dimple design on the disc brake version extends all the way to the rim’s edge for reducing high yaw drag and improving stability in crosswinds. Zipp say both versions have seen refinements in construction to improve impact resistance too.  Both versions of the new rims feature construction upgrades that deliver improved impact resistance too. Prices are £907 and £1,079 for front and rear rim brake wheels, and £1,071, £1,250 for the disc brake versions. 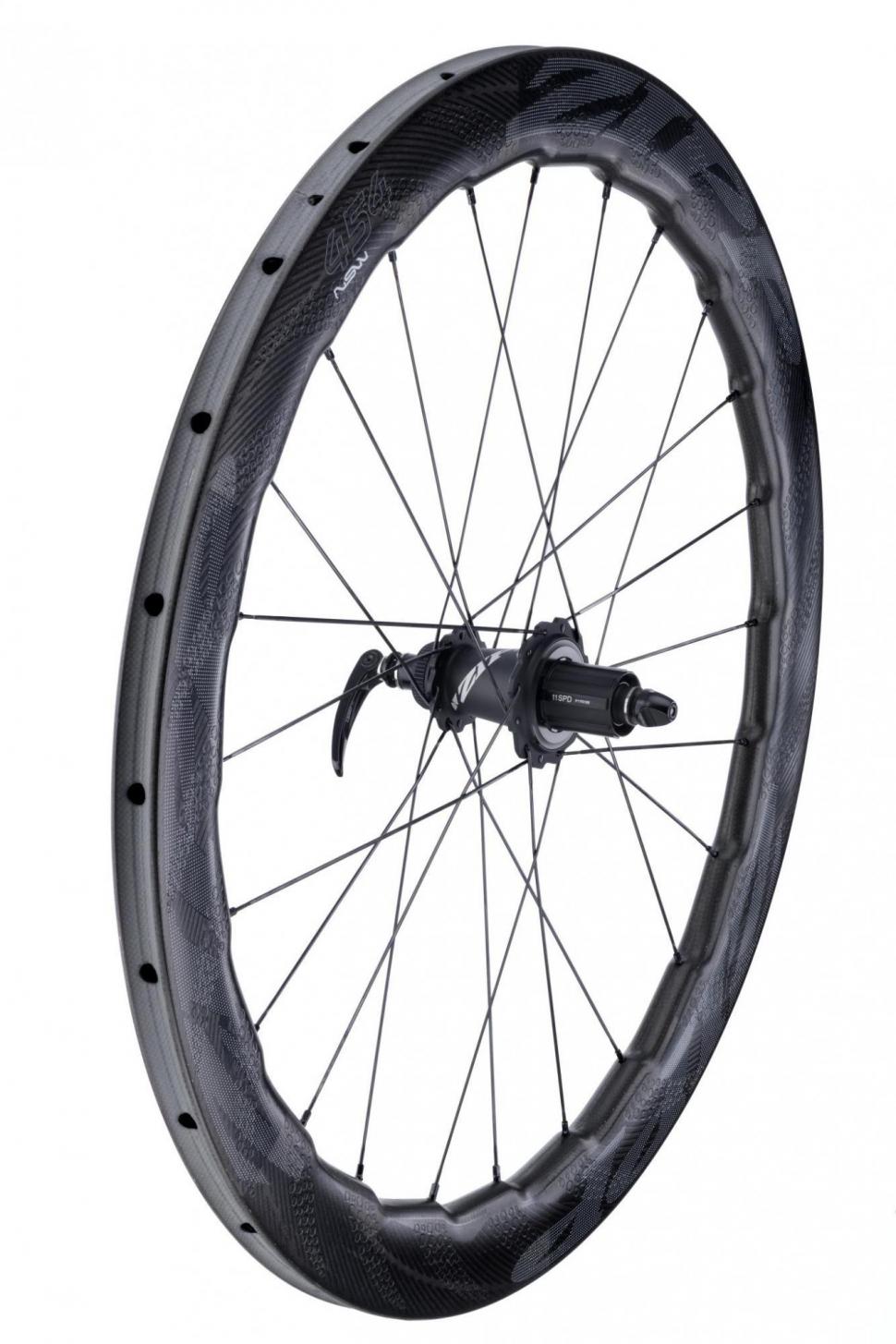 The NSW 454 Tubular is also available for both rim and disc, also including Zipp's Showstopper brake track on the rim version. Their ImPress graphics are printed straight onto the now trademark Sawtooth-shaped rims, which reduces weight and increases aerodynamics of the dimpled sections. The NSW-exclusive Cognition hubset is designed to roll efficiently when both pedalling and coasting, and the rear hub utilises Axial
Clutch technology that allows the freehub’s ratcheting mechanism to deliver a claimed half the drag of conventional three pawl hubs. The RRP's are lofty as you'd expect: £1,537 and £1,880 for front and rear rim and disc brake wheels respectively. 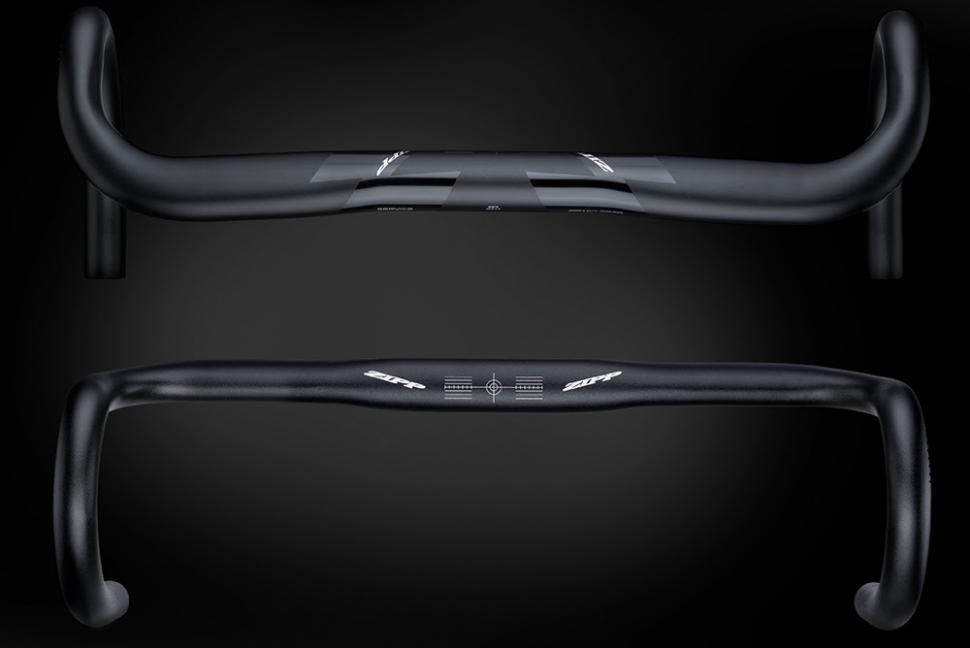 The updated bars are Zipp's Service Course SL-80 and Service Course 80 Ergos, both alloy and used by many World Tour riders. To increase the fit options available, both sets now have an option for those who prefer an ergonomic bar top - they're flattened with a 3° backsweep for a neutral wrist position on the tops, with the same 80mm reach and 125mm drop of the existing bars. Both the SL-80 Ergo and 80 Ergo bars are the first bars to be clip-on compatible, good news for triathletes and ultra cyclists. Both are available in four widths: 38, 40, 42 and 44cm, and prices are £109 for the Service Course SL-80 Ergo and £54 for the 80 Ergo. 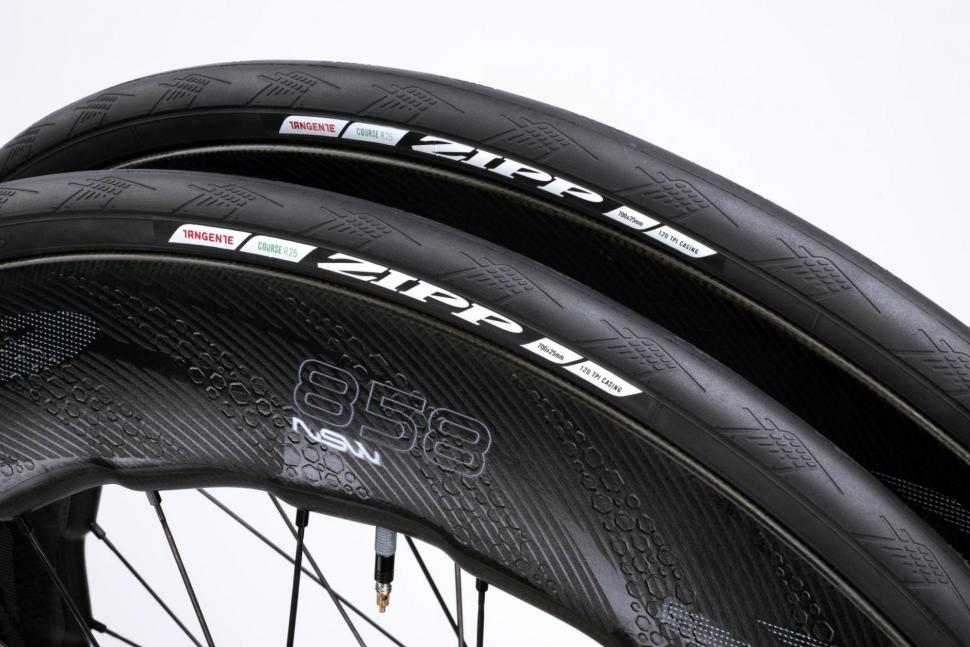 Zipp's first Tangente tyres have always been well received by road.cc reviewers, and the new versions promise even more in 25mm widths, with Zipp saying they've made 'significant upgrades'. A more advanced durometer rubber that Zipp have spent nearly year perfecting has been used, with a lower rolling resistance and improved cornering grip. Zipp even say their internal testing shown the rolling resistance improved over the first 100 miles when the tyres were more broken in. As for puncture protection, the Tangente Course R25 (more of a training tyre) has a nylon puncture protection strip between the tread and its 120 TPI nylon casing, while the Speed
R25 race tyre has a 220 TPI nylon casing for a super smooth ride. The Tangente Course R25 is priced at £58 per tyre, and the Speed R25 is £68.

All of the new gear is available to buy now and we'll be looking to test soon so check back for previews and reviews over summer...