This is Dan Craven’s brand new race bike, and unlike the majority of race bikes that are made from carbon fibre, this one is made from steel. He’ll be riding it at the Commonwealth Games tomorrow representing Namibia and afterwards, it and he will be on display at the Bespoked UK Handbuilt Bicycle Show next weekend. 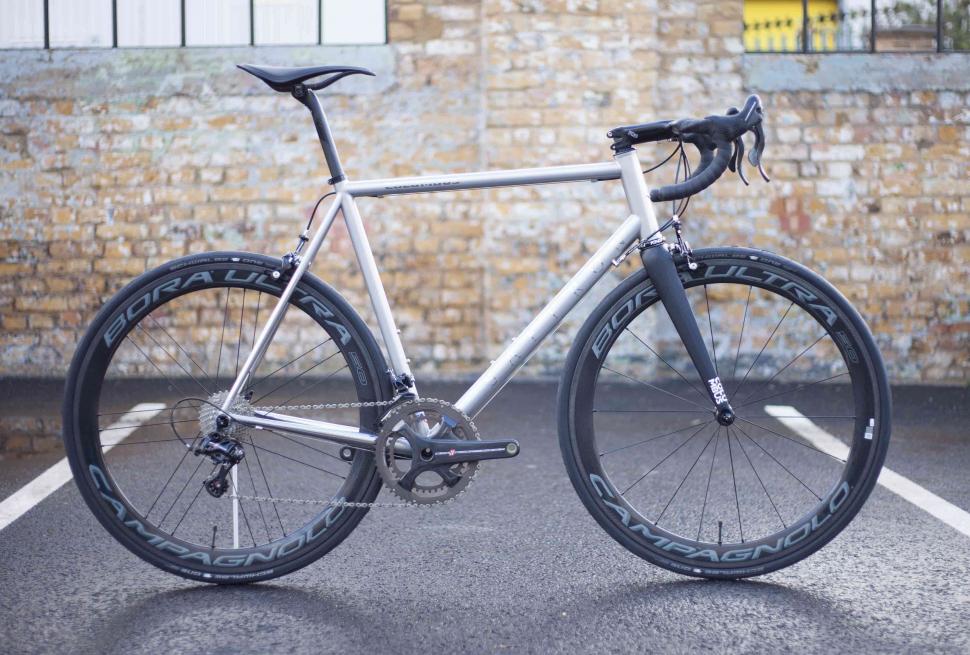 That Dan is choosing a steel bike over a carbon one is no surprise. His preference for steel bikes first came to light back in 2010 when he was racing for the Rapha Condor team. He worked with the Condor, the London-based bike shop and bicycle brand on developing a steel bike that had all the performance necessary to not hold him back in a peloton full of carbon bikes. 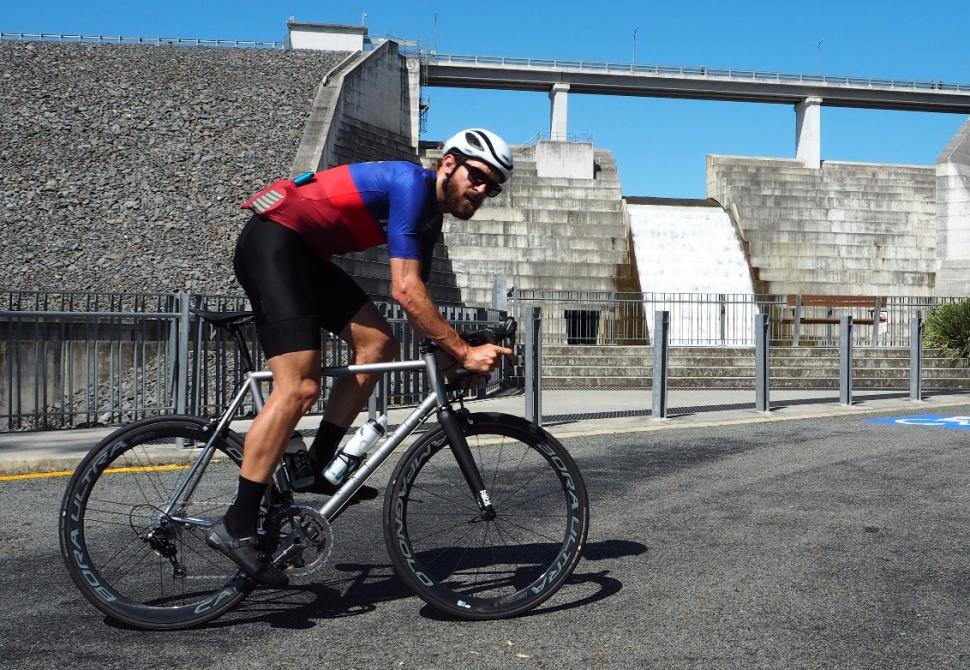 His prototype, dubbed ‘Steely’ proceeded the eventual production bike that went on to be called the Super Acciaio. The bike was used by Dan during the full UK season of road and crit races and he rode it to victory in the King of the Mountains competition in the Tropicale Amissa Bongo race in Gabon.

Since then the idea of performance steel race bikes took on a new lease of life. The Super Acciaio was the first bike in a small movement that saw other brands attempt to put steel bikes back in the peloton. Genesis Bikes also enjoyed quite a bit of success when its team began racing the stainless steel Volare, a bike that was developed specifically for the demands of racing. 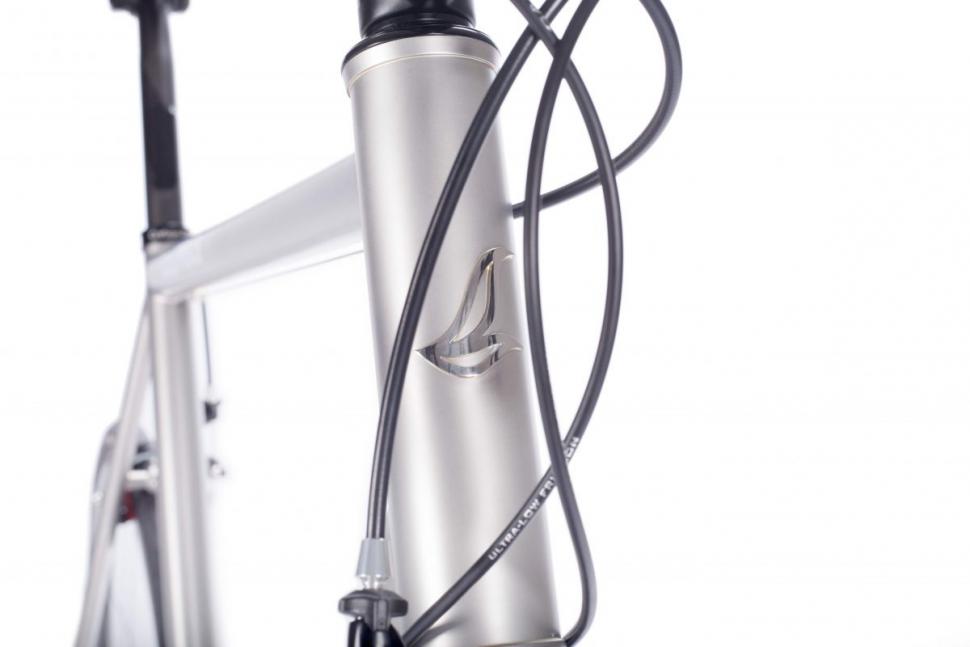 Now there’s a growing number of small-scale framebuilders that by utilising the latest tube developments from Columbus and Reynolds are building bikes that challenge the notion that you have to go carbon if you want a light, stiff and race-ready bike. As a visit to Bespoked next week will show you.

Back to Dan’s new bike, and it’s built from a Columbus XCr stainless steel tubeset, the tubes TIG welded together and no finished applied to save weight. The fork is a Columbus Futura with a Chris King Inset7 headset, and the Campagnolo Super Record groupset is one of the lightest money can buy. Add a pair of Campagnolo Bora Ultra wheels, Schwalbe One tyres and Fabric ALM saddle, and you have a very nice bike indeed. 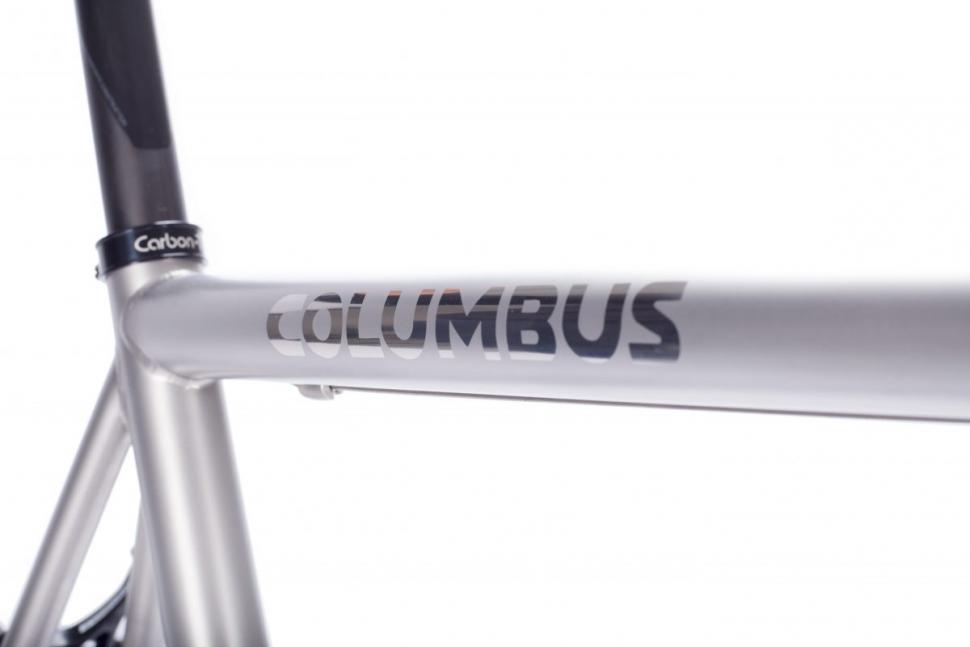 The planning of this bike began last February and went ahead in March, with the objective to make a race-ready stainless steel bike with a target weight of 7kg to suit the mostly flat Commonwealth Games course. Saffron says details key to this bike include a high bottom bracket and steep head angle to provide a lively and agile handling. 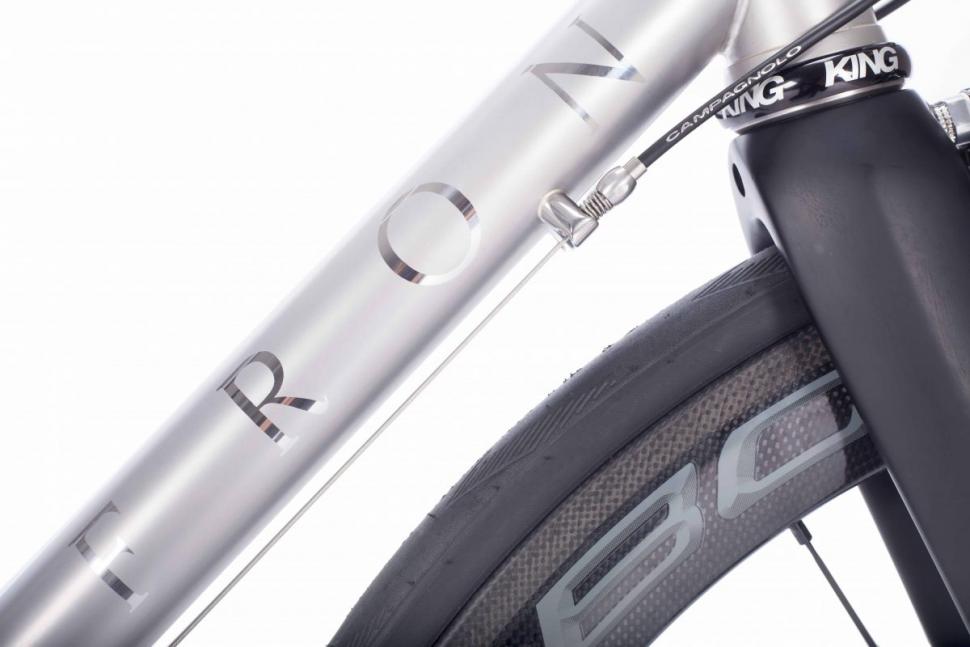 Describing the handling after his first shakedown ride upon arrival in Australia ahead of the Commonwealth Games, Dan had this to say:

“The geometry Matt [Sowter; Saffron founder] and I decided to use makes this bike nippy – and oh so much fun. Unlike other bikes I have ridden which, might be a bit “easier” to handle – but are therefore a bit… well… boring. Of course, being my first stainless steel bike – I cannot, in all honesty, say how much that has to do with the geometry and how much has to do with the material. Or as I suspect – it’s a combination of both. After all, that's why we chose to build with this material in this way.

As we mentioned up top, Dan has always had a soft-spot for steel race bikes. He adds: 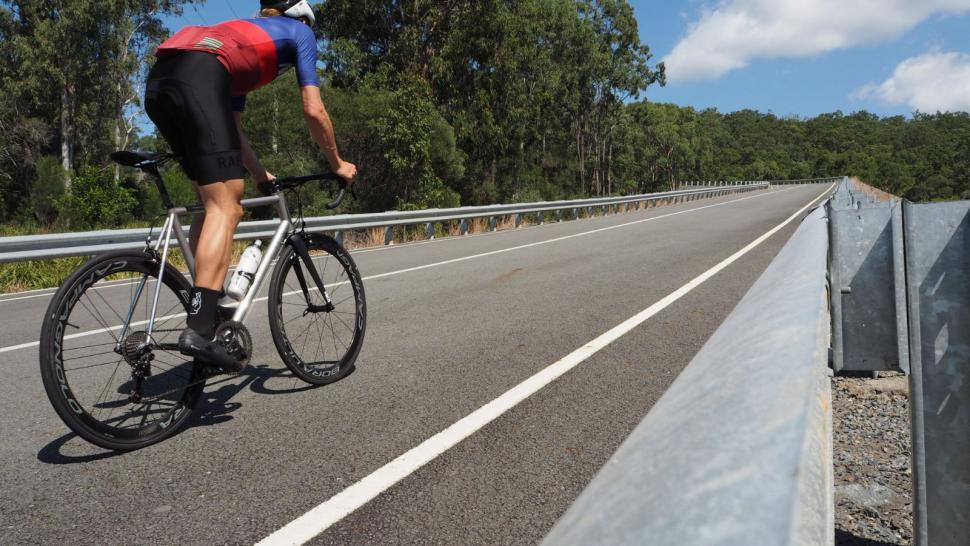 “I’ve always been a huge fan of chromed or stainless bikes. Shiny chain stays especially. So having a whole bike built just the way I want it makes me seriously happy. The Breezer dropouts are my favourite (seriously – if you prefer a different type of dropout I do not understand you). The straight, chunky head tube just makes for such a clean and solid look that I really think is timeless and classic – without being in an old-school way. In my eyes, all of the tube diameters are in perfect relation to each other (something that often ruins otherwise perfect steel bikes in my opinion). All topped off with the subtle sandblasted and shiny look. Once again, classy, subtle and just utterly beautiful!”