Claimed to be the most aerodynamically efficient ever made, the new WTO (wind tunnel optimised) wheels have seen Campagnolo ditch tubular and offer them as tubeless-ready clinchers only
by Jack Sexty

Legendary Italian component brand Campagnolo are on a roll to celebrate their 85th anniversary, with the new Bora WTO race wheels launched on top of the 12 speed Super Record and Record groupsets announced this morning. WTO stands for 'Wind Tunnel Optimised', and is the latest development in Campag's widely commended Bora series. Not only do they claim to have conducted the most exhaustive aerodynamic study Campagnolo have ever done, but the findings have also led them to ditch tubular entirely and just make them as one clincher set with a tubeless-ready converter kit included. This means even the pros running Bora WTO will be on tubeless tyres, because according to their research, Campagnolo insist it's the out-and-out fastest way to go. 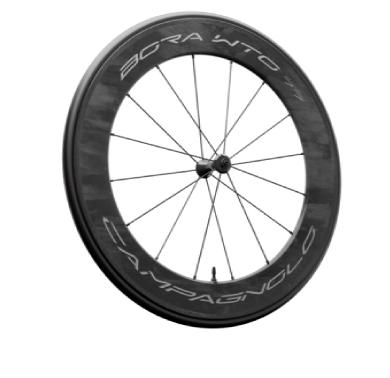 They will be available in 60mm or 77mm depths (with the 77mm front wheel-only as it's intended to be paired with their Bora rear disc wheel for time trialling) and have a completely new rim design to the Bora One and Bora Ultra wheels. Campag based their wind tunnel testing on real-world conditions, trying out many different angles and wind speeds to replicate what a rider faces out on the road. This was also supplemented with ride data collected on two different continents, and wind tunnel testing was always conducted with a rider on the bike to make the findings more accurate. Campag have opted for the C19 width for the rims, which provides a much better fit with 25mm and 28mm tyres to create a more aerodynamic shape overall. Perhaps the most interesting findings were with tyre choice: testing tubular, clinchers and tubeless tyres, Campag found that tubulars were the slowest option, then clinchers, and tubeless were fastest. It's led them to drop tubular versions of the new wheels altogether, which mean pros using the new wheels will be riding tubeless. The rest of us can run them as clinchers, but just need to add the conversion kit to go tubeless (no rim tape required thanks to Campag's MoMag technology).

Other aero innovations include new curved hubs, and even the spokes are shaped for aero efficiency. To get the shape they wanted the spokes are made from machined alloy, possibly adding some weight but making that all important more aero shape. The 60mm wheels have USB ceramic bearings and the 77mm wheel features the super high-end CULT ceramic bearings. 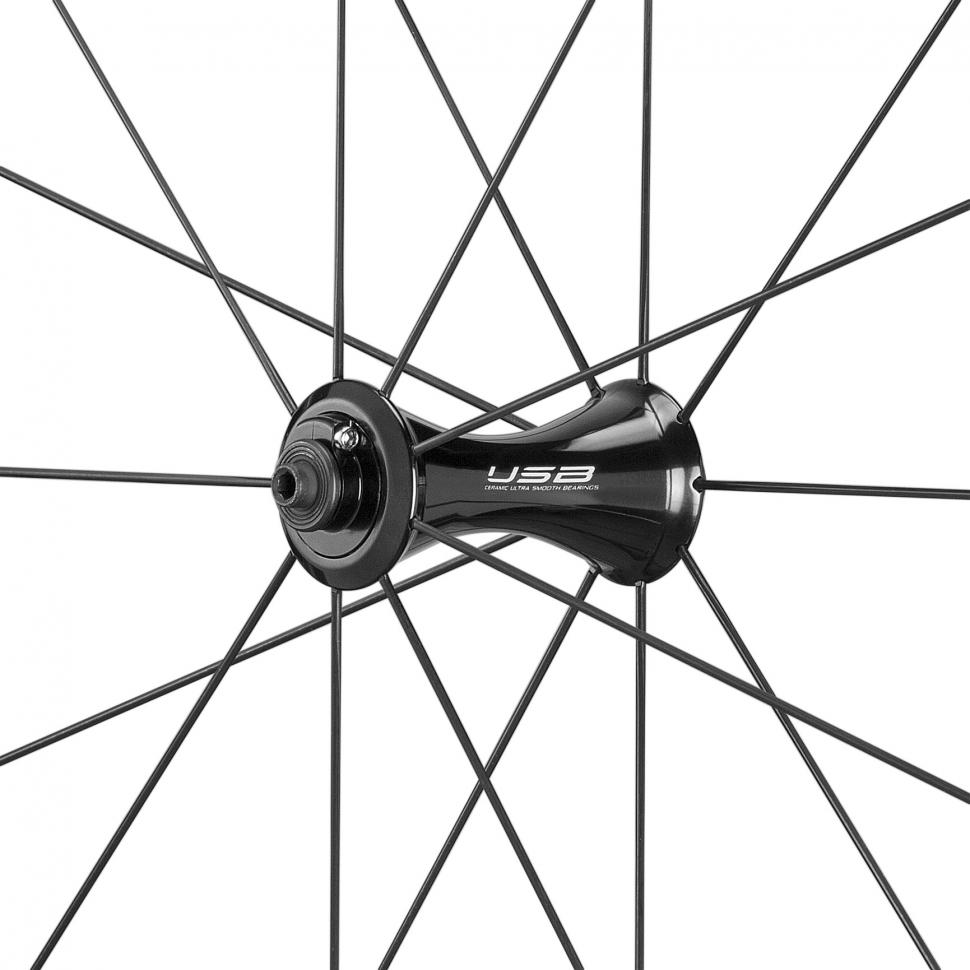 Campag have also worked hard to keep the weight as low as possible, with the 60mm pair coming in at 1540g and the 77mm front wheel just 745g. They don't have a landing date or price as of yet, and at the moment are rim brake only; but we'll be keeping an eye out for their arrival and any news of disc versions in the near future...