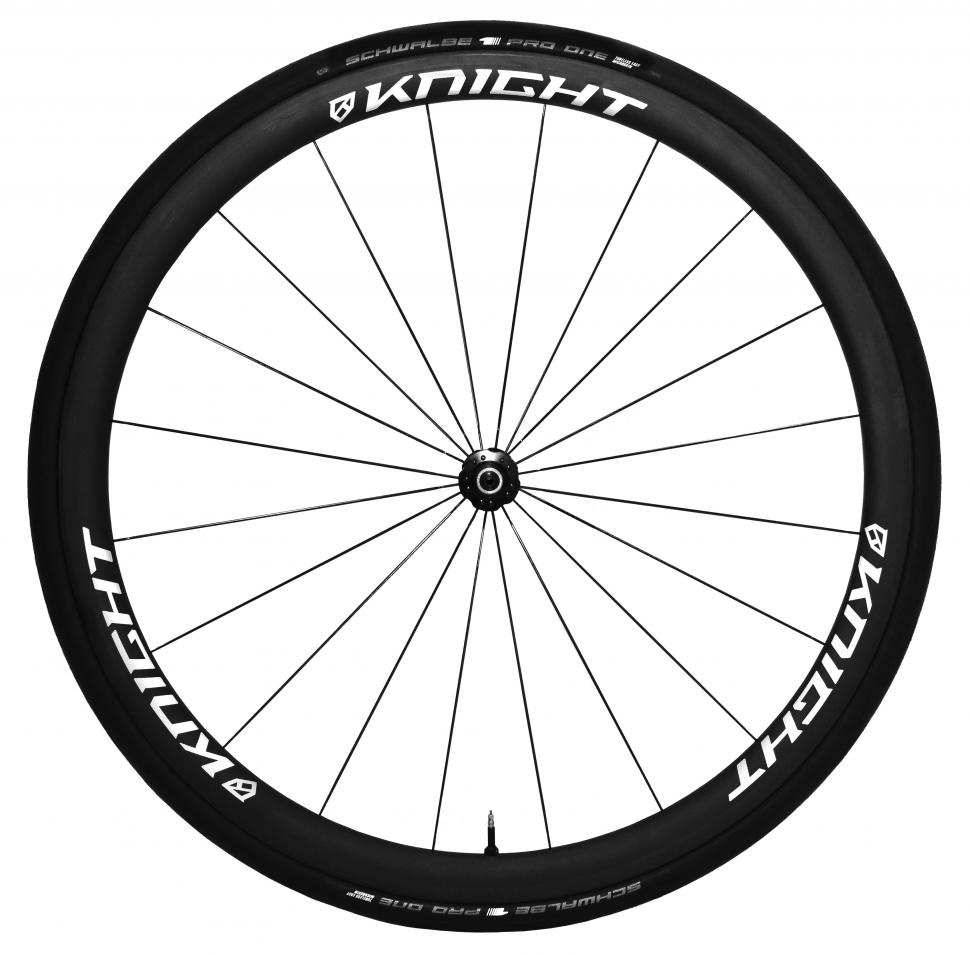 Knight launch new TLA wheels, claimed to be the world's 'easiest and fastest'

The new 'tubeless aero' wheels are available in 35mm and 50mm depths, can be inflated with a standard floor pump and are optimised for 25mm tubeless tyres with a brand new rim profile
by Jack Sexty

Knight Composites have launched the TLA, or 'Tubless Aero' wheelsets in 35mm and 50mm depths, claiming the new wheels are as easy to fit as clinchers and inflate with a standard floor pump. There are rim and disc brake versions available.

27 of the best road wheels
Buyer's guide to tubeless tyres

Knight have took their time to create something that they say is groundbreaking in the tubeless wheel market, and claim the TLA's open up tubeless technology to those who perhaps thought tubeless were too tricky to fit or required special equipment. The rims have a new centre channel which reduces wall height, which is supposedly as easy to fit as a clincher with the TLA wheels. The internal rim profiles are 'hookless', meaning the rim tapers inwards to lock down the tyre bead. This gives up to twice as much sealing surface as previous hooked rim designs, and it also removes the need to use a special pump with an air chamber - a standard floor pump will do the job on the TLA wheels.

Knight have collaborated with Schwalbe to optimise the TLA's for 25mm tubeless tyres. On the 50mm wheels the tyres come in at 28mm wide on the aero optimised rim profile, wide but not too wide so frame clearance won't be an issue. The weight has also been kept pretty low, with the 35's coming in at 1430g and the 50's at 1510g (Knight don't say if that's the weight of the rim or disc versions though we'd guess it's the former).
Knight have also done their homework to make the wheels fast too, and while we've got no hard numbers, the TLA's were subjected to Trailing Edge Aerodynamic Manipulation Technology (TEAM), which looks at the wheel performance on the bike rather than in isolation. The TEAM system focuses on how the air flows from the tyre, to the rim and back to the tyre, and ultimately to the down tube and the rest of the frame.

All wheels come with Sapim CX Ray spokes and Rotor RVolver hubs, and Knight's new rim profile is patent-pending. The TLA wheels also come with revamped looks and a brand new logo, that will be rolled out on all new Knight wheels in the future. We've only got prices for the TLA's in USD at the moment, with both the 35's abd 50's coming in at $2,299.