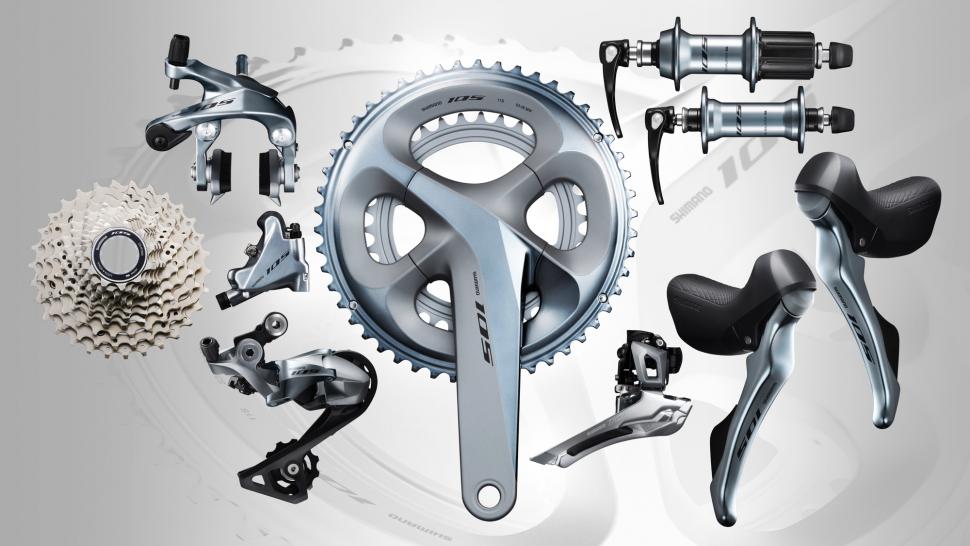 Shimano has announced the release of a new version of its mid-level 105 groupset, R7000, which features disc brakes for the first time and cassettes as wide as 11-34-tooth. Previously, Shimano has offered 105-level disc brakes but they’ve not been integral parts of the groupset. Di2 electronic shifting has not trickled down from higher-end Dura-Ace and Ultegra, although aesthetically 105 R7000 borrows a lot from those higher level groupsets. 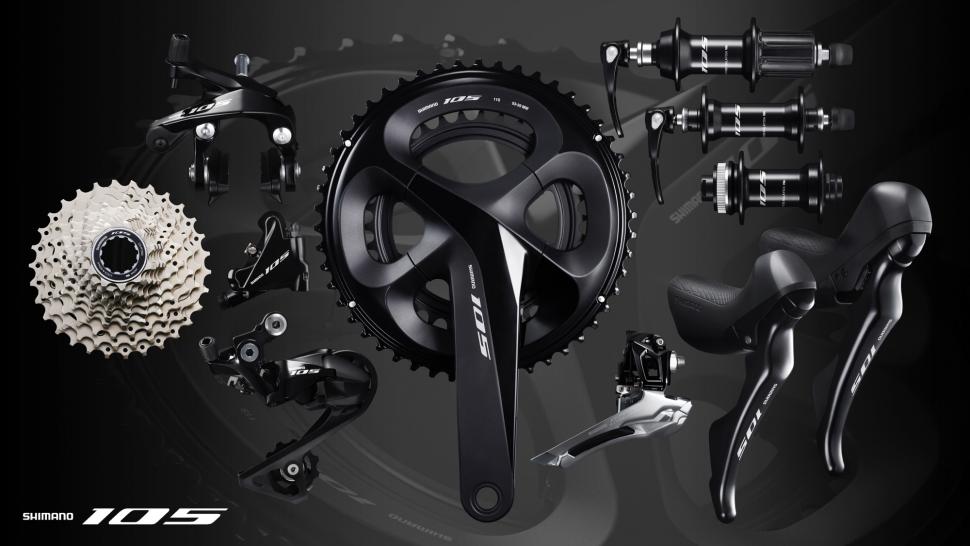 105 is Shimano’s most affordable 11-speed road groupset (of the cheaper groupsets, Tiagra is 10-speed, Sora is 9-speed and Claris is 8-speed). The Japanese brand claims that it is the most popular groupset in the world in terms of sales. It is available with mechanical shifting only, Shimano having previously indicated that it has no desire to extend Di2 beyond Dura-Ace and Ultegra, as far as its road bike groupsets go.

Here's our report on the launch of Shimano's updated Ultegra groupset. 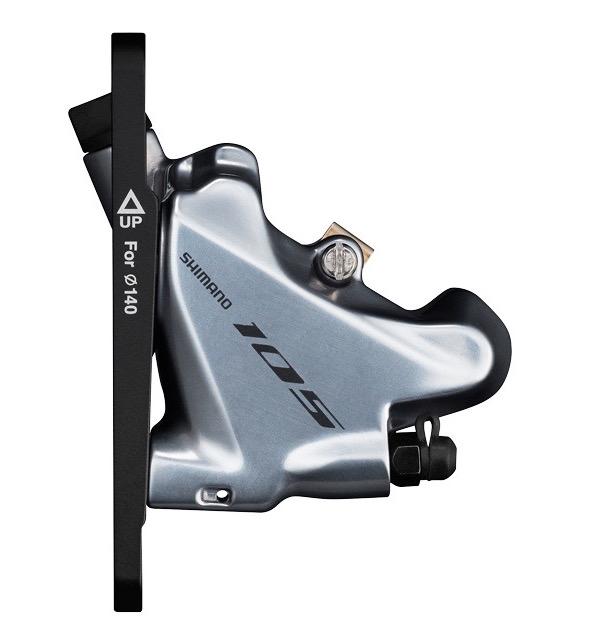 “The biggest news for new 105 is the addition of disc brakes to the series line up,” says Shimano. “New flat-mount BR-R7070 callipers are compatible with [existing] Ice Technologies pads and UCI-compliant non-90 degree SM-RT70 rotors (including a new 140mm size) to offer greater cooling efficiencies.”

Ice Technology is the name Shimano gives to its designs that are intended to keep disc brakes cool in use. 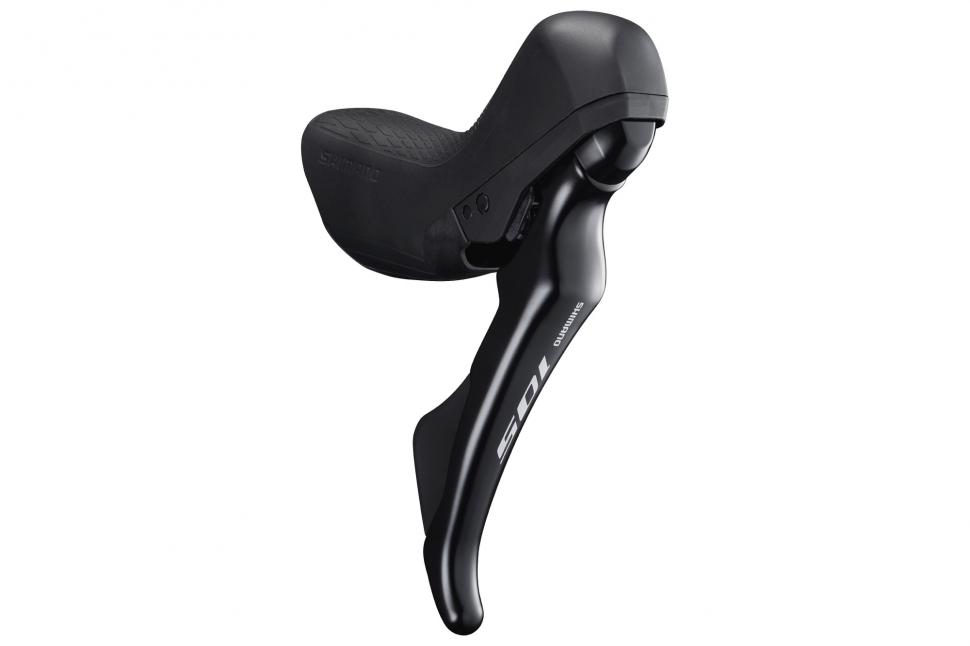 “Brake operation is handled by new ergonomically shaped hydraulic dual control levers (ST-R7020, above), matching the design of Ultegra ST-R8020 levers with a greater range of reach adjustment for different hand sizes. To provide even greater customisability, 105 R7000 offers a version of the dual control brake/gear lever (ST-R7025) to better suit smaller hands by being angled closer to the bar, and taking more of an outboard position for better connection and to avoid interference with the handlebar drop during lever operation.”

Shimano says that gear shifting is both faster and lighter than with previous generation 105 5800, and the stroke required is shorter. 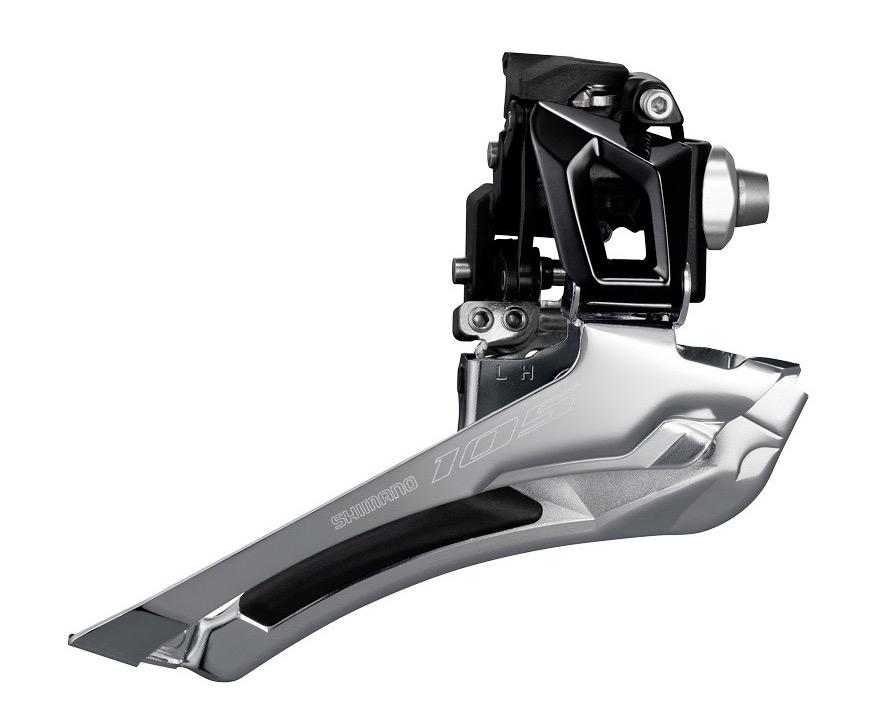 If you go for the long cage rear derailleur (RD-R7000-GS) you can run a cassette (CS-R7000) with sprockets as large as 34-tooth – the maximum was 32-tooth previously. The rear derailleur is Shimano’s Shadow design, as used in the Dura-Ace and Ultegra groupsets, meaning that it’s low profile, tucking in more than before below the cassette and chainstay so it’s less exposed. 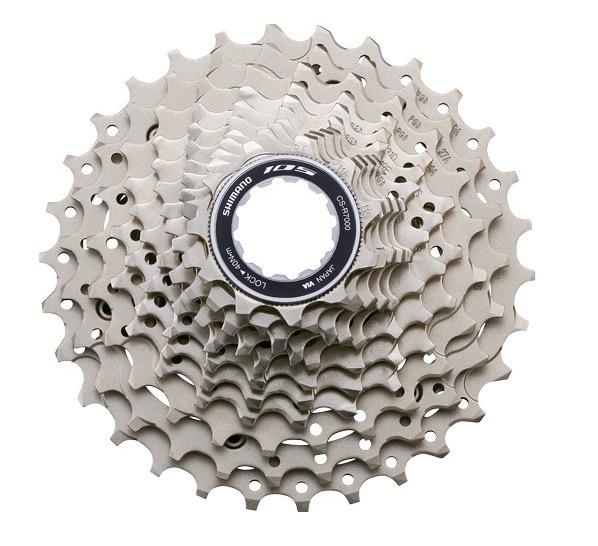 The 105 R7000 chainset is available in 53-39-tooth, 52-36-tooth and 50-34-tooth versions. As previously, they all have the same bolt circle diameter (BCD) so swapping to differently sized chainrings is straightforward. There's no 46/36-tooth option for cyclocross.

“The inner chainring has been positioned to reduce the effects of cross chaining or [chance of] chain drop, better suiting bikes with disc brakes and criterium racing bikes,” says Shimano.

Although 105 R7000 features disc brakes for the first time, Shimano already offered 105-level disc brakes that were effectively part of the groupset in all but name. Still, it looks like Shimano has been busy trickling down a lot of technology from higher level Dura-Ace and Ultegra, most notably in the design of the re-sculpted chainset and the Shadow rear derailleur. The fact that the rear derailleur can now handle a 34-tooth sprocket isn't entirely surprising – the Ultegra R8000 rear derailleur already has that capability – but it'll be welcomed by many. The market is certainly moving towards lower gear options.

As is nearly always the case with a mid-level groupset revamp, it's a case of evolution rather than revolution here. Shimano hasn't come up with anything radical for the gravel/adventure market – there's no 1x single ring chainset, for example, just the possibility of a slightly increased gear range – with 105 clearly still focusing on enthusiast road riders, which is where the big numbers are. We've yet to use 105 R7000 but if the trickle-down technology works anything like it does on Dura-Ace and Ultegra you're going to get a lot of performance for your money here – and that's what 105 has traditionally been about.

New Shimano 105 R7000 components will come in two different finishes, dual tone black and silver. They will be available from June 2018. We don't yet have weights for any of the components.

Of course, you can’t have all that on just one bike!