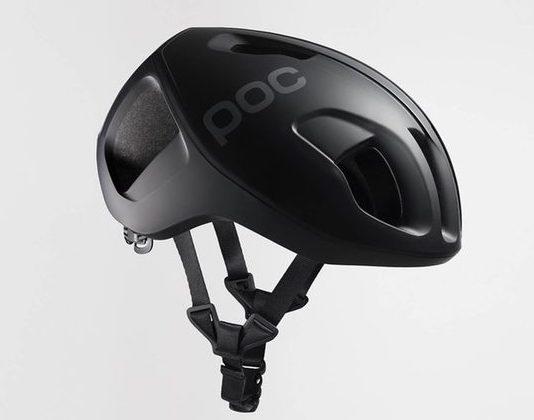 Aero helmets, they're hot right now, and another to add to the growing list is the brand new POC Ventral. Swedish company POC has today launched its latest aerodynamic road helmet and as is usually the case with aero products, it’s claimed to be the fastest and most aerodynamic, ventilated, lightweight and safest helmet ever developed. That’s a lot of claims.

Jonas Sjögren, POC CEO said “Over the years we have developed a number of advanced performance helmets. The award-winning Octal is well known, but our Octal Aero, Cerebel and Tempor helmets have also been fundamental in improving aerodynamic performance and times for many track and road riders.

“With all our experience, we wanted to push our ideas even further and develop a ventilated aero helmet that would give significant speed gains to a rider and further improve safety.”

POC’s previous helmets have certainly made statements. Its Octal in bright colours stands out from the crowd, and the Octal Aero was simply that helmet with the vents filled in. The new Ventral Spin looks to be a significant step forward in the pursuit of aerodynamics, with an all-new design that channels air through the helmet, rather than around it.

Common wisdom would be that to create a low drag helmet the surface needs to be smooth and shaped in such a way to flow air around it. However,  POC has come up with a design that channels air through the helmet rather than around it. This, it claims, reduces the wake behind the helmet and results in reduced drag. 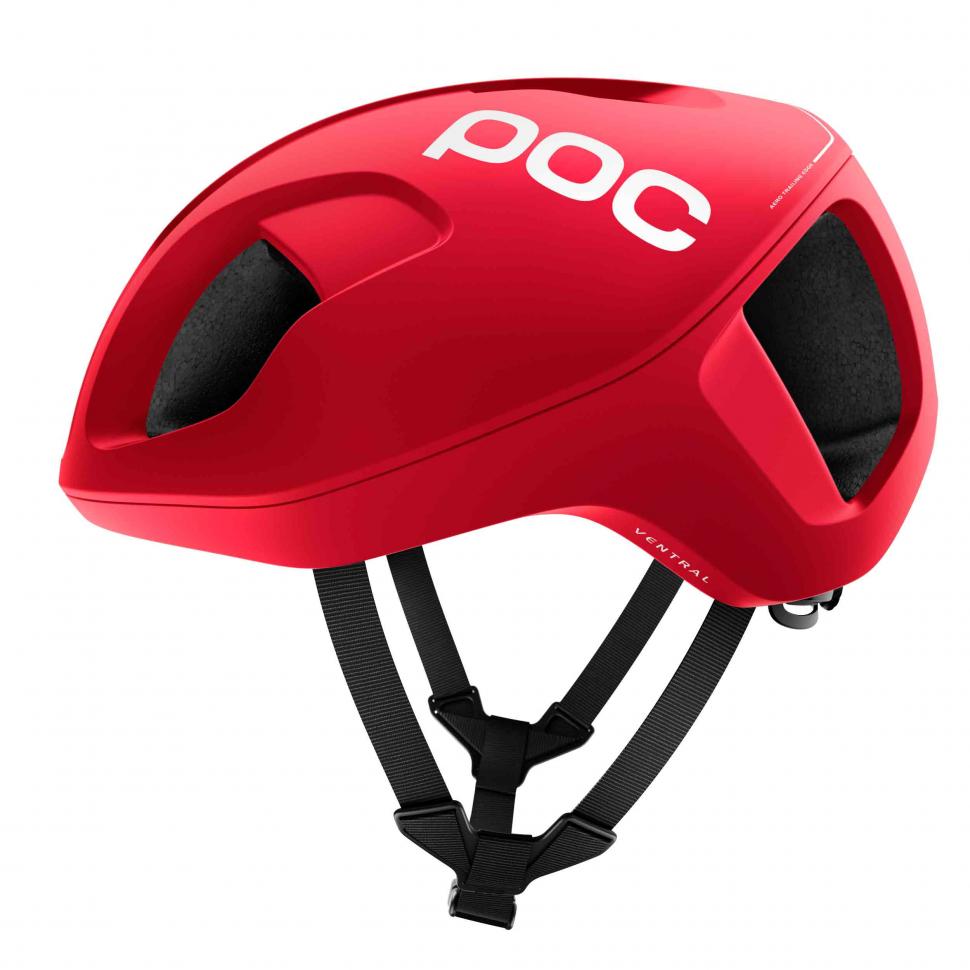 “The Ventral SPIN has been designed with specific airflow zones in the helmet to create different pressure zones, inspired by the Venturi effect, which has the effect of increasing airflow and speed allowing the helmet to pass through the air with greater ease and efficiency,” explains the company.

The Ventral has precisely sized and angled front air intakes which channel air through the helmet, instead of around it, with internal channels controlling the passage of air and exit ports designed to work with this channelled air.

Any air that doesn’t enter the vents flows over the helmet where ‘aerodynamically optimised’ trailing edges reduce turbulence and maintains a linear airflow.

Poc doesn’t provide an aero data or claims for the new Ventral helmet, and we’ve no idea if they’ve benchmarked it against rival aero helmets. We’d presume they have conducted that sort of testing to see how its new helmet compares.

Cooling can be an issue with other aero helmets in hot climates, but Poc reckons the internal airflow enhances cooling inside the helmet.

Safety is of paramount importance to POC, and the new helmet will feature its own rotational impact protection system called SPIN, its own take on the more popular and common MIPS. It first debuted in the company’s snowsports helmets but is now available in a cycling helmet. Elsewhere, the new Ventral helmet uses a fully wrapped unibody shell made with an EPS liner and a lightweight retention system with easy adjustability. There’s a new eye garage for when you’re not wearing your shades. A size medium will weigh a claimed 248g.

The new Ventral is available now and costs €299. More at www.pocsports.com

The new helmet was developed by the company’s aerodynamic experts and tested not just in a wind tunnel, but also put to use by the Cannondale – drapac Pro Cycling Team. The new Ventral helmet will be used by the team in a race for the first time at Paris-Nice.

Jonathan Vaughters, CEO, EF Education First – Drapac p/b Cannondale Pro Cycling Team, added “We’ve been partners with POC since 2014 and their innovation and support has been essential to the success and well-being of the team. The reality of modern road racing is that results can often come down to the thinnest of margins. The Ventral gives us strong aerodynamics and doesn’t compromise at all on safety. Our riders also provided input in the Ventral’s development and are now looking forward to racing in it.”

1
Near Miss of the Day 702: Must Get In Front lorry driver goes wrong way round pedestrian island
2
Near Miss of the Day 698: MGIF BMW driver close passes cyclist AND runner
3
Cyclists angered by Canadian politician's road safety interview...while driving through snowstorm
4
"The killers are the imbeciles on them": BBC under fire for 'Britain's Killer Roads?' Panorama investigation
5
Cannondale revamps Synapse road bike with intelligent SmartSense tech for ‘reducing distractions and increasing awareness’
6
Plans to segregate cycle lane shelved — to delight of residents who park in it
7
Apeman promises "all in one cycling safety solution" with new Seeker action camera featuring 'rearview e-mirror'
8
Near Miss of the Day 699: Roundabout close pass from driver speeding off slip road