To celebrate Tom Dumoulin's status as the current time trial world champion, his team’s bike sponsor Giant Bicycles has created this custom painted Trinity Advanced Pro bike for the Dutch rider to race against the clock.

Giant’s Trinity time trial bike has been in the company’s range for quite a few years now but is still its most advanced and aerodynamic offering. 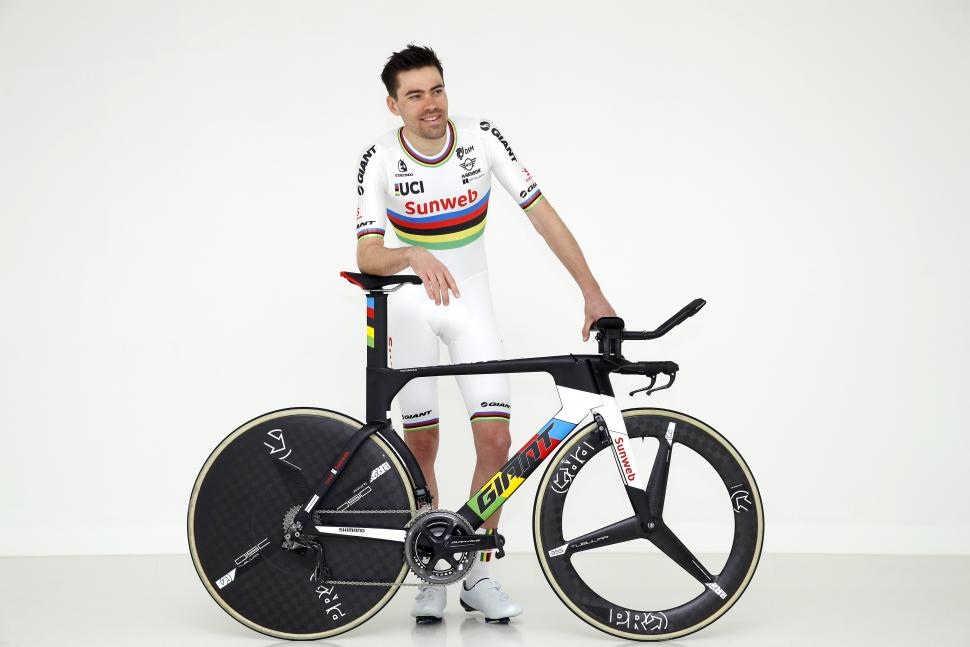 “The Trinity is made for fast courses, using extensive CFD analysis and dynamic wind tunnel testing, more than 250 different frame configurations were developed and tested before finalising this Trinity Advanced Pro frameset.” 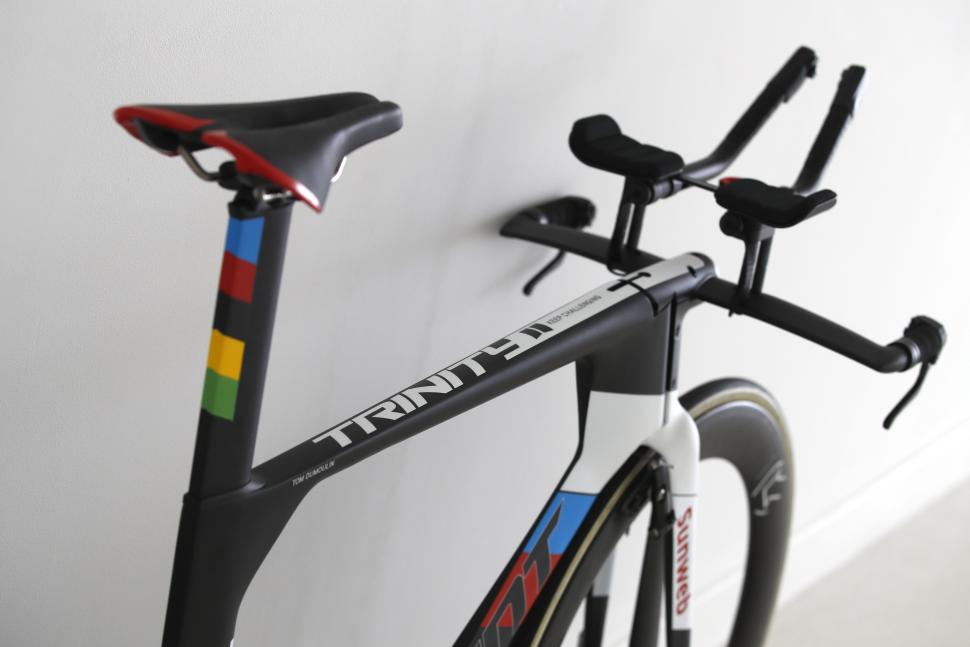 Having the most aerodynamic frameset is one thing, the equipment, fit and position are all key factors in achieving the optimum performance. That’s why the team works alongside technical experts DSM and Delft University of Technology to use their facilities, including a wind tunnel, to “ensure that their equipment, nutrition, race kit and race data analysis are as efficient and effective as possible.” 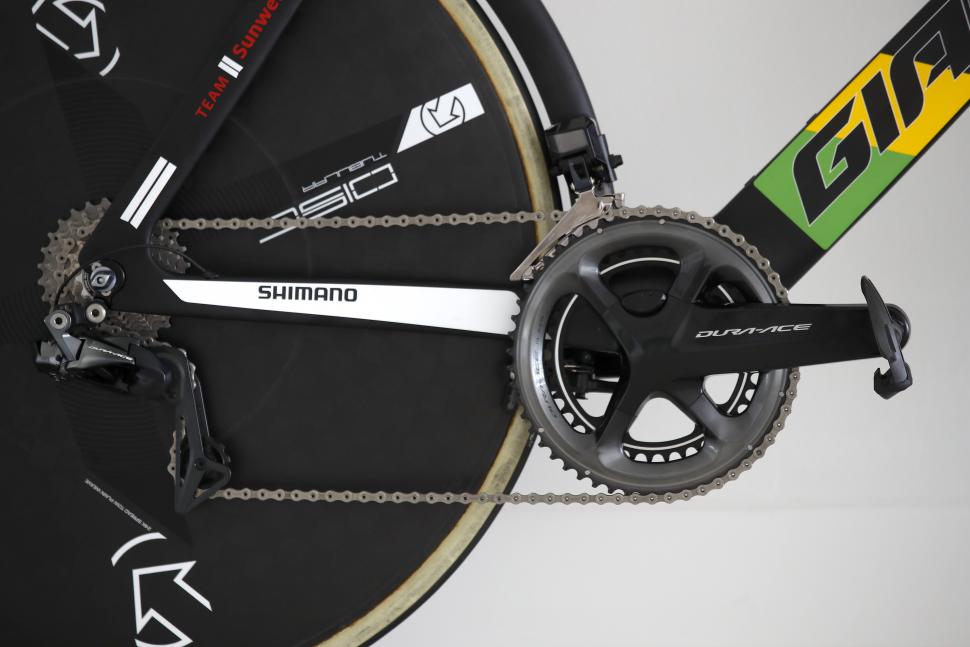 The team is sponsored by Shimano and so the bike is specced with the latest Dura-Ace R9100 Di2 groupset, including Shimano’s brand new power meter. The advantage of electronic over mechanical shifting is much easier routing of the wires inside the frame and handlebar. Giant has developed its own handlebar and extensions for the team, made from carbon fibre and providing a wide range of adjustment. Dumoulin opts for quite a high position for the armrests but brings them close together to create a narrow frontal surface area.

Giant also supplies the saddle, bottle cage and even the tyres, which are glued to Pro wheels, in this case, a tri-spoke and disc combination. Shimano SPD-SL pedals transfer his power to the bike. 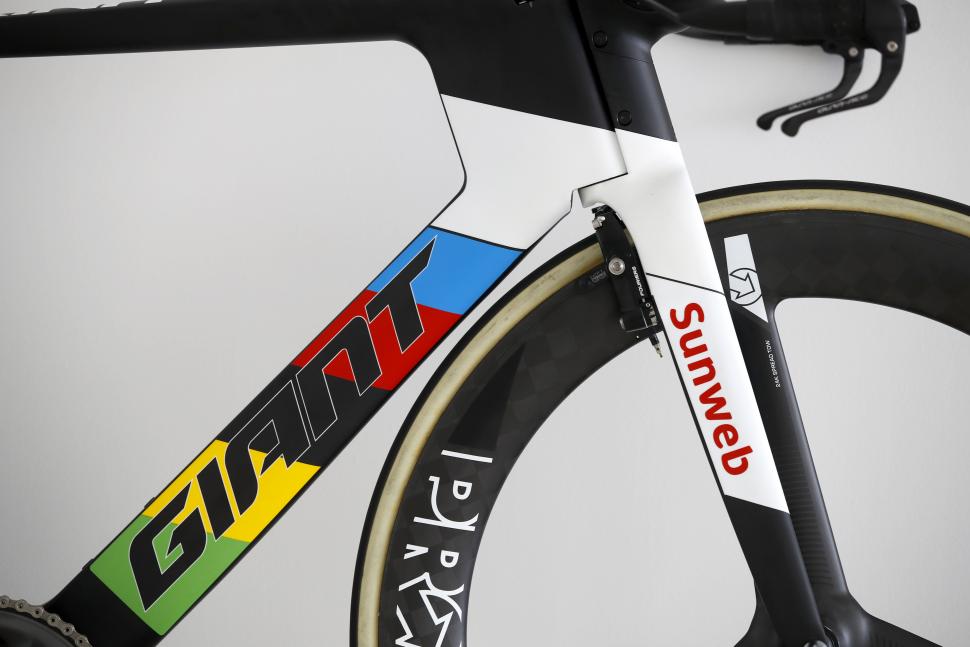 - Time trial bikes - the bikes built for racing against the clock

Let’s just hope the team iron out the mechanical, or should that be electrical, problems that plagued him at his first competitive outing of 2018 in Abu Dhabi last week.