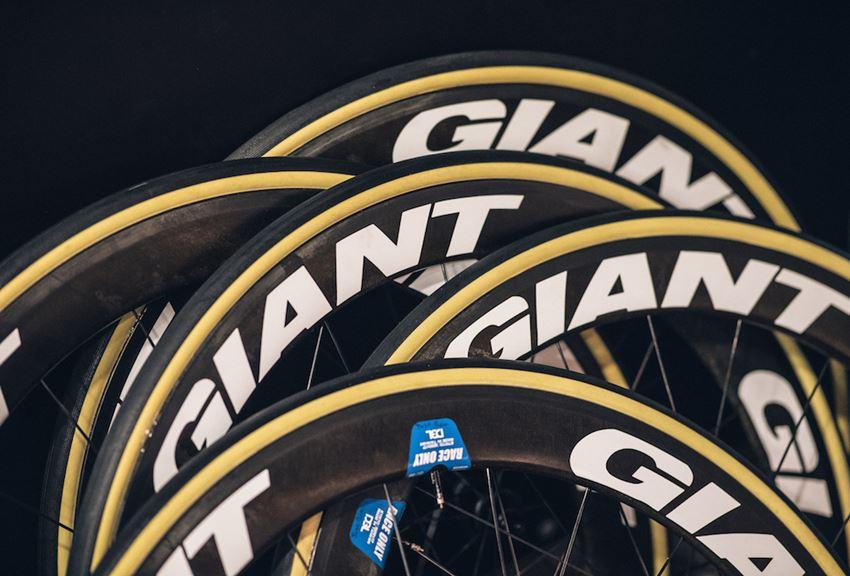 Team Sunweb to race on Giant wheels in 2018

Giant has been sponsoring Team Sunweb for four years now and has been increasing the scope of its role of technical partner in that time. For 2018 it no longer supplies just bike frames, it will also provide the wheels and shoes to go along with the in-house helmets, saddles and handlebars the team has already been using. 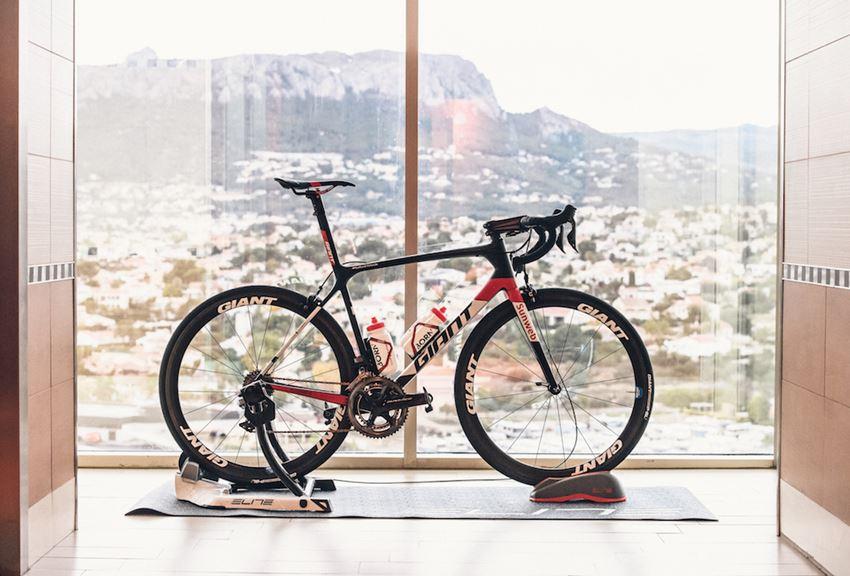 As with most big bike brands, Giant Bicycles has been increasing its range of bicycle components (wheels, saddles, stems etc) on bikes sold to customers in recent years, not just at the entry-level but also top-end bikes, and we’re seeing this reflected in the professional peloton. Last year Sunweb used Shimano wheels and it has previously had other helmet and shoe sponsors. For 2018 the team races bikes fully kitted out with Giant equipment, down to the bottle cage - the only thing without a Giant sticker is the Shimano Dura-Ace Di2 groupset.

This is becoming a lot more common in the industry and pro peloton. Specialized does it with Roval, Trek with Bontrager, SRAM with Zipp and so on. The WorldTour has tremendous reach and is a valuable marketing tool for brands, and Giant clearly wants the validation that comes from a successful team using, and hopefully winning with, its components in the biggest races. The idea is that it’ll make it easier when a customer walks into a store and sees a Giant specced with Giant wheels. 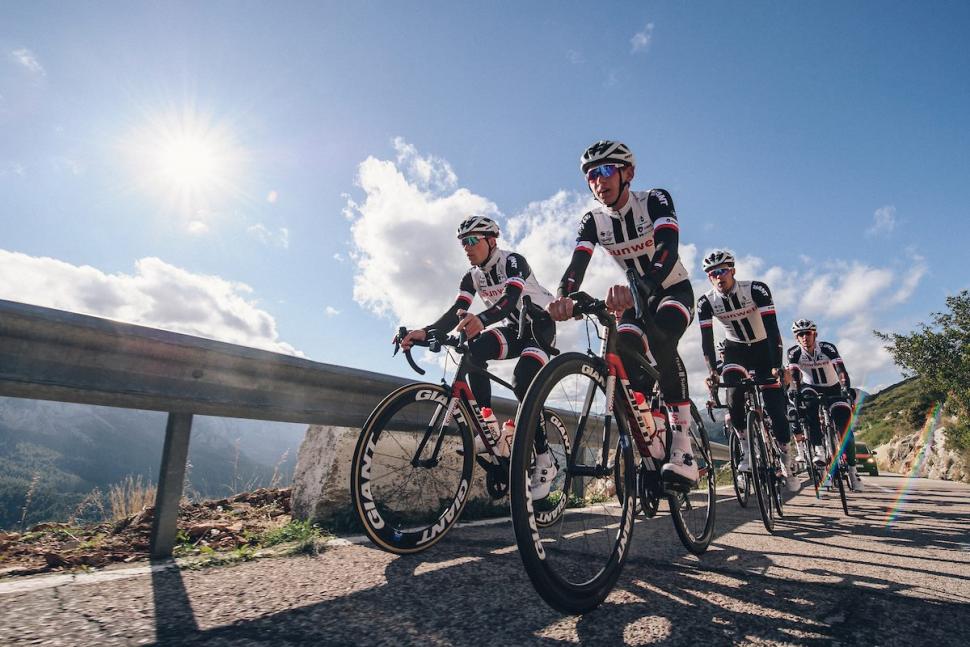 “As the world’s leading manufacturer of high-quality bikes and gear, Giant has committed a team of engineers and product developers to working with the sport’s top professional riders to create, develop and test new bikes and gear,” explains the company.

The big news this year is the rollout of Giant’s WheelSystems to the team, including the Team Sunweb women’s squad, which is sponsored by Liv and the Continental Development Team. We’ve tested and ridden some of Giant’s growing wheel range over the years, but they’ve ramped up the technology by developing what it calls Dynamic Balanced Lacing (DBL) technology.

What does DBL do? According to Giant, it “ensures rear wheel spoke tensions are balanced under load – not while static” and is claimed to “improve and acceleration and climbing response along with durability, while optimised anchor points increase lateral stiffness for exceptional cornering performance.” Certainly sounds impressive. 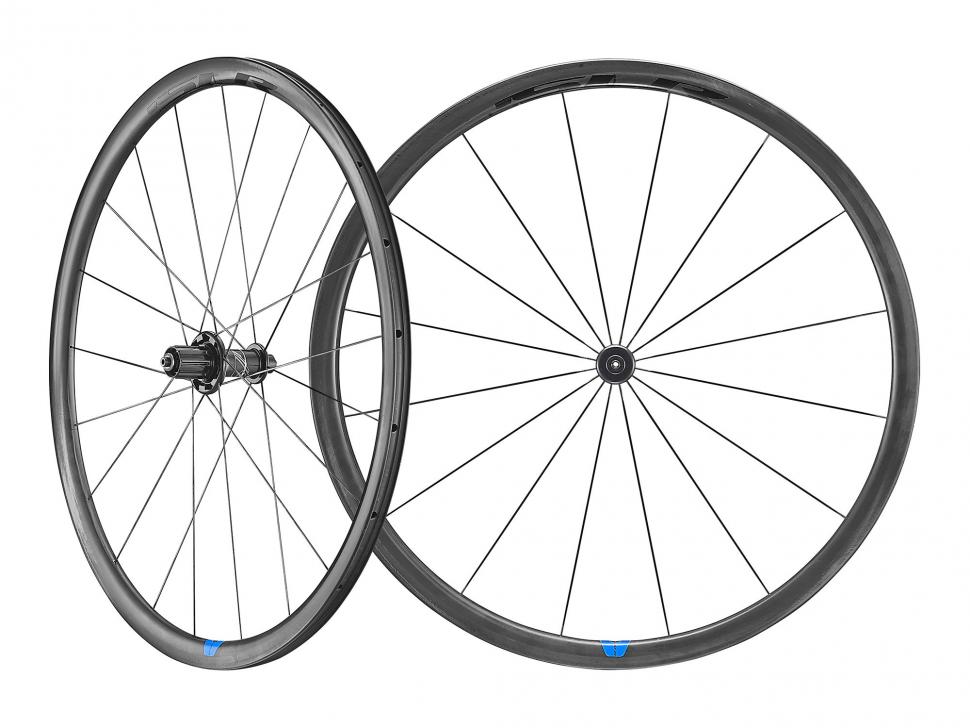 Other details include 23mm wide rims made entirely from carbon fibre and use DT Aerolite/Aero Comp bladed spokes with aluminium hub shells and a Star Ratched driver.

The new wheels are offered in both tubular and tubeless variants; expect the team to use the tubulars. There’s a range of rim depths to suit different stage requirements, including 55mm rims for flat stages and the sprinters, to 30mm rims for climbing days. There are, as you’d expect of a bike company that has launched several disc-equipped race bikes, disc brake versions.

Giant also adds that it is “also working with key riders and athletes to develop and test new wheel technologies throughout the season,” so we can expect to see some new developments soon.

To go with the wheels will be Giant branded tyres but it hasn’t issued many details about the tyres it’ll be using. It does tell us that the development team will be using its Gavia Tubeless Ready tyres which is interesting. 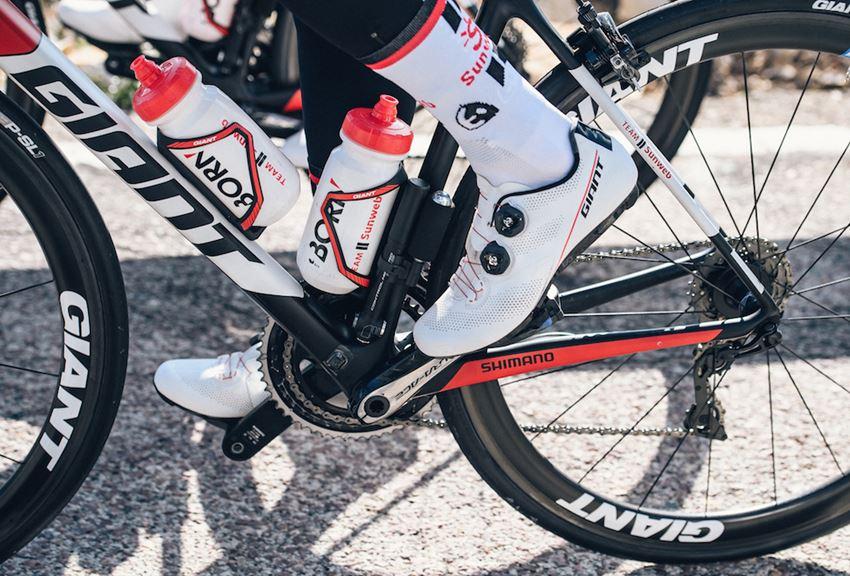 The team have been using Giant saddles and helmets for some time, and this season will see Giant push its own shoes much more. It is working on an update on its existing Surge shoe with prototypes currently being tested in training. We’ll have more details on these new shoes soon.