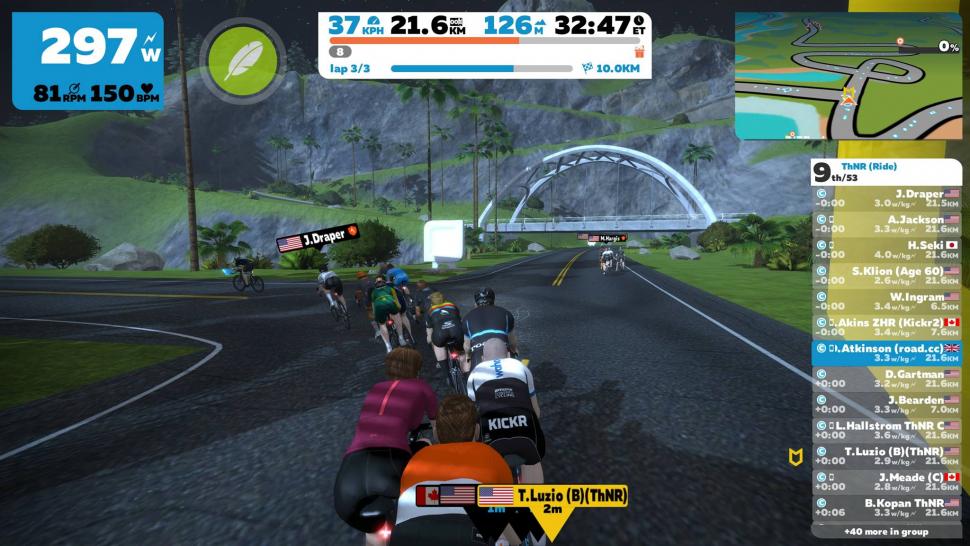 The online training app has put its price up by 62%, but freezes charge for current users
by Jack Sexty

Users of the Zwift online training and racing app Zwift have reacted angrily to the announcement yesterday that the monthly charge for the service has increased from £7.99 to £12.99.

Zwift launch Group Workouts feature
Video: three Zwift setups to suite every budget
Zwift vs TrainerRoad: which is best for you?

.@gozwift it's really disappointing to get a email today, saying that prices have double effective today, when you guys have been having lots of issues lately. Issues aside, that's a HUGE jump in price. Why not a tiered pricing a la Netflix?
Sincerely, a former customer.#zwift

Some customers, and now former customers, have already voiced their displeasure on social media

A letter sent out to subscribers cites a big growth in the development team, expansion of the virtual world including a Mayan jungle course launched late last month and continual research into improving Zwift as justification for the hike. CEO Eric Min says: "We have so much more that we hope to deliver to you: new gameplay features, more maps and expansions to existing maps, improved social riding experiences, better guidance in reaching your training and fitness goals. The list goes on, and on."
..."In order to continue to make Zwift bigger, better and more beautiful, we are updating our membership price to £12.99 per month, effective today. As a way of saying thank you, however, to the awesome Zwifters who helped us get here, your pricing will not change for one year."

@GoZwift UK price rise of 62% £8 to £12.99, must be a typo! Your users have grown and your price change isn't justified at this level. #zwift #gozwift

Bad move @gozwift: first getting everybody #addicted and then a price increase of 50% #badidea #zwift @GoZwift. Not making yourselves popular.

How does Zwift's new pricing compare with its competitors?

Zwift's pricing before the increase was set at $10 (or £7.99) a month, which has been the same since the free beta mode ended and they began charging for subscriptions two years ago. Here's what you pay for a selection of other popular training apps...

Zwift's value is justified for many when entertainment is factored in - currently none of the others mentioned have the computer game likeness that many Zwift users claim has transformed their indoor training by giving an immersive experience with a social element to it, plus your own personal avatar. If you're a glutton for punishment who can just as well stare at a brick wall and crank the watts for a couple of hours, then the price increase may make Zwift harder to justify; but for those who are spending a grand or more on a smart trainer such as a Wahoo Kickr, Elite Direto or Tacx Neo to name but three, the extra outlay might seem negligible if it's what you prefer.

What do Zwift users think? Will you keep subscribing regardless of the new pricing? Let us know in the comments.