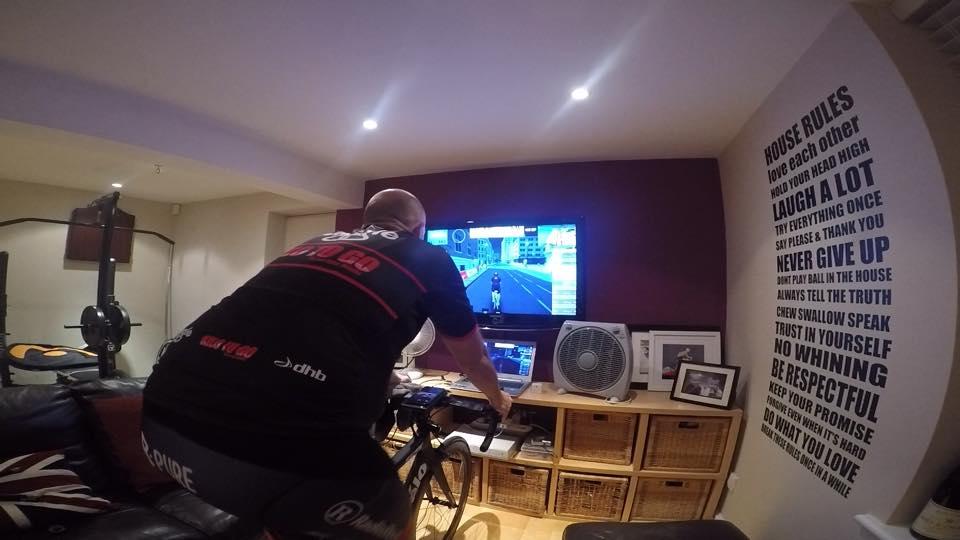 The weather has turned, the nights have drawn in, and so lots of cyclists are heading indoors to get their fitness kick. Last week we showed you our office pain cave, from where Dave Atkinson led a Zwift group workout, and we asked to see yours. And you didn’t hold back from sharing.

Here are some of the best submissions, showing a full range of setups from the basic to the really quite impressive and expensive. If you think you've got a better pain cave, please feel free to post pictures in the comments section below. 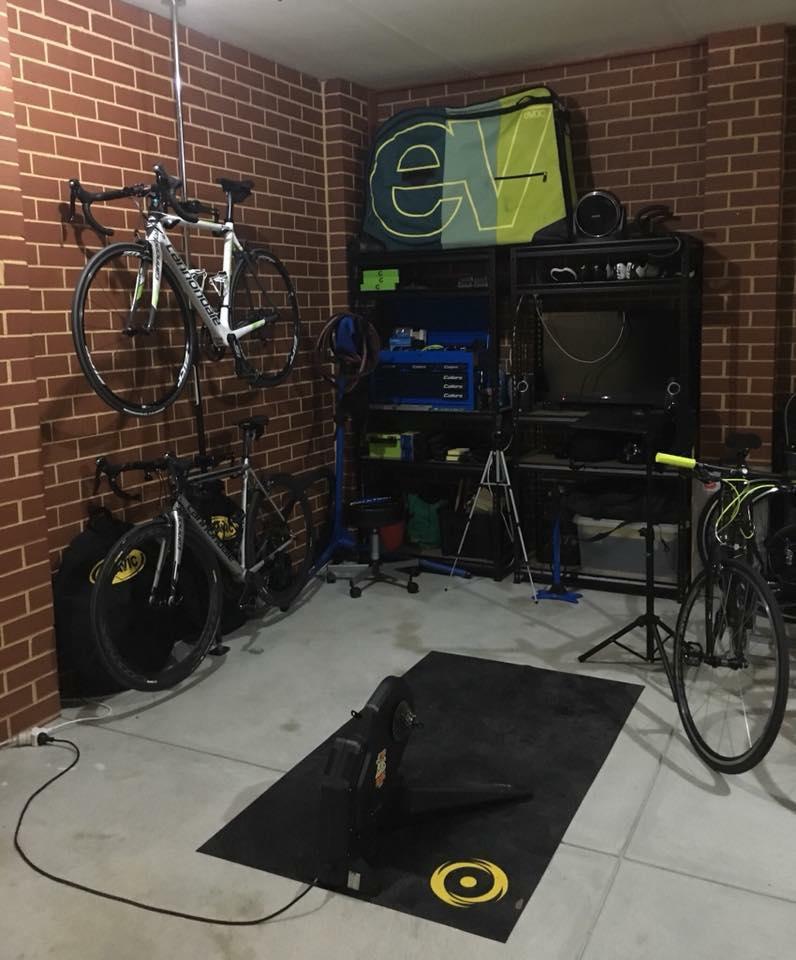 A garage is the most common place to set up a pain cave, provided the car doesn’t get parked inside it. Here’s Adam Bitten’s setup ready to go, with a big television and CycleOps Hammer trainer. Now, which bike to put on it… 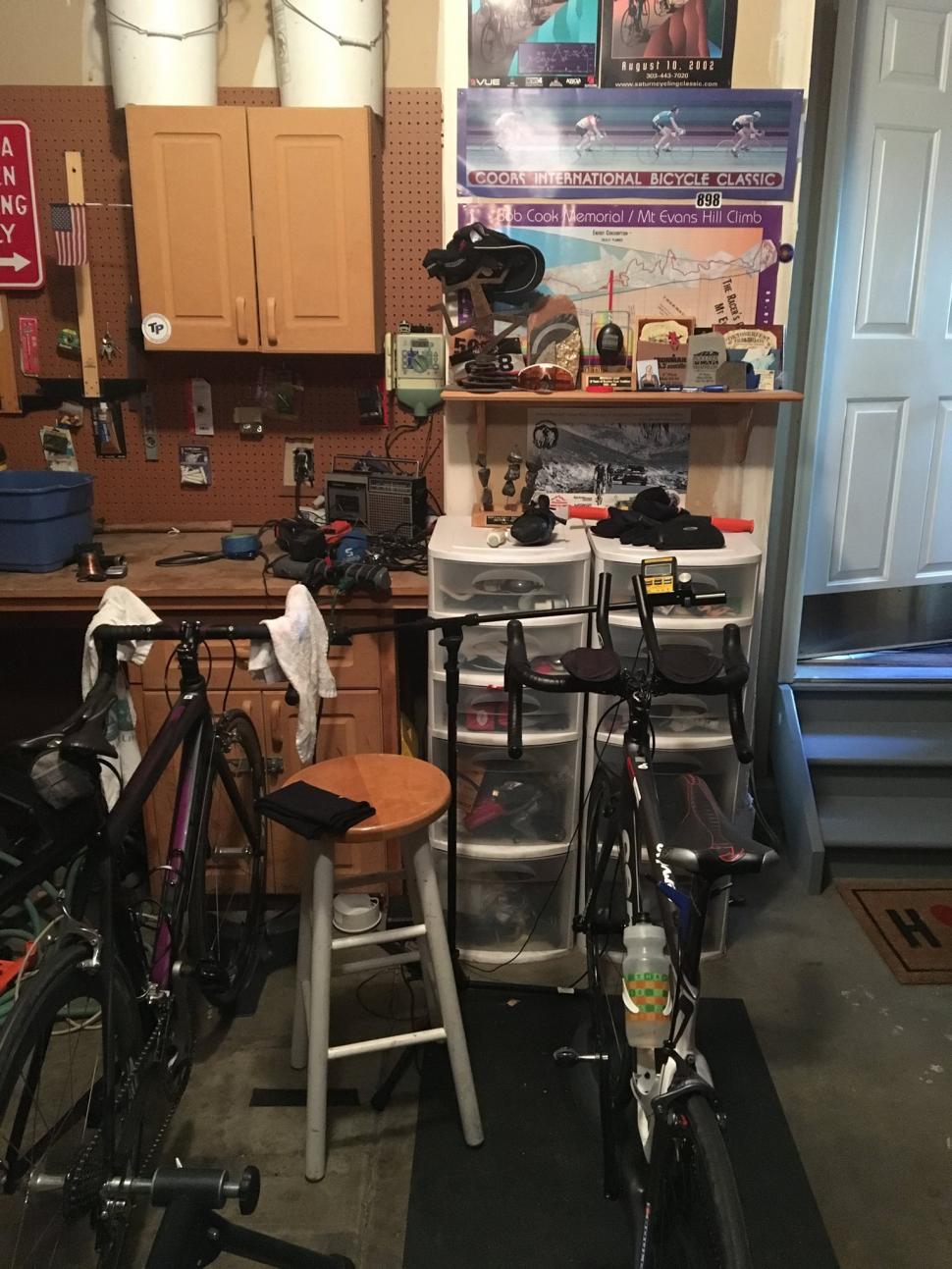 Brendan Hemp has a similar garage pain cave but it’s an altogether simpler affair, no big television that we can see. 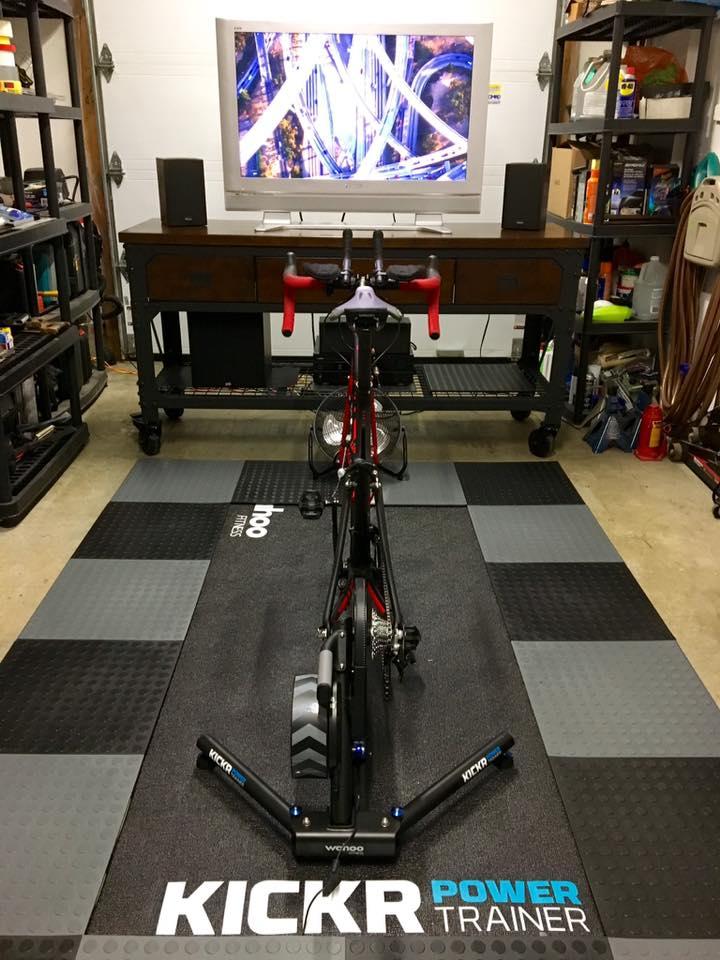 Now, this is a next level garage setup submitted by Pierre Provencher. A Kickr and training mat, big television and speakers for that fully immersive experience. 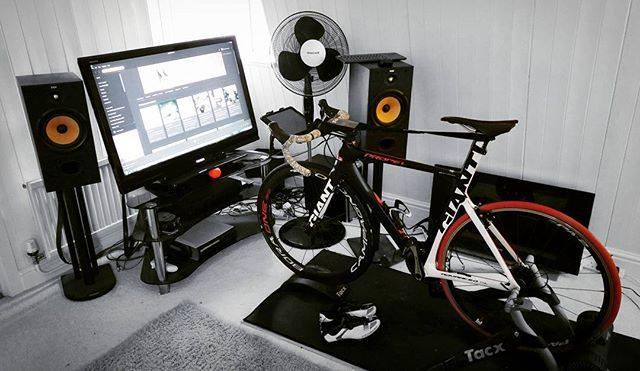 Richard Lovelock has a highly impressive setup, which he says makes it easier to get “New set up with GTX970 graphics to 42" 4k, Zwifting in 60fps Ultra smooth takes immersion to the next level. Sound via Arcam Alpha 7 through B&W 602s on Atacama stands.” 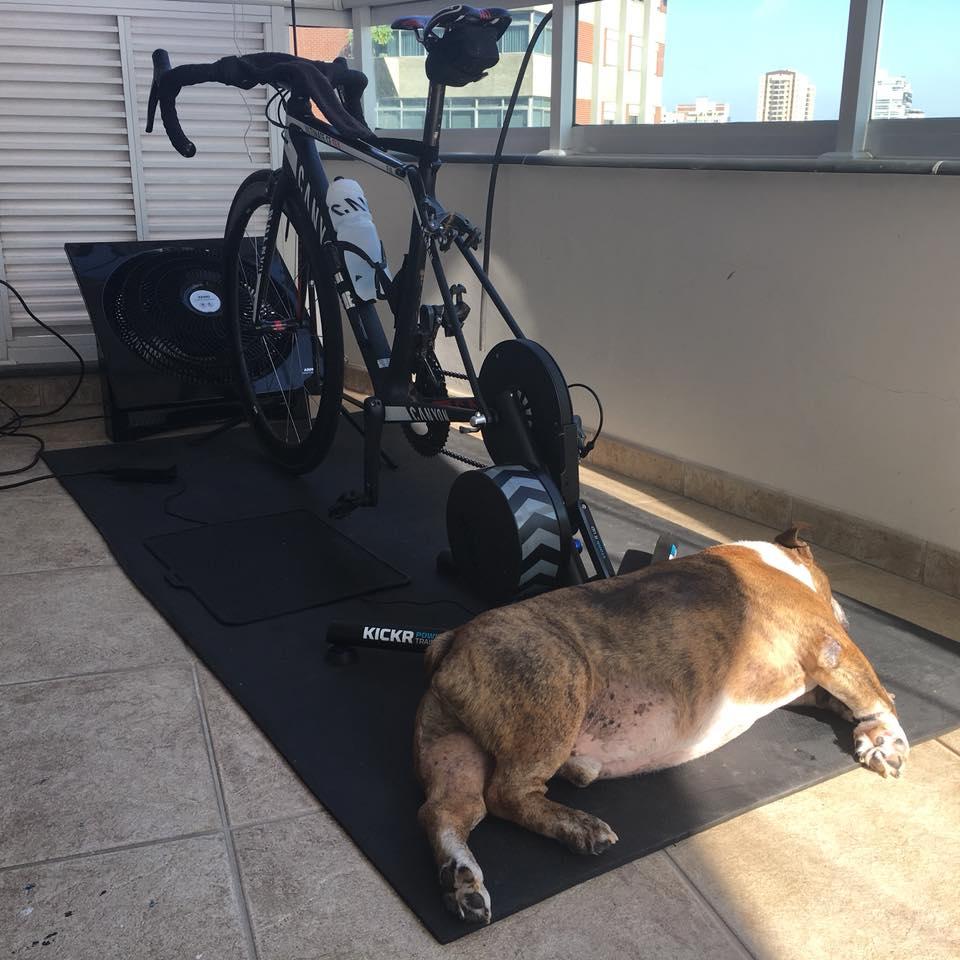 We adore this photo shared by Ronaldo Spinola.  He says it’s “not actually a cave since it is located on the balcony of my apartment.” 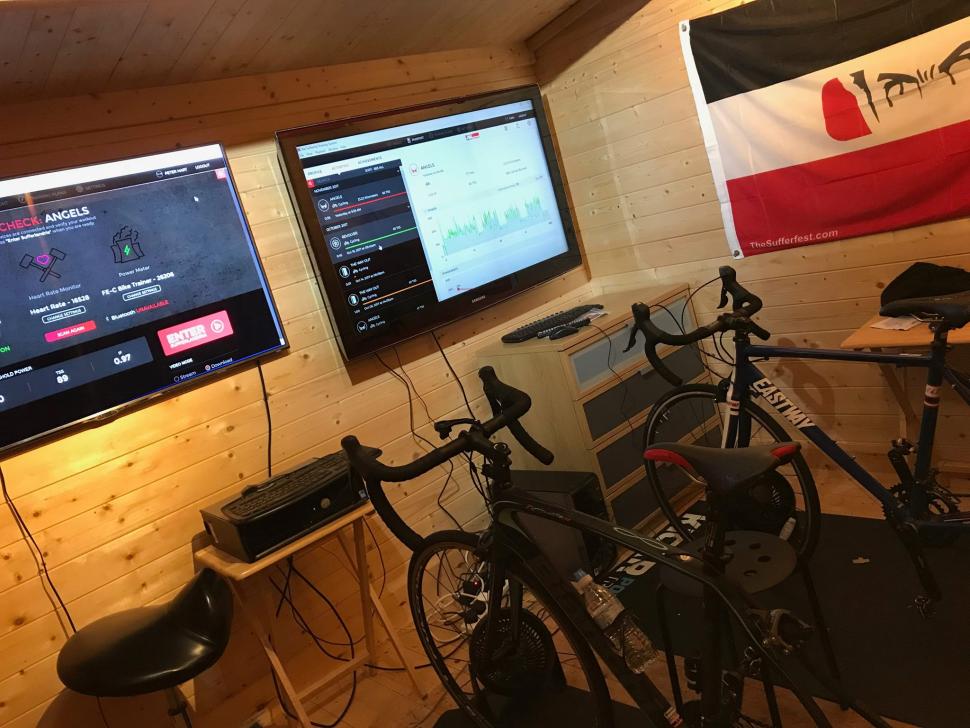 Peter Hart shared this photo of his and hers pain cave which he says helps to make time go by faster when there’s company. Keeping cool is a vital consideration for any pain cave setup. Jere Vita solves the issue by setting up a pain cave somewhere without heating or insulation. “Usually no need for the fan as there's no insulation or heating either. A bit tricky to keep your toes warm when it's below -10 C, but other than that a great place to ride, being almost outdoors,” he says. Adrian Hodgson shares his pain cave with race car parts. “Surrounded by race car parts and other bikes. Wahoo Kickr, old desktop pc made from junk and a cheap TV,” he tells us.  Shame about the GCN jersey though Adrian… 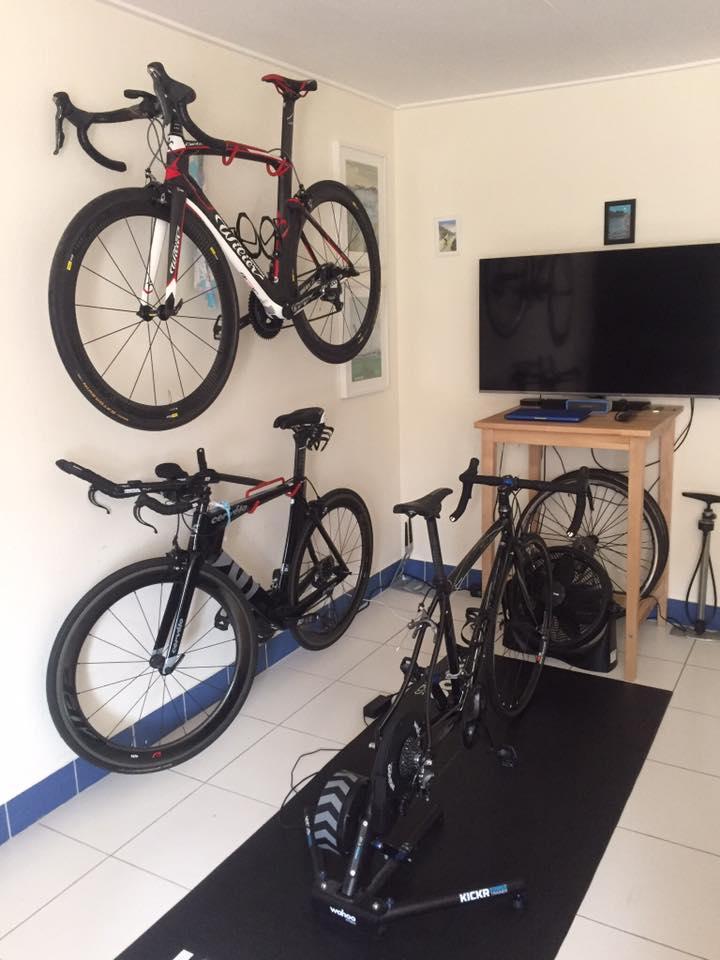 Here’s John McLean’s pain cave with a Specialized Allez on a Wahoo Kickr and hooked up to a large television atop an Ikea table, and his other race bikes nicely racked on the wall. 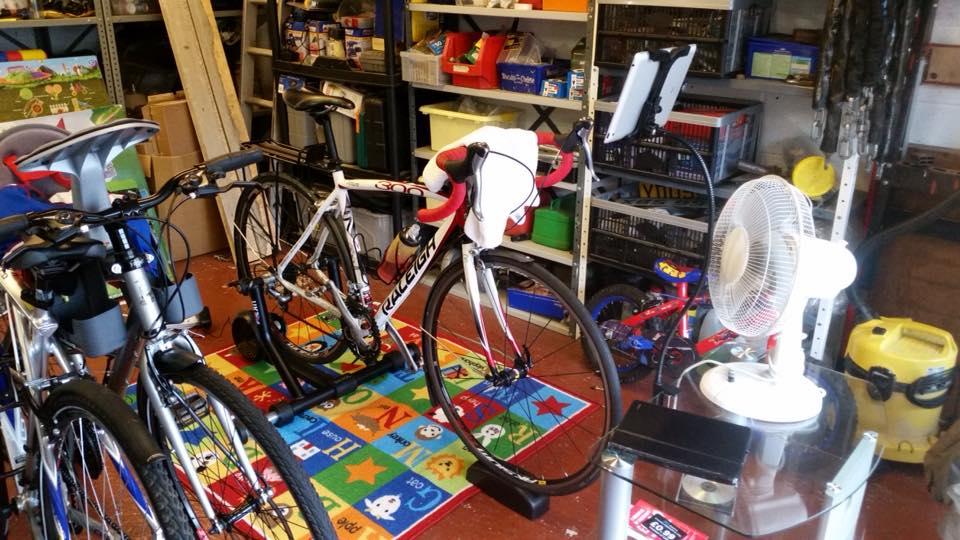 Stuart Williams uses Bkool trainer paired with an iPad and desk fan in the garage. As for the colourful rug, he’s placed under the bike to catch the sweat? “My German shepherds took a liking to the boy's rug so it ended up in the garage! And I've taken off the rack and guards!” he says. We’re jealous of Jonathan Wong’s pain cave setup, it looks very smart, not so much a cave as a swish living room converted to a training room. Notice he has a table next to the trainer so he can easily operate the Zwift mobile app? 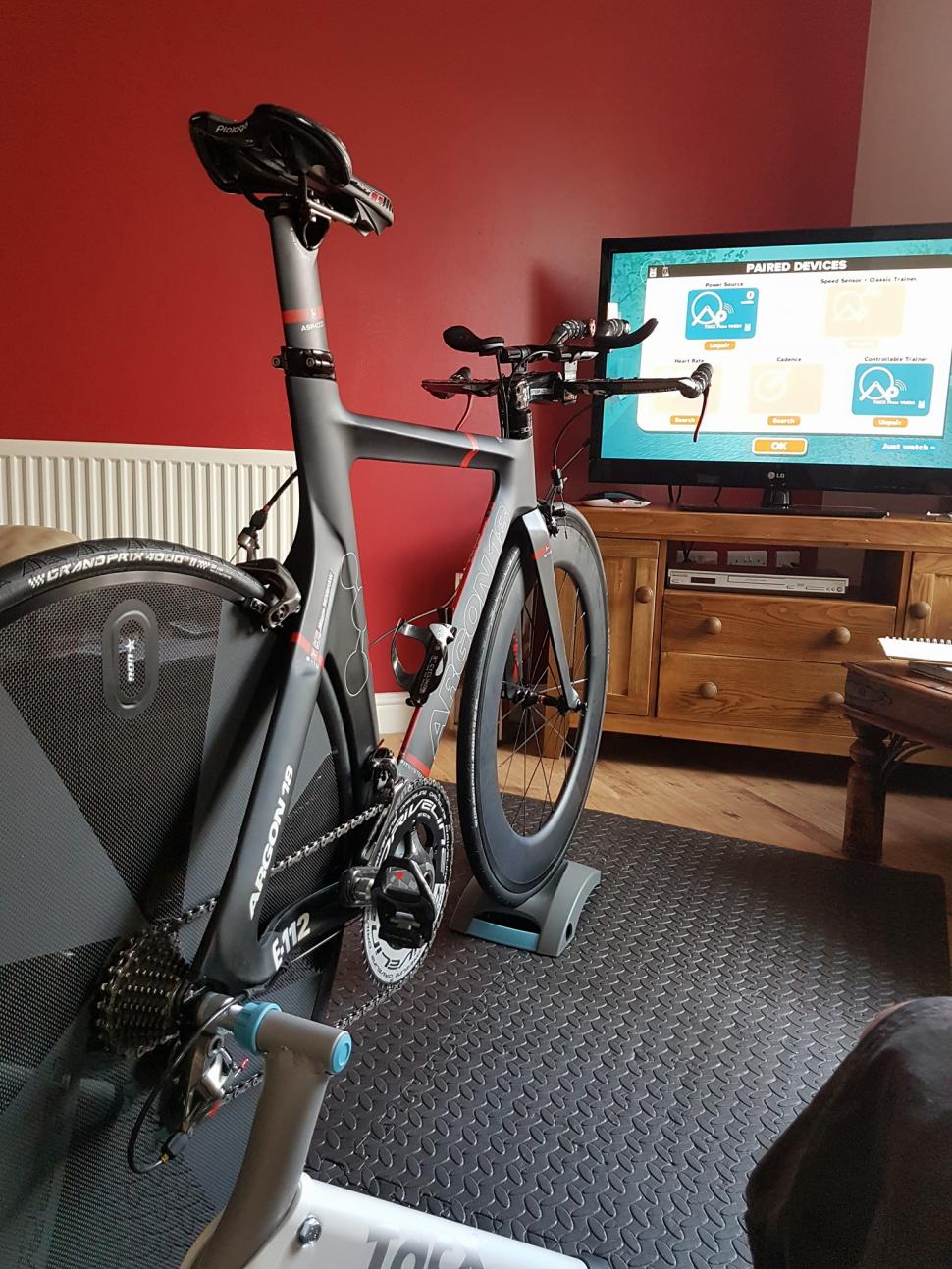 Not everyone has space to go with a permanently dedicated pain cave, but when that happens the living room does make an ideal environment, provided the family are okay with it! Here’s Wayne Renshaw’s setup with a Tacx trainer and Zwift on the big television. 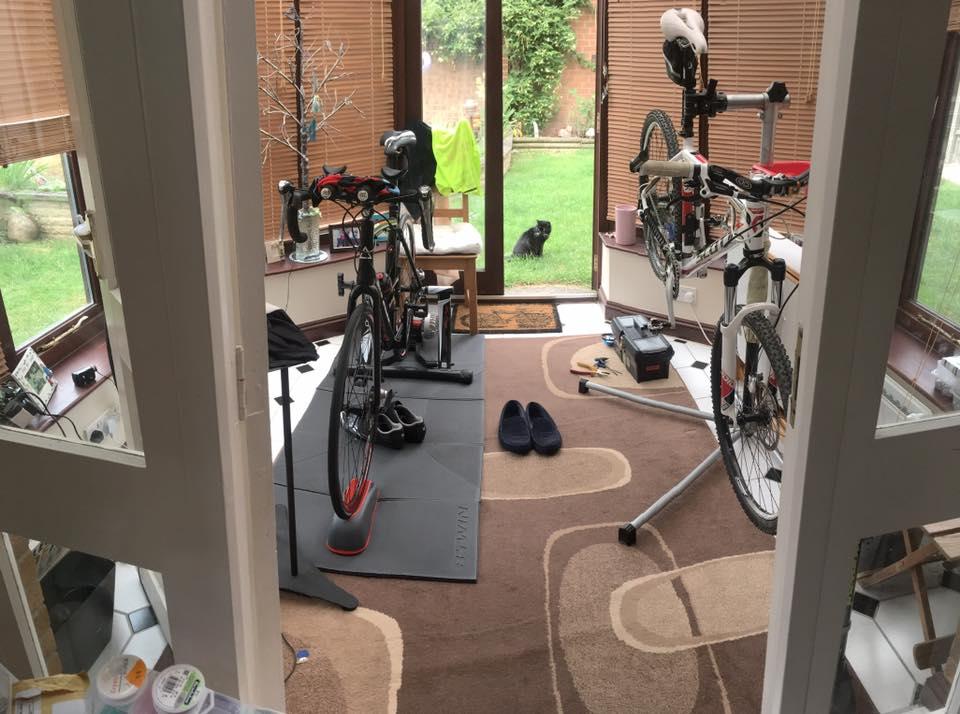 If you can’t do it in the living room, a conservatory makes an ideal indoor training space. Here’s Leon Smith with his conservatory pain cave.

Here’s John Moorhouse’s setup. Nothing on those rules on the wall about not training in the house. 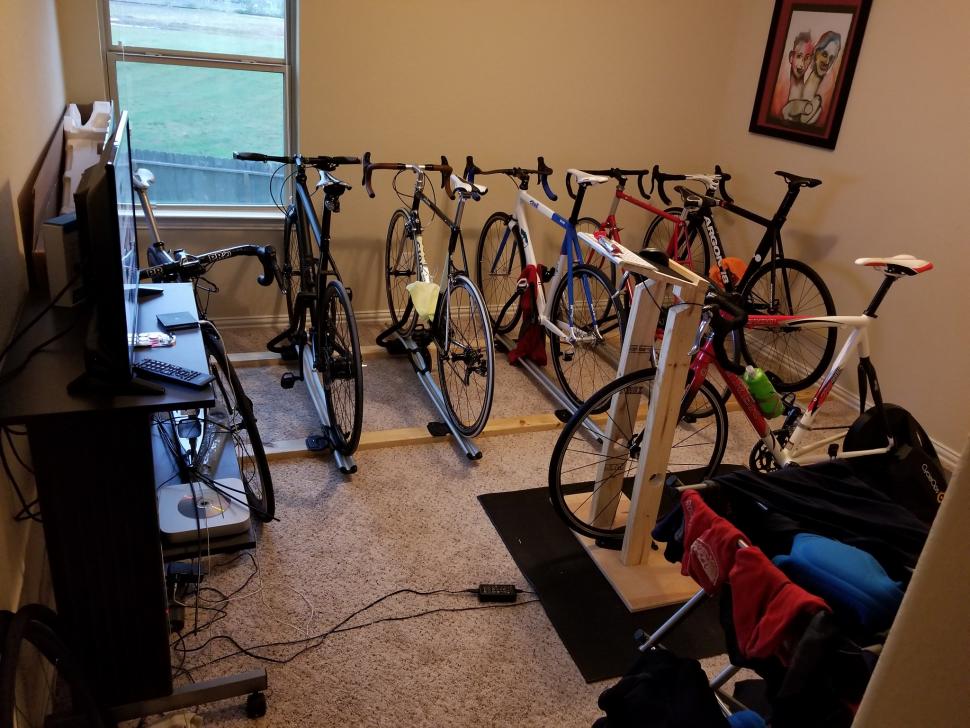 We’re impressed by Antonia A Gutierrez’s dedication. Not only has he filled the room with all his bikes using what appear to be Thule roof bar racks, but he has also crafted his one stand for the keyboard and mouse to control his training program. 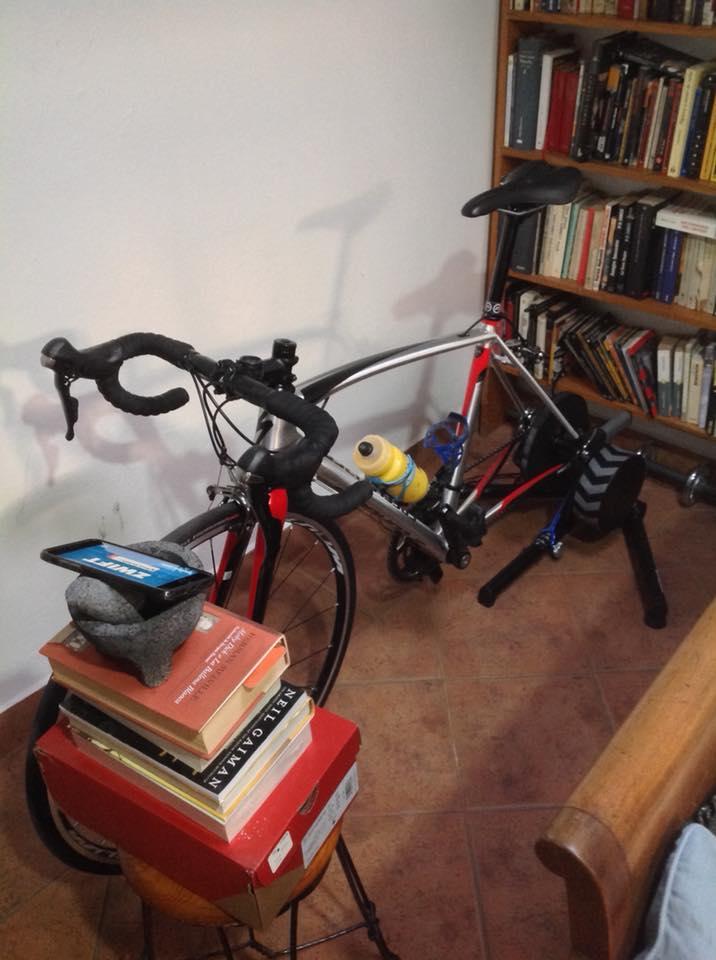 Sometimes you just have to set up your indoor trainer wherever there is space and improvise a little, as Bruno Carballo has done here, with a stack of books and a shoebox propping up his mobile phone.

Now, this we weren’t expecting, a pain cave set up in the loft of the house. This pic was shared by John Keighley and he doesn’t provide much explanation for why he’s in the loft. It does look a little cramped but he’s still got space for a computer, box TV and floor stand fan. 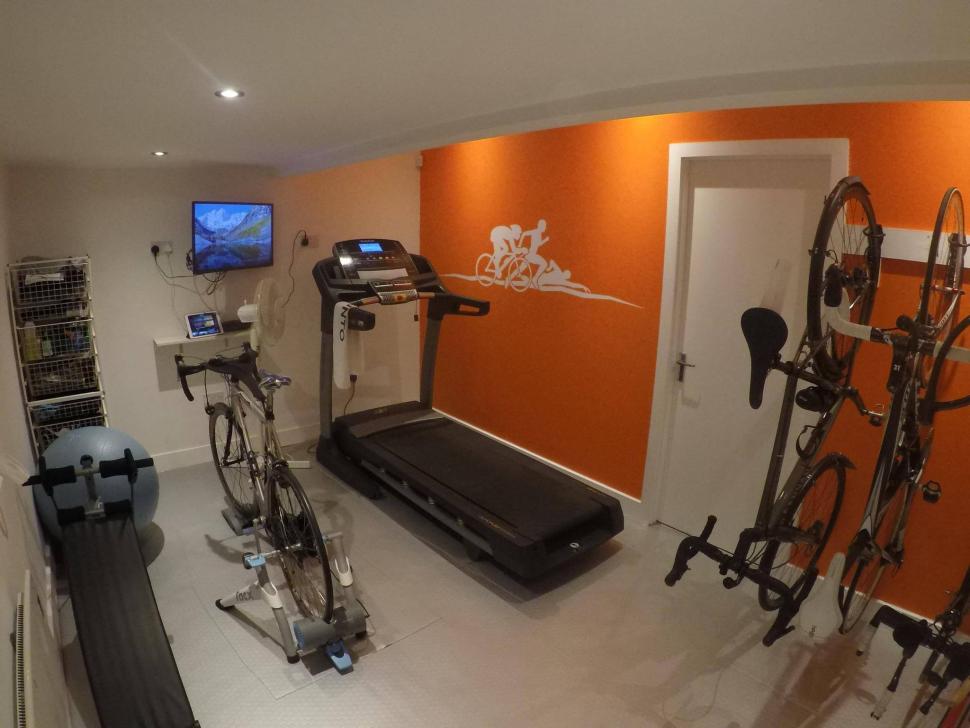 Stephen Spall’s setup has made us very jealous. It’s a dedicated bike storage and training room, with a treadmill and Tacx trainer hooked up to a tablet. He’s just “trying to find space for the endless pool!”

Thanks for all your submissions, it's been fascinating seeing and reading about all the different pain caves. If you've got an indoor training setup you want to share, feel free to do so in the comments section below.

- 15 of the best turbo trainers and rollers