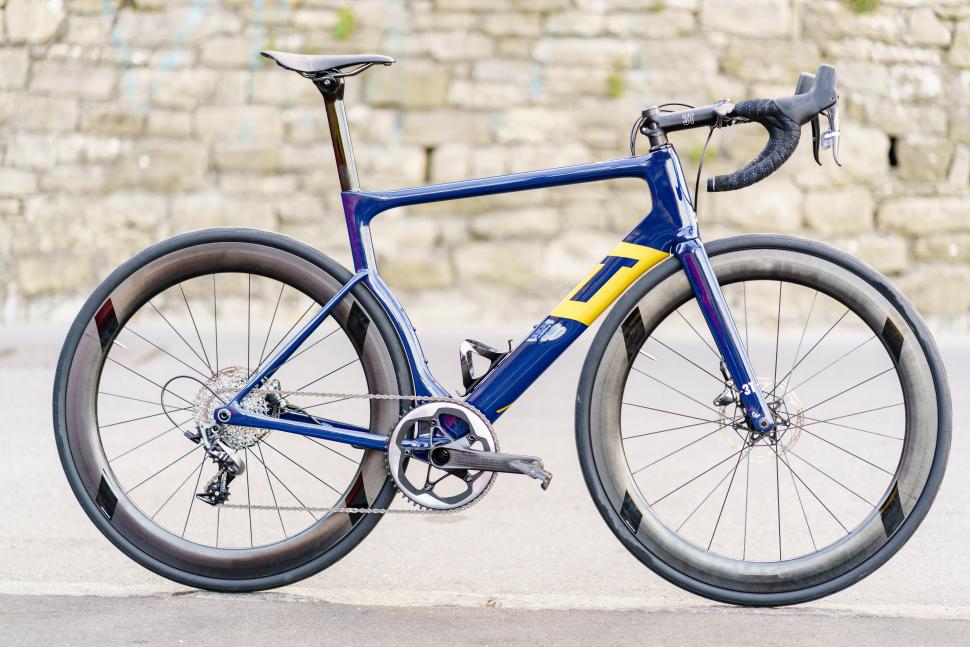 Aqua Blue Sport will cause a stir next year when they turn up to their first race aboard their brand new 3T Strada race bikes, with hydraulic disc brakes and SRAM Force 1x11 drivetrain.

Today, at the Rouleur Classic show in London, the team bike has been unveiled for the first time. The bikes are painted in the teams blue and gold and will be built up with SRAM Force 1x11 groupsets, with hydraulic disc brakes, and 3T deep section wheels and matching finishing kit 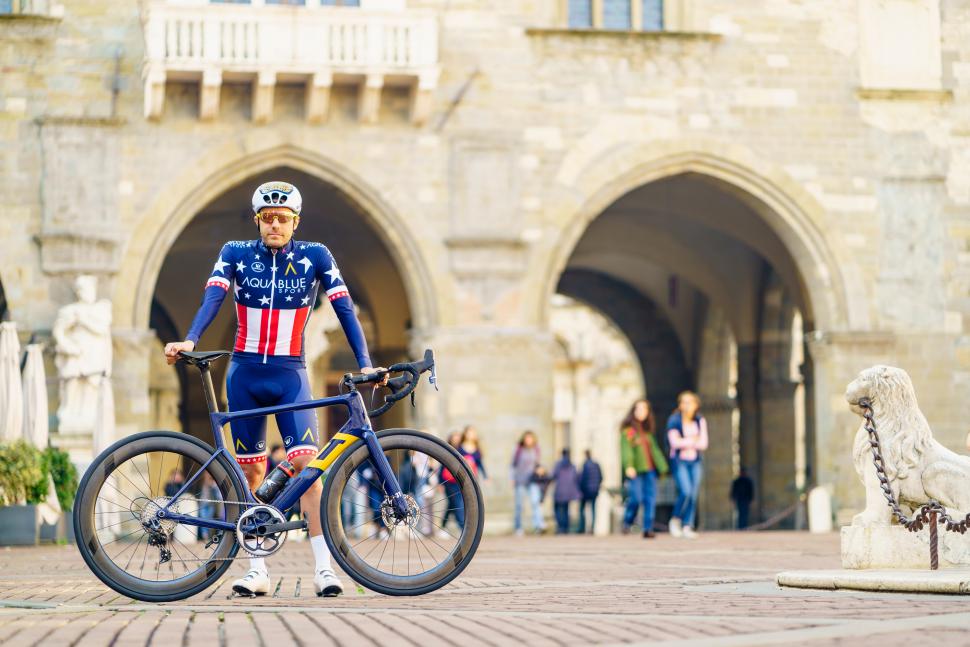 The 3T Strada really put the cat among the pigeons when it was launched earlier this year (and Tony and Dave took it for a first ride in the mountains) but it was the announcement of the Italian company’s sponsorship of UCI Professional Continental team Aqua Blue Sport that really got people talking.

It’ll mean the first time a team has been sponsored by a bike brand that only offers a disc brake bike, and unlike concessions that have been made by other bike brands, we really can’t envisage 3T making a rim brake version of the Strada simply because it would mean a radical redesign. It would basically mean a completely new bike. 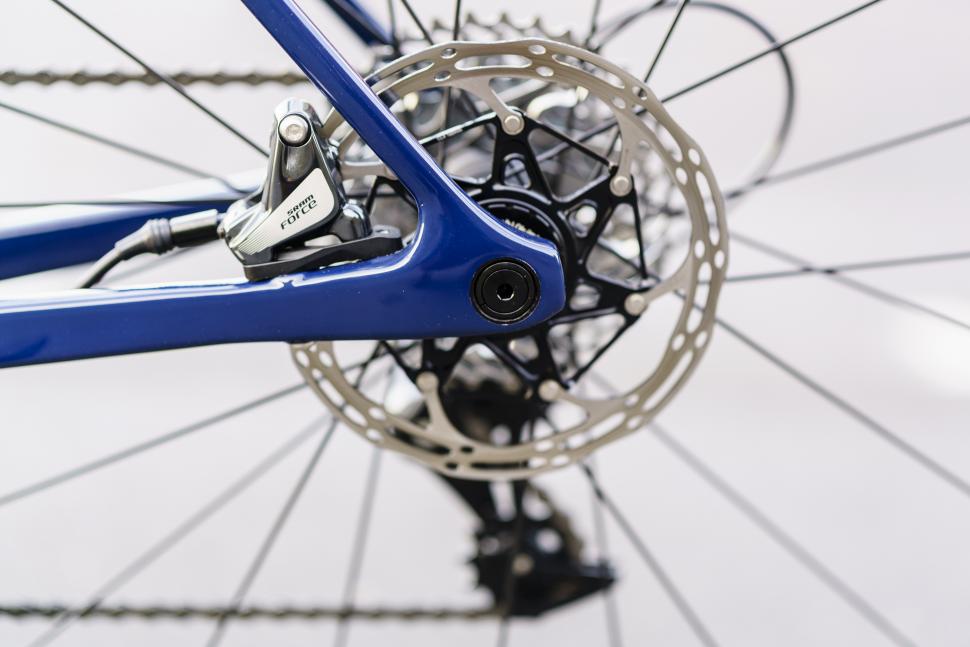 But we’ve seen pros on disc brakes already, even winning a few races. But it’s the lack of a front mech that is perhaps the most intriguing aspect of the bike. This will be the first time we’ll see a pro team racing a 1x11 drivetrain, and how they get on, or not get on, will be of huge interest to a lot of people, both sceptics and fans of 1x drivetrains.

There was some speculation about whether the team would go Shimano or SRAM (they’ve been Shimano Dura-Ace this season) and they’ve gone with the latter, and it’s clear SRAM were keen to be involved in this project, as you’d expect from a brand that has really pushed 1x.

“With 3T launching the world’s first dedicated 1x road frame and Aqua Blue Sport choosing it as their team bike for 2018, we knew we wanted to be involved in this project. It fits with our product innovations, and both 3T and Aqua Blue Sport will be perfect partners to test our 1x drivetrain options to the extreme,” explains Jason Phillips, SRAM’s Sponsorship Director.

“In only its first year at the top level, Aqua Blue Sport has already made a name for itself and SRAM is enthusiastic to be a part of their progress in 2018 and beyond.” 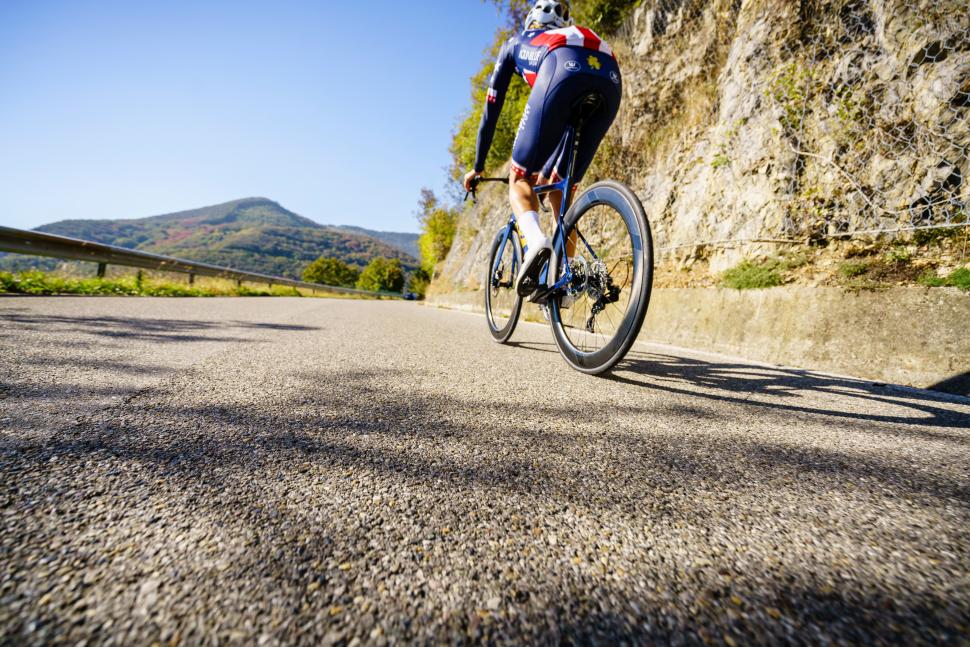 Rene Wiertz, CEO of 3T added: “SRAM has been our drivetrain of choice since we launched the STRADA earlier this year, and we are super excited to work with them in supplying bikes to Aqua Blue Sport. With all the developments in the works at 3T and SRAM, we’re sure we’ll be able to give the team a real advantage and fans something to look forward to for the coming years.”

- Just In: 3T Strada - the future just arrived in the road.cc bike shed

So there you go, without doubt, the most interesting team bike reveal ahead of the 2018 season.