Cycling app of the week: what3words

Identify every 3x3m square patch of earth using a three word address - it's a unique and revolutionary idea that is quickly catching on, and one that has many uses for cycling...
by Jack Sexty

what3words isn't a cycling app as such, but we're going to claim it as it has obvious two-wheeled benefits! It's a brave decision to do away with such common wisdom as postcoding, but that's exactly what what3words have done; instead of addressing the world by postcode, the app has assigned 3-word addresses, spaced by a full stop between each word, to each 3x3 meter square of the earth (there are 57 trillion of them). It's a much more accurate way of describing a location, and even a whole new way to talk about where you are. No more vague descriptions of somewhere you went and can't quite remember where it was, just three words that pinpoints the exact spot.

The clever algorithm makes sure addresses that sound very similar are far apart, and more common address are given to built-up areas while more obscure ones are given to rural and remote locations to better distinguish them. It uses a range of different languages, and more are been added over time, with a word list of over 40,000 in English. To avoid confusion, no words are shared between language versions. Once they find a 3 word address in one language, they can switch languages and discover the 3 word address for that same 3m x 3m square in a different language.

It works offline, so you don't need a data connection to use it, and you can search for places in the map using postcodes or street names if you don't know its three-word address or map location yet.

what3words are fully aware of the app's uses for cycling, and have recently partnered with the Beeline cycle-specific navigation computer. The what3words code has been integrated into apps from big businesses such as Jaguar Land Rover, Domino's Pizza, Audi and Glastonbury Festival already. 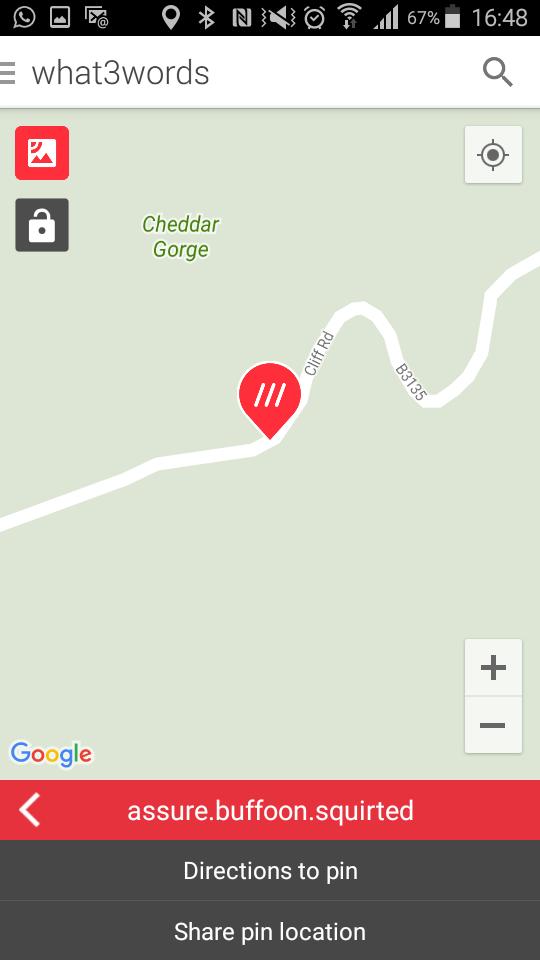 Cheddar Gorge really starts to ramp up at assure.buffoon.squirted

How many times have you tried to describe to someone a particularly gnarly section of an MTB course, the start of a Strava segment, or even a point where there's a nasty pothole? With this app you can describe the exact spot, just search on the what3words map for the location and you have a three-word address to identify it. You can then navigate to the exact spot in the future by searching for it using the three words in the map.

Again this isn't cycling related, but what3Words is helping others by giving them an actual address where postcoding doesn't. This has huge implications for remote parts of the world, in fact What3Words claim 75% of countries lack a reliable address system, making parcel delivery, opening bank accounts and even registering a birth difficult - this way it ensures no one is invisible to the state.

It could also mark an end to delivery companies leaving parcels in the wrong place. Is your postbox round the side? what3words can lead the courier to the exact spot, rather than just the building, ensuring your latest Wiggle/road.cc cycling socks order never goes astray. 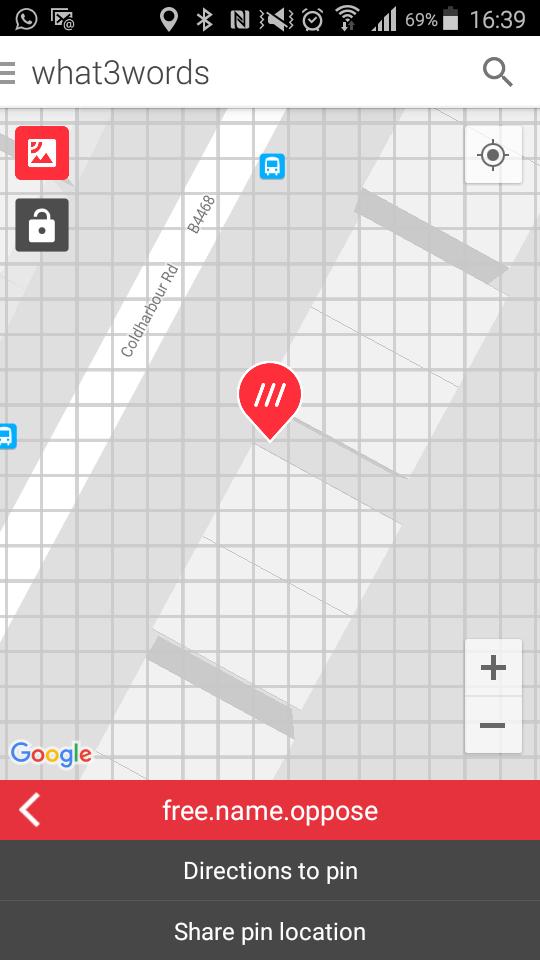 "The wife told me I can't go riding this morning so we'll have to sneak out quietly... meet me down free.name.oppose instead of sprint.piano.vital!

From what we understand this is the first app of its kind, and potentially a revolutionary idea that has uses in multiple industries. It's a whole new, precise way to talk about where you are - to us that's pretty unique.

what3words is free to download on Android and iOS. There are also third-party apps, mostly navigational, with what3words built into it - you can see a list of them here.