My car has a sensor that alerts me when the tyre pressures are too low, but I've never come across similar technology in the bicycle world. Until today that is - French tyre manufacturer Hutchinson has developed a sensor that fits inside the rim and can detect the tyre pressure. It can also detect sealant level and alert you of a puncture.

It’s still at prototype stage - that’s a 3D printed mockup in the photo above - but they had a working example inside a tyre on the stand relaying data from the sensor to the free smartphone app it has developed. 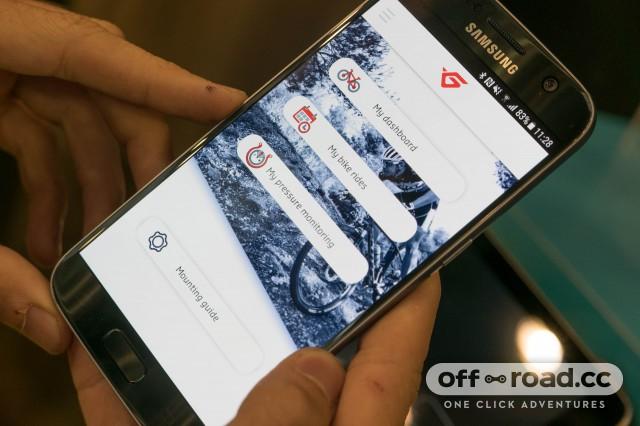 The sensor sits inside the rim at the valve, it works with any standard tubeless valve, and weighs just 12g and uses ANT+ and Bluetooth to relay data to the app. Tyre pressure is monitored every second or so to an accuracy of 0.01bar. The sensor switches off after 20 seconds of inactivity and this help to provide a claimed battery lifespan of three years in normal use.

The obvious benefit of the technology is providing a really easy way of seeing what pressure your tyres are without needing to attach a pump or pressure gauge to the valve.

But it can also detect a puncture, more useful for slow leaks rather than blowouts for obvious reasons. More usefully it'll detect current sealant level using a humidity sensor and let you know when you need to top it up, with the current level displayed as a handy percentage.

This is a really interesting development and I hope Hutchinson is able to fulfil its promise of delivering a production version next year as I think it has genuine practical benefits. There’s more. Accelerometers can detect wheel speed and lean angle which Hutchinson says can help to determine the right tyre choice for any given terrain or riding style. That’s probably of more use to mountain bikers than road cyclists perhaps.

It's some way from production readiness, but Hutchinson says it’s confident it’ll be released during 2018 since it has proofed to itself that the technology works, it's just a case of preparing it for mass production. No idea on price but expect somewhere in the region of between €50 and €100.