There's no shortage of sexy bikes here at Eurobike, the world's biggest bike show, so we've done our darn best to round up some of the most visually appealing bikes from the hottest brands. We've got some jaw-dropping paint jobs from Parlee, sleek aero disc action from Wilier and a very grubby Merida Scultura Disc, plus lots more in the gallery above. 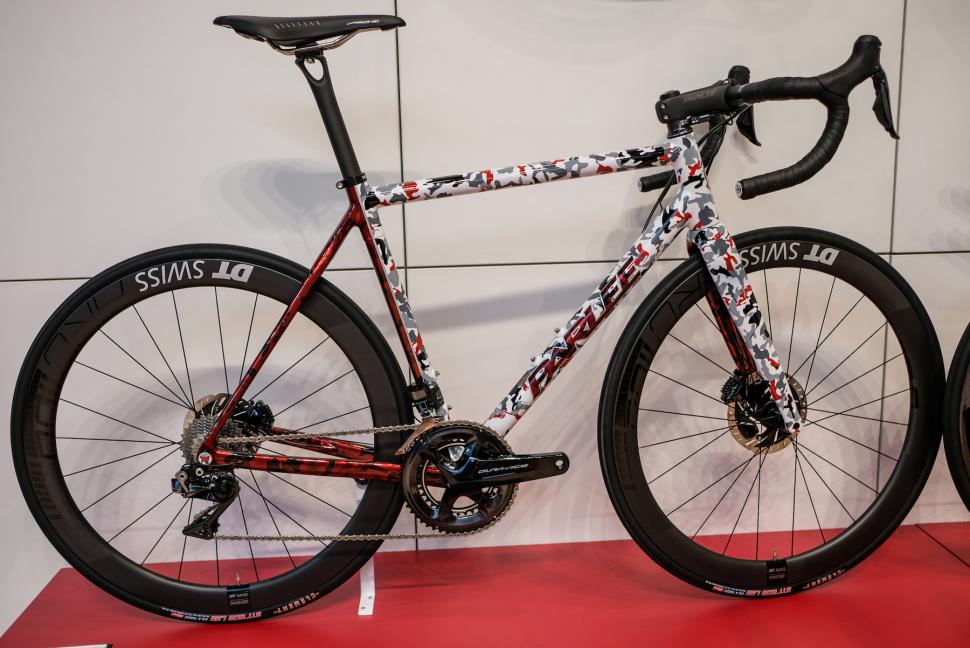 If there was an award for best paint jobs at this show, Parlee Cycles would walk it. This is one of most striking paint jobs I can remember seeing at the show, for a good few years anyway. 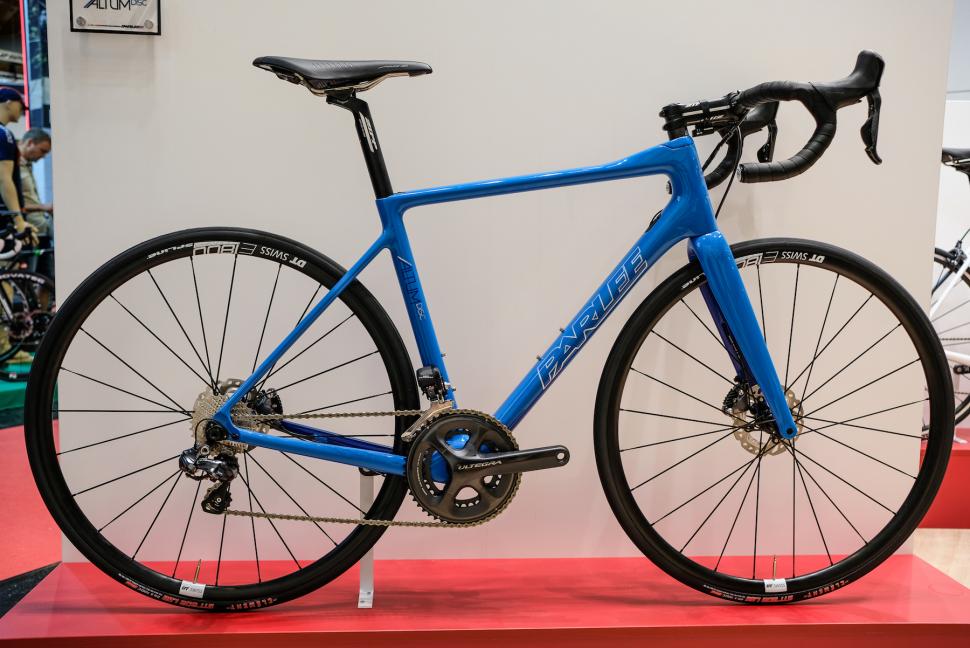 If you have more conservative tastes, but still want a splash of colour, this Altum Disc might suit you. 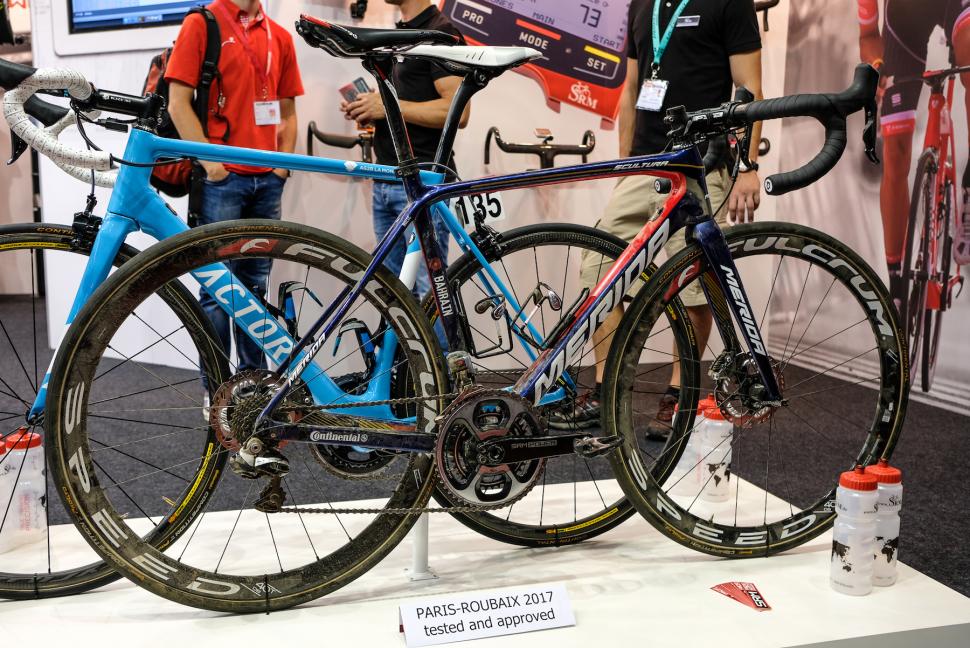 Not all the show bikes are shiny and box refresh. In dire need of a good wash is this Merida Scultura Disc ridden by  Bahrain-Merida's Borut Bozic in this year's Paris-Roubaix. We reviewed Bianchi's new aero road bike the Aria a little while ago, and here it is with disc brakes. 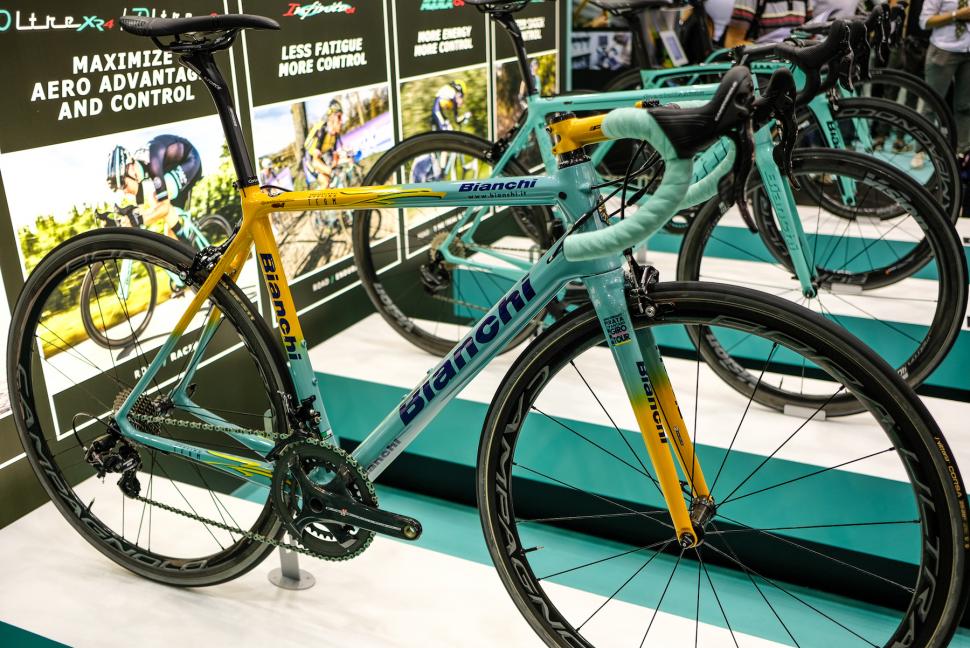 Want a modern frame with a legendary paint job? This Bianchi Specialissima commemorates the 20th anniversary of Marco Pantani's Giro d'Italia and Tour de France double, a feat only achieved by seven riders in history. Custom painted stems. What can I say, I've got a soft spot for them. Wilier's Cento10Air was launched last year to mark the Italian company's 110th birthday, and this year they've followed up with, yes you've guessed it, a disc brake version. 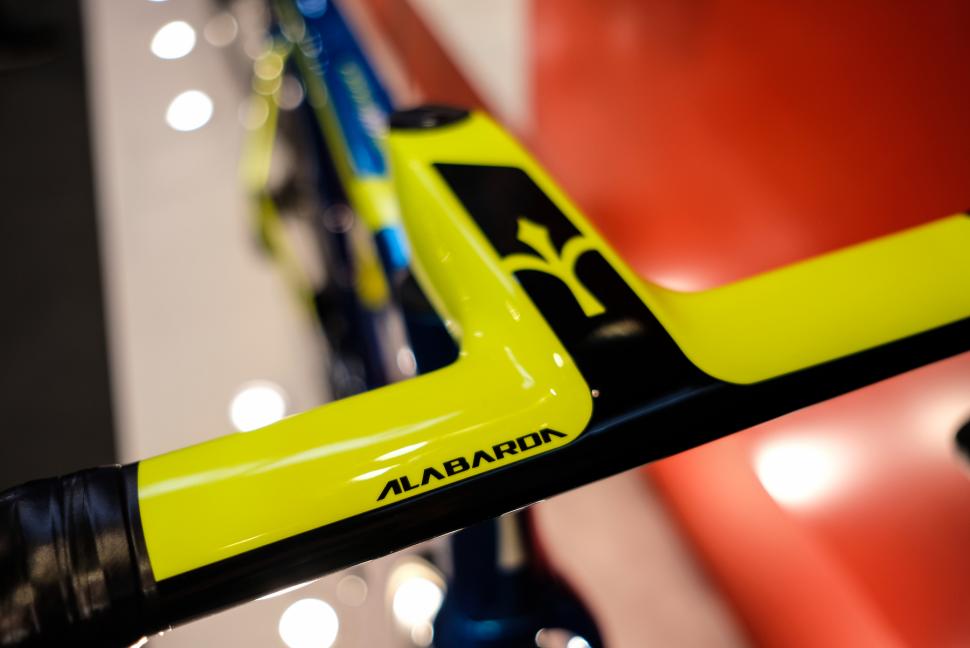 An aero bike demands an aero handlebar and Wilier doesn't disappoint. This is its own design and the cables are all routed inside to reduce drag as much as possible. 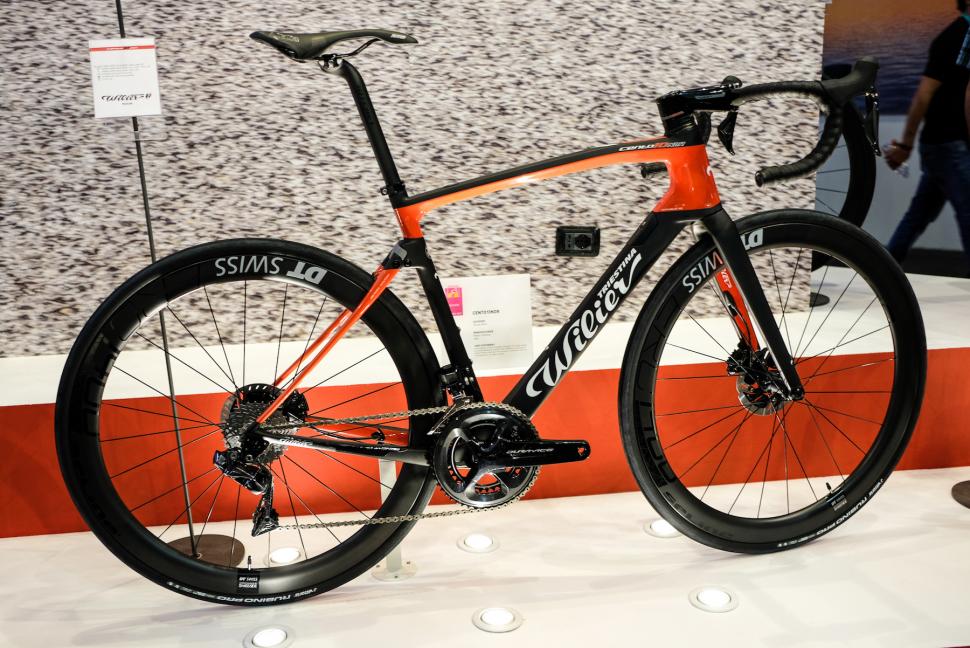 Also from Wilier is the Cento10NDR that we showed you recently. 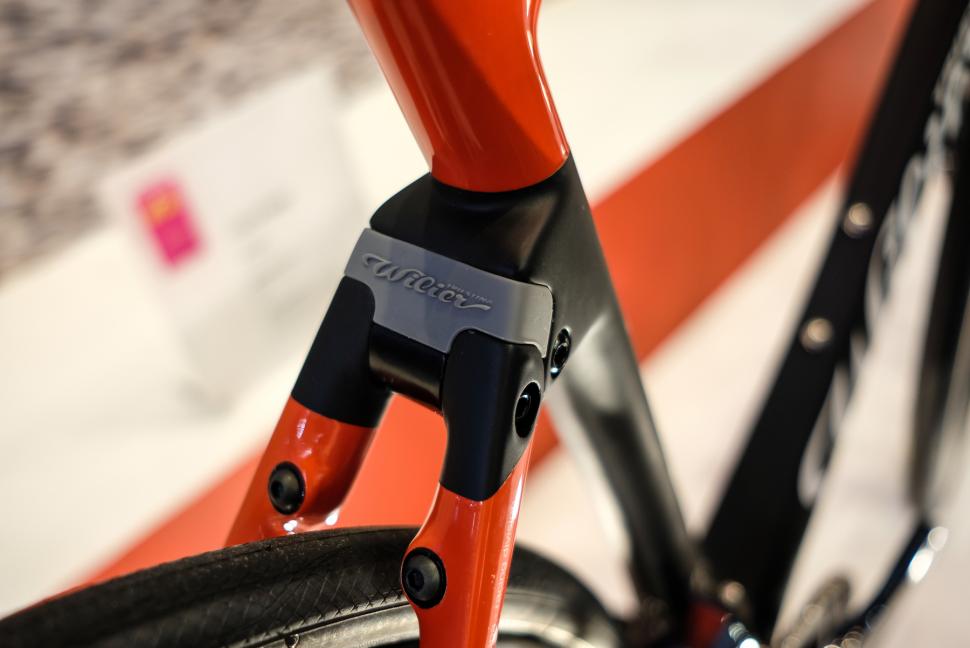 It's the company's new endurance platform and has an elastomer at the top of the seatstays to smooth out rough roads. Interestingly, though it's equipped here with disc brakes, there are also rim brake mounts should you, for some unfathomable reason, want to go back to rim brakes. Looking resplendent decked out with Hope components is this Field Cycles. There's just something right about a custom painted stem to match the frame. 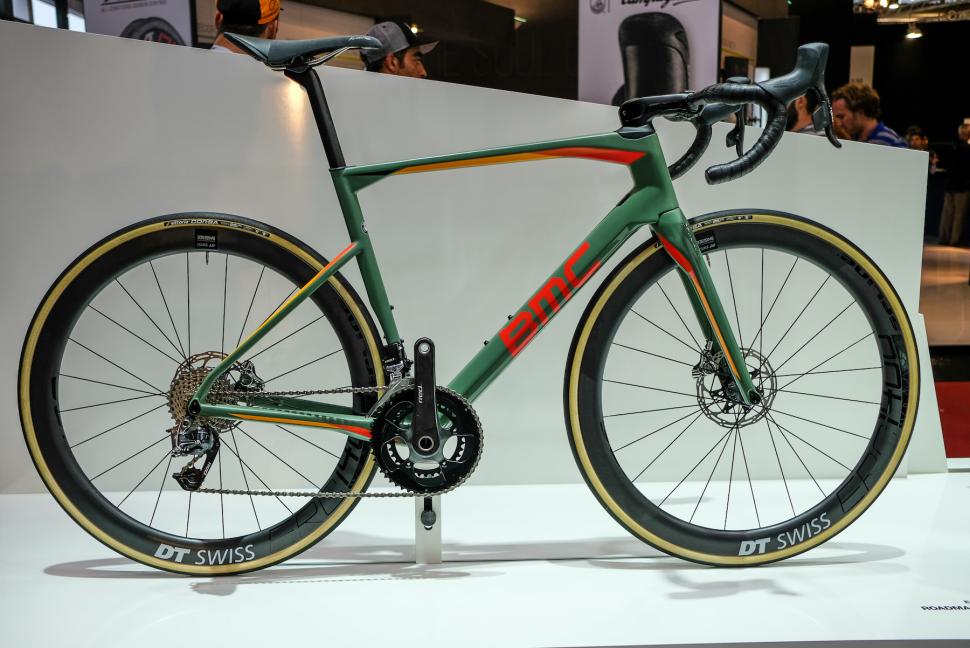 BMC has designed a fork with the flat mount disc brake caliper being attached from the front of the fork, much like we've seen previously on the new Open Upper fork. 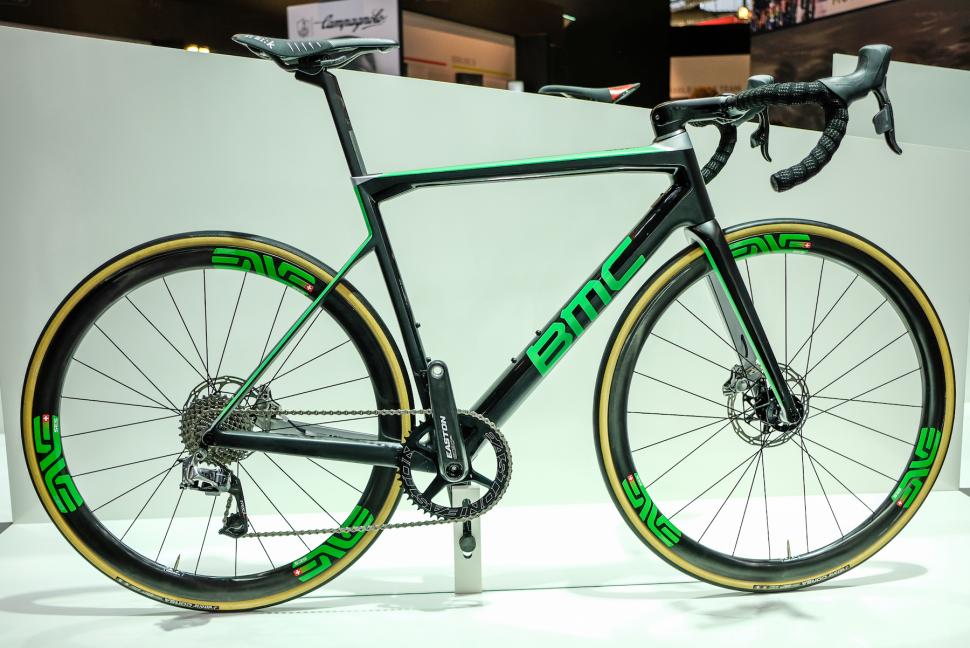 And here's the same frame with a 1x11 drivetrain. There's growing interest, at least from bike brands, in offering 1x on road bikes following its popularity with adventure and gravel cyclists. 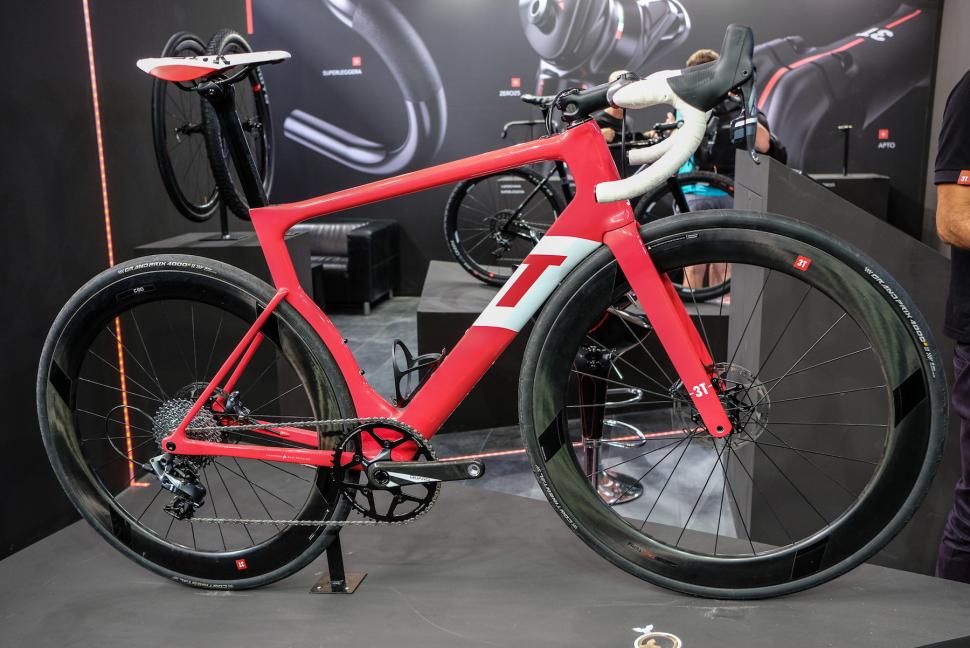 The 3T Strada shouldn't need an introduction, Dave and Tony had a first ride on it in Austria a while ago. It's a bike that has been designed around 28mm tyres and only accepts single ring drivetrain. Not new, but probably one of the most expensive bikes at the show, is the Lightweight Urgestalt, which is available with disc brakes. This second generation frame is not just a simple update, it has been completely redesigned around the adoption of disc brakes and uses 12mm thru-axles and flat mount. The frame weighs a claimed 850g, making it one of the lighter disc-equipped carbon frames on the market right now. 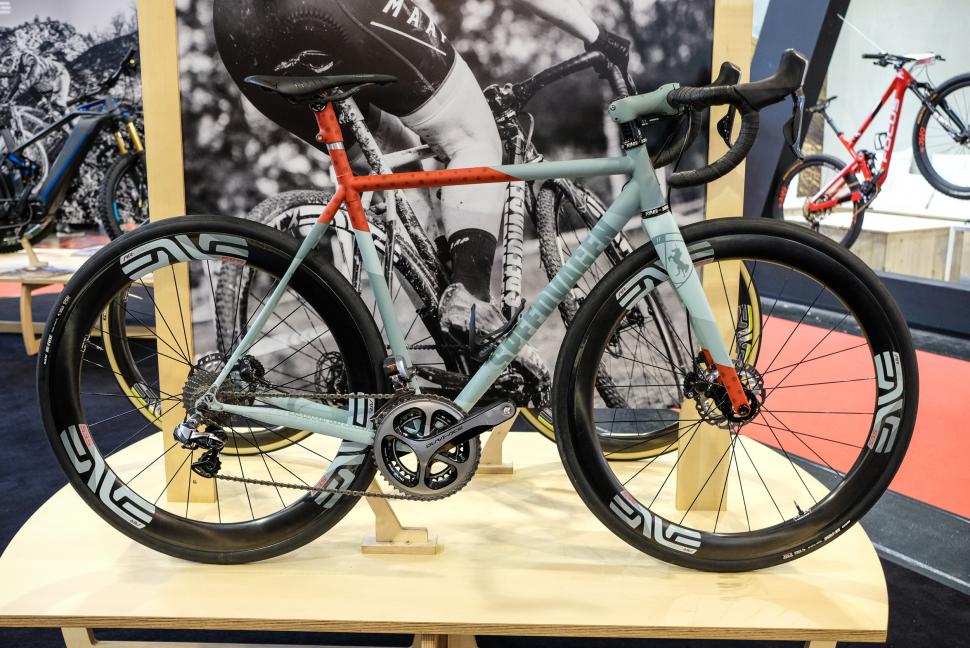 Portland-based Speedvagen has been touring Europe providing fit sessions for interested customers and they found their way into Eurobike with this lovely build. It was pictured on the Enve stand, hence the Enve wheels and custom painted stem. 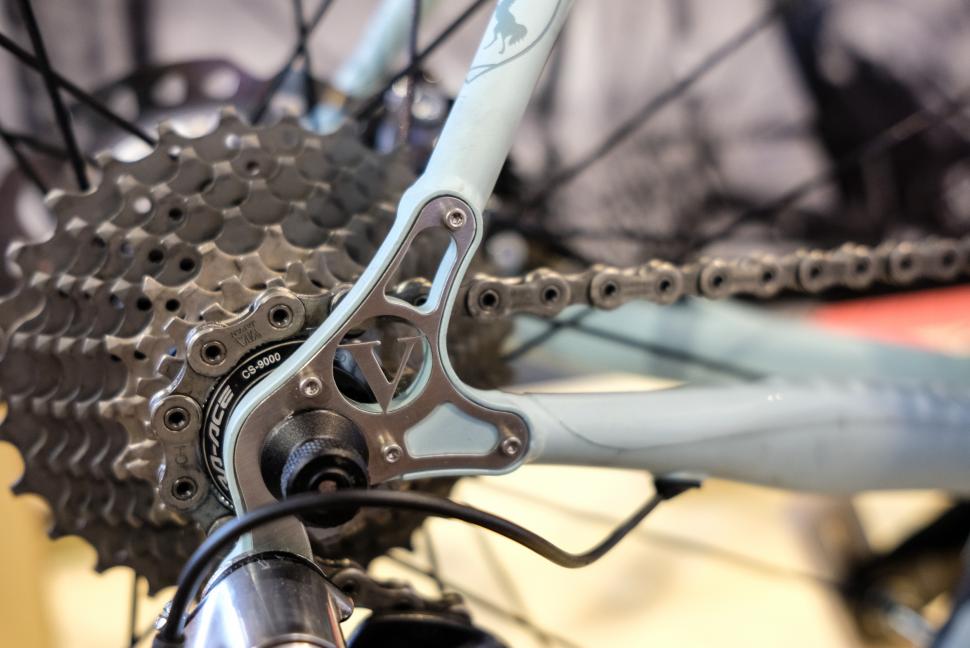 Dropouts are really a part of the bike many people get excited about, but these are quite exceptional. Open first launched the genre-defining UP gravel and adventure carbon frame here at Eurobike back in 2015, and there’s an updated version for 2018 which gets flat mount disc brakes and 12mm thru-axles at both ends - the previous version had post mount and a 15mm thru-axle fork. 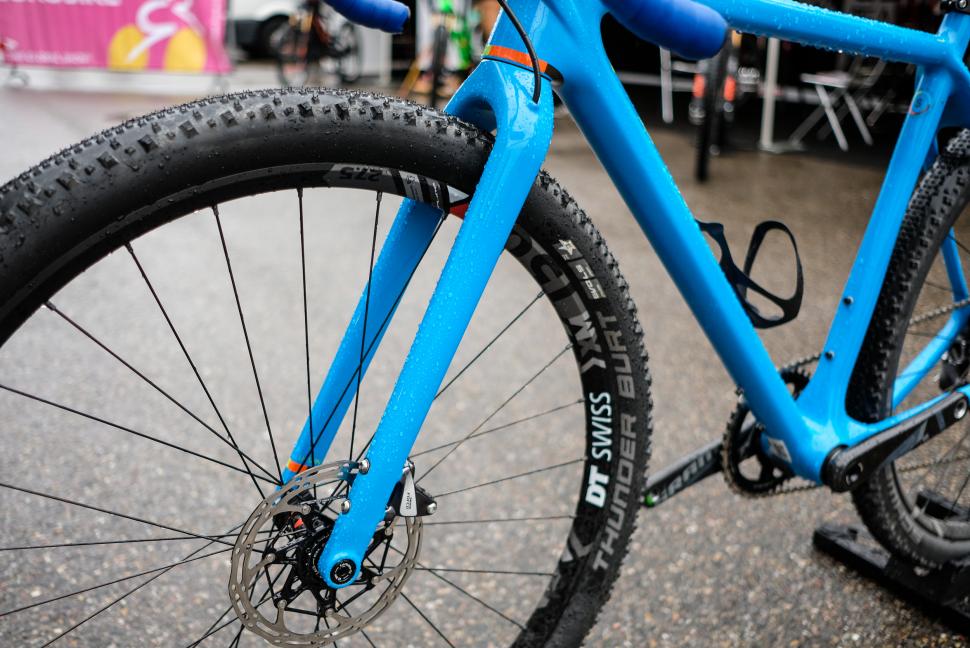 The original, to be called the classic, will still be available, but this new UP swaps the original 3T fork for the company’s own design fork called the U-Turn which uses a 12mm thru-axle and flat mount with the caliper bolts threading in from the front. The fork saves 65g and boosts front-end compliance by a claimed 20%, while 70g has been shaved off the frame as well. It’s the same fork that is used on the Upper, which was launched a short while ago. And this here is the new Upper. It’s essentially a high-end version of the UP with higher grade carbon resulting in a whopping 230g weight saving, making it 870g compared to 1,100g for a size medium. What do you think of the paint job? I thought the Parlee at the top of the story was walking it in the best-painted bike awards but this Open might just be a contender.