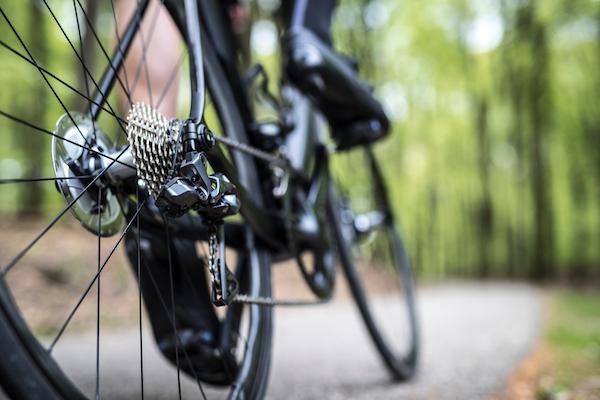 We headed out to Austria to ride the latest version of Shimano's hugely popular Ultegra groupset, now with hydraulic discs as well as Di2...
by Jack Sexty

Shimano’s campaign for the new groupset is ‘Your Ultegra’, based on the premise that it’s a versatile high-end option that will suit serious enthusiasts,  yet is more than capable enough for elite-level riders too.

The information has been out for a while and we’ve covered the new groupsets extensively (see links above); and the differences between Ultegra and the top-end Dura-Ace now stand as this, as far as we can see: Dura-Ace is marginally lighter (about 300g lighter for the whole groupset), there are small material differences such as a steel front mech cover as opposed to aluminium on Dura-Ace, and... there's a different logo proudly adorning that oversized crank, which is now the same shape on Ultegra; that's how marginal we're talking. Ultegra itself has changed aesthetically quite a lot from the previous 6800 and 6870  groupsets; but not much in its own right, as the changes are mostly bringing it in line with Dura-Ace. In fact Ultegra offers an advantage to cyclists who favour smaller gears for climbs, as you now have the option of running an 11/34 cassette. Everything laid out to do some serious Ultegra Di2 modding

The press camp took place in the hills of Austria, and our test rides included the infamous 17km Furkajoch mountain pass. Shimano's product managers and engineers firstly gave us some technical demonstrations to show off new Ultegra in all its glory. To demonstrate the ease with which electronic shifting can now be customised, we were presented with Shimano's e-Tube app on an ipad, plus a magnitude of cables and shifting options to create a complete franken-system. By the end we had set up six different shifting options wirelessly via e-Tube, and while you'd struggle to remember what does what with this many options, it was a solid demonstration of what's now possible. Bringing this technology to Ultegra level means that the enthusiast can get more involved in their components and truly make their bike their own, without the Dura-Ace level basic component pricing.

We were also shown the improvements in mechanical Ultegra R8000 in terms of making quick fitting adjustments. When mounting the front mech all it takes is a 2mm hex key to adjust the hanger, making it pretty much foolproof.

My R8070 groupset was built on a Pinarello Dogma F8 (all credit to Shimano for the mighty fine bike choice) and included rear mech 'remote sprinter' shifters on the top of the hoods, TT-style satellite shift buttons on the right-middle of the handlebars and a sychronised shift button in place of the right bar end. The latter allows you to change between synchronised shifting (only needing to use the rear mech while the front is selected automatically) semi-synchro shifting (selecting your next suitable gear at the back after performing a front shift to smooth the process) and manual.

The levers feel very comfortable on the hoods, with nice, firm of padding that caused me no blistering at all after two days of long rides and plenty of elevation. Out of all the extra shifting options offered, my personal favourite, and the one I’d be adding if/when I get new Ultegra on my own bike, would be remote sprint shift buttons on top of the hoods. I set mine up on the e-tube app so it was simply left hood to shift down the cassette and right to shift up, and when you’re out of the saddle they’re remarkably easy to access. My concern was the potential to hit them by mistake when my hands were clenched over the hoods on a punishing climb, but they require a firm enough press for this to never be in danger of happening.

With the actual levers themselves, I did find the downshifting a bit problematic at times, the angle required to click it with the right hand isn’t quite to my liking and occasionally I missed the shift first time; but this is a personal issue on position, and nothing to do with the responsiveness of the shift. The brake levers are a nice shape, and the hoods offer plenty of padding

The brand new disc brakes were understandably noisy, being new and all, and this was a little unnerving on very big descents when they were literally screaming. This could point to a possible need to make the circumference of the discs themselves bigger to cushion the blow from riders heavier than a grand tour rider, but despite some screeching the actual stopping power was never in doubt.

I'm a fan of the oversized crank personally, and I think coupled with the beefed up shape of the chainrings compared to 6870, this definitely improves responsiveness of the shifting. The new more compact shape of the rear derailleur is supposed to better protect it from damage, and although I can't even nearly vouch for this yet, it's obvious to see that there's less chance for dirt and grime to reach the moving parts. 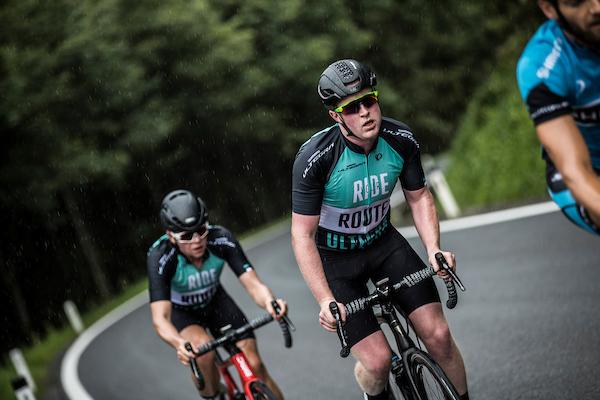 In summary, the completeness and capability of Ultegra now poses one big dilemma for Shimano: why buy Dura-Ace when Ultegra is this good? In a direct comparison of both systems new Dura-Ace is around 300g lighter than Ultegra, roughly equal to the weight of a pack-a-jacket and a banana in your jersey pocket, with no real noticeable performance differences from what I've experienced. Shimano could have shot themselves in the foot somewhat here, although according to Shimano Europe Product Manager Tim Gerrits, the development teams for each tier of Shimano groupset actively compete with one another in order to keep raising the bar. While there might be little difference, understandably some customers will always want the premium version just for bragging rights, and Chris Froome might want the very marginal weight gains just in case; but for the rest of us, Ultegra now looks like even more of an absolute force, and one I certainly found performed exceptionally over my first 80 miles of riding in its electronic disc-brake format. ​