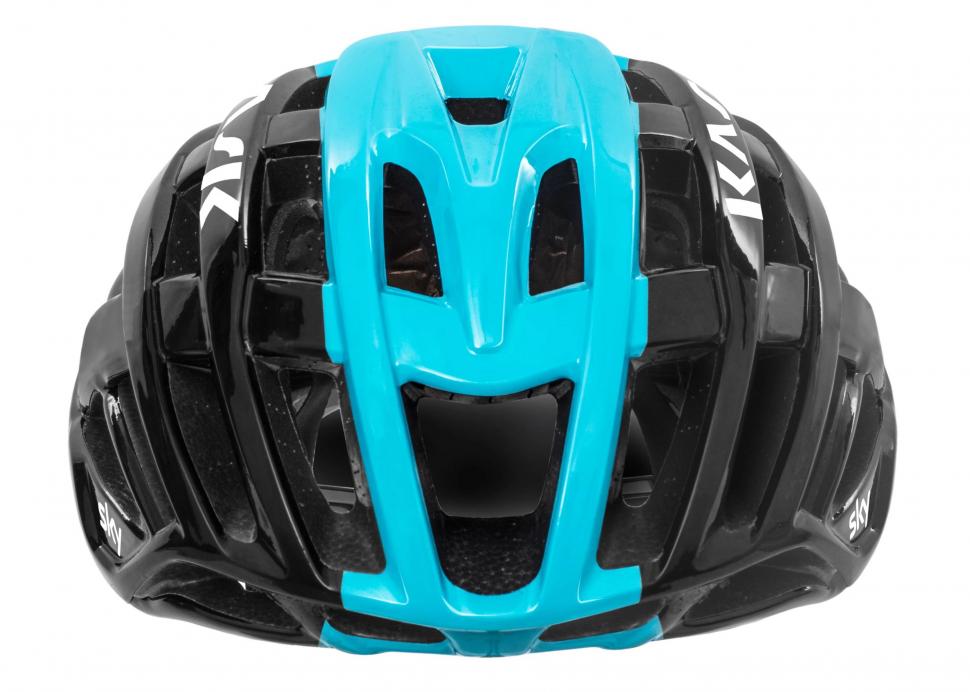 The popularity of Kask helmets has risen hugely since the Italian company became a sponsor of Team Sky, and it has been responding to the British team's demand for the best equipment with a steady release of new helmets over the years.

The latest is the Valegro. It’s designed as a lightweight helmet, and with 36 air vents, it is intended be better vented than the current team issue Protone, which combines an aerodynamic design with air vents. In very simple terms it’s pretty much a Protone with more vents.

The new helmet was developed with Team Sky “based on their feedback from the most punishing race conditions possible.” It’s Kask’s answer to the team’s request for a lightweight and highly vented helmet for the hot mountain stages. That high number of vents has resulted in a helmet that weighs in at a claimed 180g. That's very light - the Protone is 250g and a Lazer Z1 is 238g. Kask says it has developed a new moulding technology which has allowed it to make such drastic weight reductions, but it doesn’t go into detail about the new tech.

As well as a large number of vents, Kask says the head-to-pad contact is 70% less than other helmet designs, which should benefit the cooling effect of the Valegro. The pads are made from 5mm thick fast-wicking material that is breathable and helps to pull sweat away from the rider’s head to the helmet’s outer shell.

Kask has still considered aerodynamics, taking lessons learned from the development of the Infinity and Bambino Pro helmets, and the shape and profile of the helmet have been optimised to reduce drag with wind tunnel testing to fine-tune the finished product.

Another neat details is the front and rear sunglasses “garages” so glasses can be easily pushed into the helmet vents when you don’t need them, such as when toiling away up a very steep climb.

That means it’ll be the helmet the team chooses when the Tour de France reaches the mountains - the team rode the second stage with the current Protone because it was a very flat stage so we’ve not seen the new helmet in action during this race just yet. 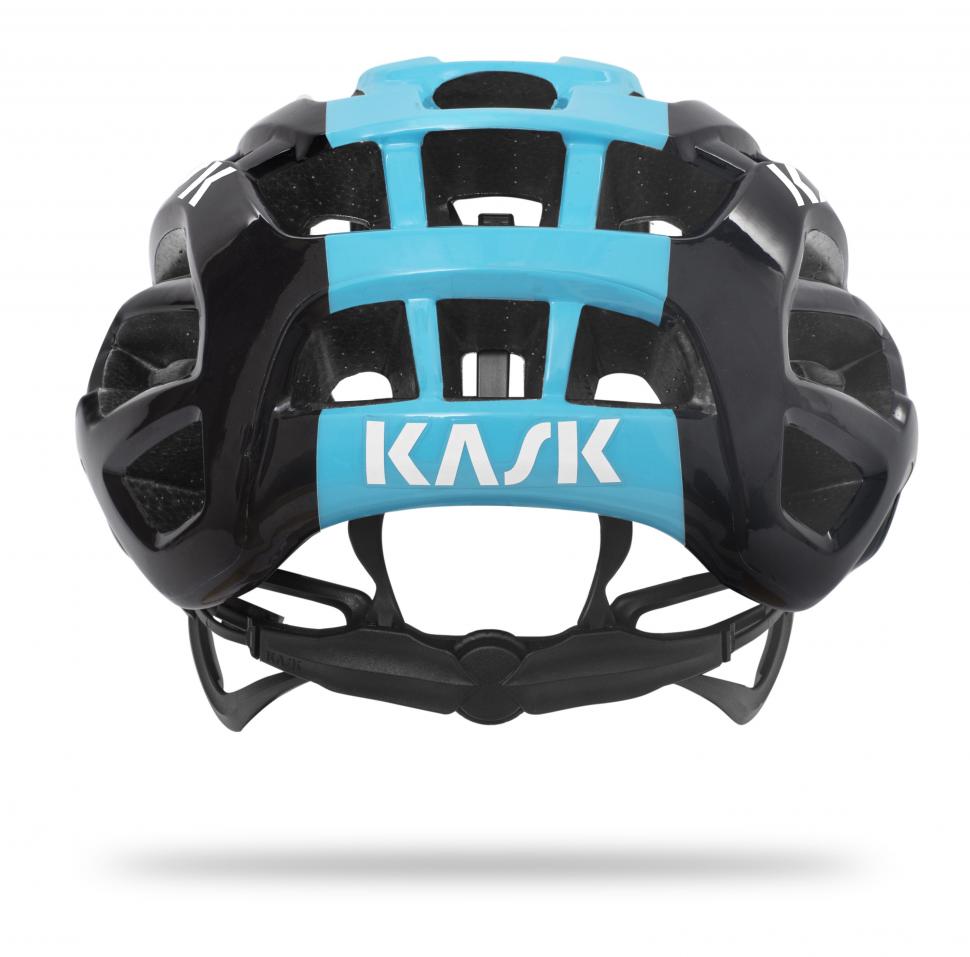 “We are always looking for the next advantage in terms of innovation and performance here at KASK," says KASK’s Manager Ylenia Battistello. "We have a great relationship with Team Sky and together we have developed a new helmet that delivers the optimum blend of high performance, comfort and rider security throughout a race as tough as a Grand Tour. We are very excited to see Team Sky riders racing in the Valegro from this July.”

Carsten Jeppesen, Head of Technical Operations, Team Sky, Team Sky adds: “It’s been a great experience to work so closely with KASK in developing a helmet that will help our riders perform at their best. With every race, our riders and technicians demand to be ahead of the game in ultimate performance and rider comfort, and with the Valegro, KASK once again exceeds our expectations.”

Like the look of the new helmet and want to get your hands on it? Don’t hold your breath, it won’t be available until December 2017 and no price has been announced.

1
Sigma Sports set for expansion as private equity firm buys into business
2
6 highlights from Rapha’s new spring collection
3
The ‘Roadmap out of lockdown’ – what does it mean for cycling?
4
Tell us your best UK routes on komoot and win a Garmin Edge 1030 Plus worth £519!
5
Specialized patents full suspension system for road bikes
6
Schoolgirl killed in bike crash 'died doing something she loved'
7
Near Miss of the Day 545: Tesco driver nearly wipes out cyclist
8
Motorists to be paid £3,000 to give up cars