To celebrate the 100th edition, and Bahrain Merida captain Nibali’s attempt to become only the 8th rider to have won the Corsa Rosa on three occasions, Merida have produced this showstopper with numerous bespoke features.

Should Nibali need reminding of the task at hand and the esteemed company he’s in as a Giro winner, the names of all past champions are inscribed onto the frame of the bike, with stars indicating how many victories each rider notched up. If the gold colour on the otherwise jet black frame isn’t luxurious enough, it’s actually made out of real gold leaf. The banderole is applied over the top of the carbon and then protected by a clear coating. It also has the word 'Centenario' etched onto the frame to mark the 100th Giro. 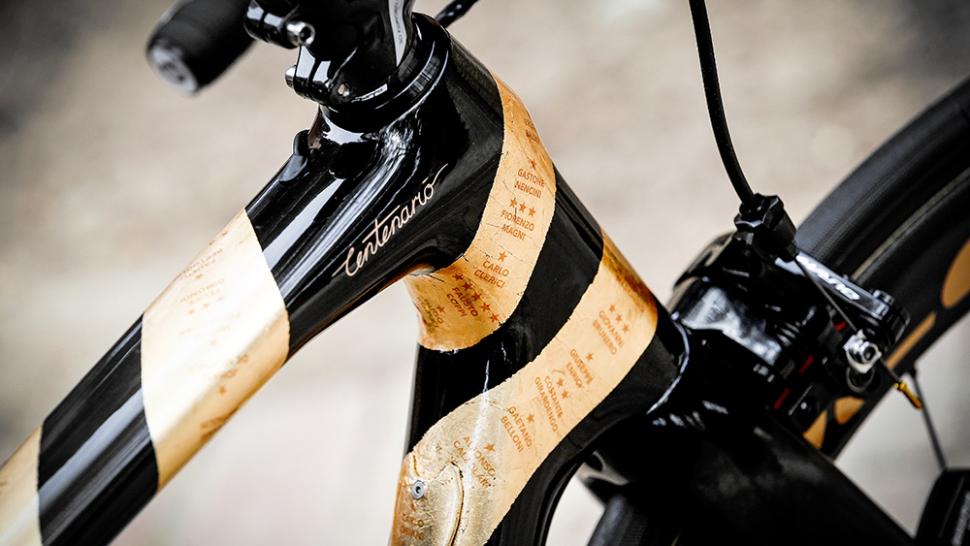 In terms of spec, the bike as it appears here comes equipped with Dura-Ace Di2, SRM cranks and a Fulcrum Speed 55mm tubular wheelset. Mounted on those wheels are Continental’s Competition Pro Tubular tyres, that are only available to the pros and people who know people in the bike industry.

The Scultura is one of three bikes the Bahrain Merida team will be using at this year’s Giro, the other two at their disposal being the Reacto aero road and the Warp Team Time Trial bike. The Scultura was launched in 2015, and at just 4.52kg for a complete build it’s one of the lightest production road bikes available. The 2017 version has done away with the placement of the rear brake from under the bottom bracket, changing to a more standard seat stay/seat tube position for better braking performance. 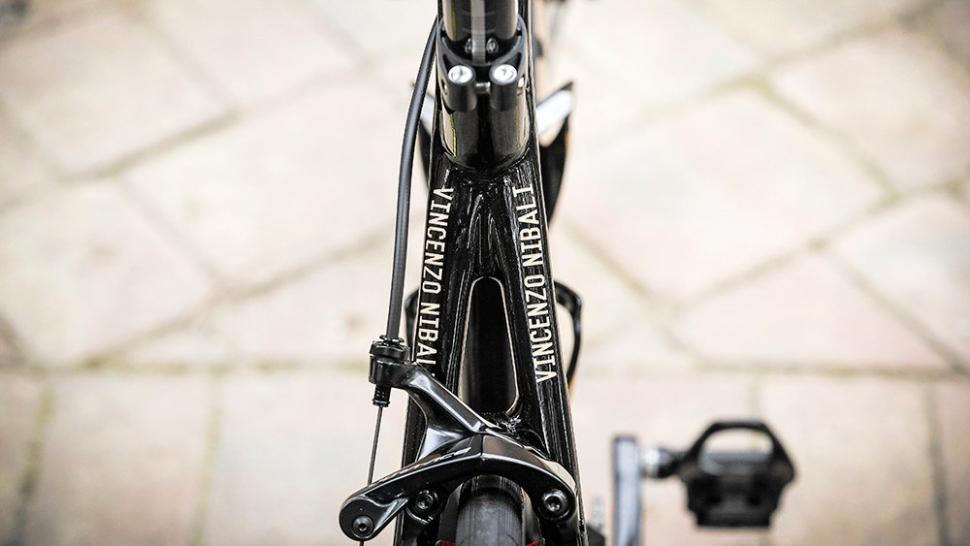 Want to get your hands on this very special bike? Unfortunately you can’t, as it’s an absolute one-off and won’t be reproduced – so unless Vincenzo himself is feeling particularly charitable when he’s finished with it, this bike is for ogling purposes only for the rest of us mortals…