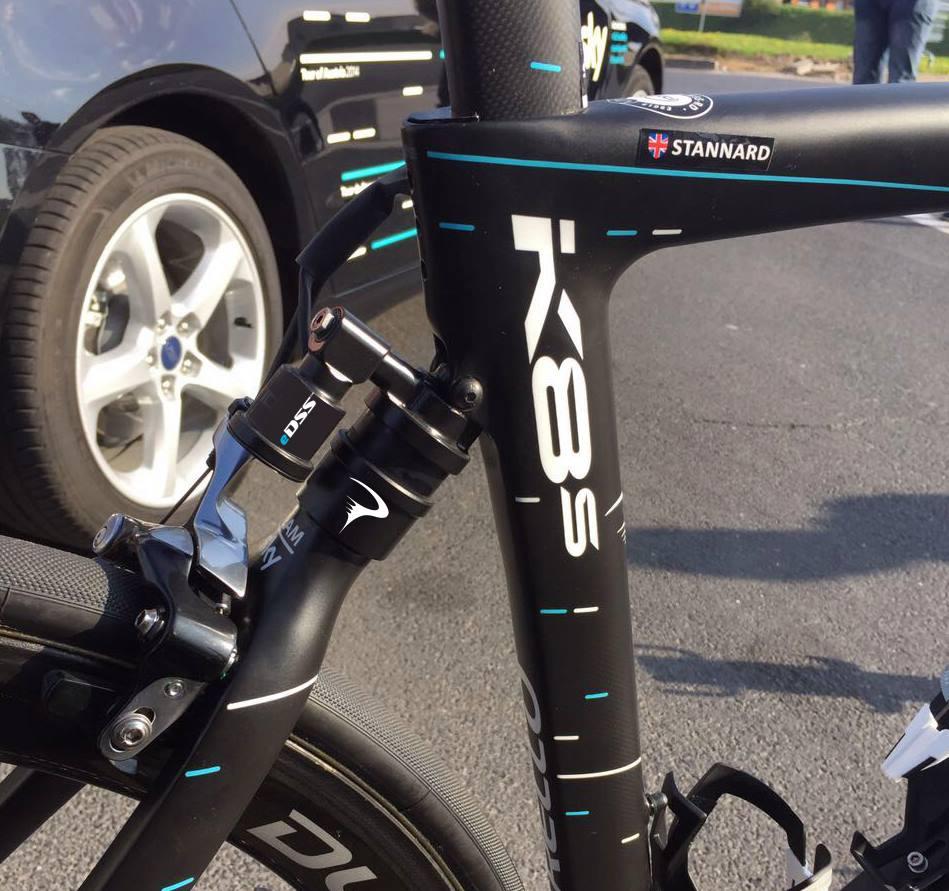 Manufacturers are constantly seeking clever and whacky solutions to the challenge that is Paris-Roubaix and its punishing cobbled roads. Pinarello has developed a new version of its soft tail Dogma K8-S with an adjustable electronic rear damper.

Pinarello has partnered with a suspension company called HiRide to develop the uprated suspension damper for the K8-S, which comes two years after the bike was first launched at this race when Bradley Wiggins competed. 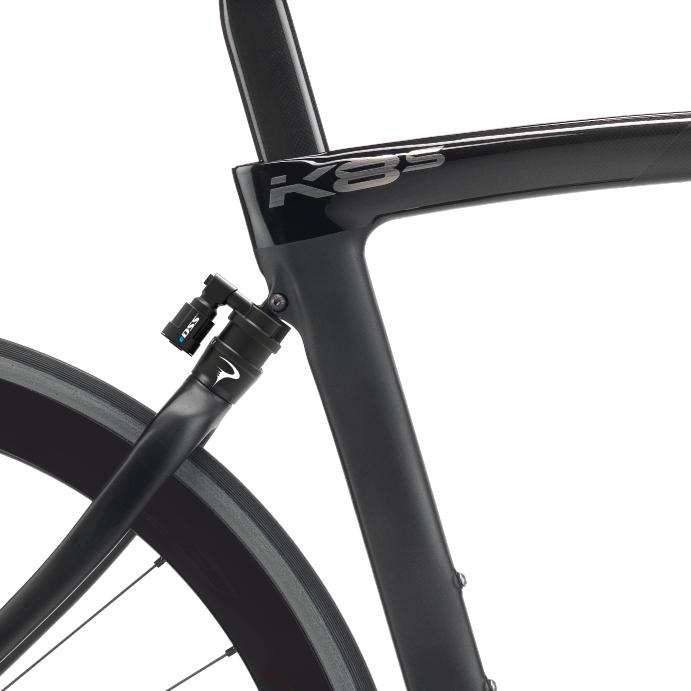 Key to the new suspension is the ability for its to automatically lock out when riding on smooth roads, but become active when riding over rough roads or cobbles. The new eDSS 2.0 (Electronic Dogma Suspension System) does this by using six axis accelerometers and gyroscopes that are able to take feedback from the road and adjust the damper unit accordingly. Pinarello says it can adapt the suspension to suit all types of road surface and terrain in milliseconds.

Automatically adjusting suspension isn’t a new idea. Specialized uses a system called Brain on its Epic cross-country mountain bike. The suspension is able to detect when the riding is travelling over a smooth road and firm up, or lockout, the suspension, but when the wheel hits a bump the suspension opens up to absorb the impact. Though Specialized still uses it, it’s  a concept that has never really caught on. Much more popular is a lockout option activated by a handlebar mounted lever. 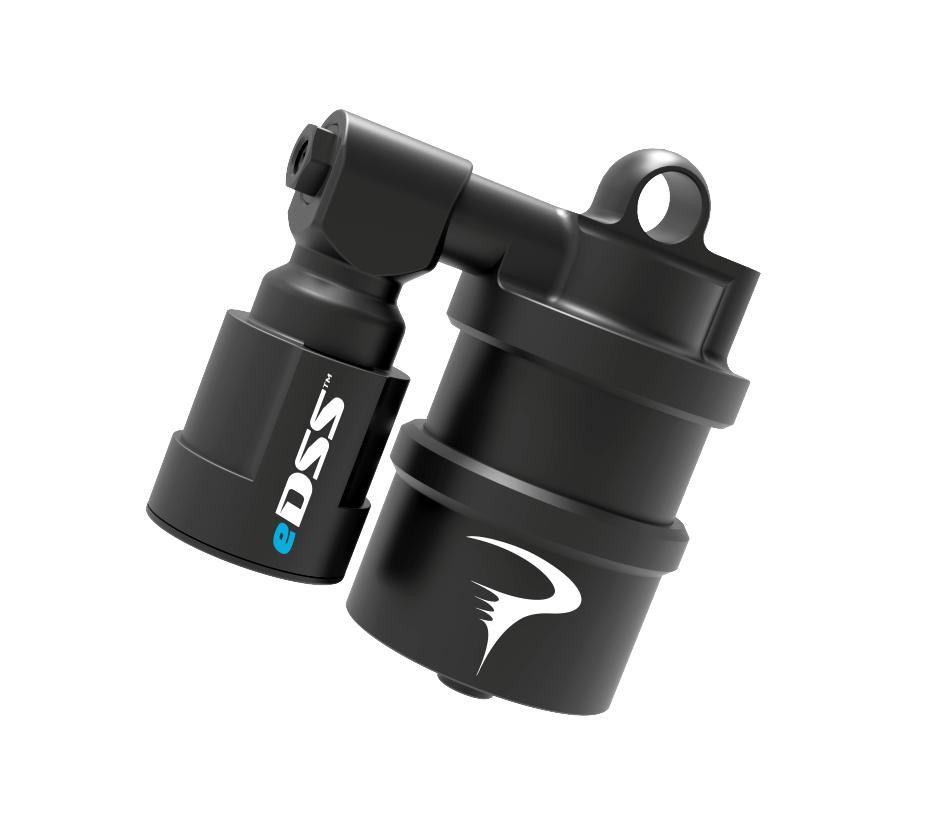 Do pro riders even want suspension though? Since its introduction, the Dogma K8-S has rarely been used by Team Sky even at the cobbled races, with the non-suspension K8 getting more use. Maybe the adjustable suspension will win them over?  The new bike has already been raced in the mid-week Scheldeprijs by Ian Stannard, and he’ll apparently use it in Paris-Roubaix this weekend.

“I am very happy with this new and ambitious project that PinarelloLab developed with the collaboration of HiRide. The introduction of an electro-hydraulic control system establishes an important step forward in the technological evolution of our bikes, improving performance and increasing safety,” commented Fausto Pinarello.

Carsten Jeppesen, Team Sky head of operation added: “eDDS2.0 is a fantastic innovation on our bikes, gives to our riders the best of both worlds: stiffness on normal road and comfort on the cobbles 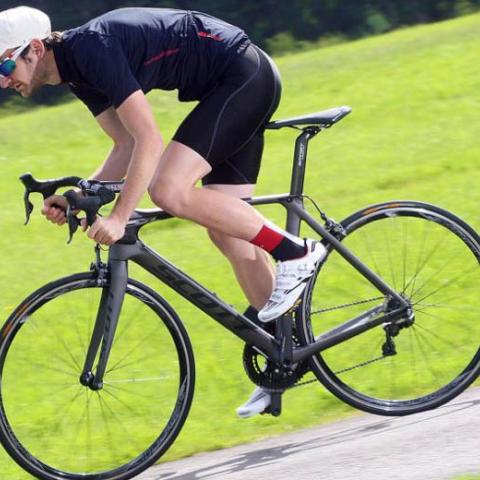