Britain’s Orro has revealed prototypes of two new bikes that are intended to reach full production soon: a Terra C carbon-fibre gravel bike and a disc brake compatible aero road bike with a sub-900g frame. The pictures here are of 3D printed rapid prototypes of each of the two bikes.

Orro already has a triple-butted 6061 aluminium Terra gravel bike in the range. It’s equipped with a Shimano 105 groupset and hydraulic disc brakes and is priced £1,349.99. We first reported on it back in 2015.

The Terra C doesn’t simply involve a change of materials. The geometry has been tweaked with a slackened head tube, and the chainstays have been dropped slightly. The seat tube is cutaway around the leading edge of the rear wheel, the idea being to improve aerodynamics while also adding clearance. 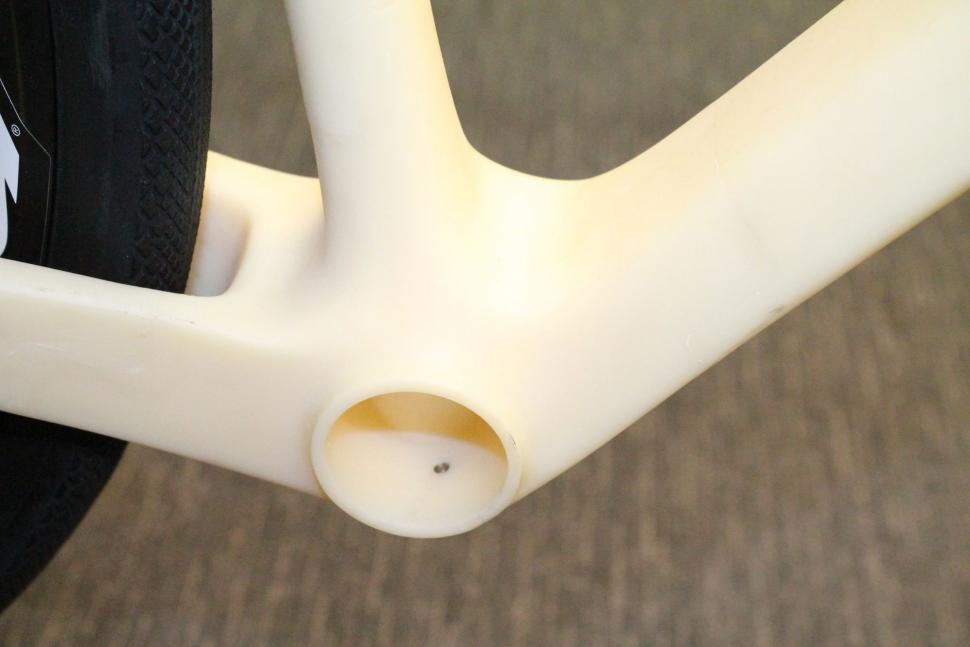 Speaking of clearance, Orro says you’ll have space for 40mm tyres without mudguards fitted, or 37mm tyres with mudguards. You get mudguard mounts front and rear, and also rack mounts at the back. One interesting feature is that Orro has added a material called Innegra in key areas to protect the frame against any stones that get thrown up from the road surface.

The main benefits of Innegra are said to be that it can dissipate the high amount of energy associated with an impact, and that it isn’t brittle. It’s also durable. With that in mind, Orro has added sections of Innegra into the carbon layup on the inside of the fork crown, for example, and the underside of the chainstays. The brand says that the material doesn’t affect the character of the ride, it just adds extra resistance to damage. 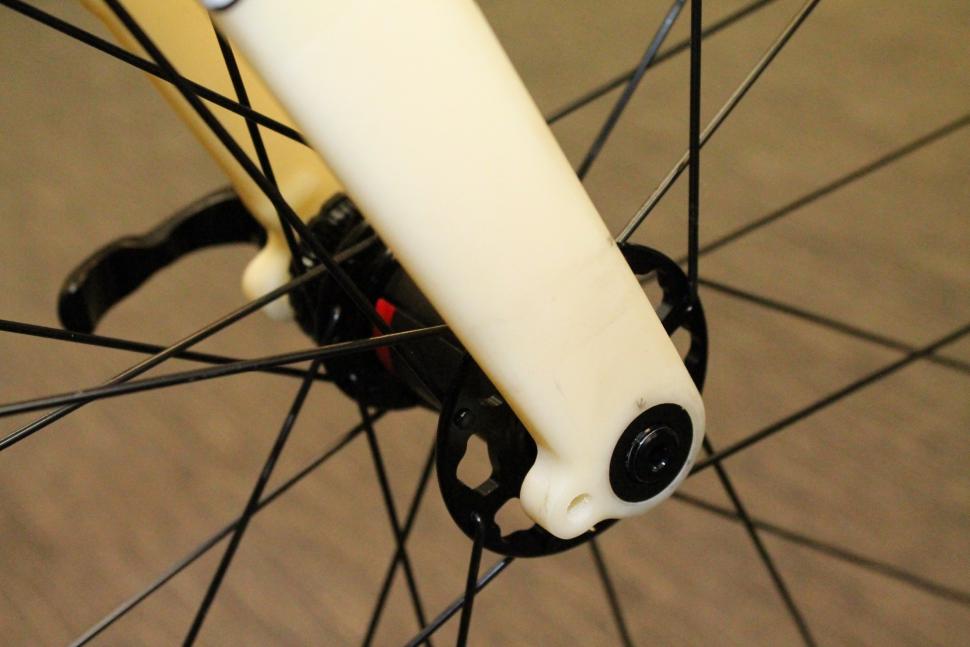 The finished version will be the same shape as the rapid prototype shown here (perhaps with some minor amendments) in military green, orange and matt/gloss black versions.

In addition, each of these will be available in what Orro calls an ‘adventure’ spec with the addition of an FSA Adventure handlebar with drops that flare outwards, Fulcrum C19 rims and probably with Hutchinson tyres.

Orro expects the Terra C to be on sale in March after 18 months of development. 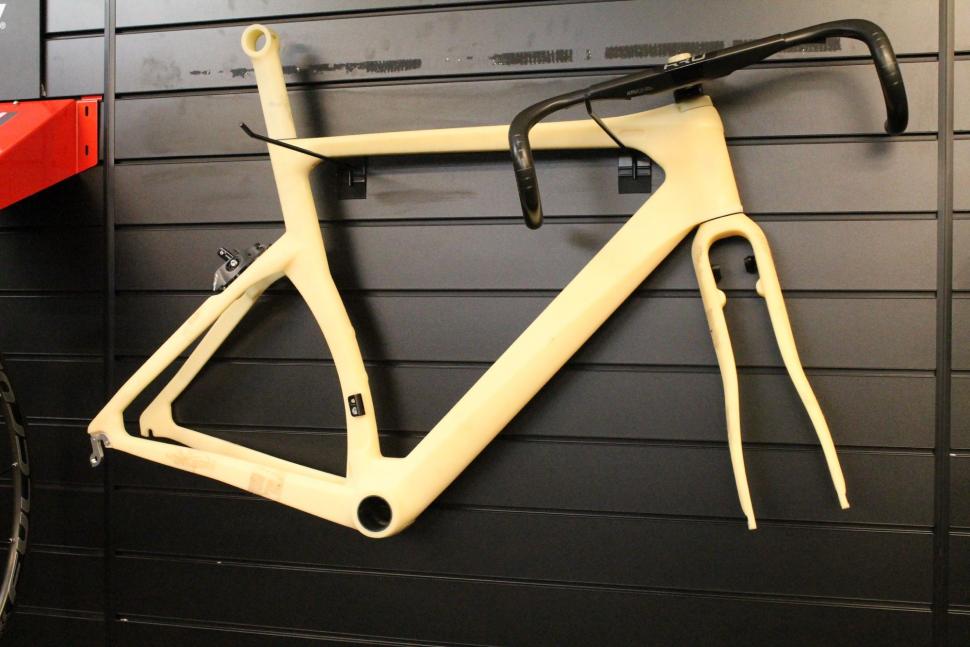 The other new model is this aero road bike that will be built with the same spread tow carbon (STC) that Orro uses for the Gold STC Disc Ultegra we reviewed last year. Although the rapid prototype pictured here is fitted with rim brakes, Orro has ditched that idea in favour of disc brakes, reverting to the original plan made before the UCI suspended the use of disc brakes in road races (following last year’s Paris-Roubaix; they’re permitted again now). 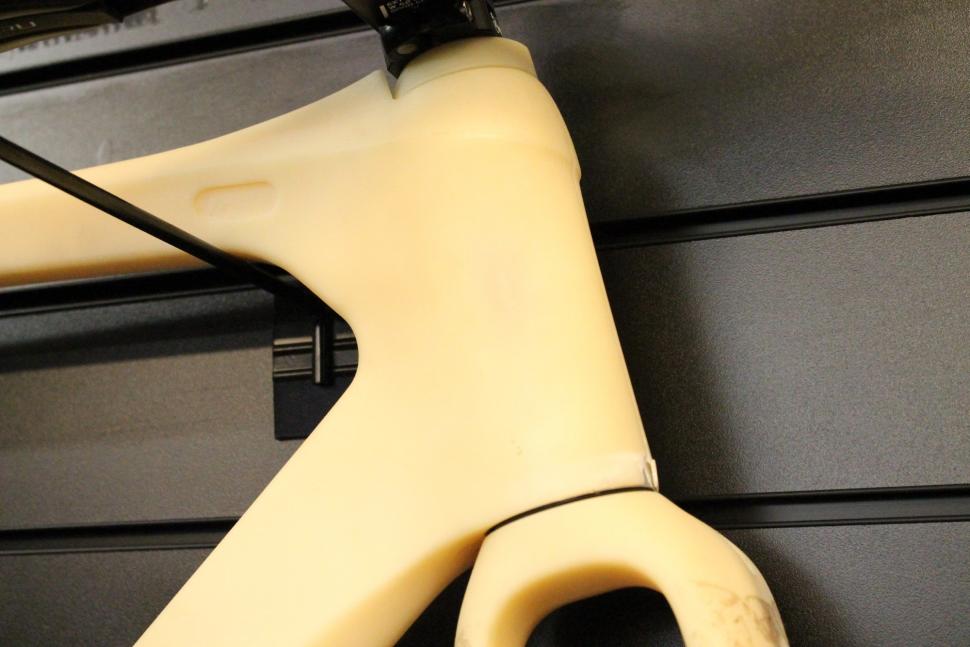 As you can see, the aero model has tube profiles designed to reduce drag and a seat tube that’s cutaway around the leading edge of the rear wheel. The seat post is held in place by an internal wedge and the top of the head tube steps down to accommodate the headset.

There are still relatively few aero road bikes out there with disc brakes, although more are coming to market all the time. The aim is for the frame to come in at under 900g, which would be extraordinary for something of this type, with delivery pencilled in for May. As ever with Orro, the designs and the tooling are the brand’s own. These aren’t generic open mould designs so you won’t see them badged up elsewhere under someone else’s name. The frames will be made in the Far East with the finishes – which are always superb, in our experience – and builds done here in the UK.