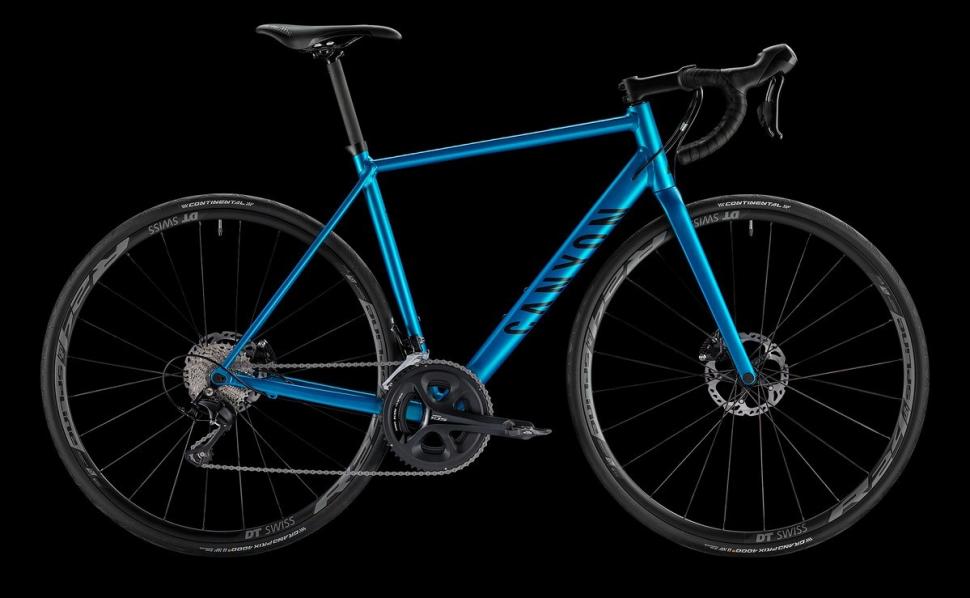 The Endurace differs from the racier Aeroad and Ultimate in using what Canyon calls Sport geometry. The idea, of course, is to provide a more relaxed and less aggressive fit and ride than race bikes. Canyon achieves this by slightly shortening the top tube and stretching the head tube, but it also increases the stack height by using a longer fork, which also provides increased tyre clearance.

There are seven frame sizes from 2XS to 2XL. The geometry chart for a size medium indicates a 556mm top tube, 167mm head tube, 994mm wheelbase and 73-degree head angle. The stack is 586mm - slightly taller than the carbon Endurance - and the reach is 382mm, which is the same as the carbon model. 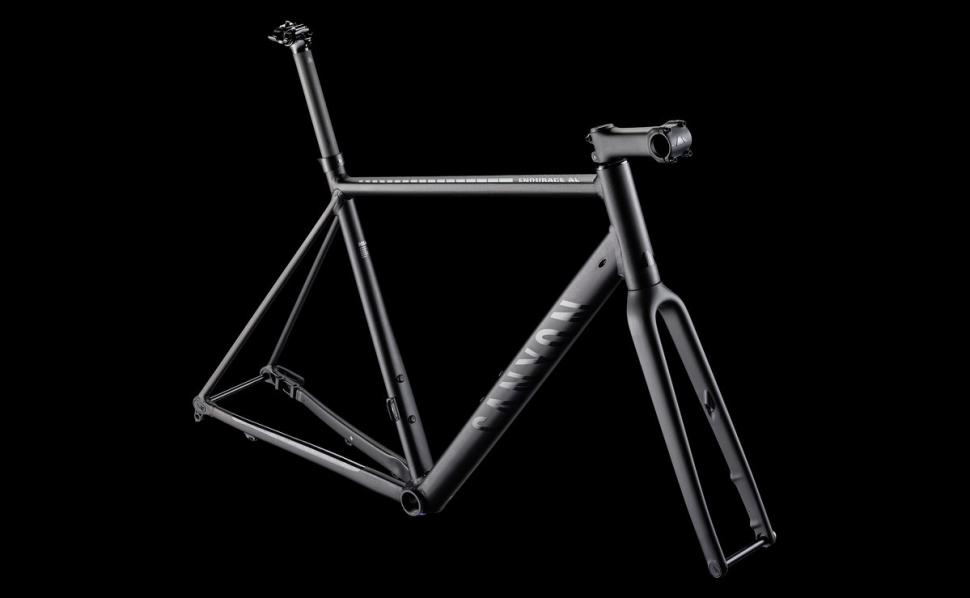 You do get the same 12mm thru-axles and Flat Mount disc brakes, clearance for wide tyres and fully internal cable routing as the carbon Endurace. Sadly, like the carbon Endurace, there are no mudguard mounts which does seem a missed opportunity.

The aluminium frame weighs a claimed 1,350g for a size medium, which is a decent weight for aluminium and compares favourably with lightweight aluminium frames from Kinesis and Trek.

The Endurace AL Disc 6.0 is built with a full Shimano 105 groupset with hydraulic disc brakes, DT Swiss R24 Spline wheels and Conti tyres and Canyon branded seatpost, bars and stem, with a Fizik saddle. It weighs a claimed 8.8kg for a medium. 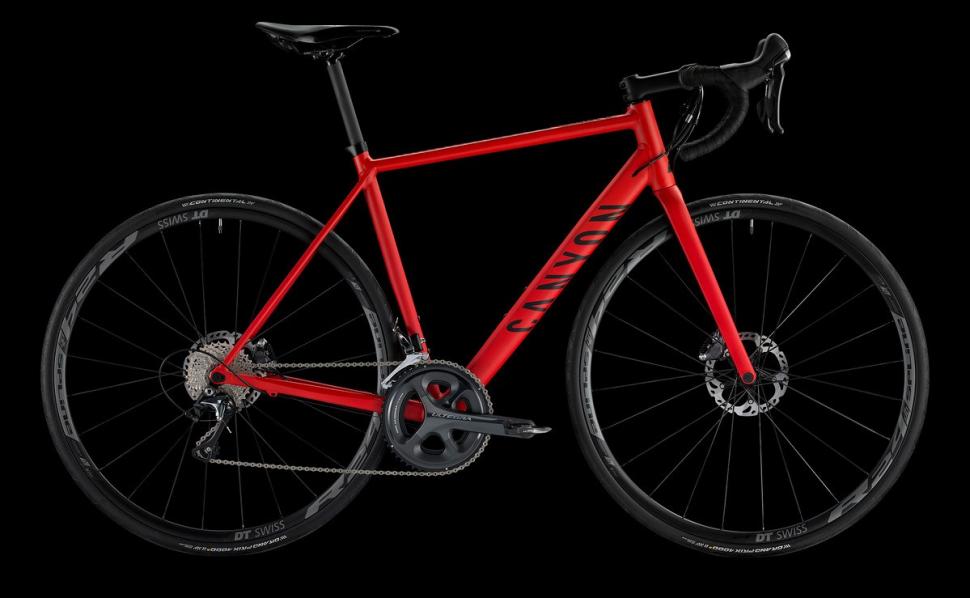 The top-end Endurace AL Disc 7.0 gets an Ultegra upgrade but the rest of the components, including the wheels and finishing kit, remain the same as the entry-level model. Claimed weight is 8.5kg.

Check out the range at https://www.canyon.com/en-gb/road/endurace/