Want to improve your braking? Italian company Blubrake has developed an anti-lock brake system for bicycles that aims to prevent the front wheel from locking and could prevent a crash.

“Blubrake system allows [you] to brake close to the friction physical limit of the road-wheel contact,” says the company.

The Blubrake project started life in 2013 at the Milan Polytechnic and is now being developed with Pinarello. The product is an anti-lock braking system that uses a range of sensors to let you know when the front wheel is about to lock, the idea being that the feedback, via vibrations at the brake lever, will let you know it’s probably a good idea to release the brake lever to avoid locking the front wheel. 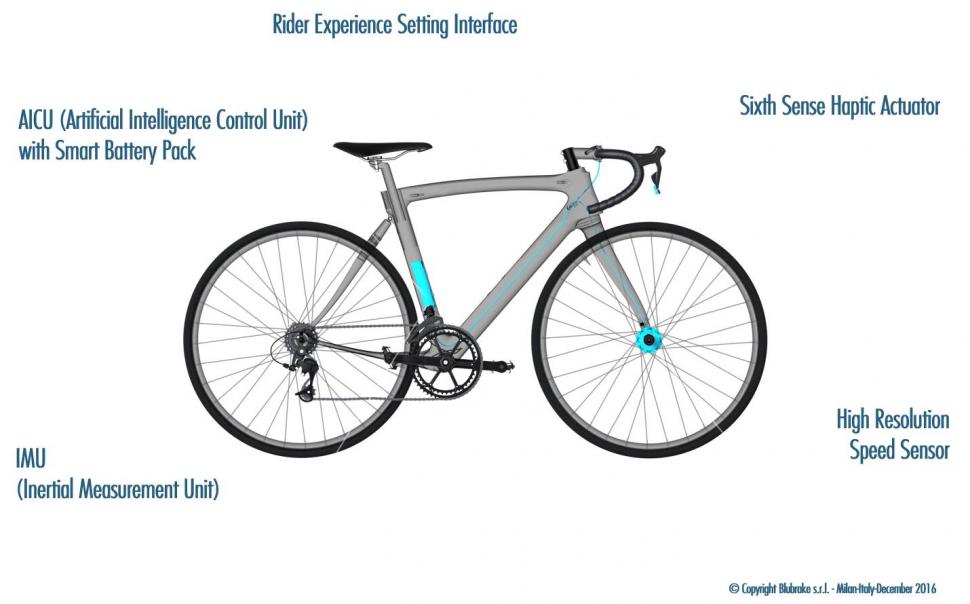 What this system is not is automated like an anti-lock braking system (ABS) found in most modern motor vehicles. Instead of being automated, an actuator fixed to the brake lever begins to vibrate when the wheel is about to lock up, alerting you to ease the pressure on the brake lever to avoid locking the front wheel. The aim of the project is to “improve control of the vehicle and the athlete’s performance, dramatically reducing the risk of falls.”

“Our idea was then to put the rider in the centre of the braking, without isolating as does the Abs that in extreme conditions take command of the situation,” says Bluebrake’s Fabia Todeschini. “We add the rider a sixth sense. We use algorithms and artificial intelligence to predict locks the front wheel, resulting in a reversal of the cyclist, or lateral loss of grip.” The system comprises four parts integrated into the bicycle. At the centre of it all is the Artificial Intelligence Control Unit and Inertial Measurement Unit, which is hidden away inside the seat tube and packed with sensors including accelerometers and gyroscopes to detect important data such as the gradient of the road and angular velocity. A speed sensor is fixed to the front hub, and a vibrating motor is fixed to the brake lever - the company is calling this part the Sixth Sense Haptic Actuator.

The final part of the jigsaw is the control interface that is mounted on the handlebar. It provides four settings depending on the riding and conditions of the road, and include tourism, travel, wet, dry and a customisable option, using the company’s own smartphone app to tailor the level of vibration at the brake lever. 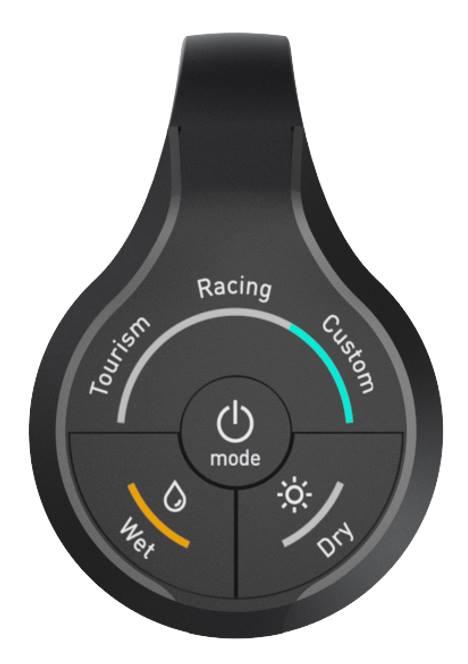 It’s not intended to replace the skill of the cyclist in modulating the braking power but instead intended to help improve braking skill when it comes to braking forcefully. It could certainly be very useful in some situations we reckon, such as slick wet descents when judging braking input can be a bit trickier than in perfectly dry conditions. We certainly can’t wait to try it out and see if it’s a gimmick or has genuine potential.

The product has caught the eye of Pinarello. The company is now involved with the development, helping Blubrake to iron out the last few wrinkles. Don’t worry, you don’t need a Pinarello to use this system, it can be fitted to any bicycle.

“Our goal is to provide the best performing technologies to our runners and help them to be better performing and safe. The strategic partnership with Blubrake is in line with our goal and demonstrates our ability to innovate,” explains Fausto Pinarello. 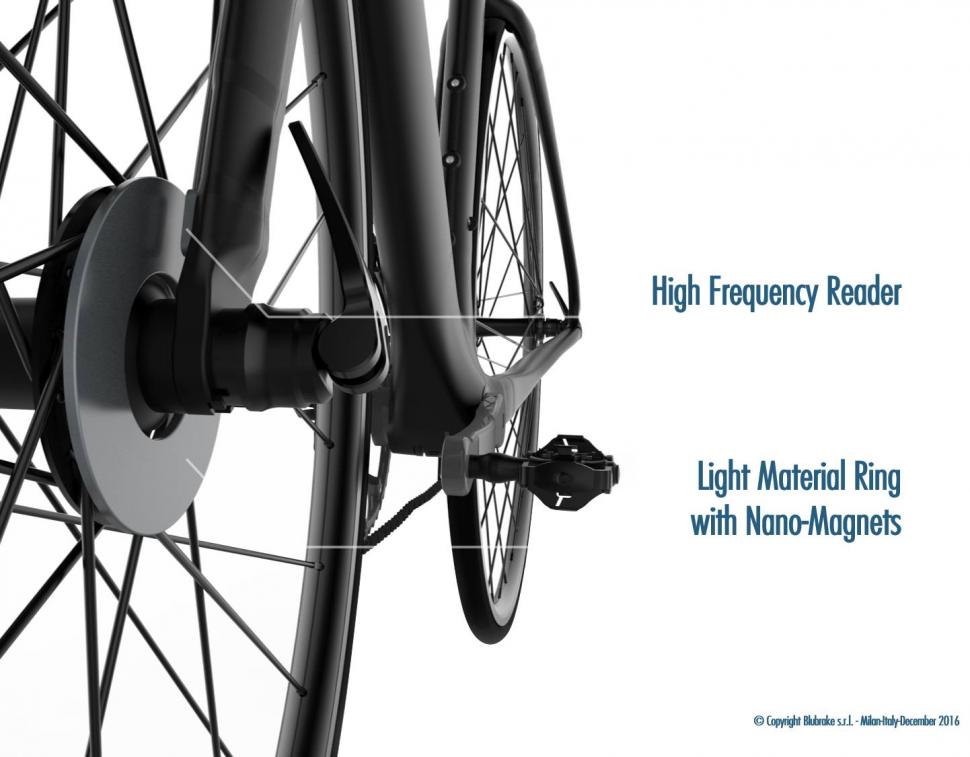 The company has worked hard to make the whole package as light as possible. The total weight of the equipment is just 230g including the battery, and lighter if you have a bike with an electronic groupset as it can piggyback that battery instead. As for availability, it’s hoping to put it into production in the first half of 2017 with a price tag of €600-700. http://blubrake.it/

There have been several attempts at introducing anti-lock brakes to the bicycle before. Way back in 2009 when road.cc was still a fledging young website, we reported on the BudBrake that was claimed to be able to reduce stopping distances.

A more recent attempt at bringing anti-lock brakes to the bicycle is the SABS (Safe Anti-Locking Brake System) from the US. It works by adding a small device to the brake block which generates a braking frequency that pulses the brake block as it contacts the rim - at 30kph the brake is contacting the rim 12 times a second. According to the company, it can reduce braking distances by as much as 50%.