A very special custom painted Open U.P. was on show at Eurobike - we chat to the people behind it
by David Arthur @davearthur

One of the most interesting bikes at the recent Eurobike show was this stunning Open U.P., which differs from the standard production bike with a customised paint job and matching finishing kit. The regular U.P. is a good looking bike, but with the insides of the fork blades, stem and seatpost painted with a distinctive pattern, it’s a real head-turner.

The reason for its existence is down to Podia, a cycling brand that focuses on the “on the love for cycling and the joy of discovery and adventure” and which both designs its own cycle clothing and also runs fully supported cycling adventures across Europe which it calls Roadventures. The design for the bike was inspired by a cap it released earlier this year and the bike will be used to create films about gravel riding when it visits Open UP dealers. 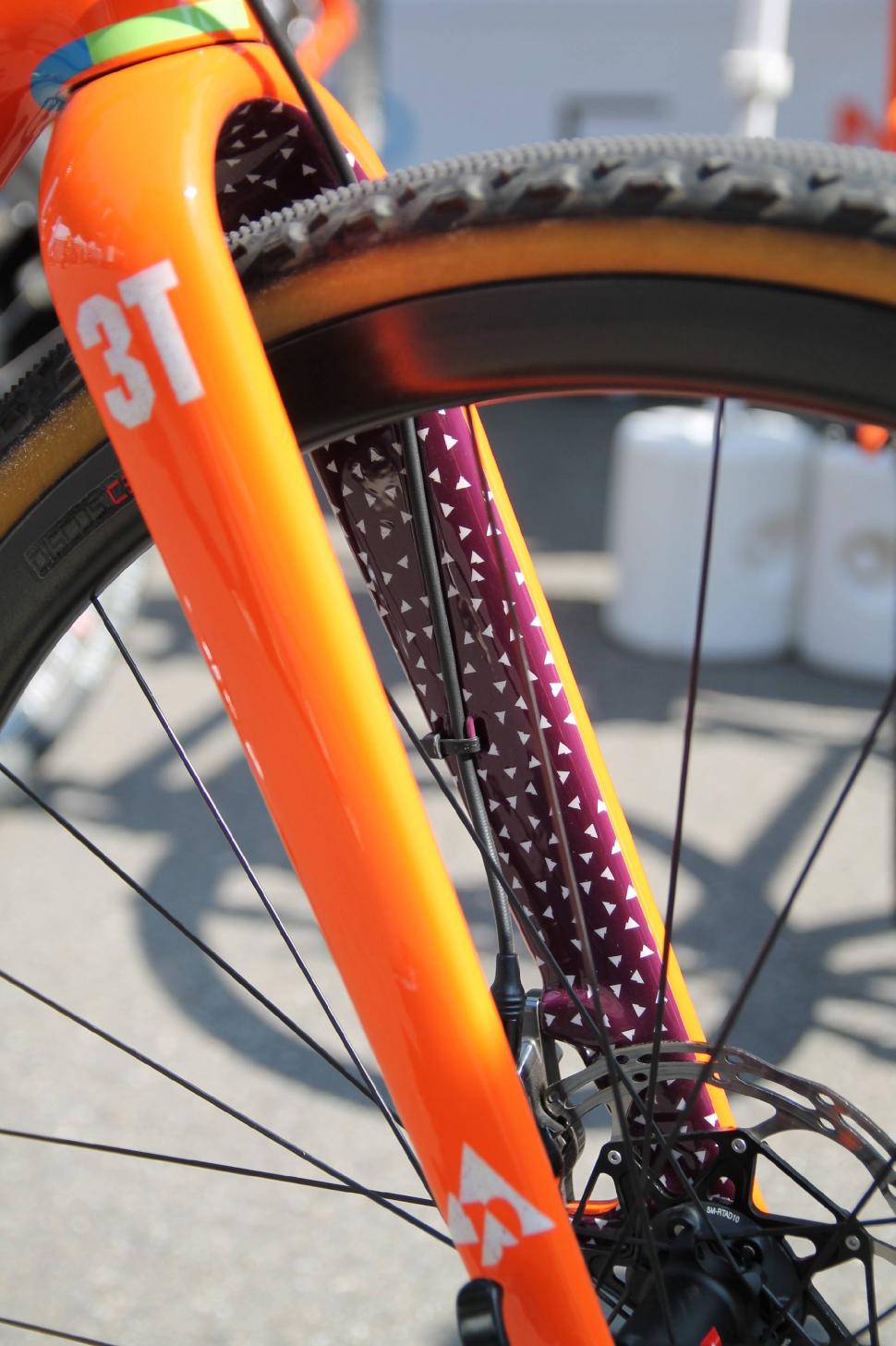 To produce the custom painted frame and matching 3T parts, Podia worked with frame painter Rob Nicholas (his Talbot Frameworks Daslnibba was given a road.cc award at the Bespoked Show this year). The pair actually meeting on Instagram and where a plan to produce a Podia branded bike was formed.

Rob picks up the story: “I originally came across  Podia and Max Burgess​ via Instagram a year or so ago. I really liked the original Podia jersey that Max designed so I bought one. Max approached me towards the end of last year about painting a custom Kajak steel road frame he was having built to fit in with the Podia branding. I did that earlier this year. 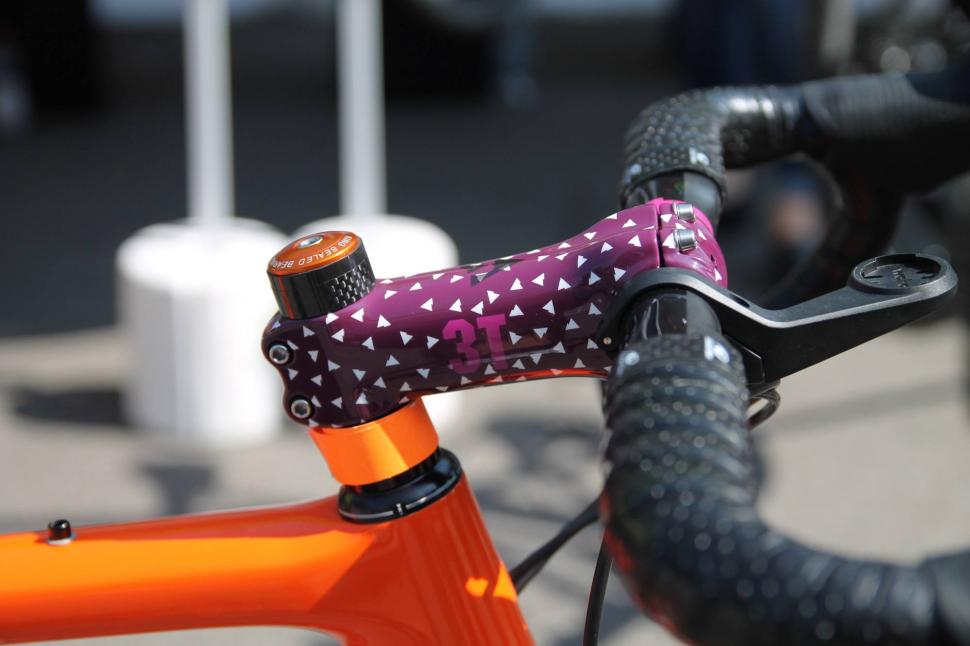 Max sent me one of the Podia caps as inspiration for the Open paint job. I don't like to work from set in stone designs, as coming up with the final look of the paint is as much part of what I do as the actual painting itself. I normally ask for a colour palette, and a few images of anything the owner likes as a starting point, and the rest I completely make up as I go along. 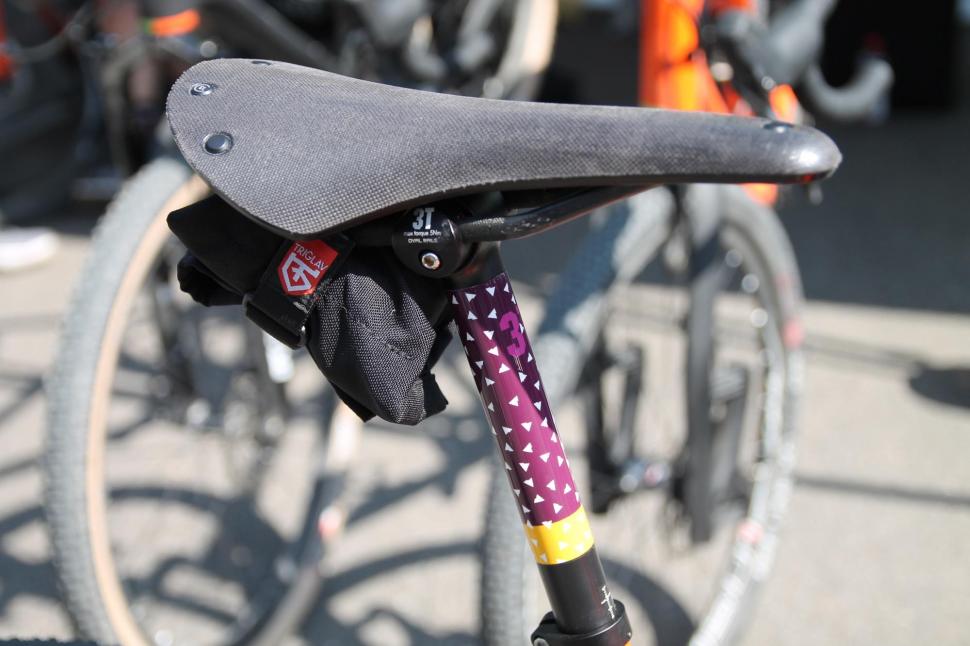 I don't draw or test ideas on paper first. It's always straight onto the bike. Most of the time it works out well, but sometimes it goes horribly wrong! It's all part of the process. Sometimes I make a mistake and it ends up looking better than what I was originally planning. Sometimes what I was originally planning looks awful, and I have to start again.  That's just the way I work, and I make that very clear to anybody who asks me to paint anything for them before I agree to do it!

I'm able to have this approach to painting, as it is not what I do for a living. It's something I purely do for the enjoyment, and to get a bit of creativity out. I love to see people out riding bikes that I've painted. I don’t really make any money from it, as I always end up doing way more than I planned on each bike, as sometimes the project just sucks me in and I can't leave it alone until I’m happy!

Podia has previously partnered with bike brand Festka, when it put together a group of cyclists on customised bikes to explore roads with a history to tell, in an area that even 25 years after the Berlin Wall fell the scars are still apparent. You can read some of the stories here http://pf.podia.cc

Here's a video closeup of the bike:

And in this video, Podia meet the founders of Open and find out about the birth of the U.P. gravel bike:

You can see some of the cool clothing designs produced by Podia here.