Lightweight, purveyors of some of the lightest and most expensive carbon fibre wheels in the business, has unveiled details of its second frame, called the Ride. Like its wheels, the frame will be fully made in Germany and has a target weight of 1,120g for the frame and fork and is equipped with disc brakes and thru-axles. Where the current Urgestalt, first introduced tree years ago, is made in the Far East, the Ride, short for ‘Rahmenbau in Deutschland’ which translates to ‘frame construction in Germany’ is made at its German headquarters using a machine-based process that automates some of the production processes.

Says Lightweight: A revolutionary technology, a new high-tech carbon frame and everything Made in Germany.’ The Ride is a disc-specific frameset with thru-axles and flat mounts and will be compatible with electronic and mechanical groupsets, with internal routing for gear cables and hydraulic brake hoses. There’s space for up to 28mm wide tyres. Other details include a BB386 bottom bracket, an aero 27.2mm seatpost and tapered head tube.  The weight hasn’t been finalised yet, but it’s going to be less than 1,190g for the frame and fork combined. Warning, there will be a 120kg rider weight limit.

If you like the sound of all that, don’t all go rushing to your nearest Lightweight dealer just yet, it’s not going to be available until late 2017.

That’s not all that is new from Lightweight, it has also unveiled a disc brake version of the Urgestalt. Unlike the Ride which is going to be made in Germany, this frame is made in the Far East but is still made to the company’s high standards, upon which it has built its reputation over the years. 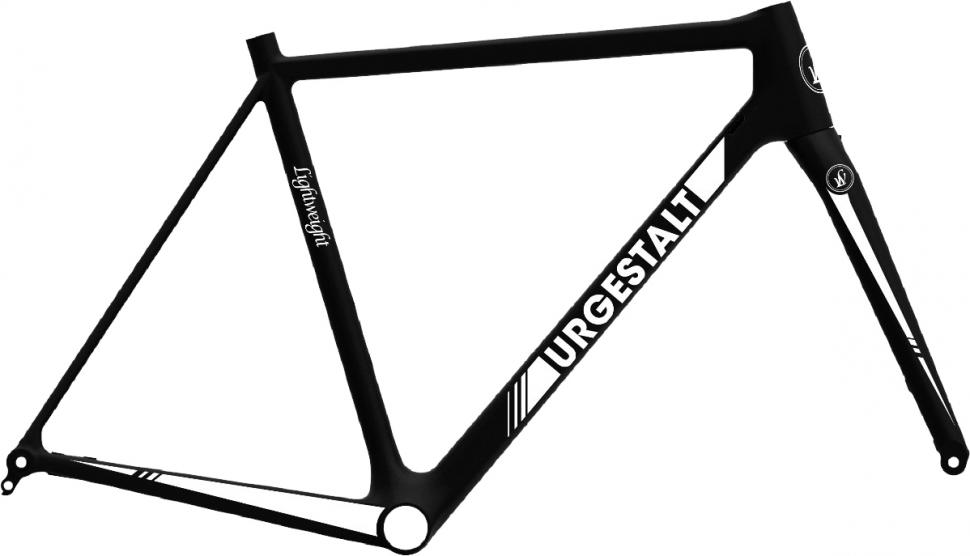 This second generation frame is not just a simple update, it has been completely redesigned around the adoption of disc brakes. It uses 12mm thru-axles and flat mount, both of which have rapidly become standard in the industry. Despite the changes, the frame is still light, though at 850g it’s about 60g heavier than the original. Still, it’s not exactly heavy is it! The fork adds about 380g.

It gets full internal gear cable and brake hose routing, with compatibility for electronic groupsets, and a BB386 press-fit bottom bracket. The seatpost is 27.2mm diameter with a regular external seatclamp. There will be six sizes and three colours to choose from.