J.Laverack is a fairly new British brand that arrived on the market with the J.ACK, a titanium disc braked road bike that ticks the adventure and endurance tags. It's a bike that really impressed us, with its smart design and clean graphics, big tyre clearance and internal cable routing and fun ride combining to great effect. It has followed that up with the release of the Pilot urban bike equipped with Shimano’s new Metrea groupset.

The focus for the new bike has been on providing a sporty and aerodynamic riding position without fitting drop handlebars. It has fitted H-type handlebars that it says places the forearms in a natural position with quick handling whilst still allowing easy access to the gear and brake levers. 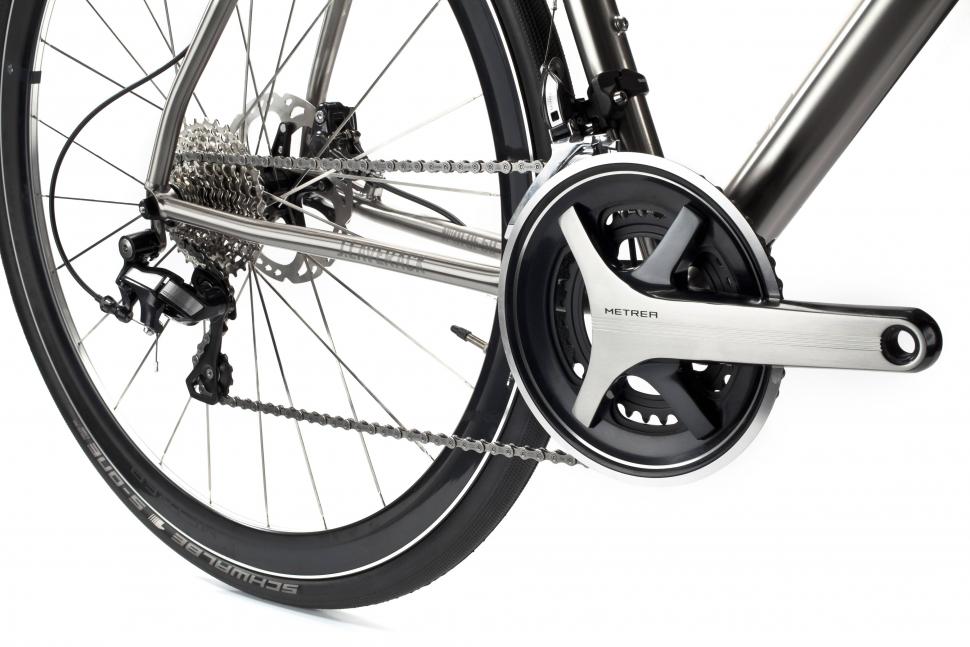 Like the J.ACK, this new bike is built from a titanium tubeset and it looks to share many details, such as the internal cable routing and space for wide tyres, up to 35mm will be accommodated, providing a wide range of options from narrow slicks to chunky go-anywhere rubber.

And it’s fitted with Shimano’s new Metrea groupset, which has been designed expressly for urban bikes. It’s founded on the key technologies found in other Shimano groupsets but has a very stylish appearance which befits the customer who seeks “sophisticated and timeless simplicity” to quote Shimano. The name? That’s a mashup of Metropolitan and Real. 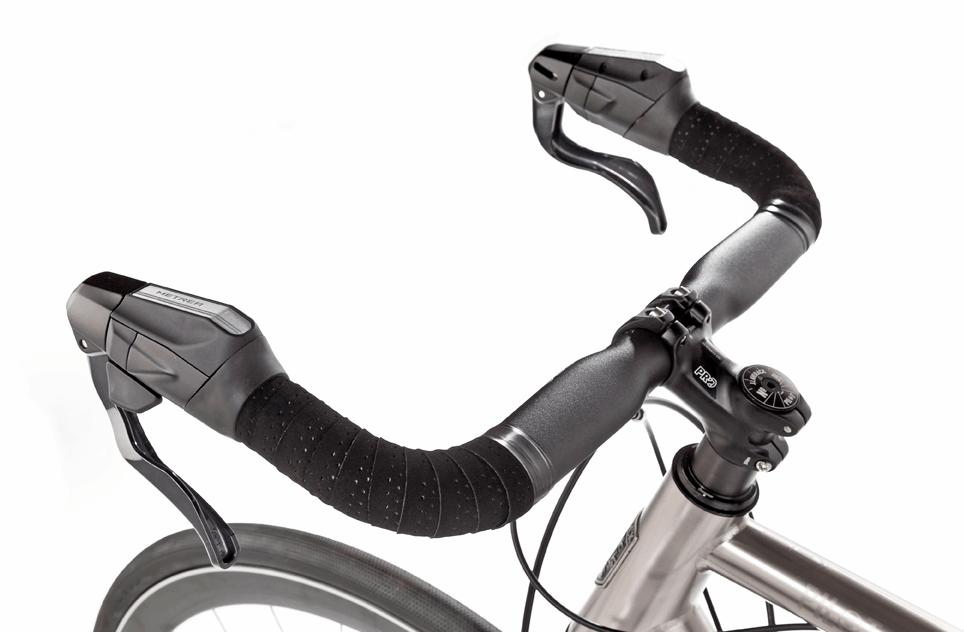 It features hydraulic disc brakes and 11-speeds with mechanical shifters, with new STI Dual Control levers that are customised for the H-type, or cow-horn, style bars the bike is fitted with. The odd looking handlebars are a key component of the new groupset and aimed at providing a sporty position that is more relaxed than a race bike, but not as upright as some touring and city bikes. It’s also available with a flat bar option if you’d prefer that.

The company has fitted the bike with a wide-range 11-32t cassette paired to a 46t chainring up front, which is a single and flanked with a chainguard. There’s an options list for the bike, a customer can specify rack and mudguard mounts and the type of bottom bracket. 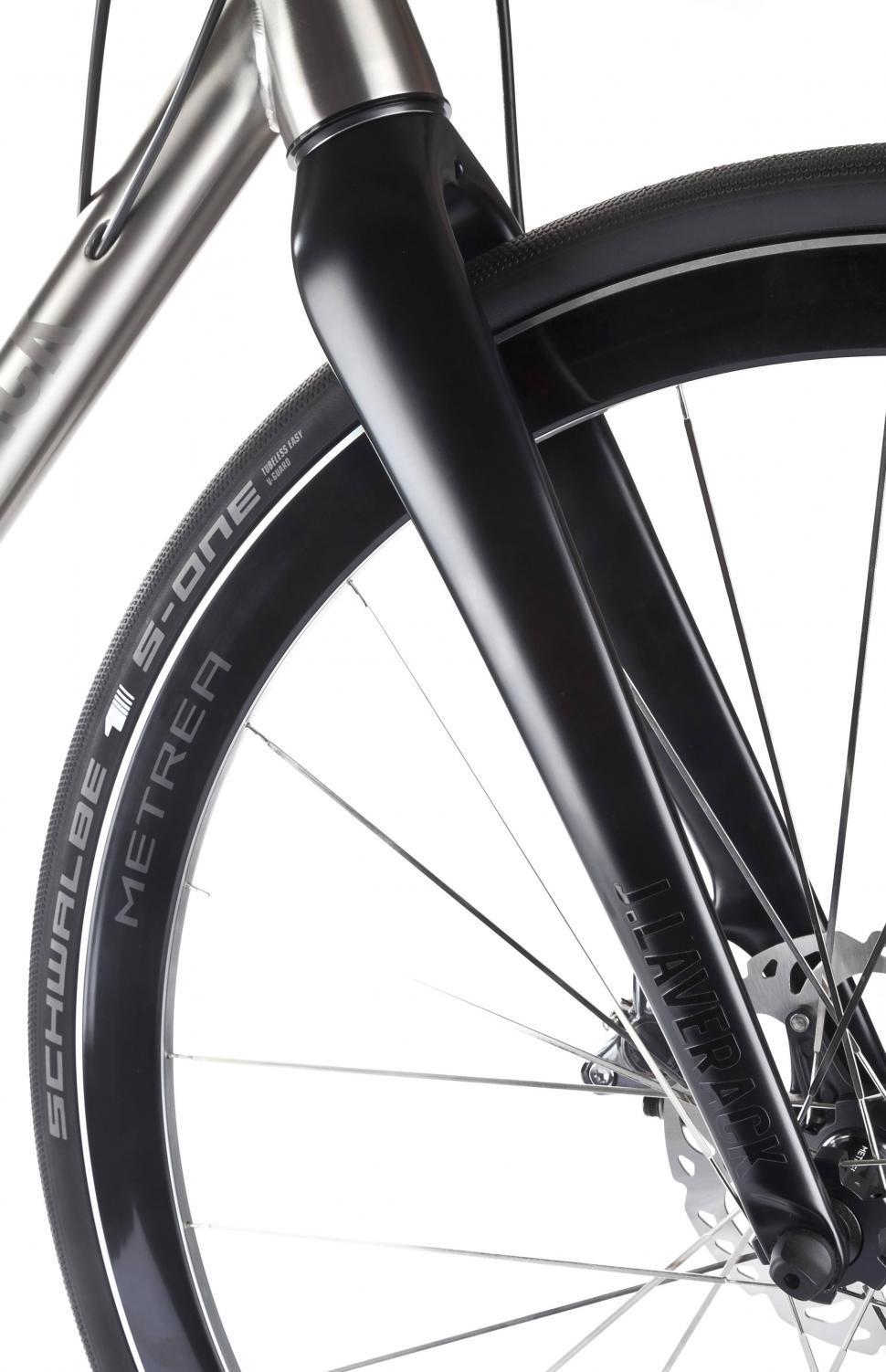 “When we first set eyes on Shimano Metrea, we knew instantly that this sophisticated groupset demanded a special bike to match,” says founder Oliver Laverack. The J.Laverack Pilot transforms mundane commutes into luxury travel. It’s designed specifically for higher speed city riding – sure-footed whatever the road surface; swift, with its sporty titanium frame; and comfortable, thanks to its clearance for wider tyres.

“If you’re late to work, it will only be because you couldn’t resist riding one more street or one more block before locking your Pilot in the bike shed. The ride home at the end of the day will never come soon enough.”

J.Laverack hasn't finalised the pricing of the new bike yet, we'll update this article as soon as they do. You can see the bike for yourself on the Shimano stand at the Cycle Show next week .