The aero road bike category is one of the fastest growing in the cycling market and Austrian firm KTM is showing this concept aero bike at Eurobike, called the Lisse, which it tags as “sleek design at highest level.” It's certainly one of the sleekest road bikes we've seen at the show so far, but no word on when, or if, this concept will become a production bike. 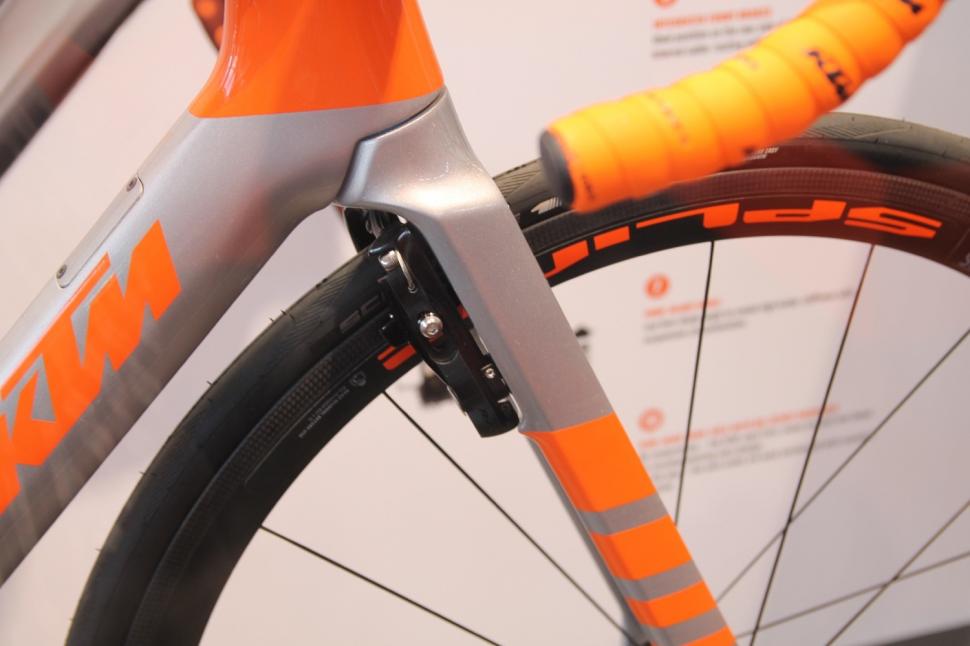 The bike, encased in a plastic box to stop people getting too close to it, utilises plenty of integration to hide cables inside the frame and brakes positioned to ensure they’re out of the airflow. The down tube is placed close to the front wheel which it says optimises the stiffness and aerodynamic performance, while the rear triangle is kept small to reduce drag when the air passes the seat tube. Recognising internal routing can be troublesome from a servicing point of view, KTM has developed what it describes as “hassle free Top to Bottom routing” which should make cable routing easier, by using a full housing through the frame. That hassle free claim is definitely something I would be keen to put to the test, and see if it's really as easy as they claim it is. 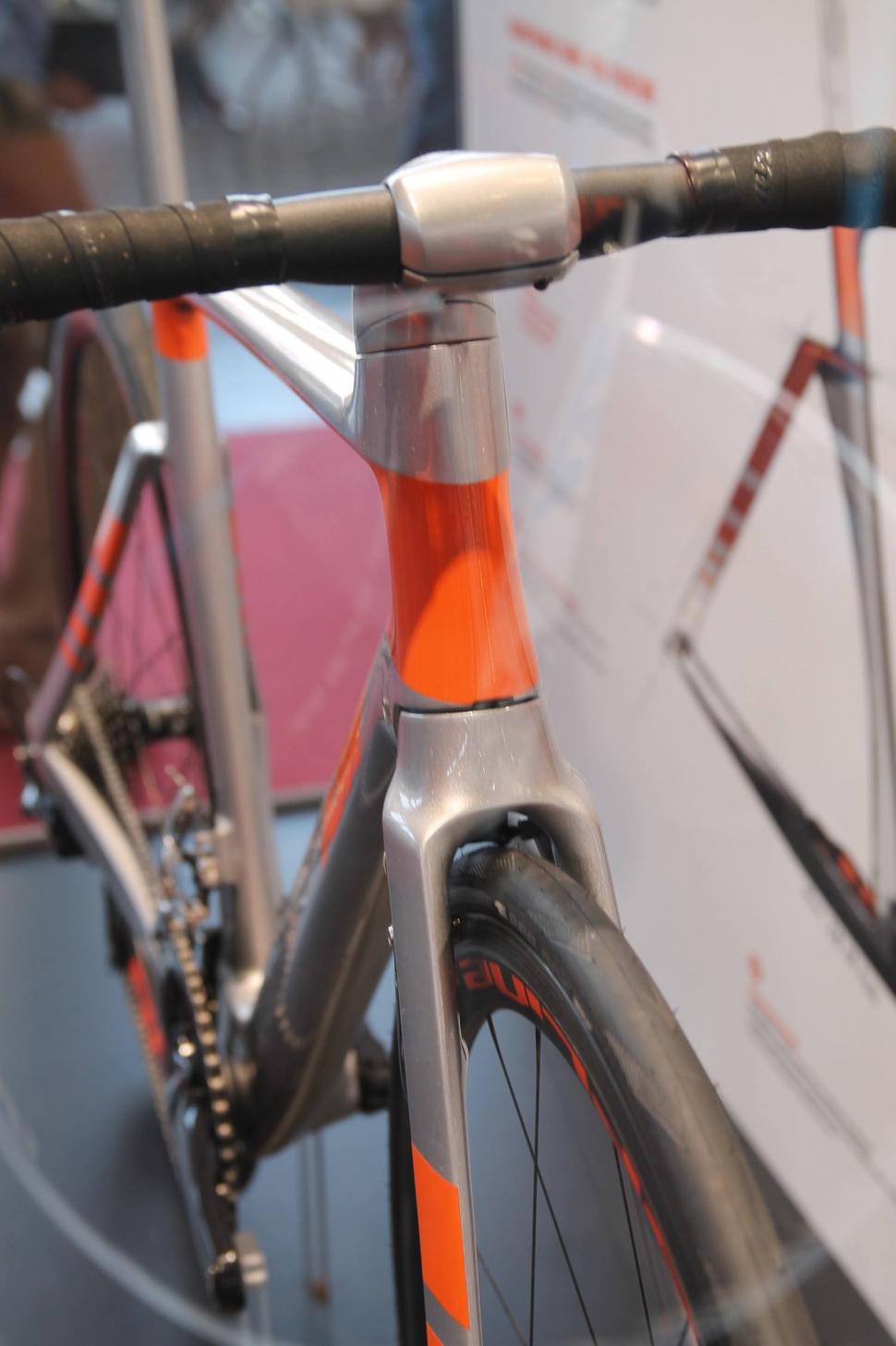 KTM has clearly worked hard to keep the cables out of the airflow around the handlebar and stem. It has developed a new stem has been developed which takes the cables from the handlebars and routes them straight into the frame. It’s a similar idea to the Specialized Venge ViAS and new Wilier Cento10, but executed differently. The stem uses aero shaped spacers to allow up to 40mm of vertical adjustment, with no need to cut the steerer tube or disassemble the cable routing. The brake calipers are positioned at the back of the fork and, rather unusually, on top of the chainstays just behind the bottom bracket. There’s an aero seatpost, naturally, with the clamp mechanism concealed in the top tube, and adjusted from underneath. 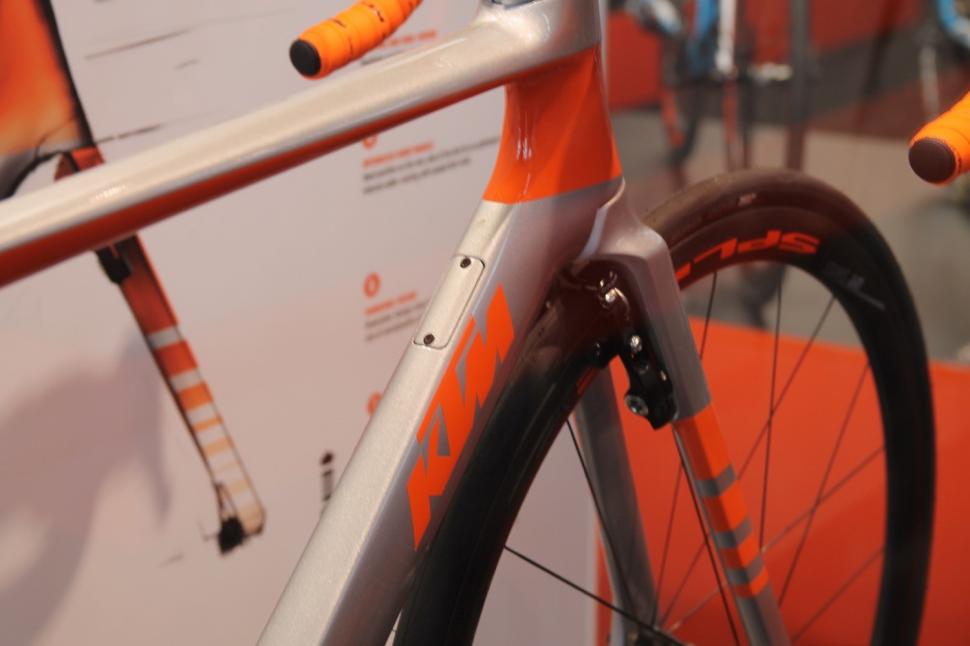 It’s also using thru-axles at both ends, and keeping with the aero flow, the levers are removal to reduce drag, something we've seen already on the new Specialized Venge ViAS Disc road bike. The dropouts can be adapted for quick release axles.