Brooks, the company best known for its beautifully made leather saddles, has just launched two cycle helmets, the Harrier for performance cyclists and the Island for urban duties.

You don’t need us to tell you the helmet market is a crowded one, but Brooks is confident there’s space in the market for a  modern helmet with timeless design. 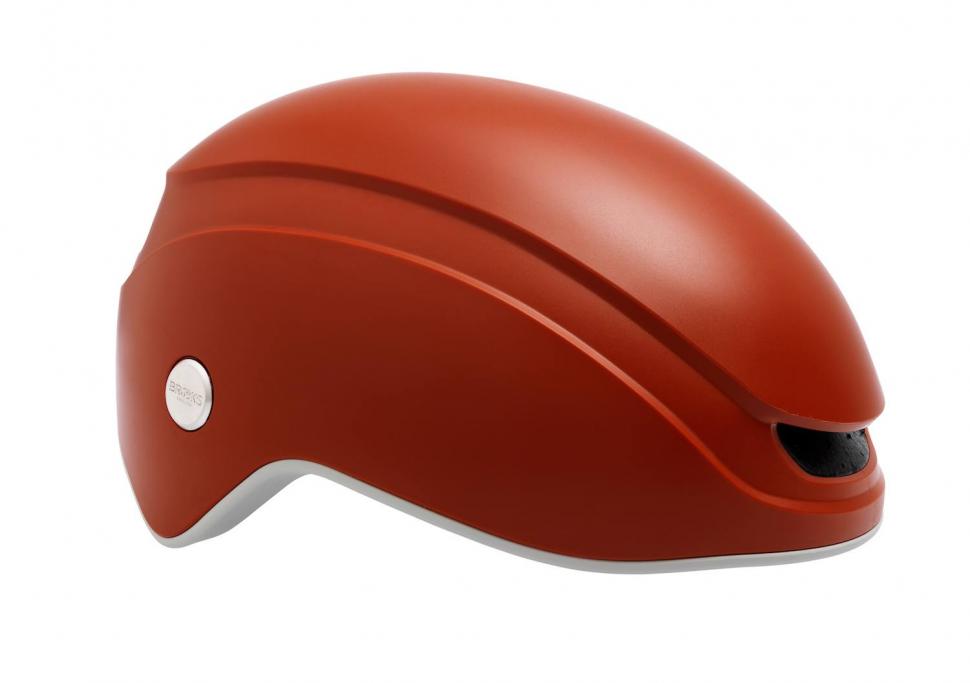 The new Island helmet from Brooks

“…For sure there are a lot of amazing brands and amazing helmets out there, we felt there was nothing that really captured the essence of cycling in the way we see it at Brooks,“ says Oliver Parsons, Brooks Marketing Director.

The Island and Harrier are the first two helmets in what is expected to be a growing range for the company.

The Island helmet (£120) has been designed for urban and city cyclists and is made with a polycarbonate outer shell with one front and rear vent and an understated appearance. The rotary retention device allows easy adjustment. The Harrier offers aero and ventilation in a slim package

The Harrier (£160) is aimed at performance cyclists and has been designed to be aerodynamic and well ventilated with four cooling channels providing airflow over the head.

This isn’t the first time the company has offered helmets. Back in the 1950s it marketed helmets under the Lycett, name, but they were moped helmets - this was a time well before cycling helmets really existed, they became popular during the late 1980s and 1990s. More recently, Brooks launched two special edition Carrera folding helmets.

“Finding an aesthetically appealing bicycle helmet has never been an easy task. For this reason, Brooks set out to develop their newest range combining timeless design with the comfort, safety, and performance you expect of a modern helmet,” says Brooks.

The two helmets will be available in early 2017. More info at the company’s new website Triboom www.triboom.com/brooks/project/brooks-helmets