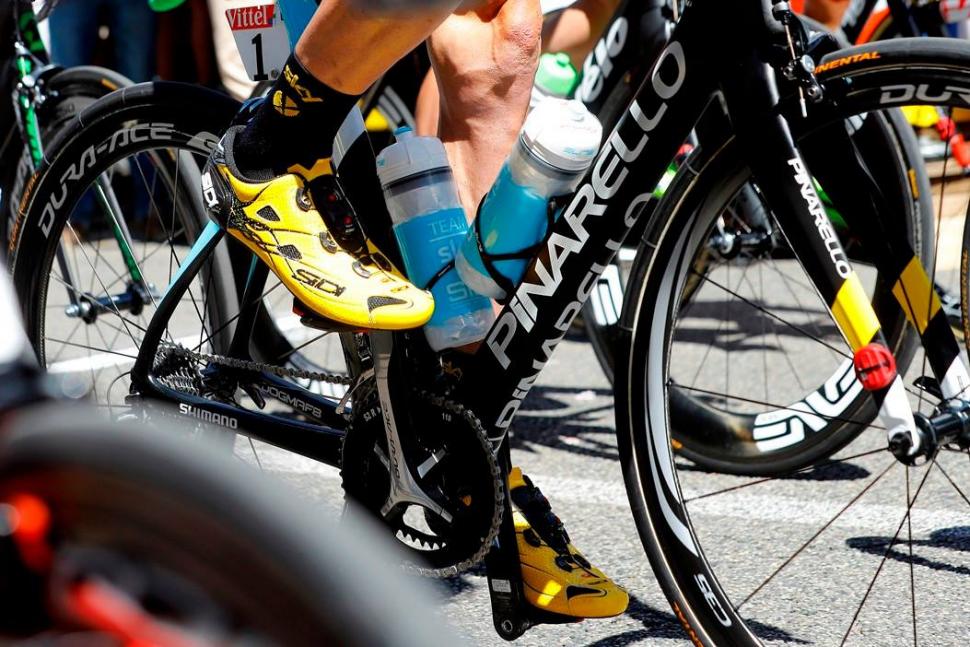 Yes that’s right, Sidi’s new Shot shoes, as worn by Chris Froome to Tour de France success, will be available with “glow in the dark technology” but that aside, the Italian company still hasn’t released many details about its new flagship cycling shoe.

We reckon it’ll do a proper launch at Eurobike in September, but until then there are a couple more teaser videos that reveal a few more details.

One key feature of Sidi shoes is the adjustable heel cup, and it looks like Sidi has updated the design, drawing attention to it in this video. Called the Reflex Adjustable Heel Retention Device, it’s a mechanism that closes the back of the shoe in on the foot. You can see that Sidi has added three little reflective panels.

Intriguingly, Froome has been riding a version of the Shot shoe without the heel cup, so wether this is another model of the Shot, or it has produced a custom fit shoe for the Team Sky rider.

With high visibility products growing in popularity all the time, even Rapha released some reflective shoes recently, Sidi has used what it describes as a “glow in the dark technology” which makes the shoes visible in the dark. 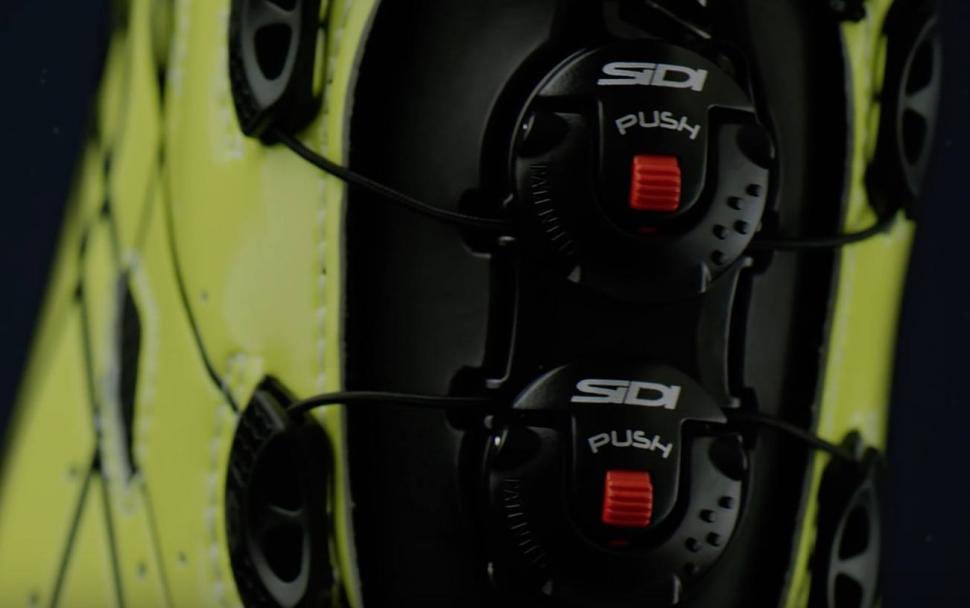 What we do know about the new Shot shoes is the introduction of the new Double Tecno-3 Push System, which places two rotary dials in the centre of the shoe along the tongue, rather than on the side, with a separate ratchet strap as on the current flagship Sidi shoes.