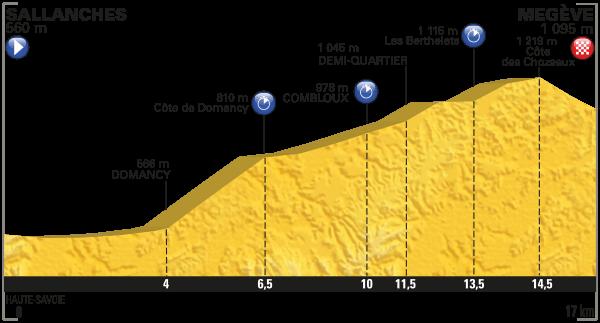 Why are TdF riders racing a time trial on road bikes?

Stage 18 presents an uphill profile with some very steep sections, as much as 14% in places, and 765 metres of vertical gain altogether. With that much climbing on the agenda, factors like weight and ride position become as important as all-out aerodynamics. 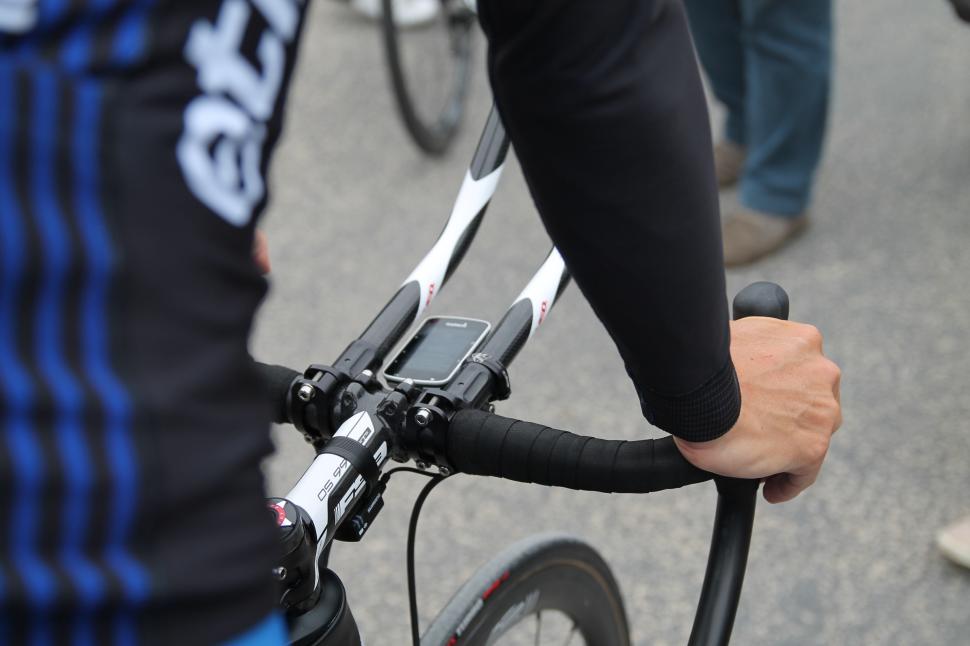 As we’ve seen at previous hilly time trials, it looks like the popular choice is a regular road bike with a set of clip-on tri bars, combined with a skinsuit and aero helmet. It provides a lighter setup for the steeper gradients, the extensions a more aero position when the road suits it, and a position that is more familiar for the non-time trial specialists.

Why a road bike with extensions? Weight will be the key factor for most. Modern time trial bikes still carry a substantial weight penalty over a road bike. The Canyon Speedmax I tested last year with a full Dura-Ace groupset weighed in at 8.1kg, a 1.3kg weight penalty. Lighter wheels will help to bring that weight down a bit, so swapping the usual disc rear wheel and deep section front wheel for some climbing wheels could be one option.

Climbing on a time trial bike isn’t easy unless you practice.  Holding a tucked position is tough on the flat, let alone on a climb, and some riders will prefer to ride a climb out of the saddle, not something you can do on a time trial bike. To make a time trial bike choice work, the rider will need to be able to ride in the aero position. Which won’t be easy on the steeper sections.

Watching the Tour now, we’re seeing a variety of equipment choices. It’s clear lower placed riders are just riding their regular road bikes and focusing on just getting up the climb without any excessive strain on tired bodies. Higher up the GC though, and the choices get a bit more interesting.

It looks like Dan Martin, a natural climber rather than a time trial specialist, is going with a road bike with clip-on tri bars.

Dan The Man warming up for the individual time trial, which he will start in one hour. #TDF2016 pic.twitter.com/eCipC3f7gN

Tom Dumoulin, winner of the first time trial in the Tour, is a possible stage winner, though the climbing might not suit him, and is riding a Giant time trial bike with shallow section wheels, an interesting combination. It shows he wants the advantage of the aerodynamic bike and the position it provides but has made a sought to reduce the overall weight with the shallower rims.

Some with full TT rig. Giant Alpecin reckon for Dumoulin it's about 10s faster than road bike with TT bars. #TDF2016 pic.twitter.com/sWFsEVavEJ

And also @W1lcokelderman leaves the start ramp for his time trial! pic.twitter.com/yrgjOoacSF

We wait to see what Chris Froome will be riding. We know his teammates are riding the regular Dogma F8 road bike with clip-on tri bars, but curiously, Chris Froome tweeted a photo of himself riding his time trial bike on the rest day. Could it be he was prepping it for today's stage? If anyone can maintain the position and power output to get the benefits of the time trial bike on such a stage, it's Froome.

Did you know, only 17 time trials in the history of the race (from 206 individual time trails) have been uphill - the first one was up the Mont Ventoux on 13 July 1958. Ouch!