The riders of Cannondale-Drapac – Cannondale Pro Cycling as was – are racing the Tour de France on Cannondale SuperSix Evos. Let’s take a detailed look at the bikes.

Coincidentally, a brand spanking new SuperSix Evo Hi-Mod has just arrived here at road.cc for testing. It's a bike that has just been completely updated. 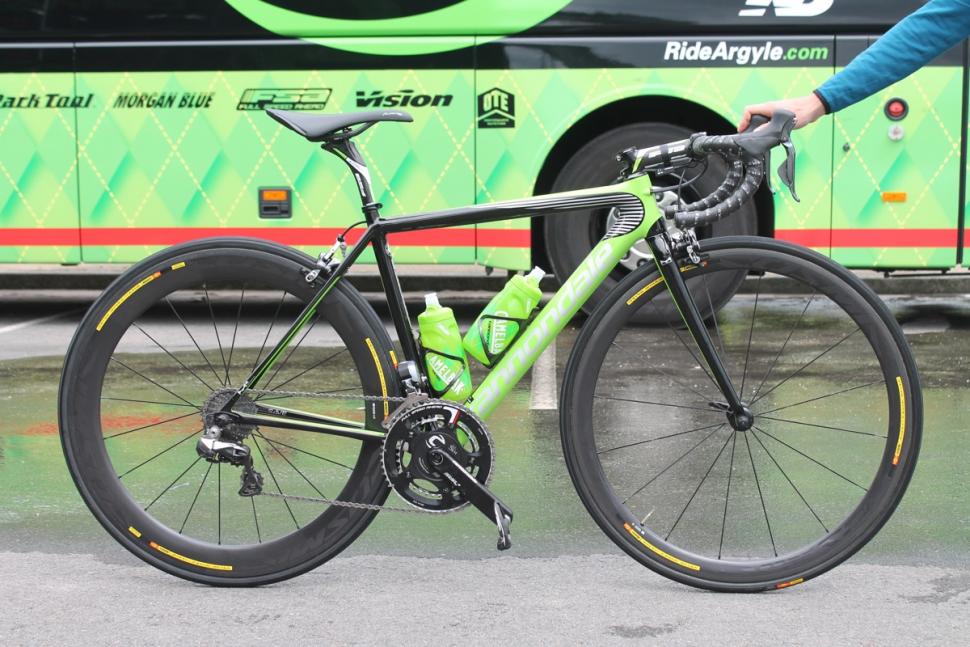 Cannondale has made the down tube more aerodynamically efficient than before, although it’s not super-skinny like you’ll find on some aero road bikes. The shape of the head tube has also been altered to reduce the size of the frontal area. 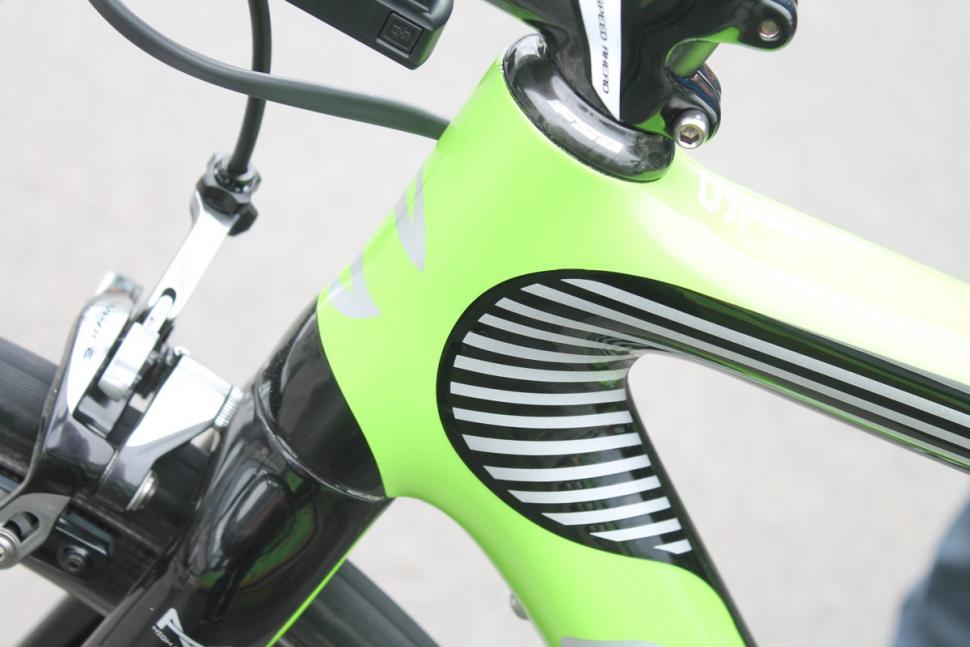 There’s also an all-new fork that’s skinnier and lighter than before, and a 25.4mm seatpost that’s borrowed from the Synapse endurance bike. That really is slim, designed to allow a little flex and so increase ride comfort.

The frame weight has actually gone up a little to 777g, but the system weight – which includes the frame, fork, headset and seatpost – is 67g lower than previously.

Read our Just In on the Cannondale SuperSix Evo Hi-Mod Dura-Ace for full tech details on the frameset. 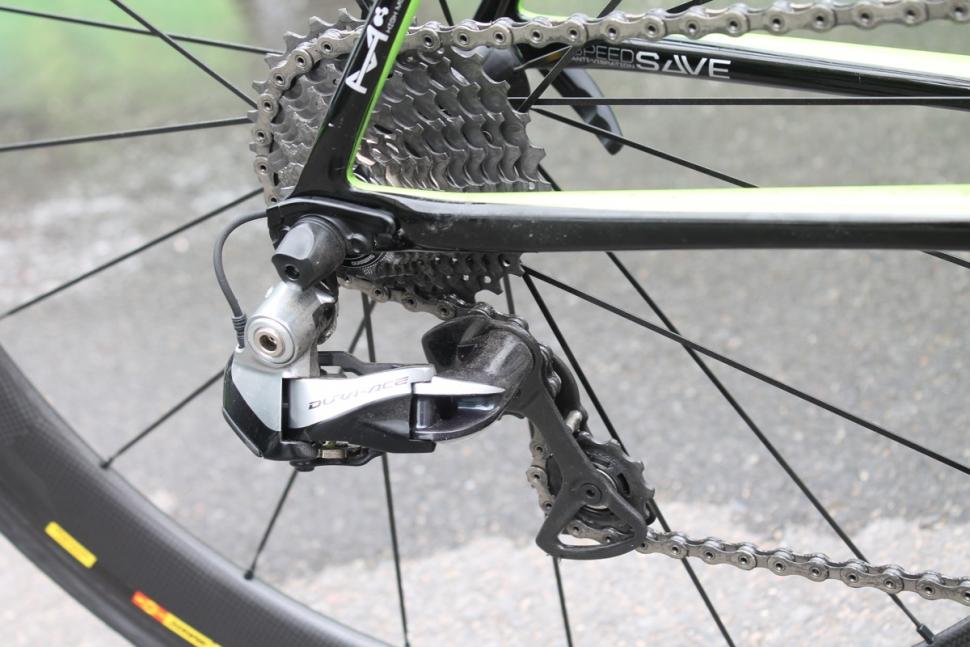 The bike shown here belongs 2013 Tour Down Under winner Tom-Jelte Slagter of the Netherlands. If you think it looks small, that’s because it is. This is a 48cm model. It’s fitted with a Shimano Dura-Ace Di2 electronic groupset. 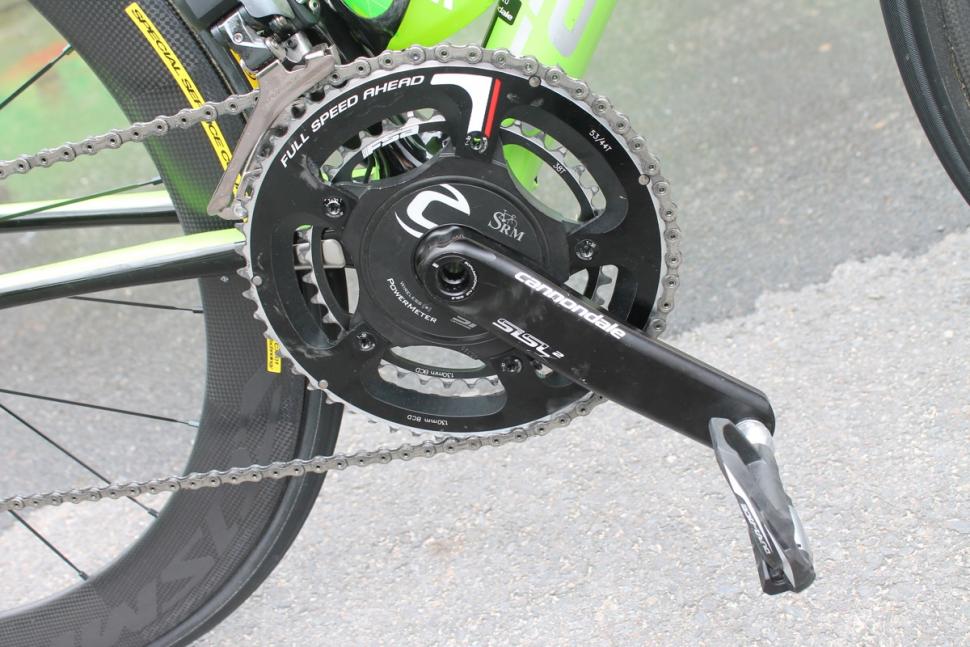 The chainset features an SRM power meter, Cannondale’s SiSL2 crankarms and FSA chainrings. Although the outer chainring is printed with the figures 53/44T, the inner ring is actually 38-tooth. 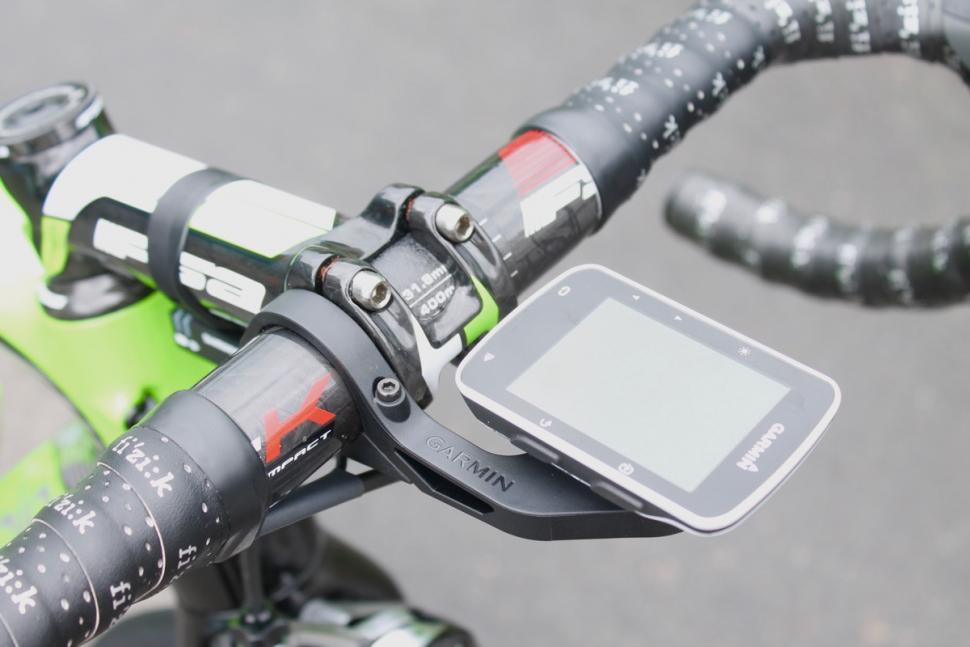 FSA provides several other components too. That's an SL-K Compact handlebar on there in a 40cm width. Many pros prefer an aluminium handlebar for stiffness but Tom-Jelte Slagter goes for Kevlar-reinforced unidirectional carbon. Stiffness probably isn’t as important for a 1.67m and 57kg rider as it is for the likes of Greipel and Kittel. 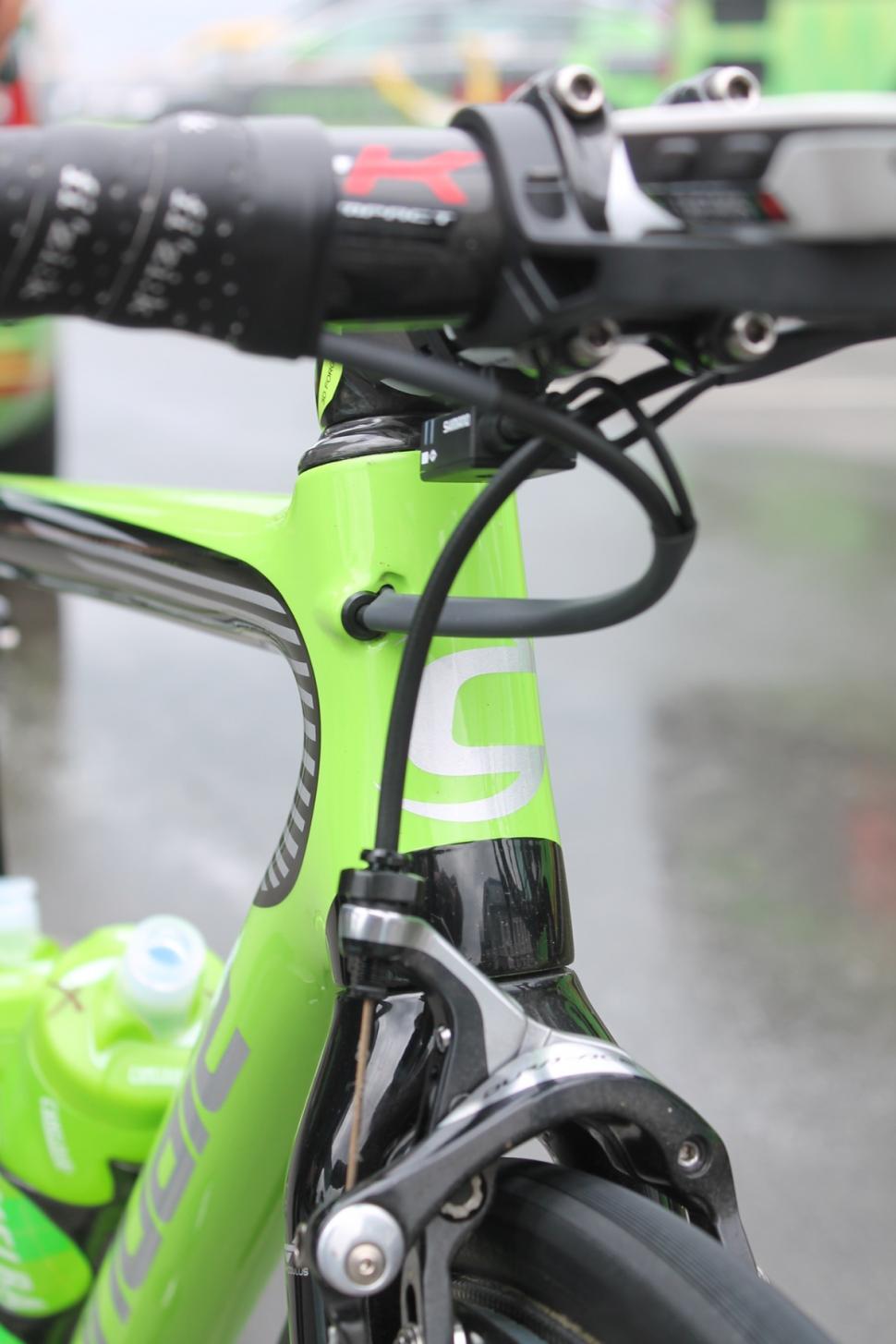 The Di2 junction box is positioned underneath the stem. You can see that the team mechanics thread the wire into a sleeve with the rear brake cable to keep things neat. 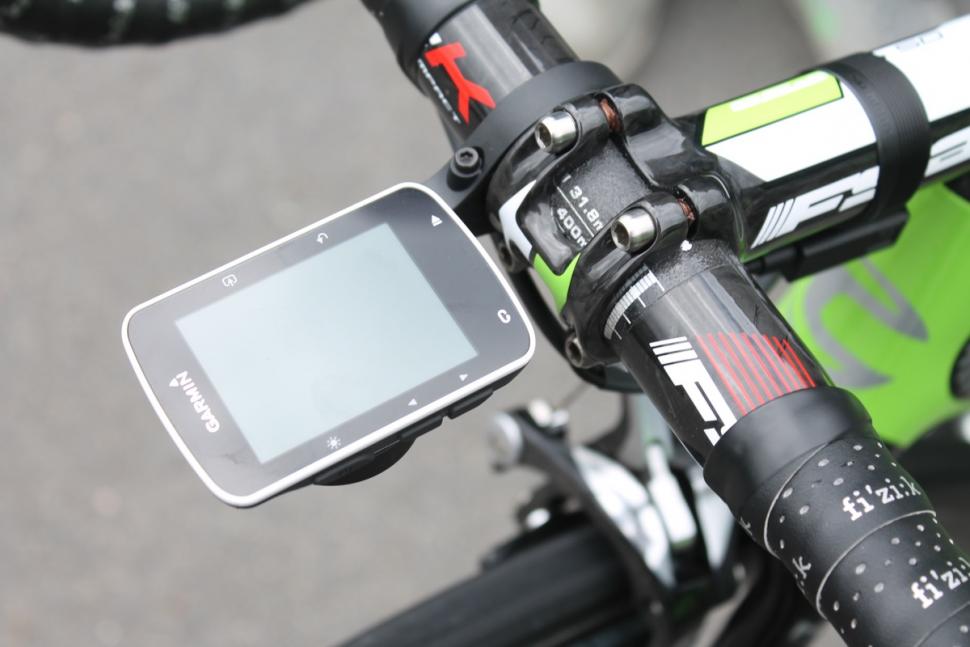 The FSA K-Force OS-99 stem is aluminium. It’s 3D forged and CNC machined from AL2014 before a unidirectional carbon skin is applied through a process FSA calls Carbon Structural Integration (CSI). That’s a Garmin Edge 520 bike computer fixed out front, Garmin being one of the team’s main sponsors. 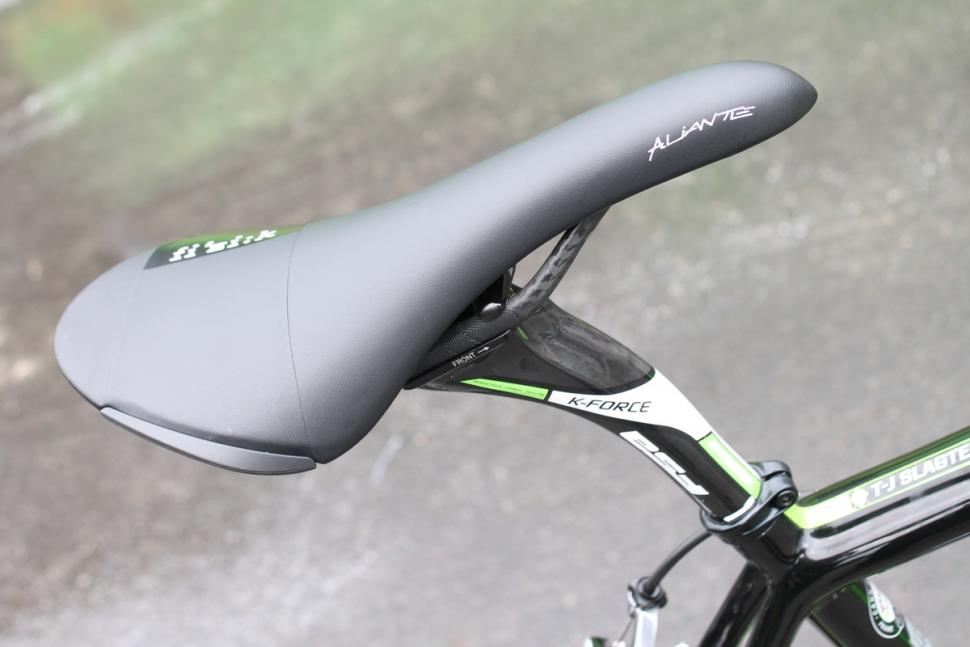 The seatpost is FSA K-Force with a one-piece carbon-fibre shaft and head, and green details matching those of the frame. An insertion mark on the post allows the mechanics to get the saddle height right. The Fizik Aliante saddle with carbon braided rails looks box fresh for the Tour. 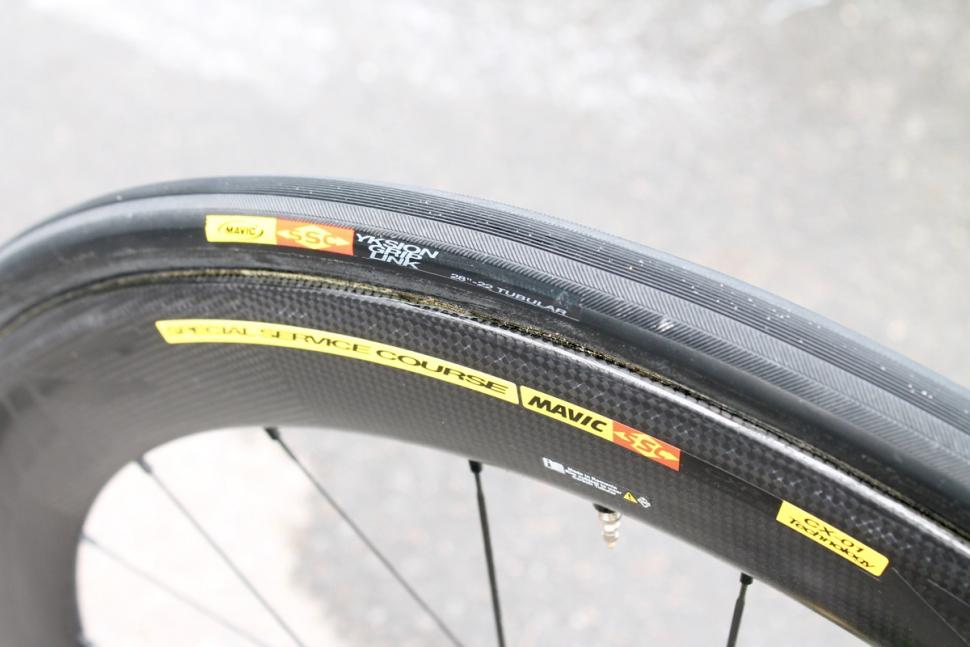 The rear wheel is a Mavic Cosmic CXR Ultimate 60, with that 60 referring to the rim depth in millimetres. The front wheel is shallower. It looks like a Mavic Cosmic Carbone 40, presumably chosen for more stable handling.

The tyres say Mavic Yksion Griplink on the sidewalls. It’s a different tread pattern from that of the Griplink tyres we’ve seen before, and it’s in a 22mm width, which isn’t an option Mavic offers to the public. We contacted Mavic to ask for some clarity and were told that these are pro-team specific; they're not available for sale. 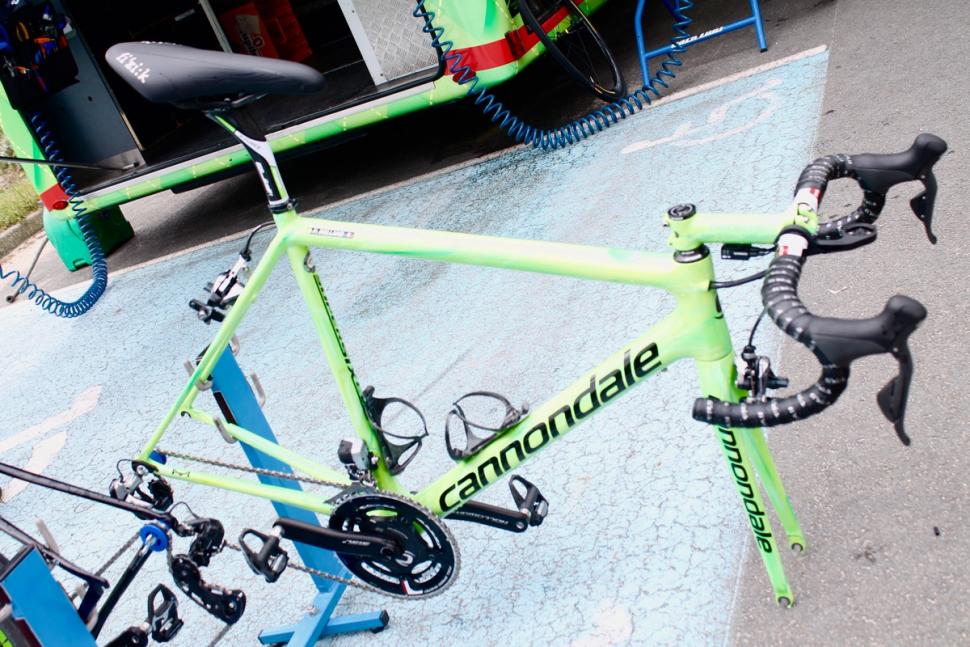 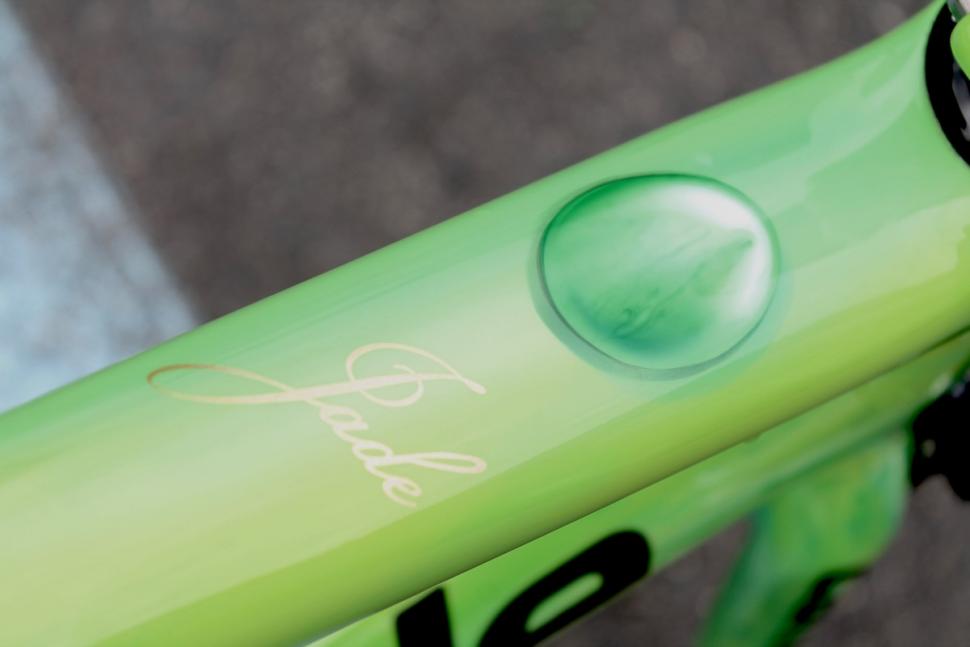 He has the name of his daughter Jade on the top tube, and that's presumably a jade stone depicted there. 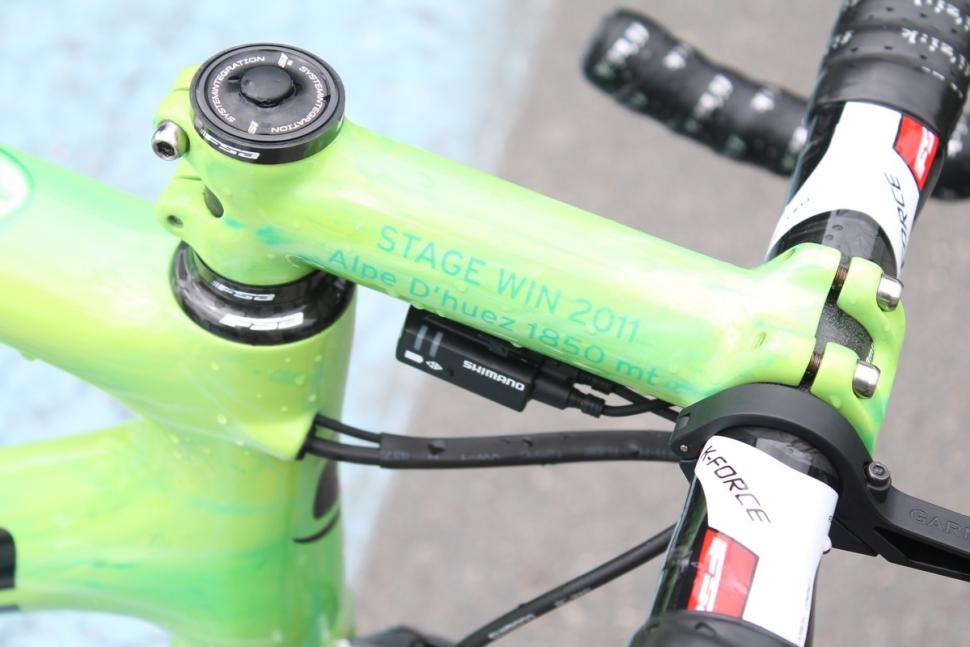 His stem, which has a similar finish, commemorates his Alpe d’Huez stage win in the 2011 Tour de France and, on the other side, his win on La Toussurie stage the following year. 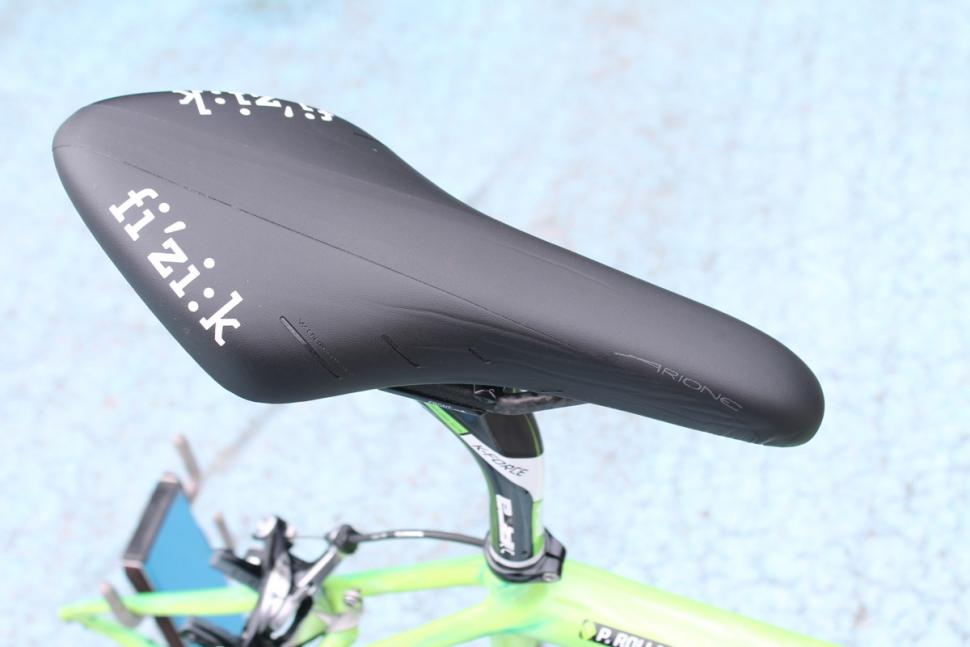 Rolland goes for a super-padded version of the Fizik Arione saddle.