We’re expecting Bianchi to make an official announcement on the launch of its Oltre XR4 CV aero road bike any day, and in the meantime we can have a good look at the models ridden by the Lotto NL Jumbo team in the Tour de France. 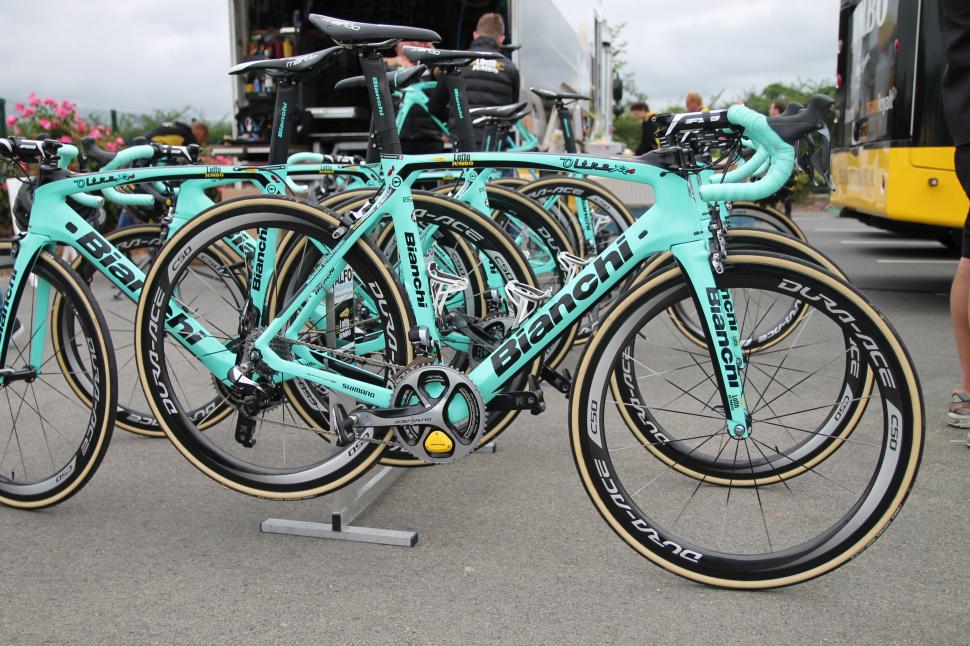 The Oltre has been in the Bianchi range for a few years now, and we’ve reviewed each of the previous versions on road.cc in the past. We’ve always been hugely impressed.

One of the big differences with the XR4 – there is no XR3 – is that this version incorporates Bianchi’s CounterVail technology, something that already features in its Specialissima, Infinito (road) and Aquila (time trial) models. 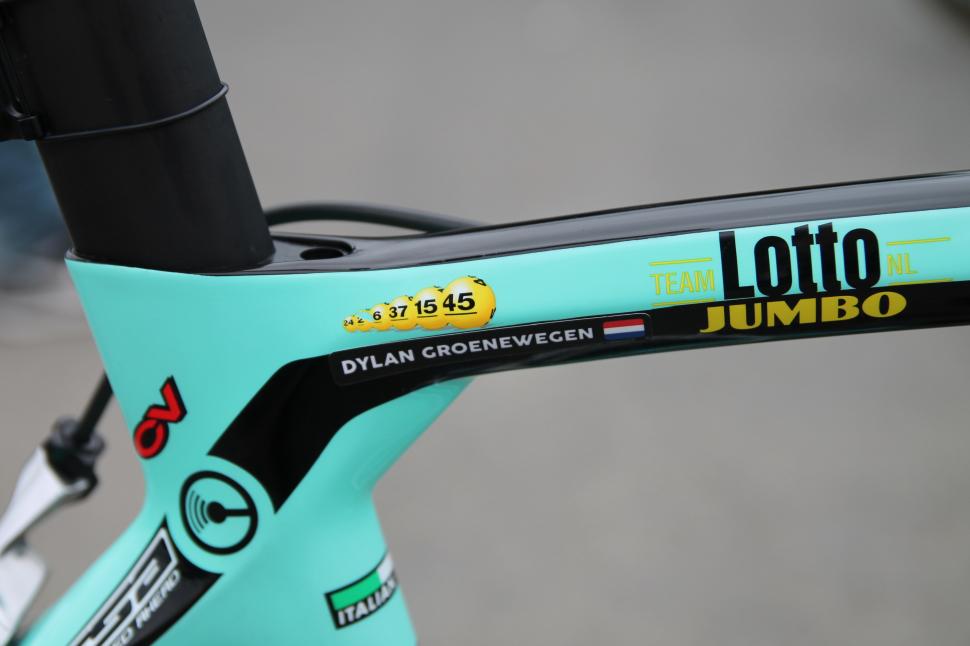 CounterVail is a viscoelastic carbon material from Materials Sciences Corp that’s embedded within the frame’s carbon layup. The idea is that it reduces high-frequency road vibration compared to a regular carbon-fibre frame by as much as 75%, helping to lower muscle fatigue and save energy while improving handling and control. It’s quite difficult to compare the XR4 to the XR2 by eye, but it’s clear that the differences amount to more than simply a change of material. Although the two bikes look essentially the same shape, the profiles of most of the frameset elements appear to have been altered. 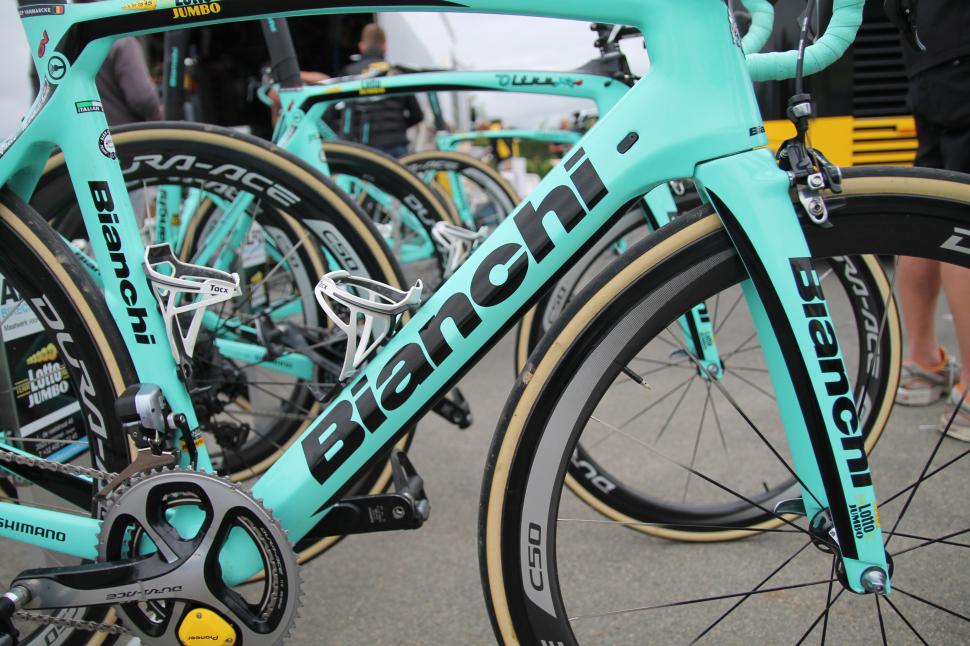 The down tube, seatstays and fork legs look deeper than before, for example, as do the chainstays which now feature a kink towards the dropout. 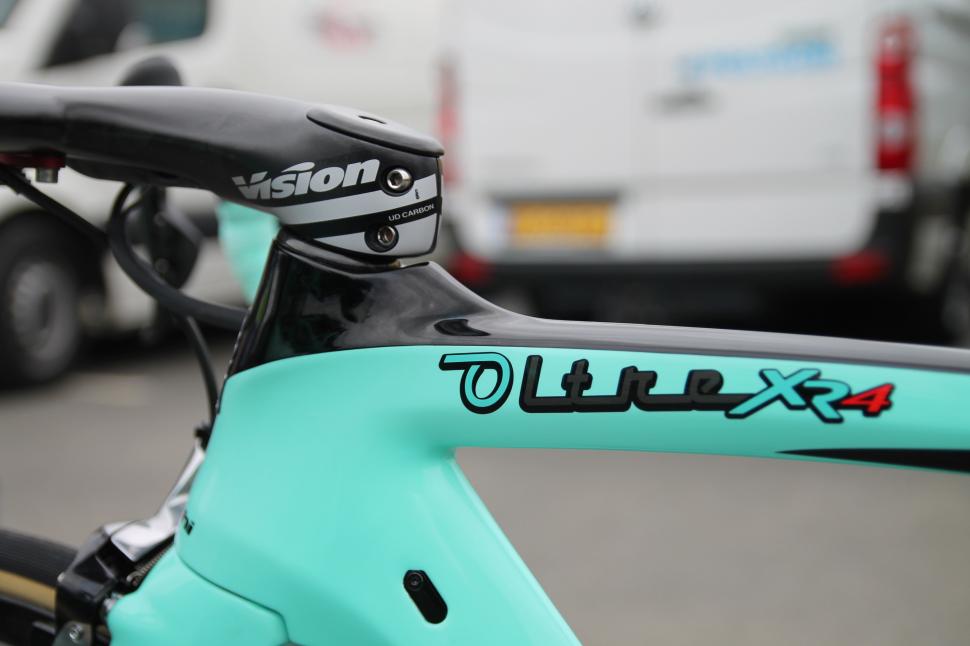 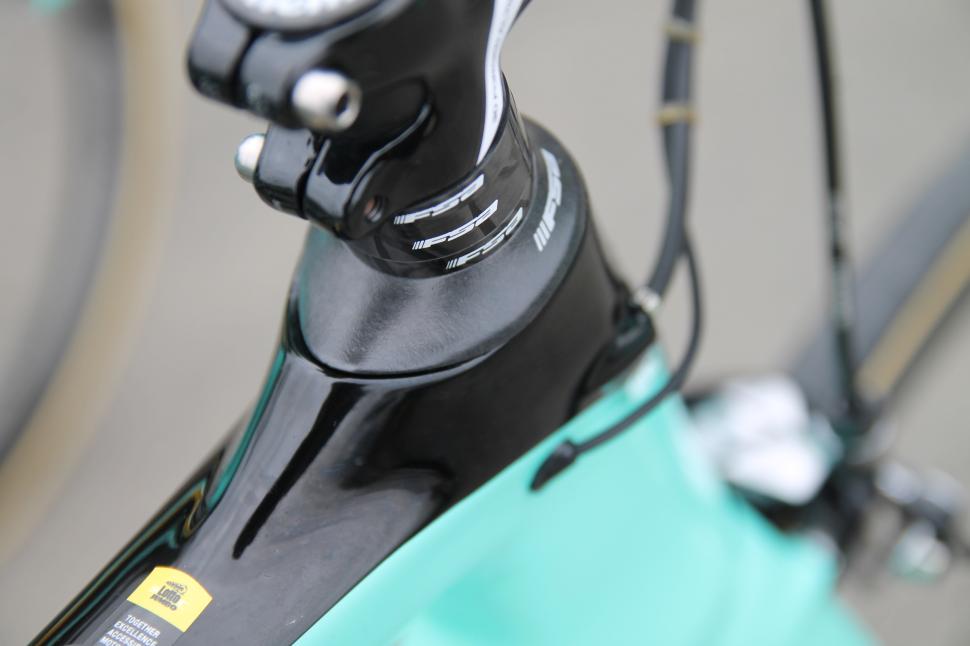 On this example (above), where the rider wants a higher front end, the top of the headset gets what looks like a bespoke cap. 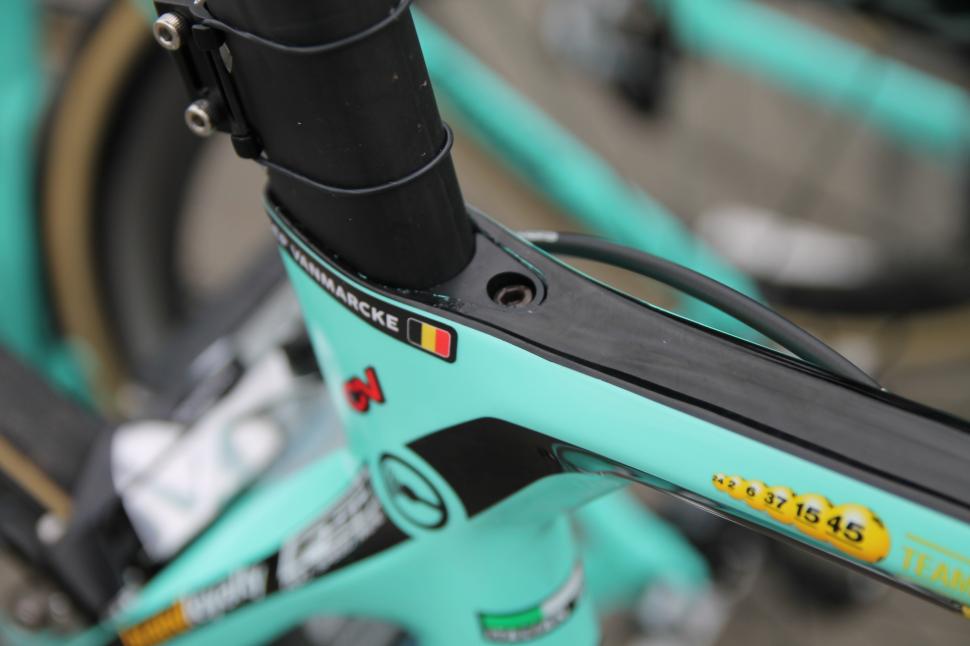 The seatpost clamp has been altered too. Previously it was external, flush with the frame, but now Bianchi is using an internal wedge-type system. 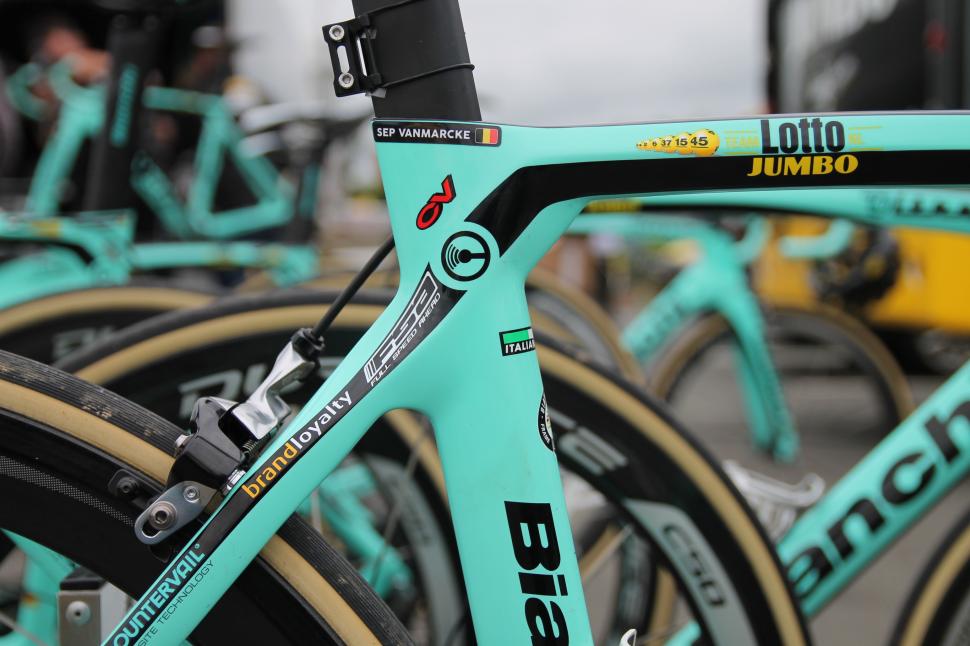 It looks like the seatstays meet the seat tube a little lower than before too, reducing the frontal area a touch and perhaps dropping the weight. Bianchi has made the switch from standard dual pivot callipers to direct mount brakes (where each brake arm is bolted directly to the frame/fork rather than via a central bolt). Quite a lot of brands have done this on high-end race bikes recently in order to improve the performance. 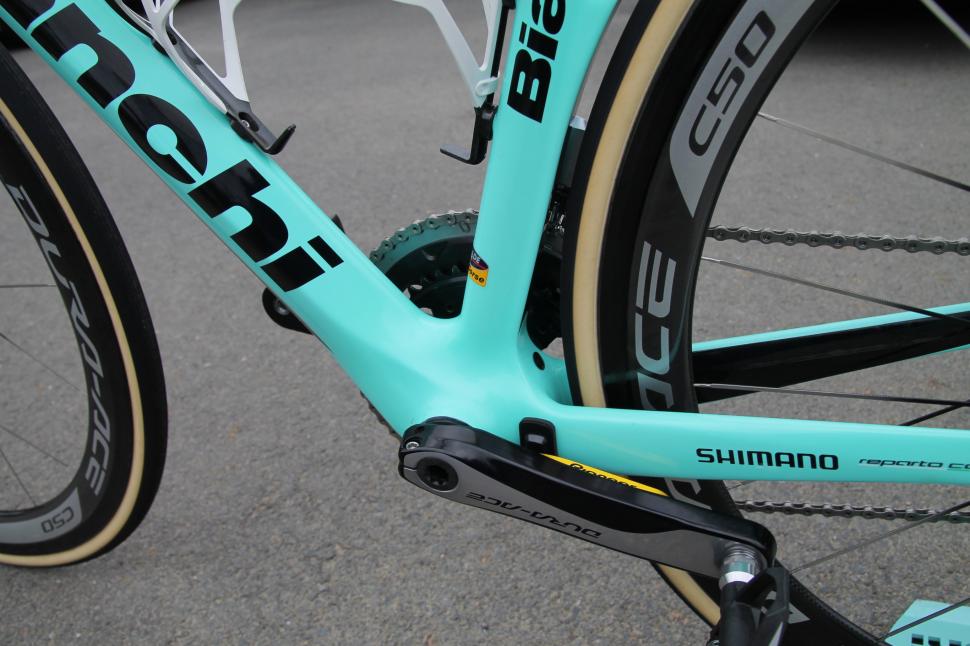 It looks like Bianchi has stuck with a BB386Evo bottom bracket.

Bianchi has a press event scheduled for next week so we can expect more details then.