Shimano has just launched Dura-Ace R9100, the latest version of its top-level road groupset, and it's packed with new and evolved technology.

We've covered the details in our other story on road.cc but if you're after just the highlights, here you go.

It’s “designed to simplify gear choice and reduce decision making in racing situations.” The idea is that you press a button that moves you to the next gear ratio (up or down) irrespective of whether a gear change needs to be made by the front or rear derailleur. 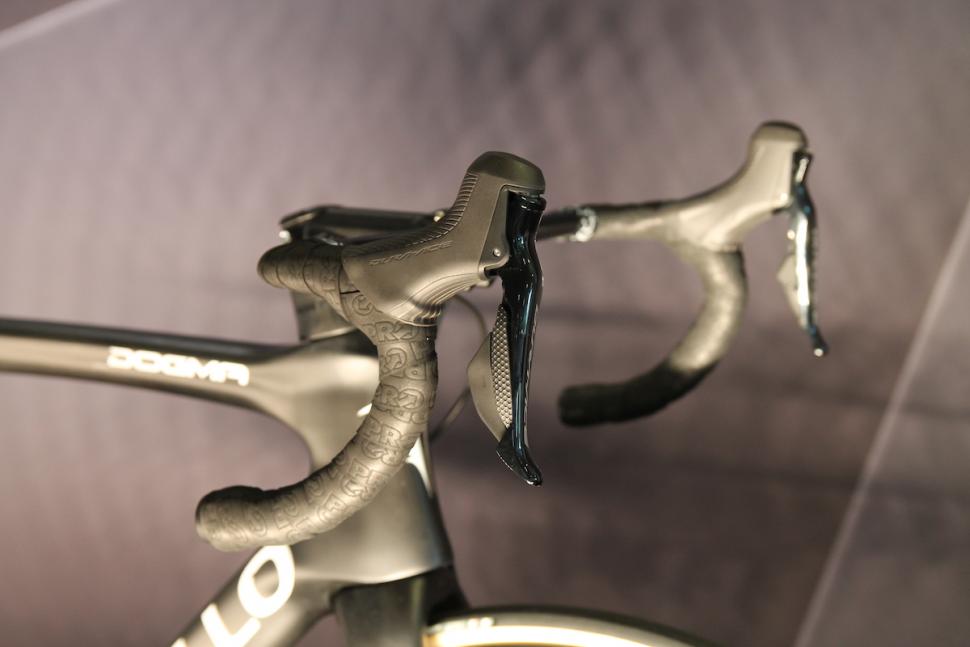 There are two modes. If you go for the Full Shimano Sychronized Shift, the front derailleur reacts based on the rear derailleur’s shift action. You don’t need to use two separate shifters, you just use one. Press one button and the gear will get harder to turn, press the other button and the gear will get easier. If that requires a front shift, the system will take care of that automatically; you don’t need to worry about it.

If you go for Semi Shimano Synchronized Shift mode: the rear derailleur reacts based on the front derailleur’s shift action, shifting to the next most appropriate rear gear when the rider makes a front shift. Okay, you don’t need it, but Shimano’s reasoning is that, “When riding at maximum capacity, decision making can be impaired. The less stresses on a rider and the less decisions a rider has to make, the less mistakes they will make.”

It’s hard to argue with that. Most of us have made strange decisions when going full gas. It’s certainly an interesting innovation.

Shimano sees it as particularly useful for time trials and triathlons. Reducing the number of buttons – there’s just one per bar end shifter and base bar brake lever – allows levers to be slimmed from 40mm wide to 29mm, and the weight to be reduced from 128g to 100g.

It has been obvious for a few years – quite a lot, actually – that a big tech component brand like Shimano needs a power meter in its range, especially given that SRAM already has its Quarq power meters. The new FC-R9100-P power meter plugs a huge gap. As well as providing for consumers, it will presumably allow Shimano to get its sponsored riders on an in-house device. It’ll be interesting to see how many of the World Tour teams will be using it next year. Shimano’s power meter is crank based with strain gauges in both crank arms – so it can measure left and right legs separately – and a discreet ‘brain’ that sits within the spider. See it up there (above) between the top two arms? I told you it was discreet!

It can be paired to third party displays, such as Garmin Edge bike computers. The system checking and firmware upload can be operated by your smart phone or tablet PC through a Bluetooth connection.

We’ve not used the power meter but it would be a massive surprise if Shimano has come up with something that doesn’t bother the opposition. We’re not saying the Japanese brand is infallible – check out Shimano and Campagnolo’s greatest design blunders – but it doesn’t make many mistakes as far as technology is concerned.

Shimano has introduced two new rim depths to its Dura-Ace lineup. You could previously choose from 24mm, 35mm and 50mm rims. The 24mm rims remain but Shimano has now brought in 60mm and 40mm rims (they’re the same width so no brake adjustment is required if you swap from one to the other). Could we be about to see a move towards slightly deeper wheels, both in the pro peloton and the wider world? Perhaps. It wasn’t so long ago that deep section wheels were solely the preserve of time trialists. Now they’re everywhere. Maybe we’re going to move a little further along that road.

4. The introduction of hydraulic braking

Yes, Shimano has offered hydraulic braking on the road alongside both mechanical and electronic shifting for a while now, but the brakes have previously been non-series – they’ve sat outside the groupset structure.

Now Shimano is offering Dura-Ace hydraulic road disc brakes for the first time, probably in recognition of the fact that discs have been permitted in road racing (albeit that their use is suspended at the moment), and Dura-Ace is essentially a racing groupset. 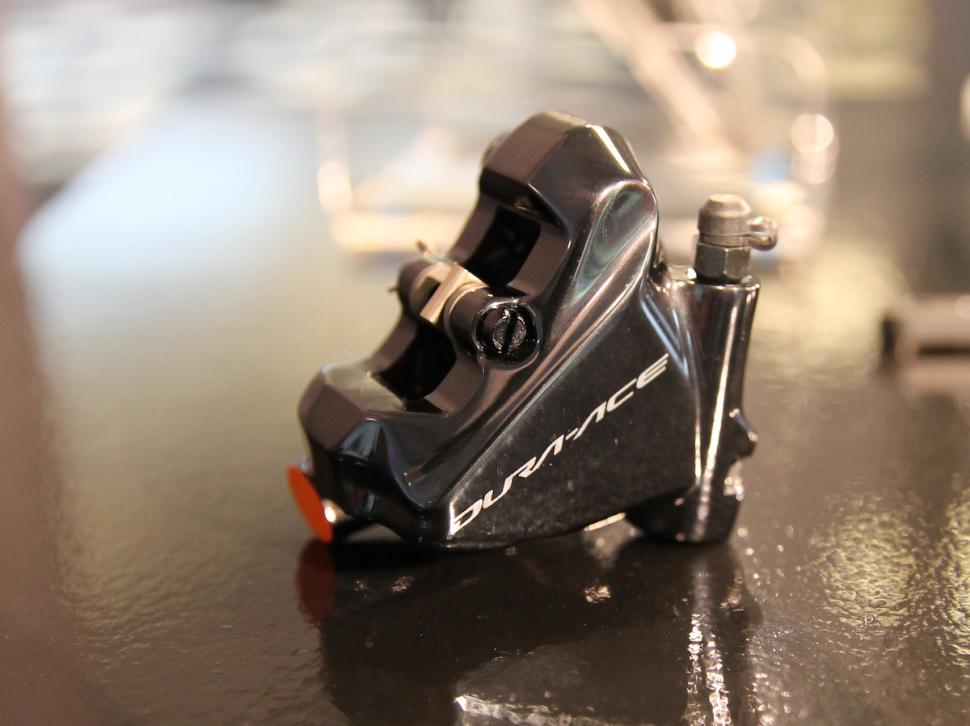 Shimano says, “New dedicated Dura-Ace rotors bring better heat management properties to provide stability in brake performance. With an increased adaptor size, heat transfer through the rotor is decreased and more heat can dissipate through the air. This results in a 30°C reduction in rotor temperature over Shimano’s Ice Technologies Freeza rotors.” The inclusion of disc brakes within the Dura-Ace groupset for the first time is an indication of their widespread acceptance in the road cycling world, notwithstanding the UCI’s suspension, and a signal, if one was needed, that they’re here to stay on performance road bikes.

The smallest sprocket size offered on previous versions of Dura-Ace was 28-tooth but now Shimano is offering an 11-30-tooth cassette. All of the major manufacturers offer wider ranging cassettes these days. Even Campagnolo now has an 11-32 cassette in its new Potenza range.

Dura-Ace remains a racing groupset but it’s interesting that there’s a recognition that a proportion of the public want smaller gears.

Shimano says that cycling has evolved and people now do more extreme riding, hence the need for smaller gears.

The new direct mount rear derailleur comes in one size for all chainring/cassette options. There’s no such thing as short/medium/long cage rear mechs in the Dura-Ace R9100 groupset. That has to be good news for those who like to swap cassettes/wheels for different terrains.