The NK1K is Cipollini’s latest model which has not only been designed to be aerodynamic but also to deal with the latest technologies in the road bike industry: direct mount brakes, electronic shifting, wide tyres and even disc brakes, all while maintaining the aesthetics of an Italian superbike.

The NK1K is available in two versions depending on what style of braking you’re after. First up, you can have the dual mount caliper model that we’ve got here. Interestingly, Cipollini haven’t gone down the route of placing the rear caliper under the chainstays, though. If you fancy going down the disc brake route, the other version has a frame and fork designed to use the latest flat mount disc calipers. The frameset has been strengthened around the braking areas to resist the forces too.

Other than that, though, the framesets are identical with the same internal cable routing inserts that allow you to run both mechanical gear systems or the wires for an electrical one. 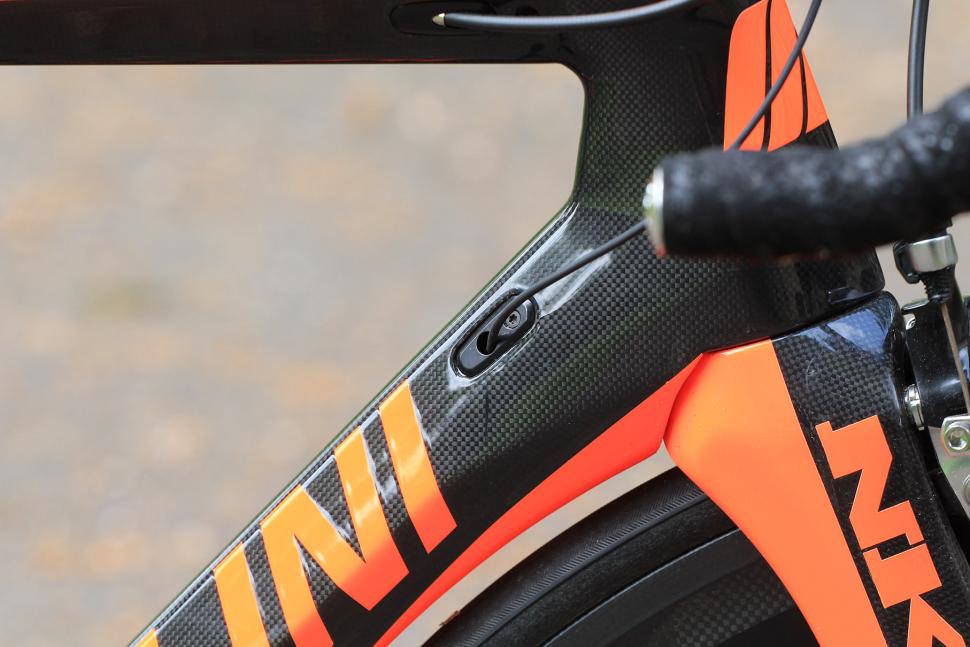 A smart piece of design is what Cipollini calls the Cover Cap, a headset spacer, if you like, that integrates with the frame. It comes with a stack height of either zero for that full on slammed look, or a 16mm option that lifts the front end while maintaining the smooth transition with the frame. If you do still need a bit more bar height you can add standard headset spacers above. 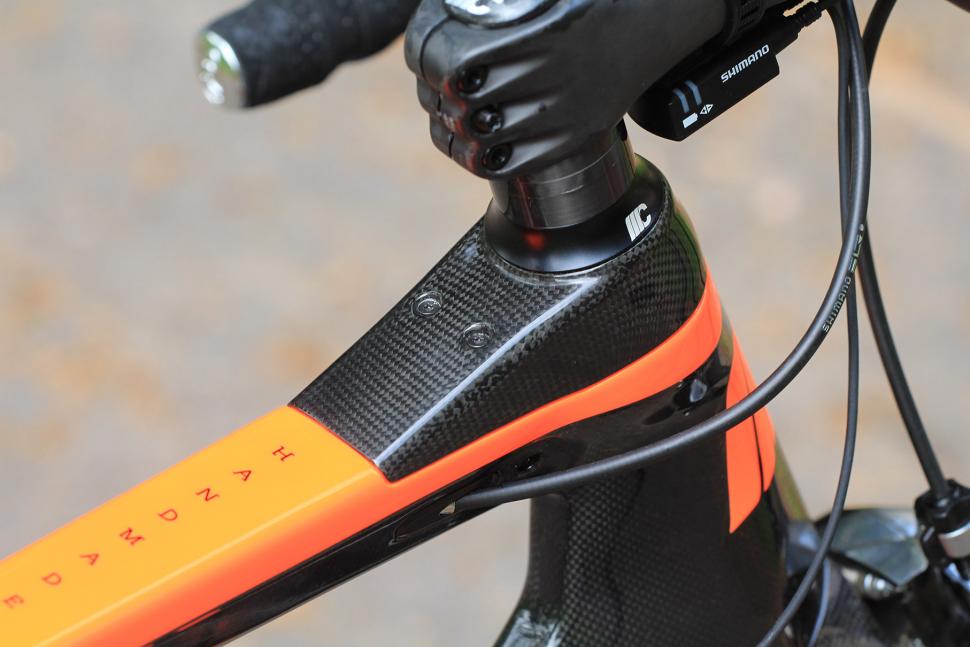 Continuing the smooth frame look, Cipollini have really gone to town with the seat clamp arrangement. The aero seatpost is held in place with an expanding wedge tightened by a bolt – nothing new here as we’ve seen that on the likes of Canyon’s Ultimate, for example.

Cipollini have hidden their bolt inside the top tube with access behind a small cover tightened with a sunken Torx screw to keep things smooth in the airflow and, above all else, for aesthetics. The frame itself uses T100 carbon fibre and on first look has all of the attributes needed for stiffness and impressive power delivery: a tapered head tube, oversized down tube and a BB386 bottom bracket, for example.

This size frame has a quoted weight of 1,150g (1,120g unpainted), which is none too shabby when you consider the aero tube profiles and oversizing. Apparently, Mario has a key input in the testing and development of the frames bearing his name so you can imagine the frames have to be able to resist the power of a world champion’s legs rather than concentrating purely on being as light as possible. 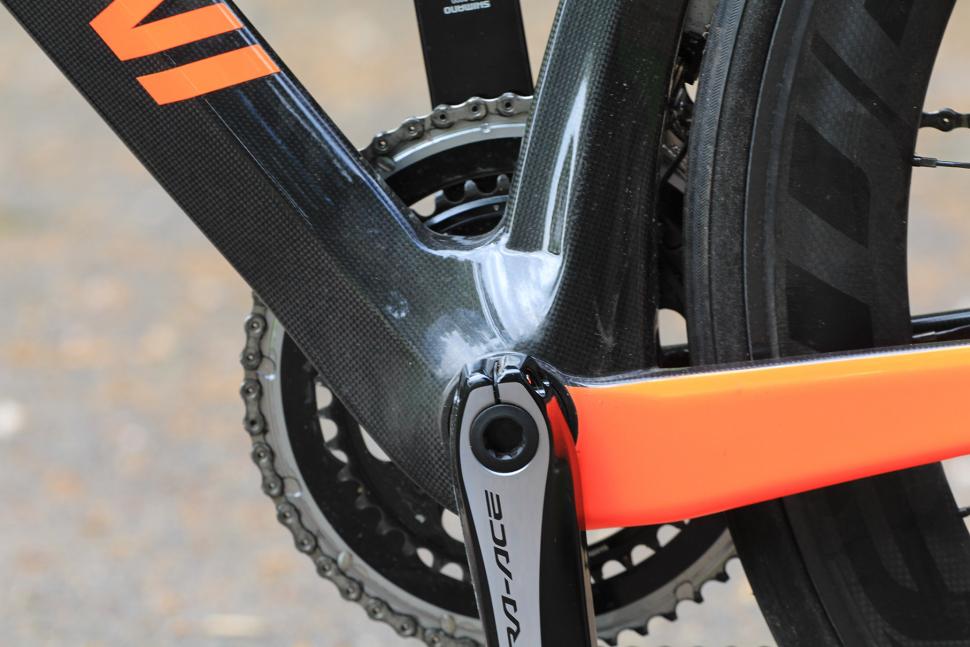 A glance over the geometry table makes it obvious the NK1K is a bike to be raced on or, at the very least, ridden hard.

Cipollini’s are sold primarily as framesets with the NK1K coming in at £4,200 for both the disc and dual mount versions. 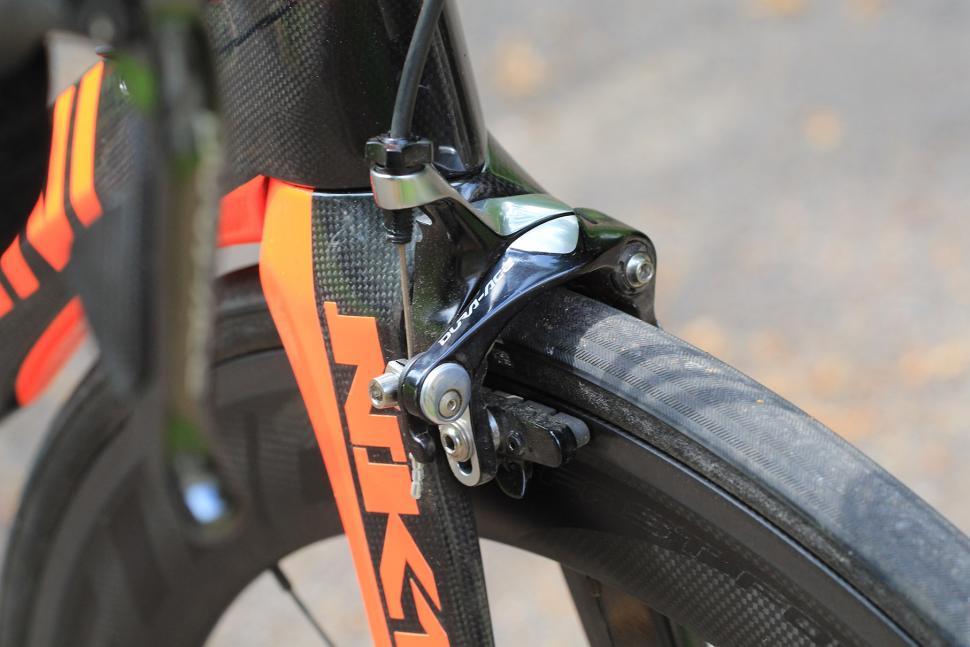 UK distributor Paligap has built our NK1K up with a full Shimano Dura Ace Di2 groupset including those direct mount calipers, full Ritchey finishing kit and a pair of FFWD F6R carbon clinchers. These come shod with Challenge Strada 25mm tyres, but the NK1K can cope with 28mm. Competition wise, as a top end, peloton-ready, handbuilt frameset the NK1K is up against the likes of the Storck Aerfast Platinum at £3,949 and the Bianchi Specialissima at £3,450 which we have reviewed in the past. They're tough acts to follow but we’ll see how the Cipollini gets on out in the real world.

We’ll be back with a full review soon.