Trek is adding technical innovation first seen on the Domane SLR, unveiled back in the spring, to all-new Silque women’s bikes and additional Domane models.

Check out our report from the launch of the Trek Domane SLR.

Trek’s IsoSpeed decoupling – which is designed to provide comfort and control by isolating the rider from rough surfaces – remains the key technology used in the endurance range. Go to our previous story for an explanation of how it works.

The rear IsoSpeed decoupler is now adjustable and it is joined by a front end decoupler on certain models, as debuted on the Trek Domane SLR ridden by Fabian Cancellara in the Cobbled Classics. The front IsoSpeed decoupler is designed to allow the steerer tube to flex independently of the head tube, the idea being to reduce fatigue without sacrificing efficiency or control. 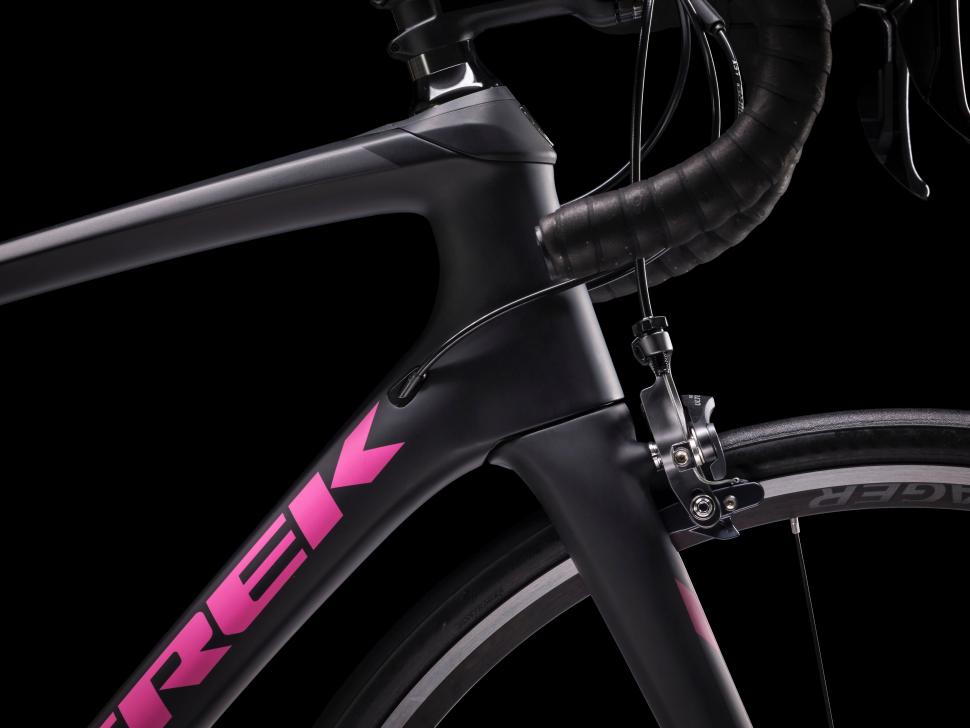 “Adjustable rear IsoSpeed brings more versatility to the smoothest ride on the road, while the addition of front IsoSpeed balances out the ride and provides a 10% increase in front-end compliance over a traditional road bike. Direct mount brakes are also new, providing additional tyre clearance for those who want to explore off the pavement.”

There are two Silque SLR models (all of the info in this article relates to the UK market; the range may differ slightly in other parts of the world). The Silque SLR 6 (£3,600, above) features a mechanical Shimano Ultegra groupset while the Silque SLR 7 (£4,400) has the Di2 (electronic) version (the numbers that Trek uses across its range denote different groupsets). 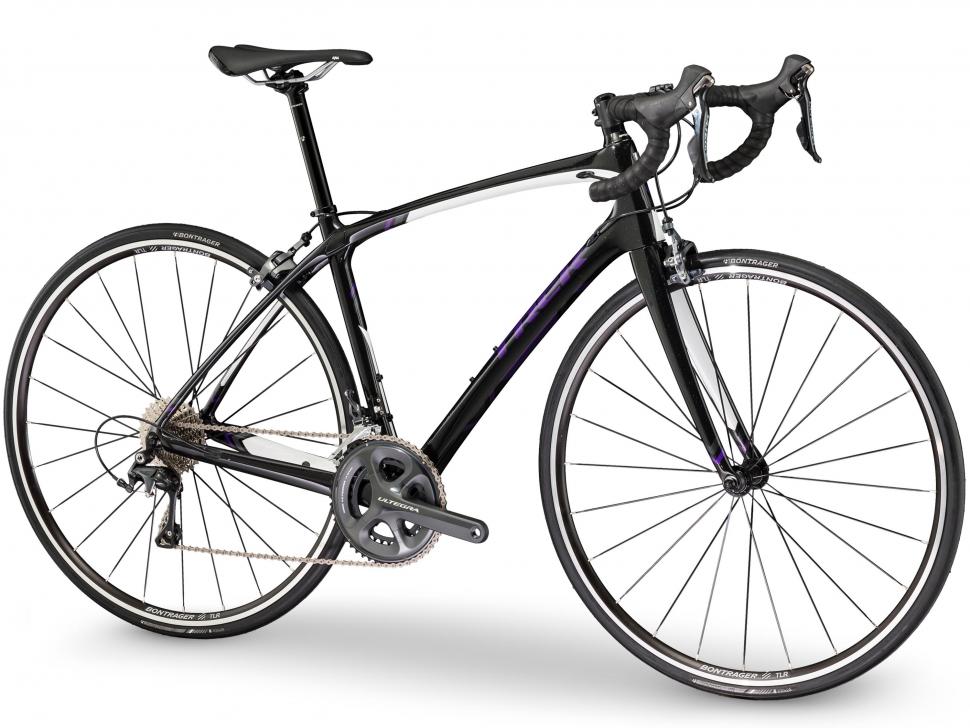 The carbon-fibre Silque S is built to the same updated women’s specific geometry as the SLR and it features rear IsoSpeed, but not the front-end version. It’s available in three different builds, starting with the Shimano Tiagra-equipped £1,400 Silque S 4. The Silque S 5 (£1,600, below) gets a Shimano 105 groupset while the Silque S 6 (£2,000, above) features Shimano Ultegra (mechanical).

Check out our review of the Trek Domane SLR 6. 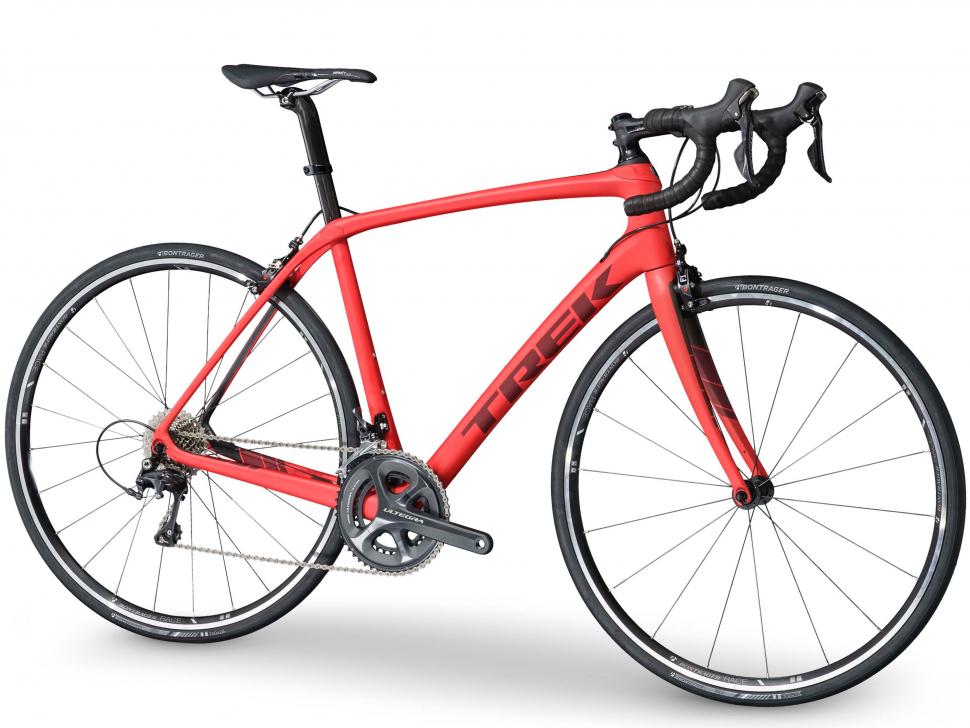 The cheaper of the two Domane SLs is the £2,400 6 (above) with a Shimano Ultegra mechanical groupset and Bontrager Race Tubeless Ready wheels. The £3,200 Domane SL 7 gets the Di2 version. 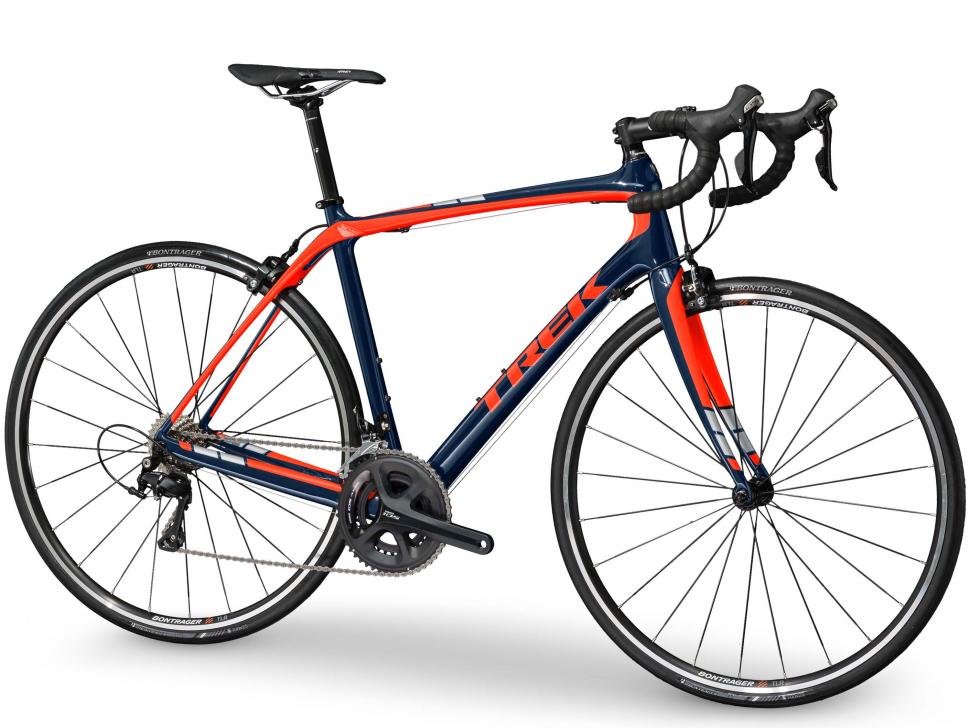 The all-new Domane ALR 4 (£1,100, above) features rear IsoSpeed, direct mount brakes, and the same invisible welding as you get on the Emonda ALR.

Rear our review of the Trek Emonda ALR 6.

“This revolutionary welding technology offers a better connection at each tube junction, increasing strength while reducing weight through the use of less welding material,” according to Trek.

The new Silque and Domane bikes are available now.