Rapha has today launched a new bikepacking range, consisting of a Saddle Pack (£105) and Handlebar Pack (£85), developed in collaboration with Apidura, a British company that specialises in bikepacking products.

Rapha describes its latest venture into the rapidly growing bikepacking market as a “natural progression for the Brevet range," its range of clothing designed for long distance cycling and Audax type events. It has also coined the hashtag #packlighttravelfar. 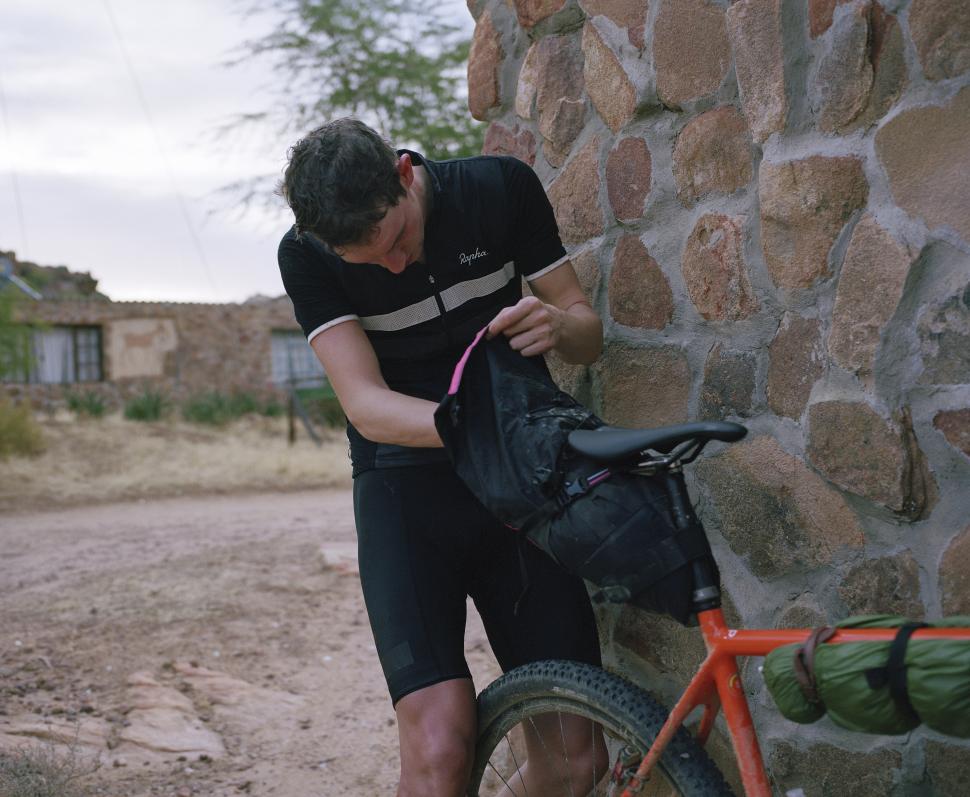 Bikepacking has gone mainstream. It has taken off as an alternative to the traditional method of fitting racks and panniers to a bike and originally grew out of mountain biking where it is pretty much impossible to fit a rack to a mountain bike.

With the rise of gravel and adventure bikes and events like the Transcontinental, a long-distance unsupported race where the emphasis is on travelling fast and light, bikepacking is only going to get more popular. I even saw a large number of bikepacking bags being used in the 200km Dirty Reiver gravel race a couple of months ago. 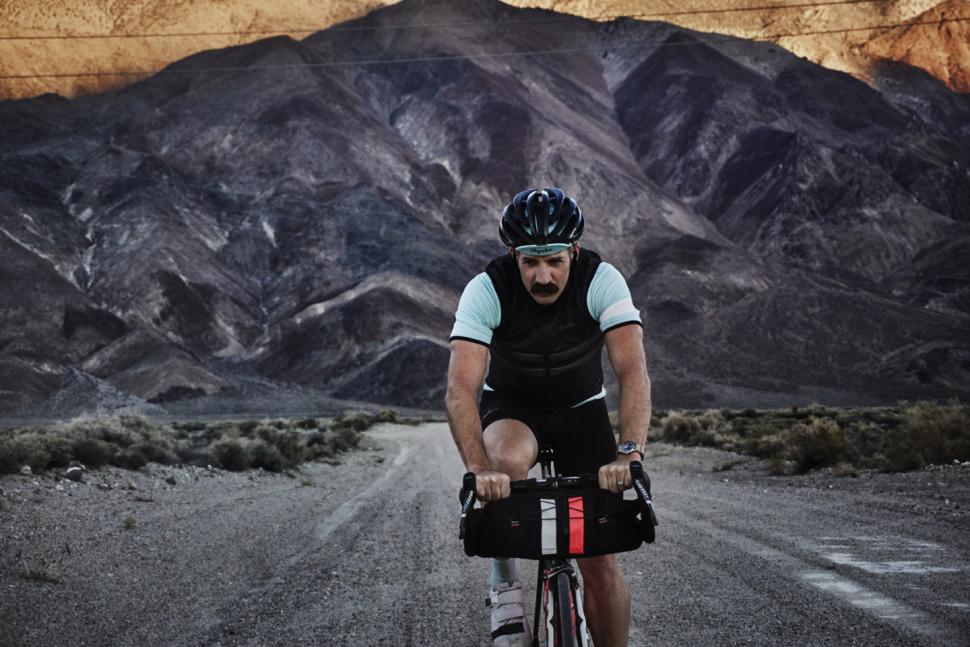 Some of the reasons for the appeal of bikepacking is because the packs as a whole are lighter than a traditional rack and pannier setup, and that’s important when you’re racing against the clock or competitors. The packs don’t impact handling, they’re more flexible and you could even argue they’re more aerodynamic than a pair of panniers.

Apidura, if you’ve never heard of them, is one of the leading names in this blossoming market. It’s a British company and Rapha is making the most of its expertise and adding its usual style, and some might say price premium. The Rapha packs are about the same price as the regular Apidura packs we’ve tested on road.cc, however. 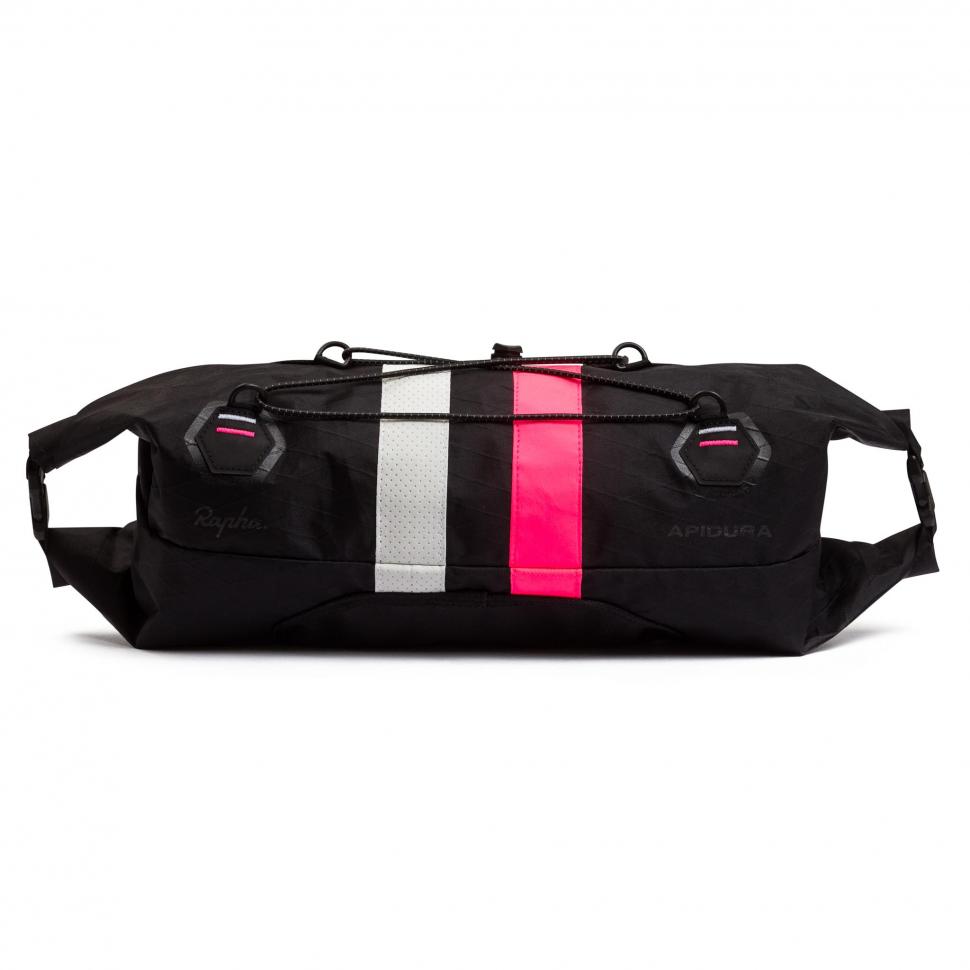 The two packs are designed to fit on any bicycle easily, using a system of adjustable straps and buckles, and means you can fit them to any bike, even a carbon race bike, that doesn’t have eyelets for fitting a rack. There are three attachment points for security.

A four-layer laminated water resistant material is used to construct the packs and it’s also claimed to be durable and lightweight. A synthetic rubber is used for all the fastening points and roll-top closures.

The packs are finished with the distinctive white and pink bands used on the Brevet jersey - the white band is made from a reflective fabric. Further reflective material is added to the shock cords and outer webbing. The Saddle Pack has an additional bungee cord on the top and a rear light attachment point. 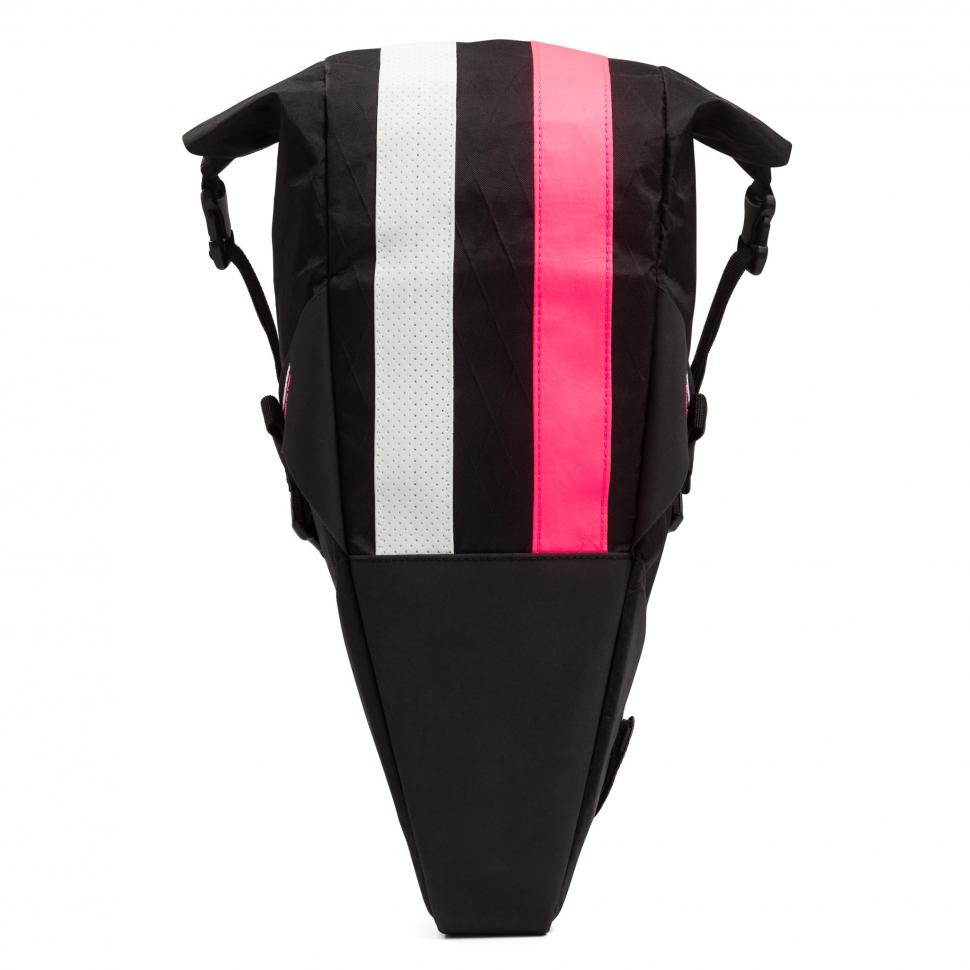 This partnership with Apidura is the latest in a long line of collaborations that has seen the London-based clothing market move into new markets. There were the Giro shoes, Bang & Olufsen headphones and Carl Zeiss sunglasses.

You can check out the range at http://pages.rapha.cc/stories/rapha-apidura