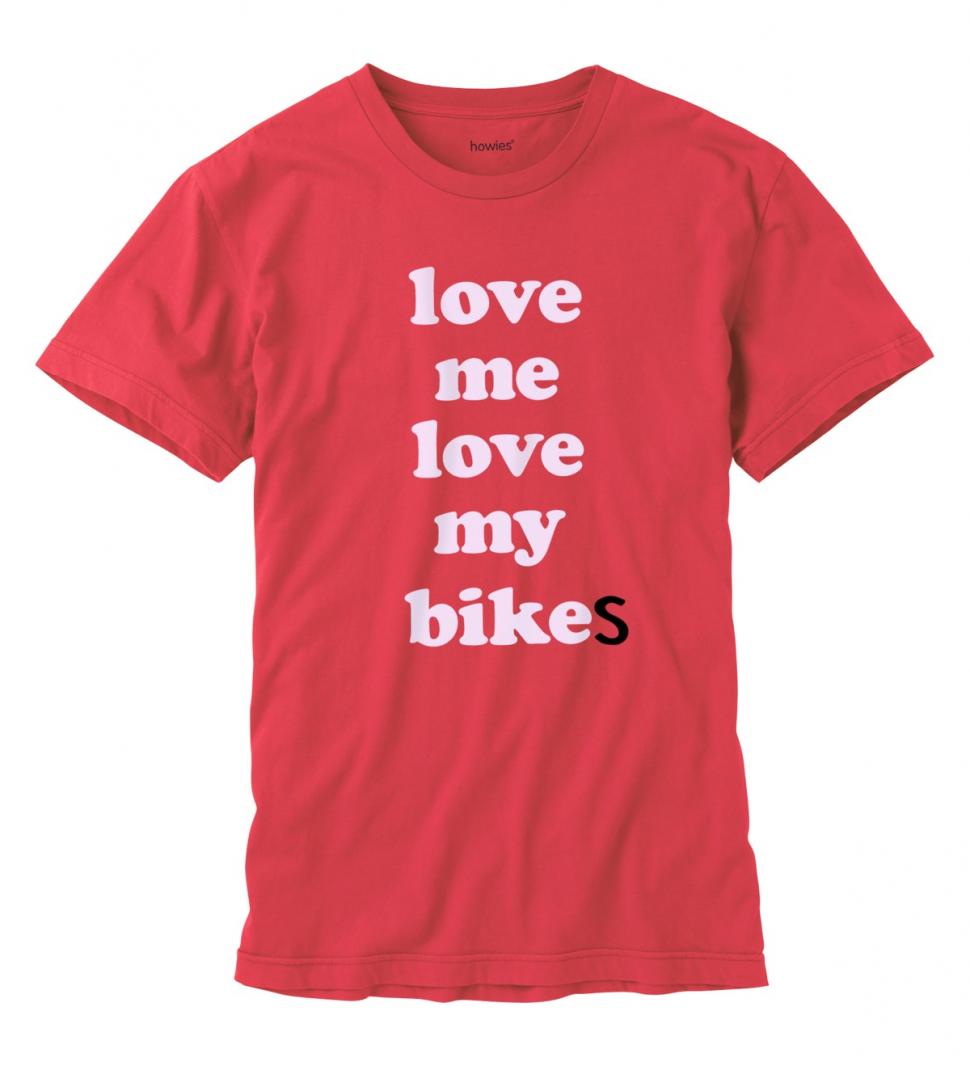 Sun's out, guns out: Bike T-shirts for the summer

It's the time of year when loads of bikey brands bring out new T-shirts for the summer and here are some of the most interesting that we've spotted.

Before we start, just a point of order. These are bike-related T-shirts – they're printed with cycling themes – rather than tech T-shirts to wear while cycling. The only exception to that is the Vulpine T-shirt that's made from a cotton that’s designed to wick away sweat and odours.

Stolen Goat has a whole load of new T-shirts in its range, including some limited edition Tour de France designs that are proving popular. 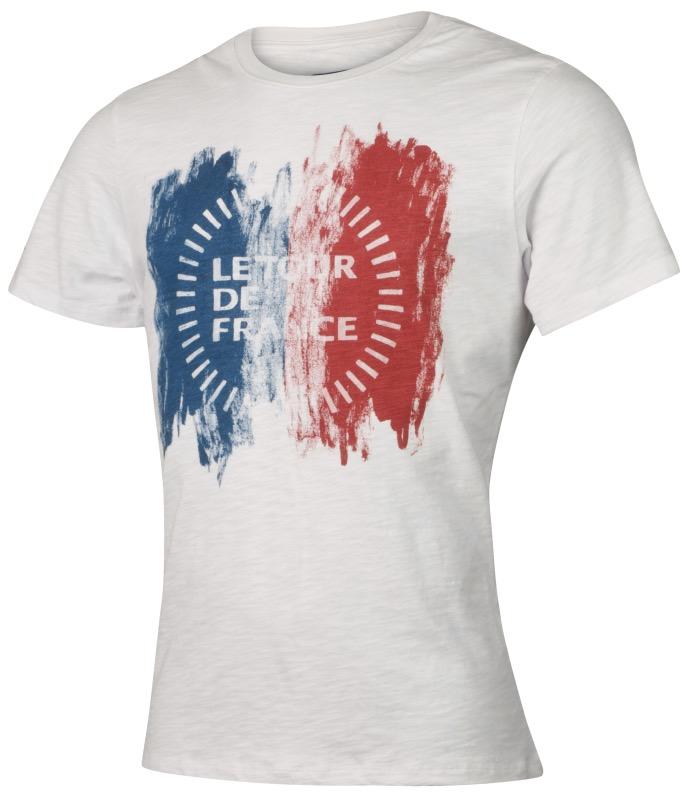 This one, the Tour Classic, features a twist on a previous Tour de France logo. 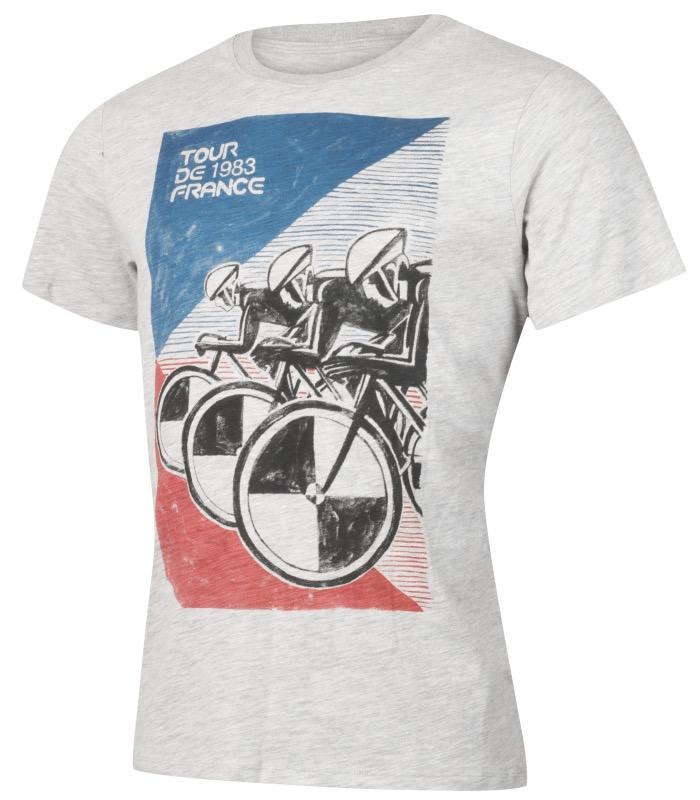 And this one, the Eighty Three, is based on artwork from the 1983 Tour. 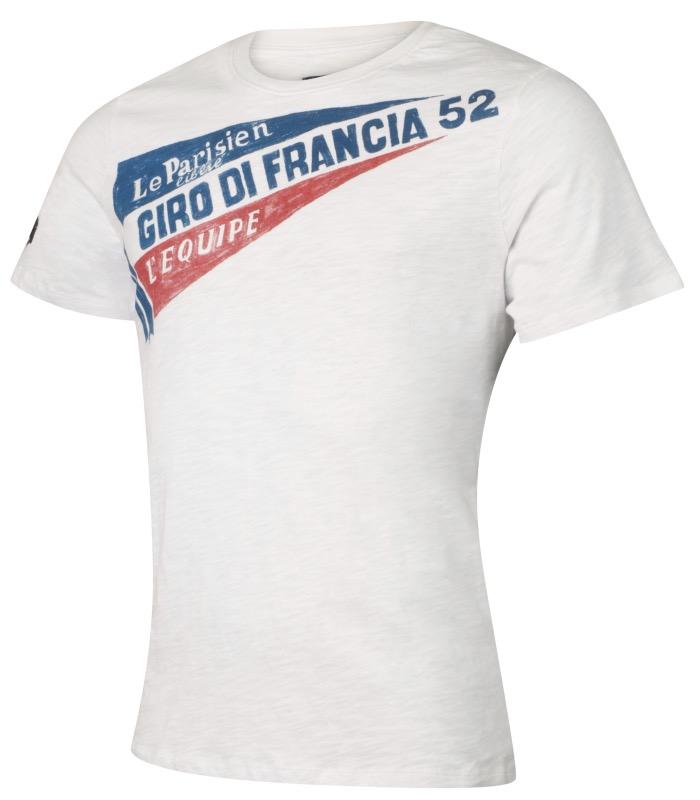 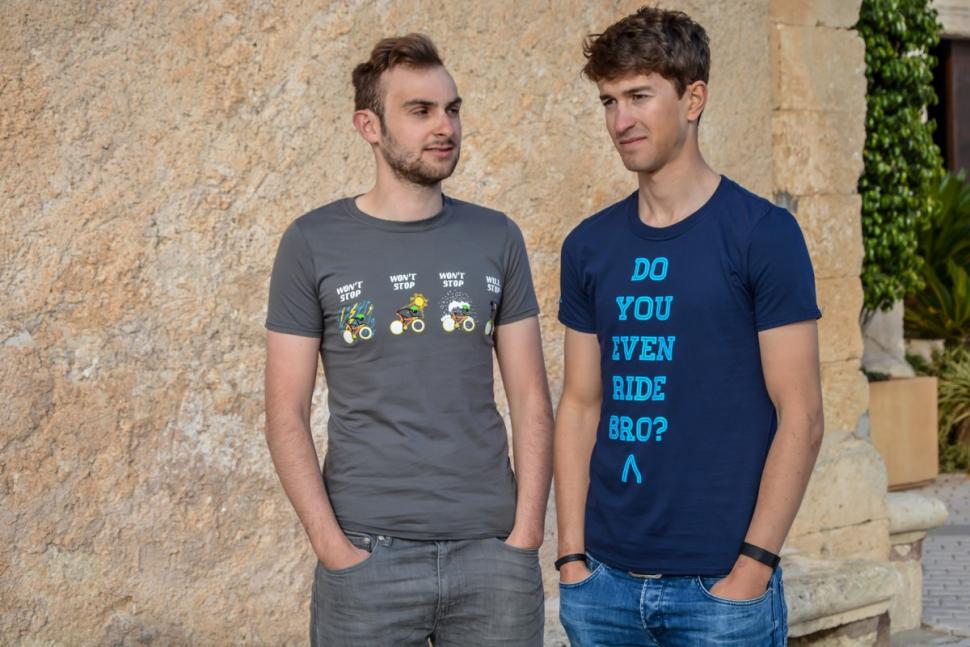 Primal puts a cycling twist on the ‘Do you even lift, bro?” meme (above right). 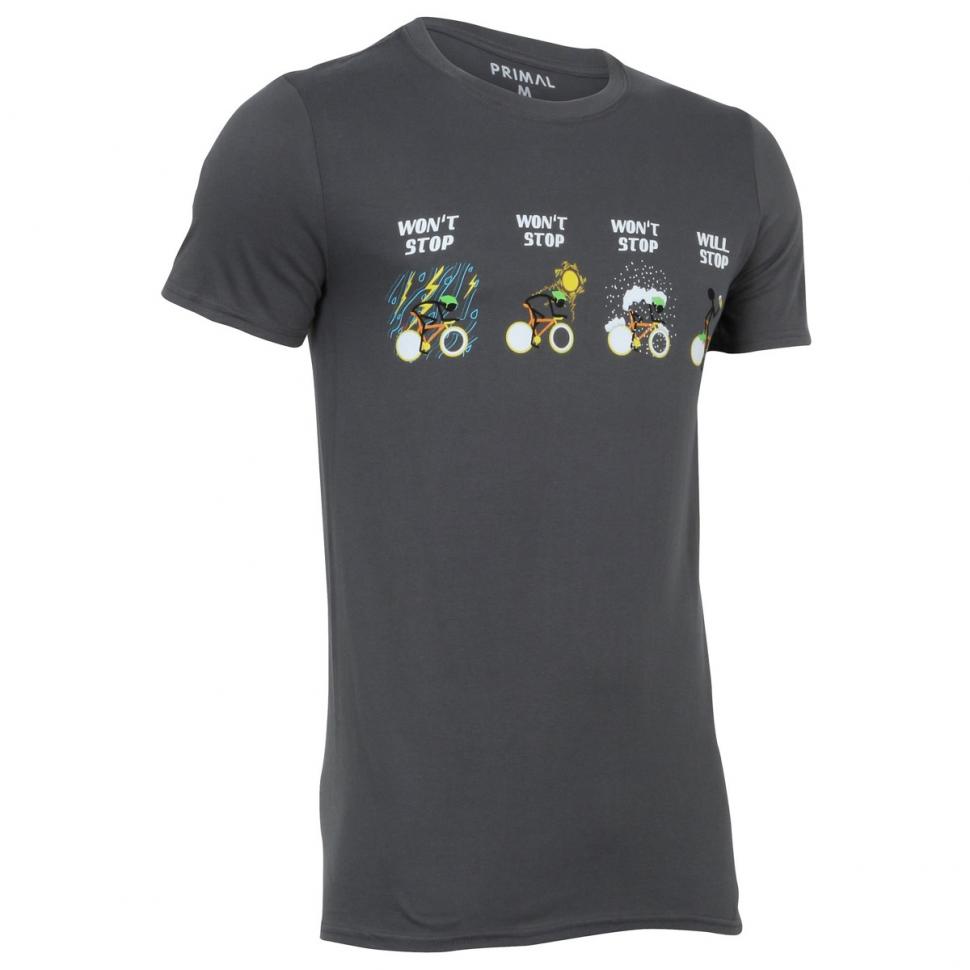 It has a Won’t Stop T-shirt (above) too. The first three panels show a rider who ‘won’t Stop’ in a variety of different weather conditions, the final panel says ‘Will Stop’ and the image is a bloke with a beer.

There are several new designs from Endurance Conspiracy, screen printed in the UK and priced at £22. 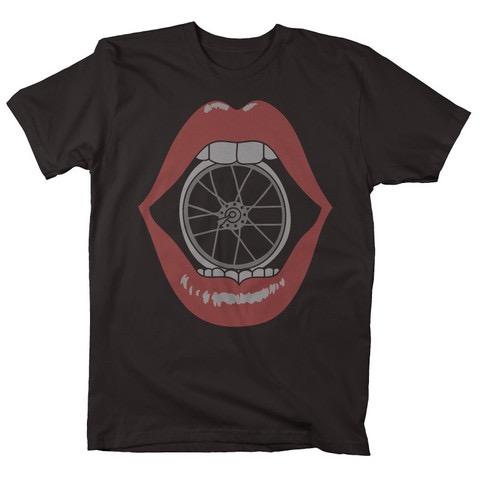 This one is called Ride My Lips. 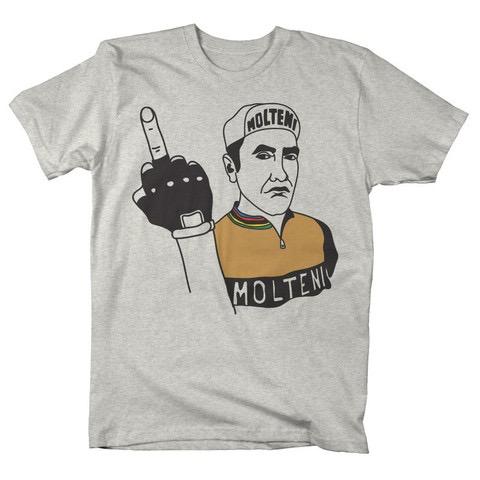 And this on is Eddy Rode Steel, with The Cannibal flicking the bird. How rude!
www.enduranceconspiracy.co.uk

Howies has several new T-shirts for the summer.

The ‘Love me love my bikes’ option won’t leave anyone in any doubts about your priorities in life. 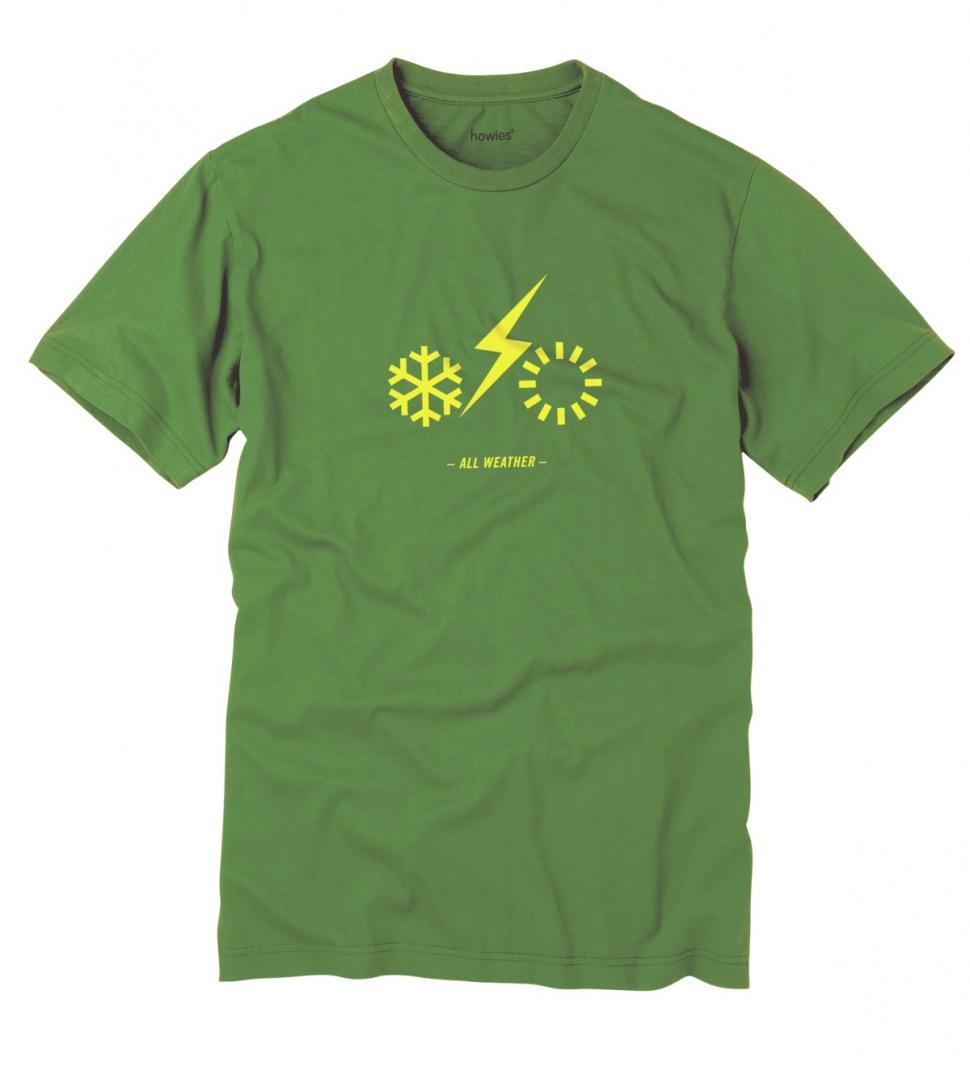 They’re all screen printed by hand in West Wales on T-shirts that are 100% certified organic cotton made in Portugal. Each T-shirt is printed to order so the runs are very limited. 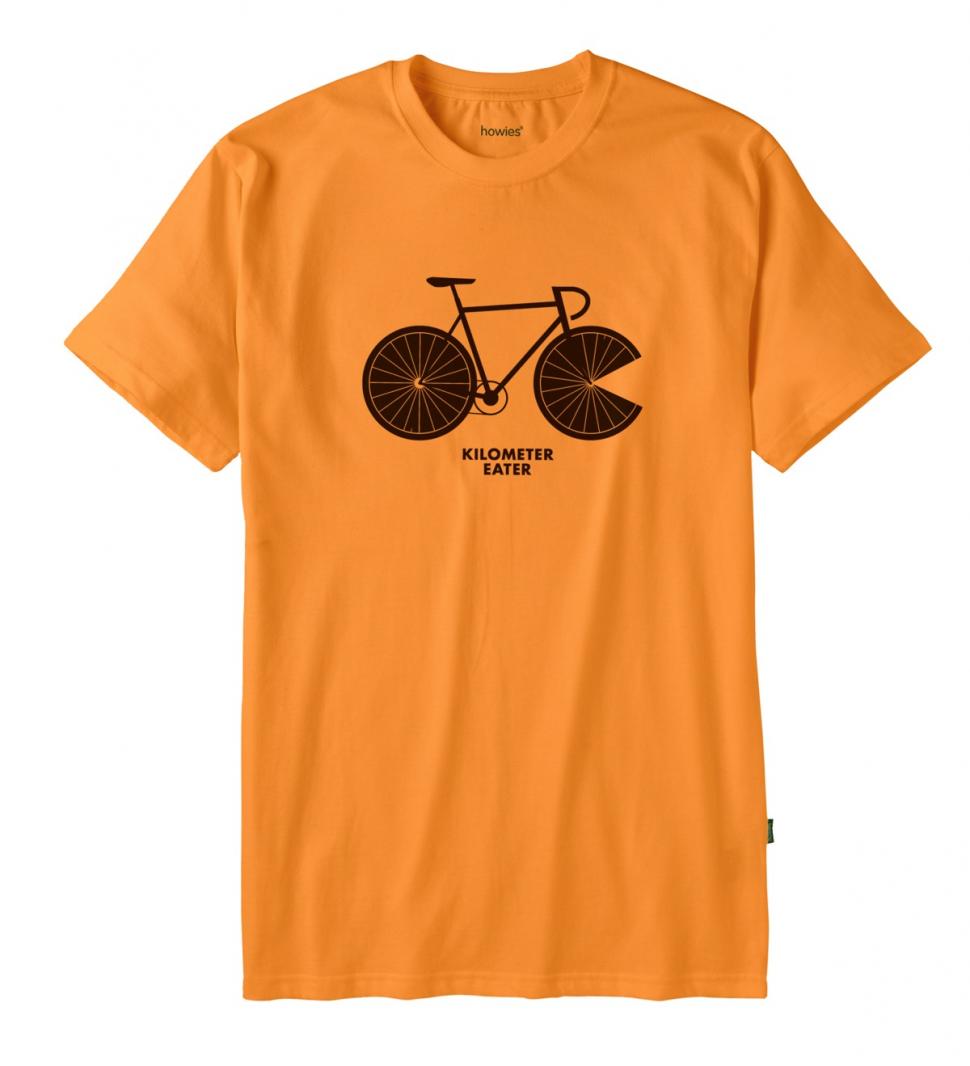 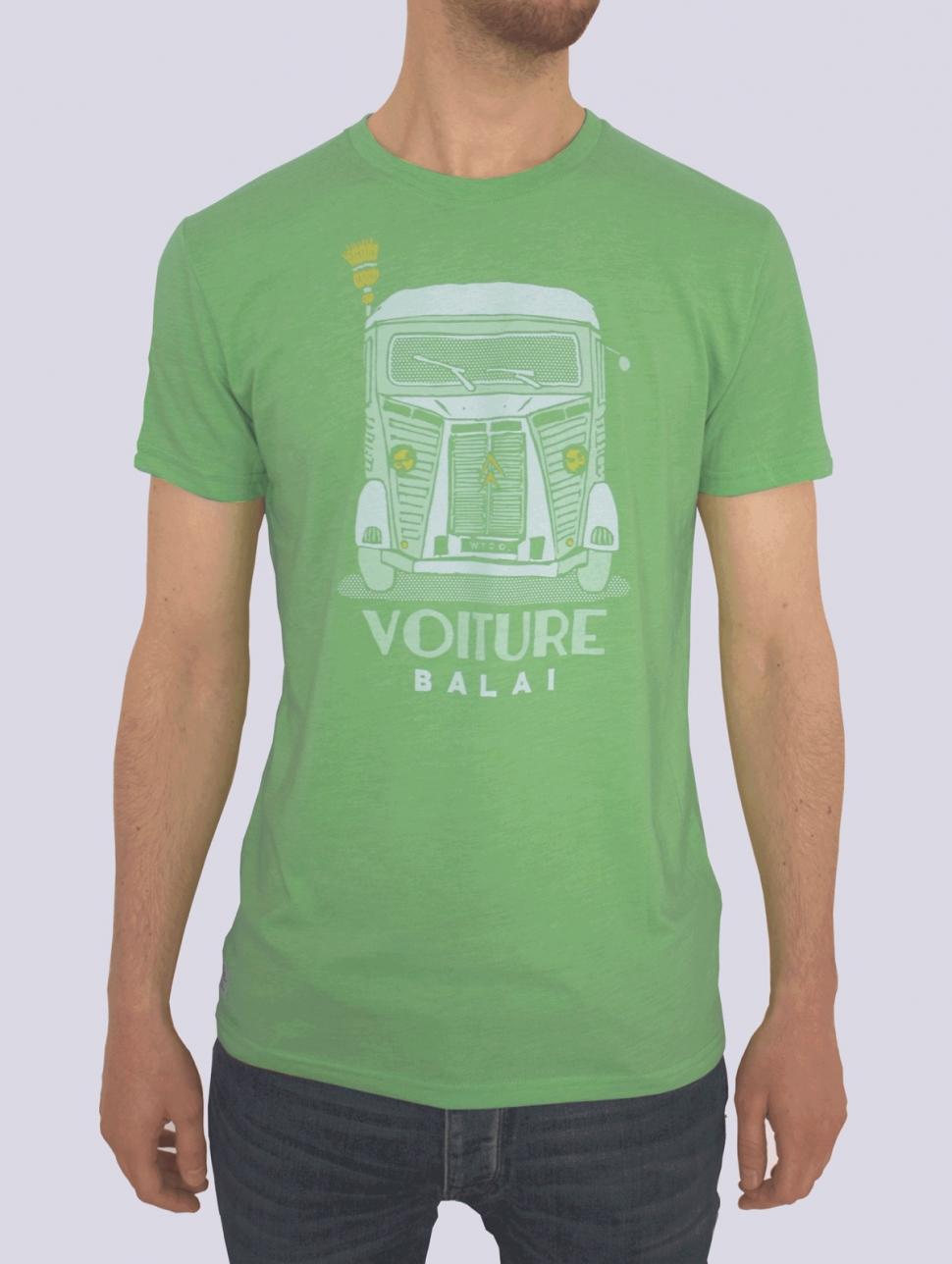 The Voiture Balai T-shirt will separate those who are in the know from those who aren’t. It’s what the French call the broom wagon. 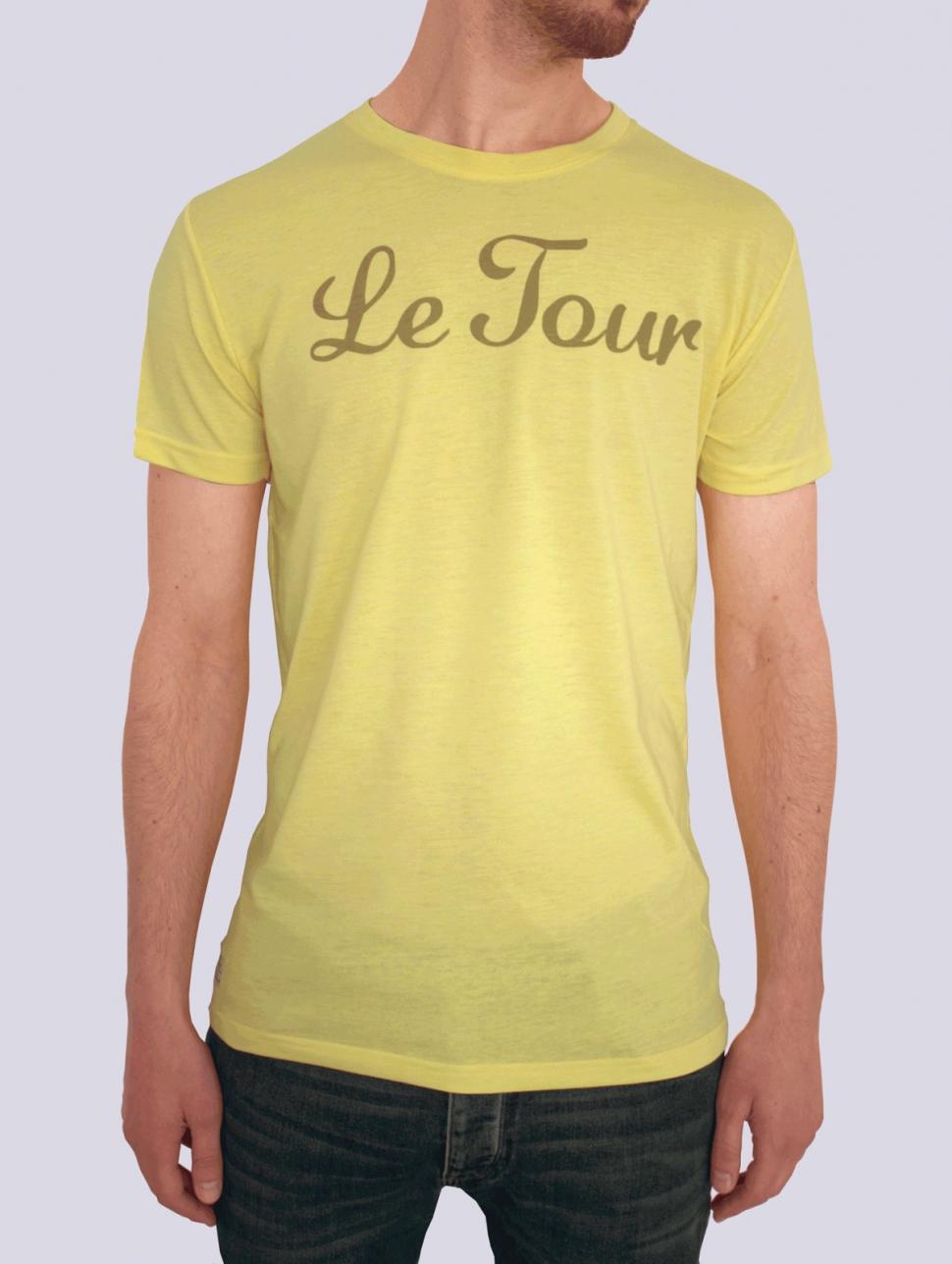 The Le Tour T-shirt is a lot more self explanatory. 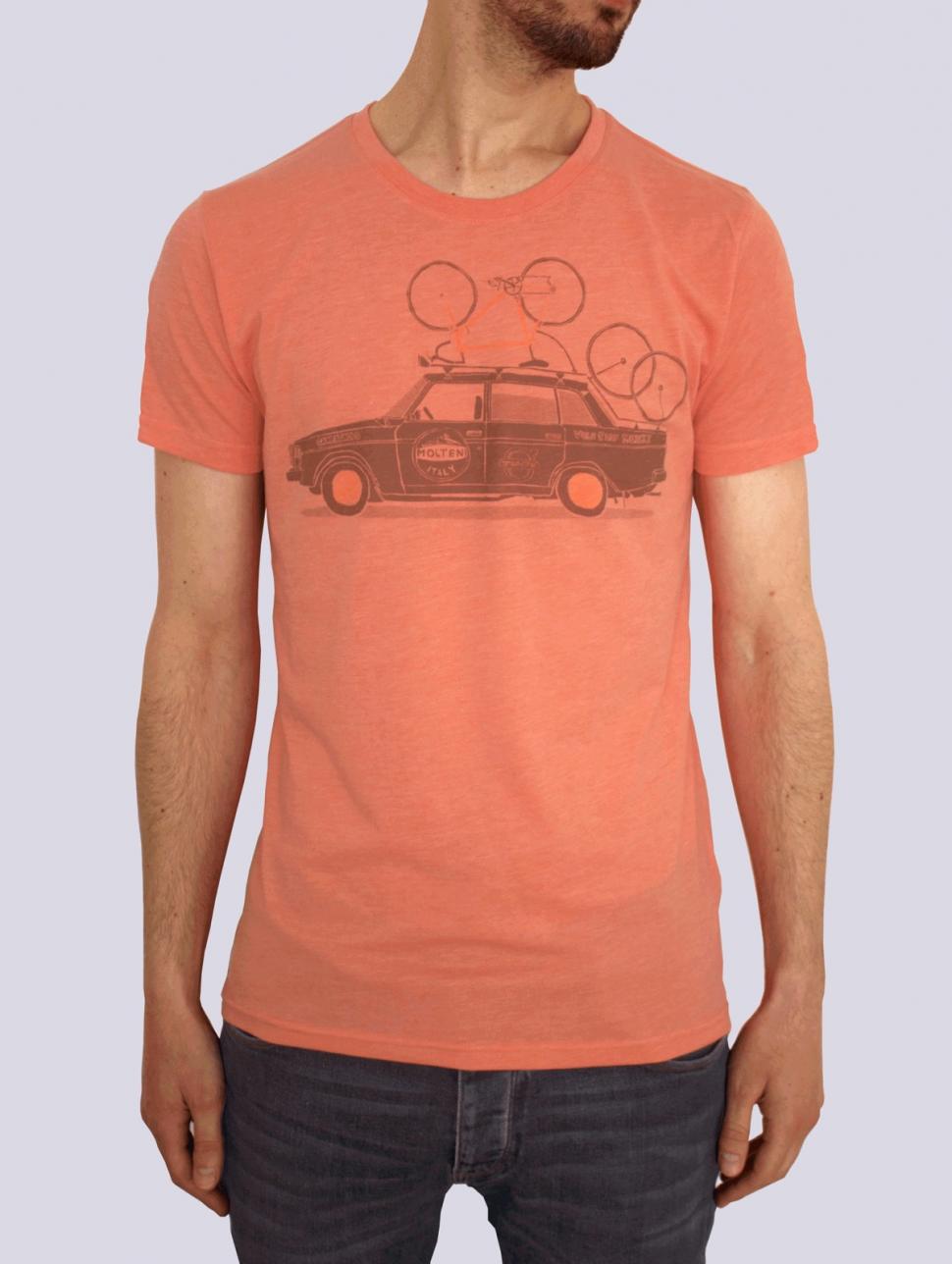 And so’s the Team Car design.

They're printed in Whitstable T-shirt's own workshop on slim fitting polycotton blend T-shirts. All are priced £23.99. 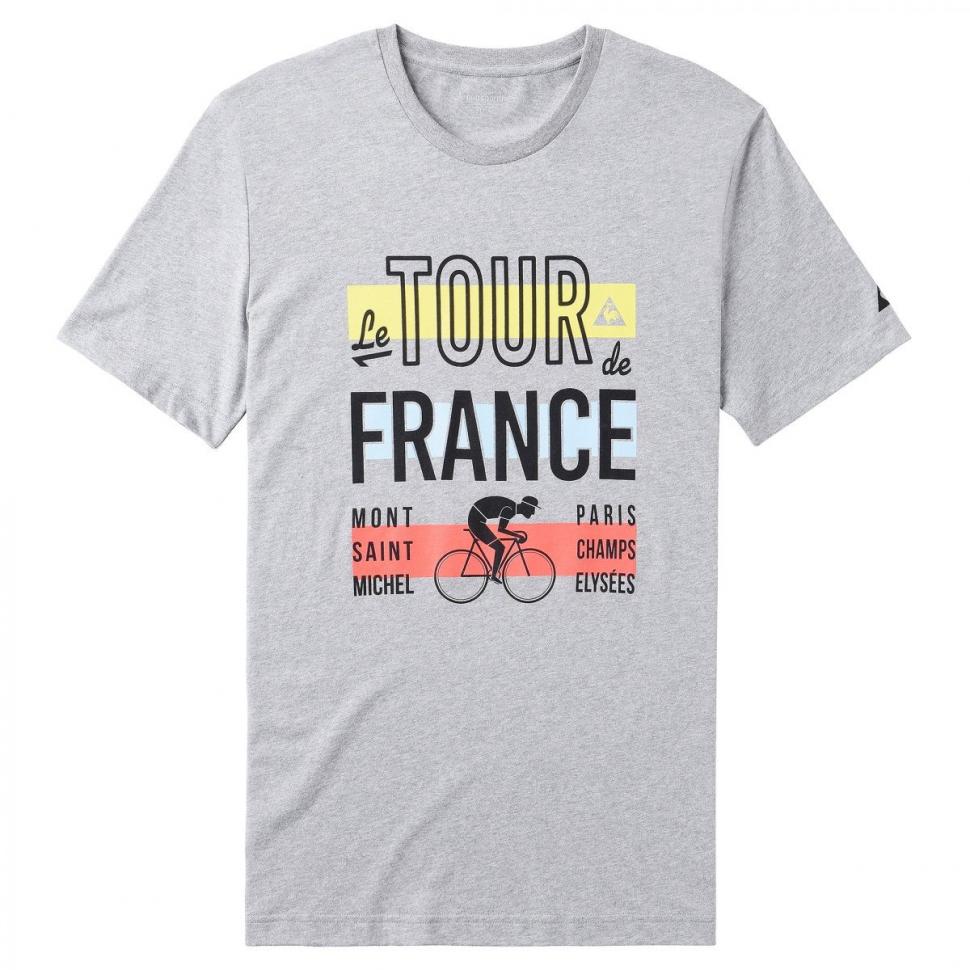 Vulpine’s Breton T-shirts (£39), available in various colours for both men and women, are bestsellers at the moment. 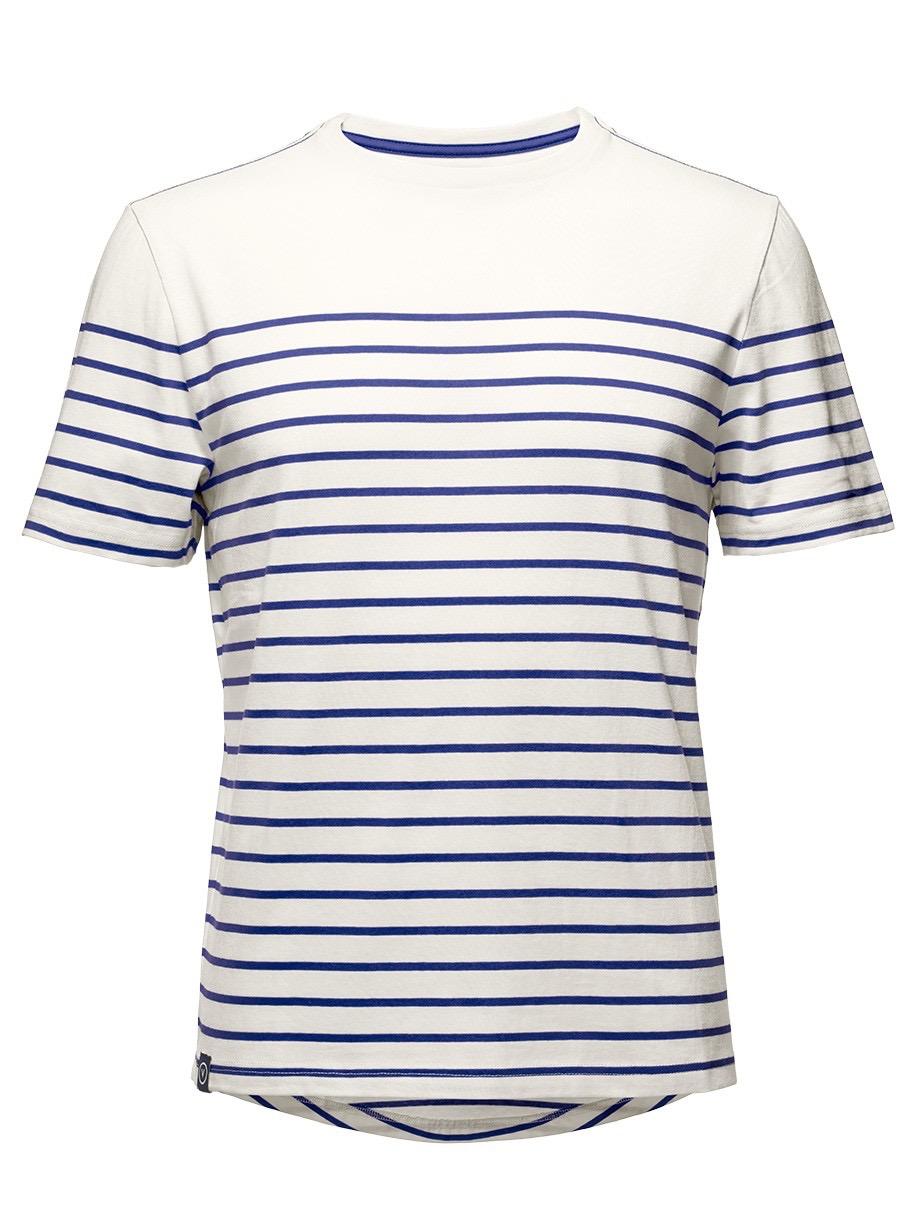 These are made from a lightweight Dri-Release cotton that’s designed to wick away sweat and odours, and they’re intended for use both on and off the bike.
Vulpine has silk T-shirts coming out very soon for high summer.
www.vulpine.cc 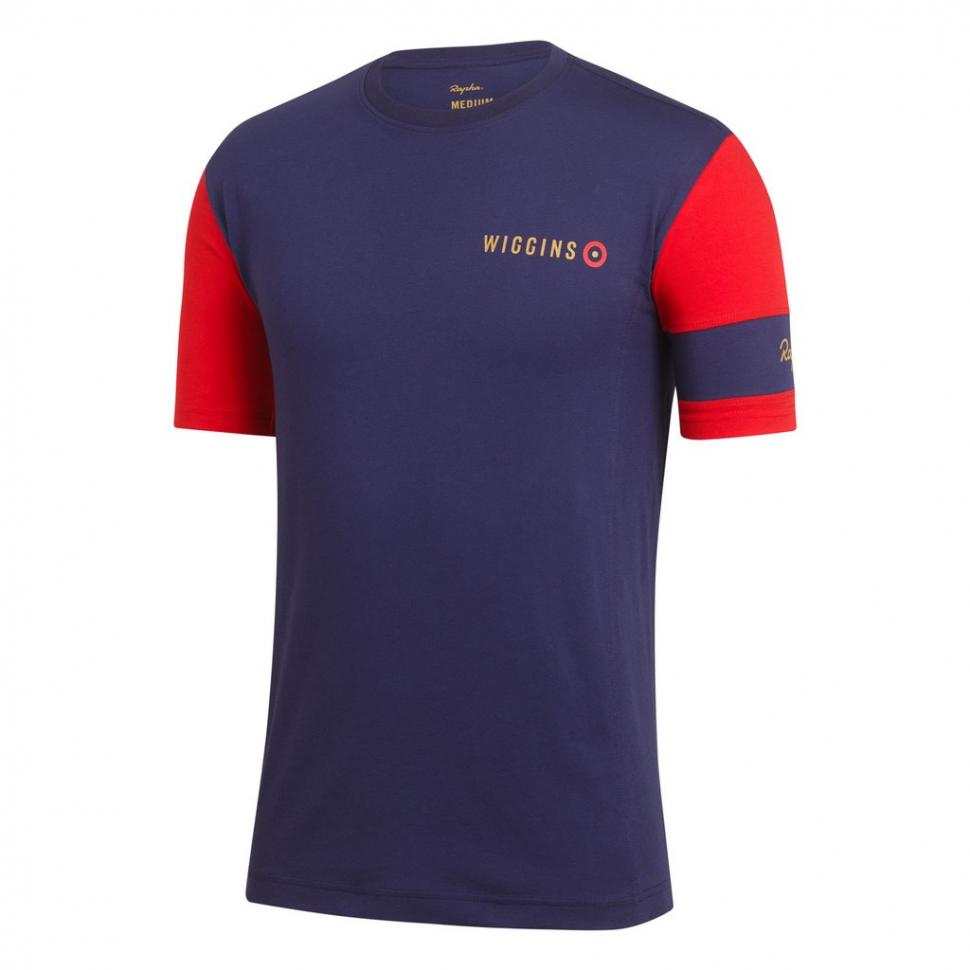 A slim-fitting Team Wiggins Supporter T-Shirt (£30) is due from Rapha in June. 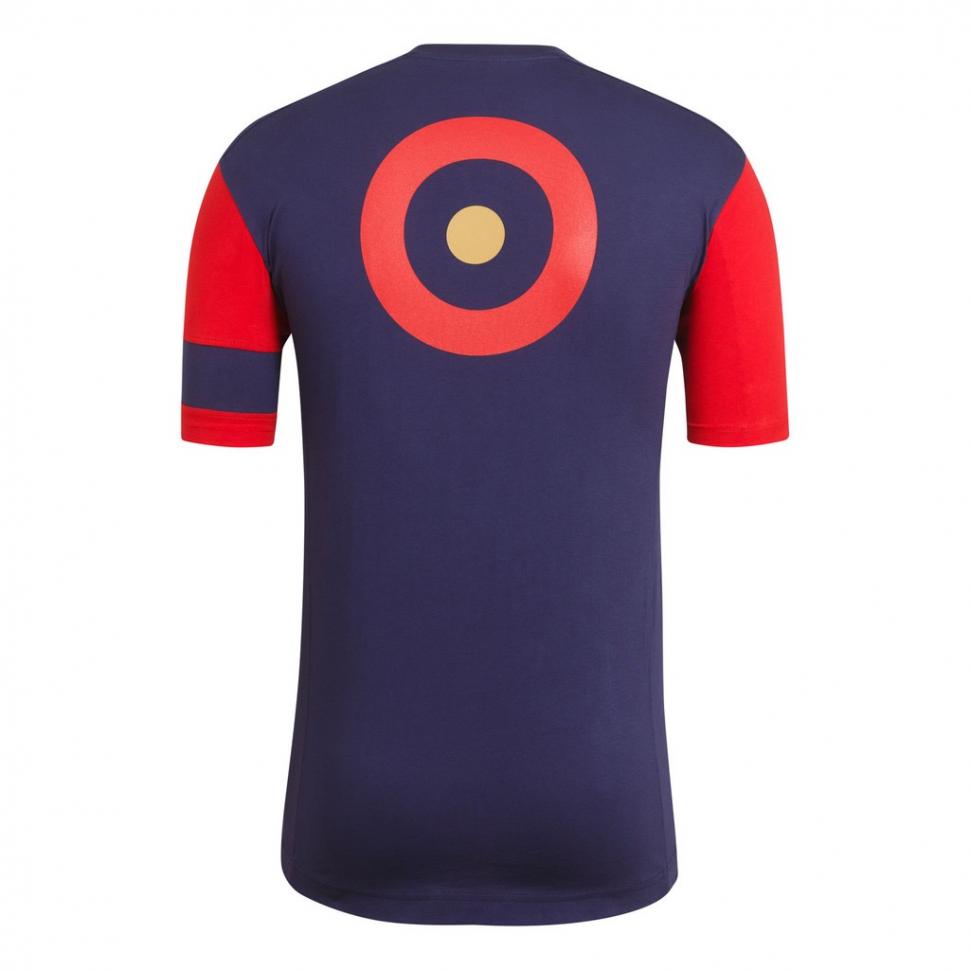 It’s fairly subtle at the front, a bit more in yer face around the back.