Sunny weather has arrived, winter clothing is being packed away, and news reaches us of the new Hammer direct drive trainer from CycleOps, the company most famous for its PowerTap hub-based power meter.

Direct drive trainers involve removal of the rear wheel and the bicycle clamped directly into the trainer. This style of trainer offers a more realistic road feel, due to a much larger flywheel than a regular turbo trainer, rock solid stability, and no rear tyre wear. Within the Hammer is a 20lb precision-balanced flywheel and “fast responding electromagnetic resistance” which results in a “direct  drive trainer with rapid response resistance, maximum power and the sensation of rolling on smooth asphalt.” The Hammer is rated up to 2000 watts at 20 mph and it can stimulate 20% gradients.

With this fifth generation trainer, CycleOps has aimed to deliver extensive road bike compatibility and all the wireless standards needed to work with training applications like Zwift and TrainerRoad. To connect to any device or training software, the Hammer utilities ANT+ and Bluetooth 4.0 wireless protocols. 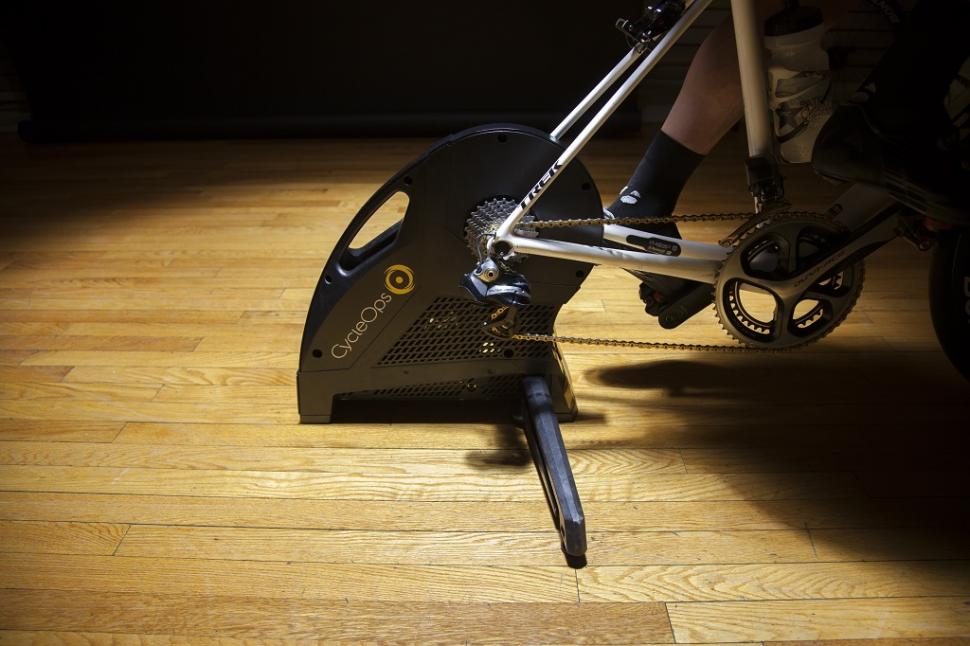 The Hammer is compatible with most common road bikes, even 142 and 148mm wide thru-axles, as well as more common 130 and 135mm width rear axles. The Hammer has a Shimano splined freehub compatible with 8 to 11-speed Shimano cassettes. There is no mention of Campagnolo compatibility.

CycleOps claims it’s a quiet trainer, with a 64-decibel output at speeds of 20 mph. It’s also heavy weighing in at just over 21kg.

All this technology doesn’t come cheap, though, and at £1,100, it’s more expensive than Wahoo’s Kickr but cheaper than the Tacx Neo Smart.