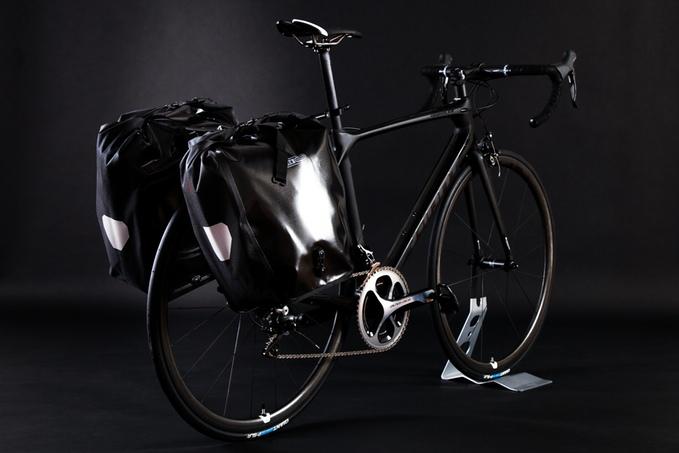 Turns out there is a market for a lightweight carbon fibre rack that can be fitted and removed easily to most road bikes even without rack mounts: Bristol-based company Tailfin has smashed past its £50,000 Kickstarter goal in just four days.

At the time of writing, the Kickstarter campaign is at £60,660 from 285 backers with 28 days to go. Impressive stuff indeed.

What's all the fuss about? Tailfin is a lightweight bicycle rack made from carbon fibre that has been designed to fit most road bikes, even a road bike that doesn't have any rack mounts. The top of the rack connects to the seatpost with a quick release lever, and the main supporting struts are connected to a longer skewer, which replaces the regular quick release skewer in the rear wheel. 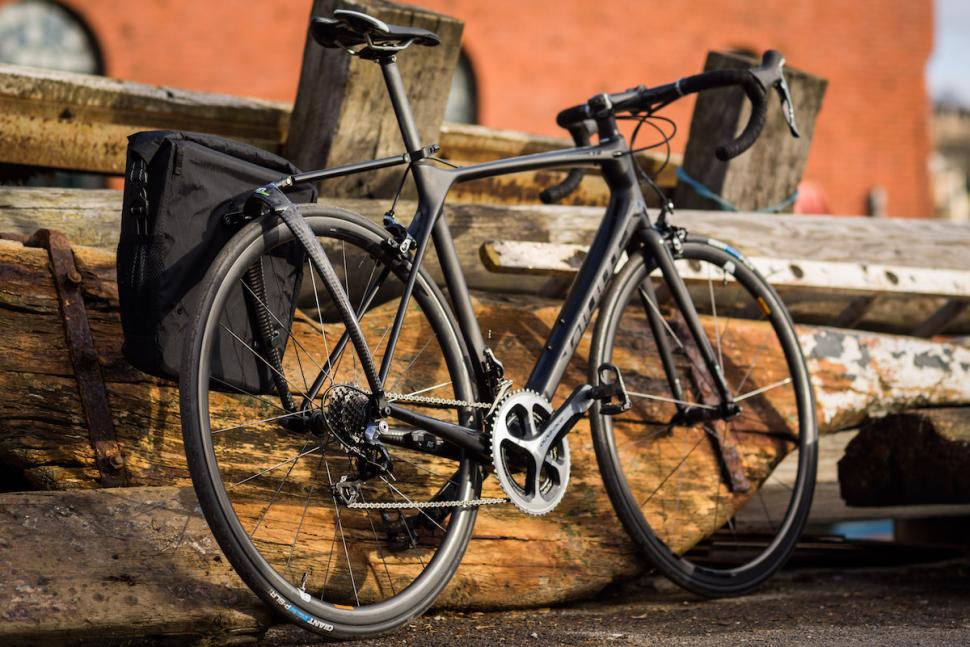 There's a thru-axle version in the works as well, for the many disc road bikes that feature this new axle standard. There is a weight limit of 18kg which does mean it's not suitable for lugging a tent and weeks of supplies for an around the world adventure.

But we'd hazard a guess that most people interested aren't worried about that, but instead are interested in being able to fit a rack to a typical road race bike that doesn't have rack mounts and using it for commuting to work or opening up longer day rides with maybe an overnight stop. Think credit card touring.

As well as the rack, the company has also developed its own panniers, though regular panniers are also compatible with the rack. The panniers, like the rack, have been designed with weight in mind and come in at a claimed 600g. 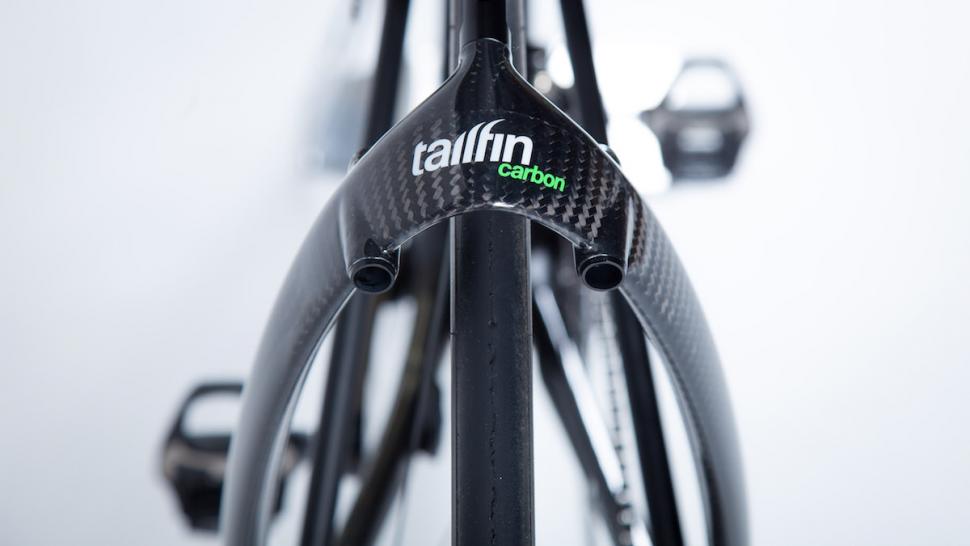 The panniers feature a rigid backbone to provide support, with a roll-top opening and made from a waterproof material. Each pannier has a 24-litre capacity and is large enough to take a 17in laptop, making them ideal for commuting.

“Creating a light and elegant product was important, but it was critical that the product function was as also better than existing racks & panniers,” says Tailfin founder Nick Broadbent, a cyclist and mechanical engineer. “Fundamentally, I wanted to enable every rider’s journey to be effortless, by designing the most advanced rack and pannier system ever. The aim is to ride fast, with more.”

You can still get involved by heading to the Kickstarter page here. The product is intended for delivery in October.