If you’ve been into cycling long enough, particularly mountain biking during its early years, there's a good chance the name Fat Chance is going to resonate with you. Last year the company made a revival with Chris Chance at the helm, and following the relaunch of its iconic Yo Eddy mountain bike frame, has just unveiled a fully updated Slim Chance steel road frame. 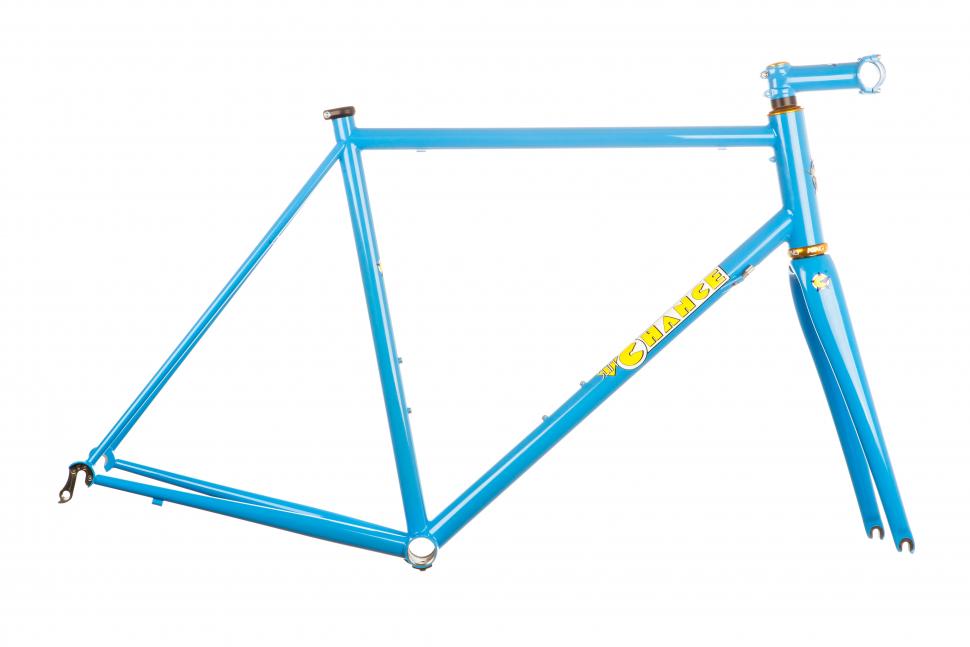 Chris Chance started building custom lugged steel road frames back in 1977 before founding the company Fat City Cycles in 1982 and producing frames on a larger scale - the company made 15,000 frames during a 20-year span. It's better known for its mountain bikes, the Yo Eddy is one of the most iconic bikes from the early days of mountain biking. 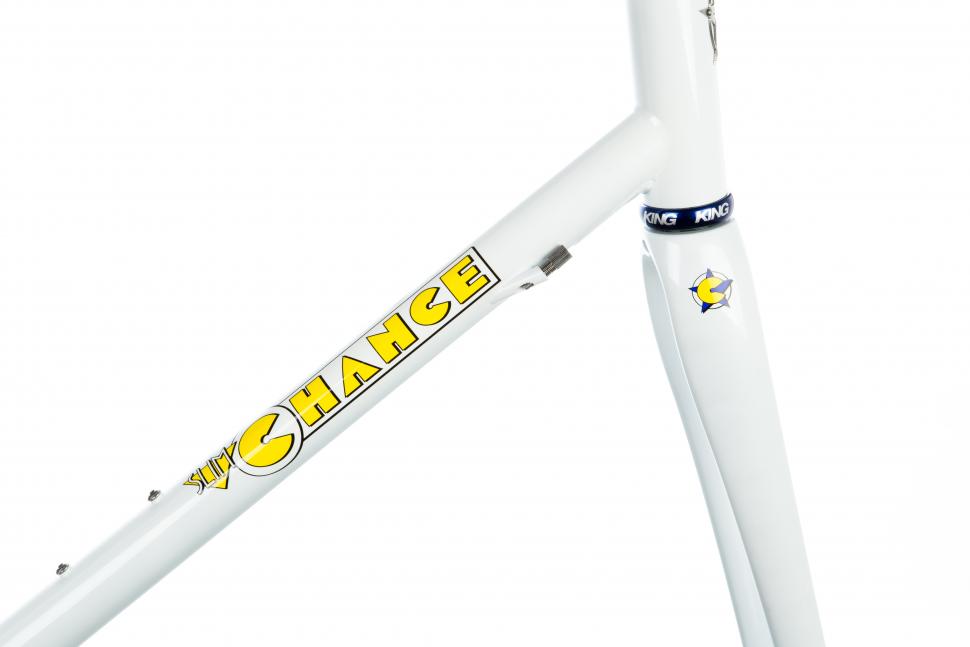 The Slim Chance benefited from the expertise that went into the company’s better-known mountain bikes and first launched in 1991. It was one of the first production TIG welded steel road frames at a time when most steel frames were steel made using lugs. “I got my start in framebuilding with road bikes," said Chris Chance in an interview with RoadBikeAction in 2012. "It was time to show the world what was gained from mountain bikes and bring it into the road bike world. Lugs look pretty - I should know, I spent lots of years filing on them to make them so-but they add unnecessary weight. Our mountain bikes were beautifully welded and very strong; why not make a road frame with the same technology? 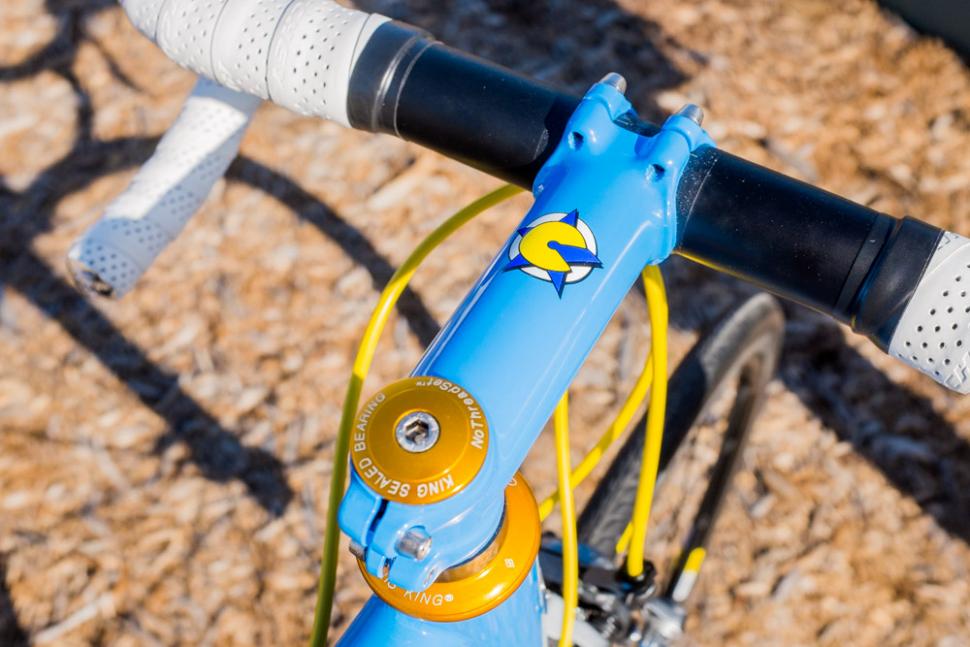 "I have always been drawn to and committed to doing all I could in building high performance into my bikes. TIG welding a steel road frame was totally in alignment with that idea, even though steel frames at the time were brazed/lugged construction."

For this brand new Slim Chance, Fat Chance has partnered with Stinner Frameworks to put it into production. As you’d expect, the new Slim Chance has been brought bang up-to-date, while still retaining some of the key features of the original. 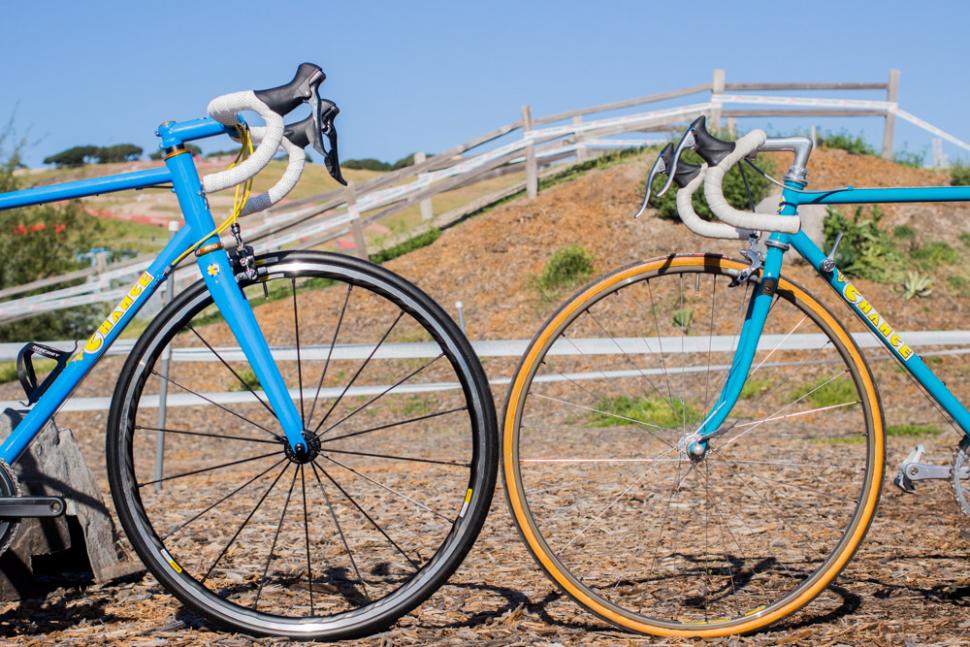 The tube profiles have grown in size, tubing is size specific, geometry has been updated, there’s an ENVE carbon fibre fork (a reworked version of the original Yo Road Fork is in the pipeline and will be offered as an option) and there’s a threaded bottom bracket. Other details include a pump peg on the head tube, space for 28mm tyres and a 27.2mm seatpost. The frame is made from True Temper OX Platinum tubing specific to each frame size, with a 44mm head tube accepting a Chris King IS7 headset. Gearing for Di2, EPS, eTap or mechanical can be specified, and there’s a choice of headset and stem colours to match the frame. Five frame sizes (XS to XL) will be offered.

The original graphics are used with a choice of four frame colours, each inspired by the original. The head badge is a laser cut version of the original in stainless steel.

A frameset (including ENVE fork and Chris King headset) will cost $2,295 and they’ll ship internationally for $200. Check it out at http://fatchance.bike/ And if you're wondering what the original Slim Chance looked like, take a look at this magazine review from 1991, posted on the Fat Chance website. And here's a really nice feature on a rebuilt 1992 Slim Chance.

1
Five cool things coming soon from Assos, BTWIN, Quintana Roo, Cadex and Iris
2
Near Miss of the Day 522: Land Rover driver in pointless close pass
3
eBay seller refuses to accept bike auction offer – says "would be unhappy if I sold to Scouser"
4
Police investigating cyclist Tony Parsons' disappearance confirm his body has been found
5
Near Miss of the Day 521: Close pass ... by a police van (plus how it all went a bit Kafkaesque afterwards)
6
Council has "no intention to enforce" parking restrictions in segregated cycle lane where cars are parked bumper to bumper
7
Fears new cycleway will lead to drunkenness, drug taking and 'naked selfies in the woods' (no, really)
8
Three Bora-Hansgrohe riders in hospital after driver crashes into training ride