Following the launch of the brand new Trek Domane SLR in Belgium last week, where I got to ride the bike developed with the help of Fabian Cancellara over some of the cobbled roads and bergs used in Tour of Flanders, this Ultegra-equipped model has arrived in the office for a proper test. 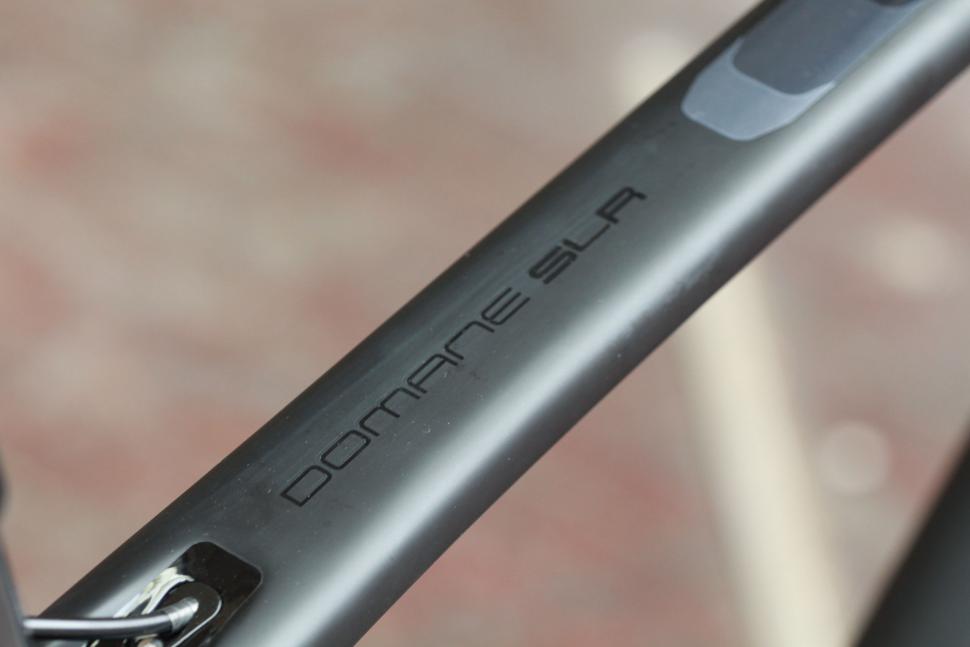 There are five bikes in the new Domane SLR range, and at £3,600, this Domane SLR 6 with Shimano Ultegra is the most affordable. This is the rim brake version - the disc bike isn’t quite available yet but we’ll be getting one of those in for review as well. The frame is constructed from 600 OCLV carbon fibre and features front and rear IsoSpeed decouplers, Bontrager direct mount brake calipers, space for 28mm tyres and discrete mudguard mounts. 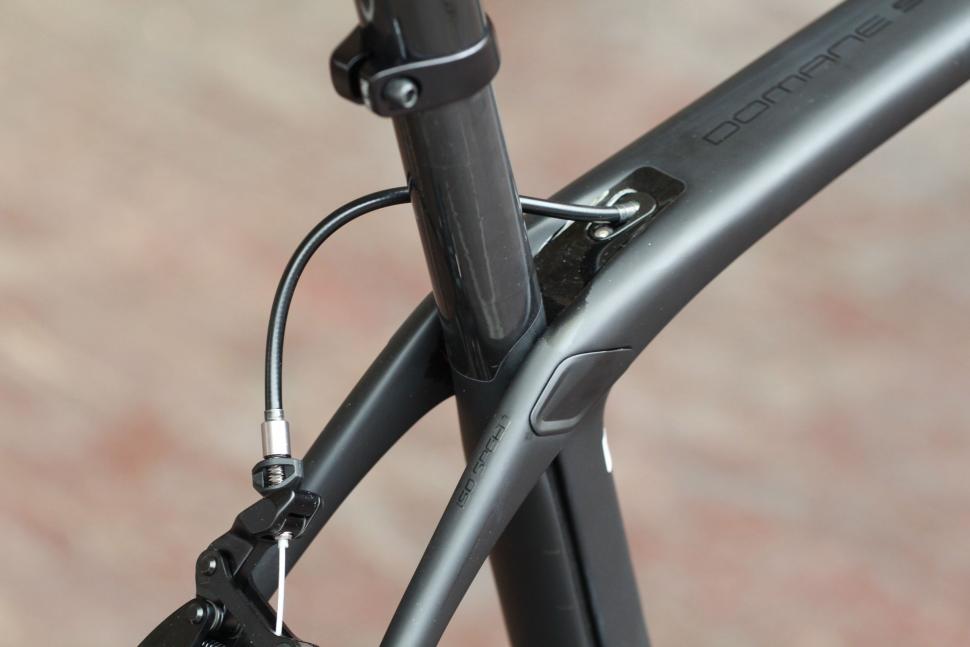 The IsoSpeed decoupler was the radical feature of the Domane when it first launched in 2012. Trek has since evolved the IsoSpeed and it’s now adjustable, with a sliding lever that allows you to tune how much compliance you want. 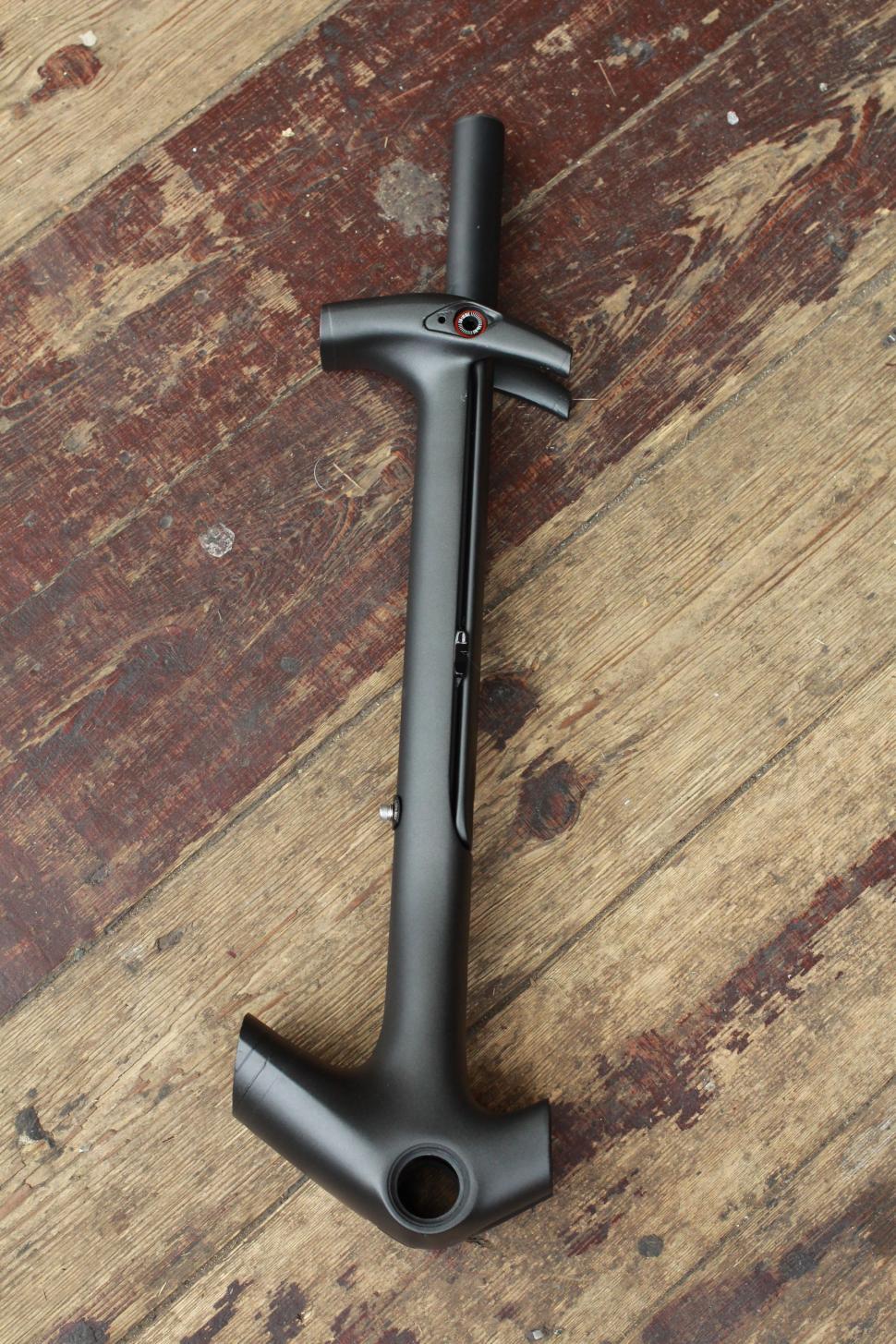 The updated IsoSpeed system works by allowing the seatpost, which is attached to the back of the new split seat tube, to deflect rearwards when you hit a hole or bump with sufficient force. On the old Domane, the entire seat tube was able to deflect rearwards. The aim of the new design is both to allow a wider range of deflection with the adjustability, to allow each rider to tune it to suit personal preferences or the conditions of the road, and also to provide a stiffer frame. 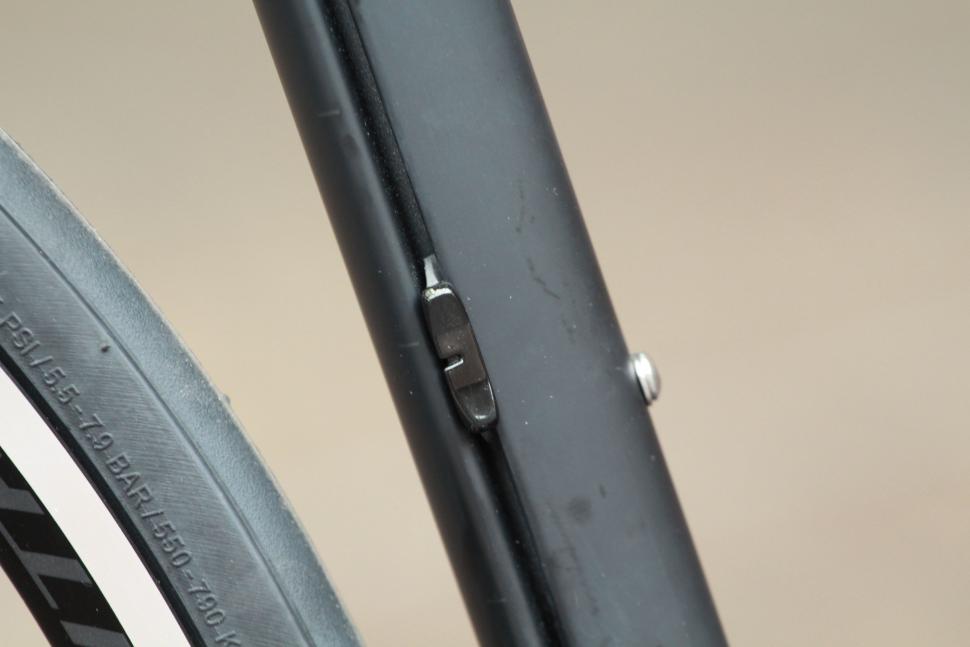 The previous Domane allowed a deflection range of about 35mm, depending on rider weight and other variables. The new bike increases that by a claimed 14% at its maximum setting with the slider pushed all the way to the bottom bracket. In the uppermost position you’re looking at a compliance level in the same ballpark as the Madone, and somewhere between those two points is the same as the old Domane. 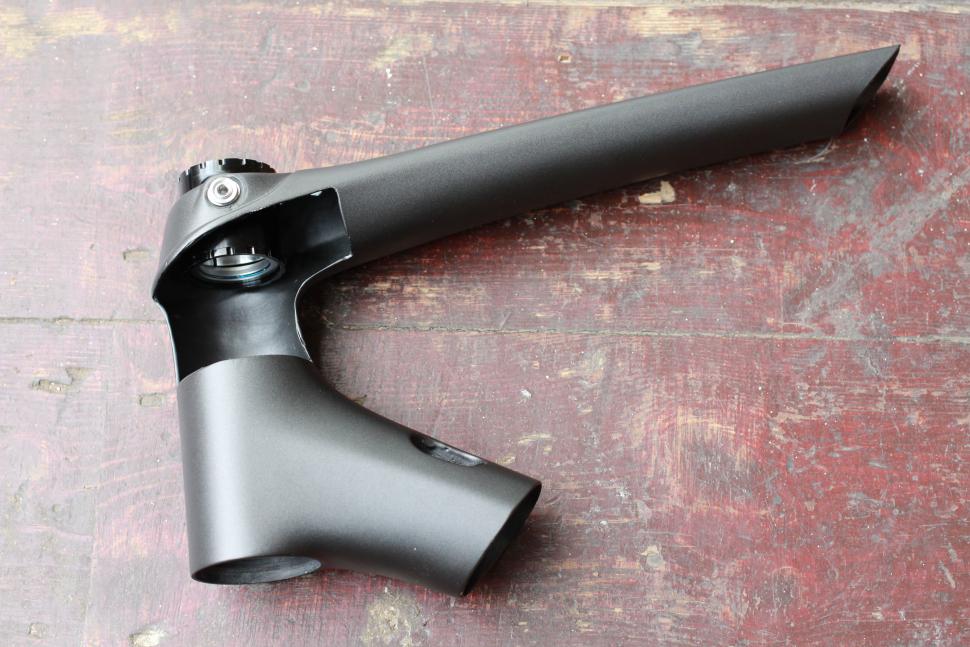 Trek has also developed a new fork that is actually stiffer than the old Domane fork, the bike instead relying on the flex in the newly shaped steerer tube to provide an increase in front-end compliance. The steerer tube is designed to flex along its length between the two headset bearings.

Trek claims the addition of the IsoSpeed decoupler at the front improves vertical compliance by as much as 10%. Stem length and rider weight will be a factor in how much the system deflects. 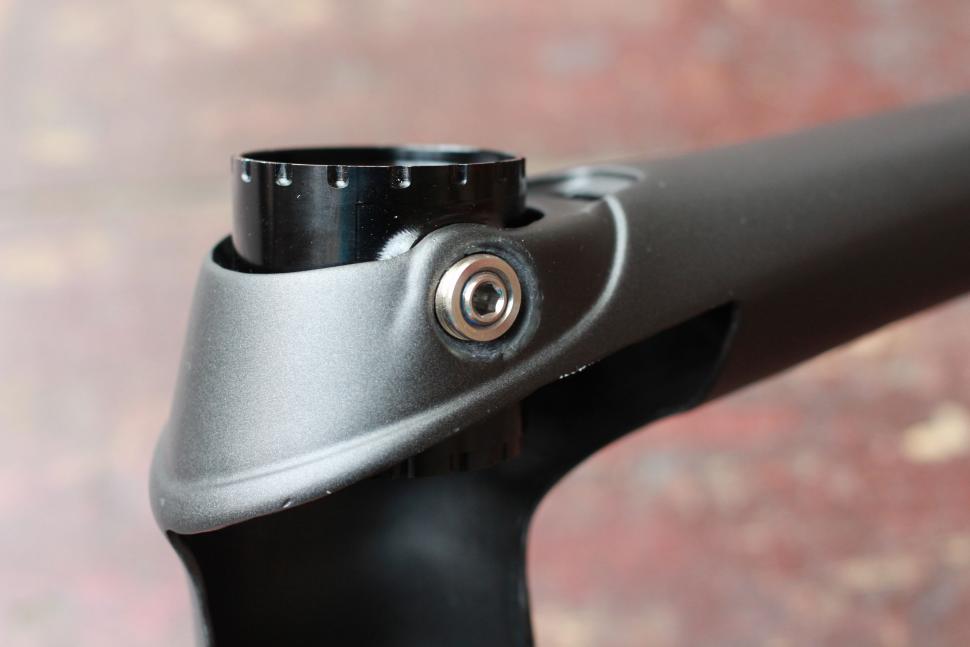 A large rubber flap sits over the top of the IsoSpeed decoupler to keep mud and water out. Trek has told us it bike has been extensively tested, but it'll be interesting to see how the bike deals with some British mud and rain over the coming weeks and months. 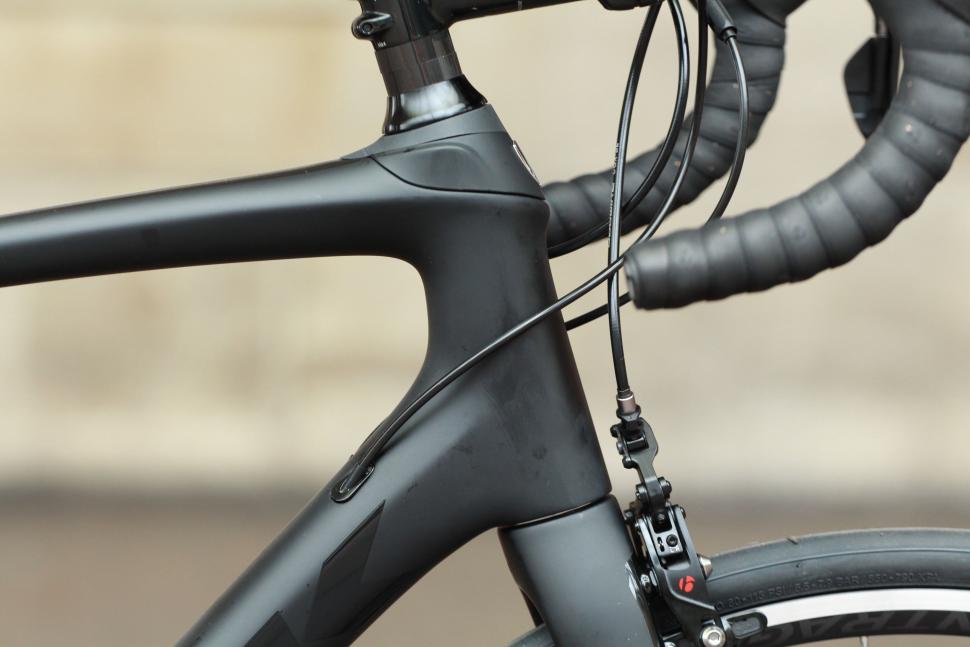 Further adding to the front-end compliance is the brand new IsoCore handlebar, which sandwiches a layer of rubber throughout the carbon fibre layup. It’s claimed by Trek to be good for dissipating vibrations by as much as 20%. It flexes anywhere you place your hands, from the drops to the hoods.

The handlebar will eventually be available to buy separately, and it could be a good pairing with one of the number of flex seatposts on the market if you’re looking to upgrade your current road bike. 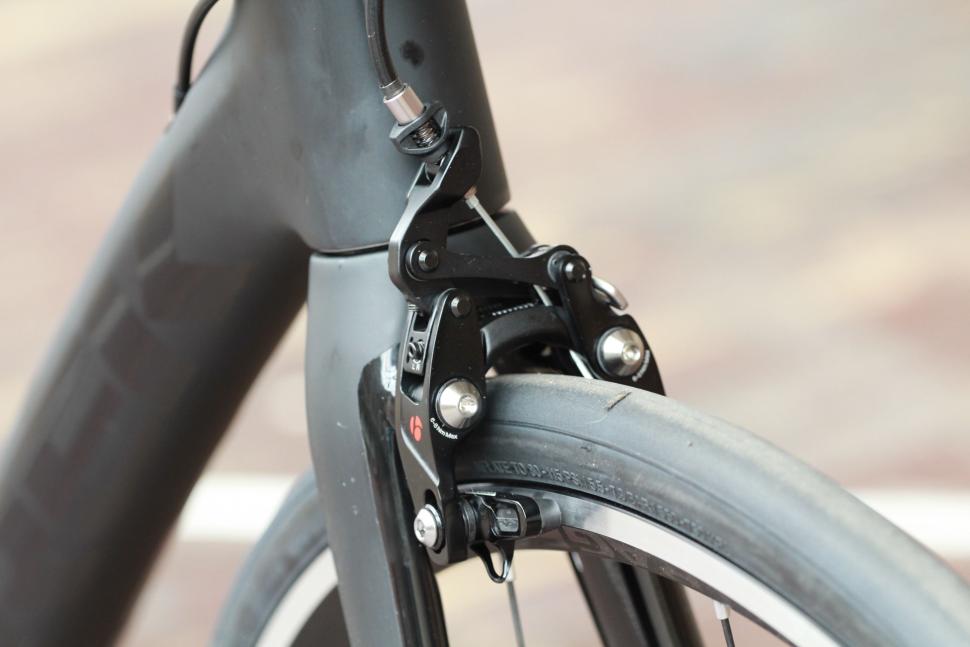 That’s the main tech out of the way, let’s take a look at what this bike offers for £3,600. It’s a Shimano Ultegra mechanical groupset with a compact 50/34 chainset and 11-28 cassette. The new bike uses Shimano’s direct mount brake standard but Trek has specified Bontrager Speed Stop brake calipers on this model. 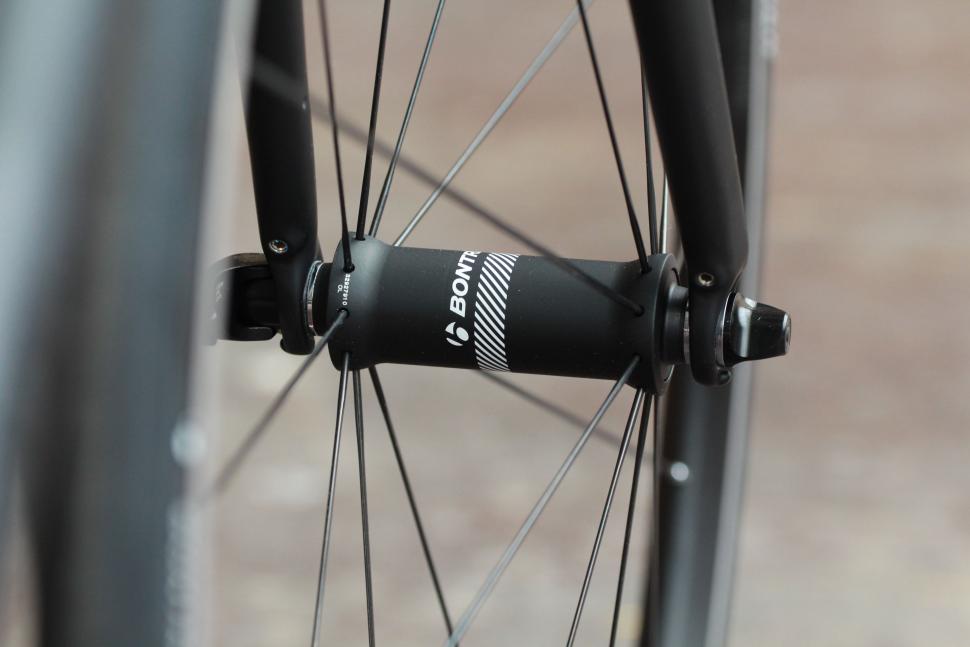 Bontrager supplies most of the equipment, too. The  Affinity Comp wheels feature an aluminium tubeless-ready rim and the tyres are 28mm wide R3 Hard-Case Lite 120tpi, but it’s a shame they’re not tubeless-ready - changing the tyres to some tubeless ones would be first on my list of upgrades if I was buying this bike. I'll be trying some different tyres anyway, and will see how wide it's possible to go, there looks to be space for wider rubber. 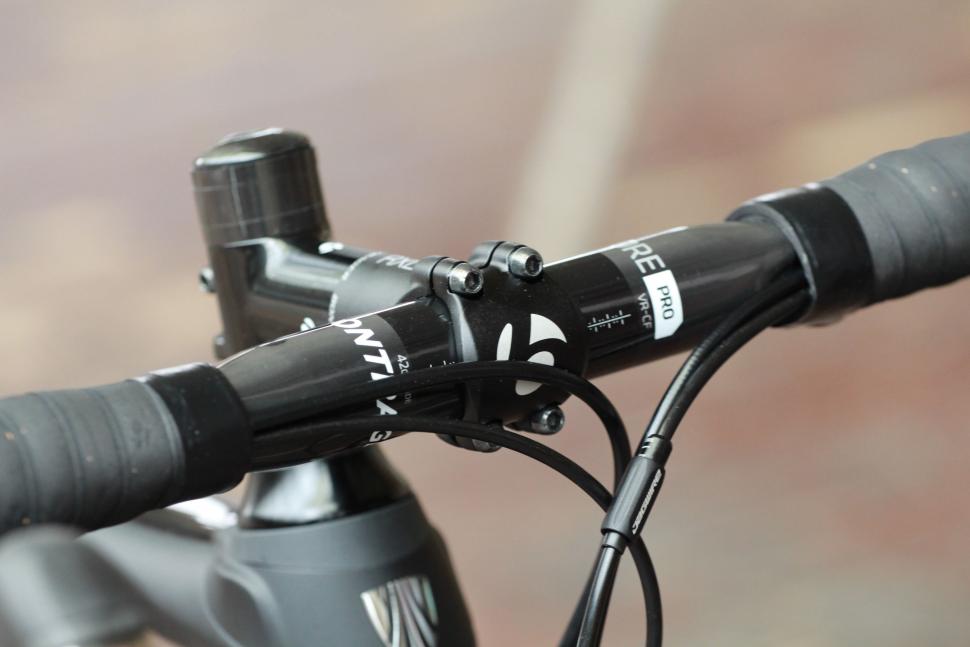 The IsoCore handlebar is held in place by a Pro aluminium stem and there's an Affinity Elite saddle with titanium rails. It’s certainly not the cheapest Ultegra bike we’ve seen, but you’re looking at a brand new bike packed with the latest technology here. Trek has a record of trickling top-end technology down to more affordable prices so it’s only a matter of time before the updated IsoSpeed and other changes become available lower down the Domane range. 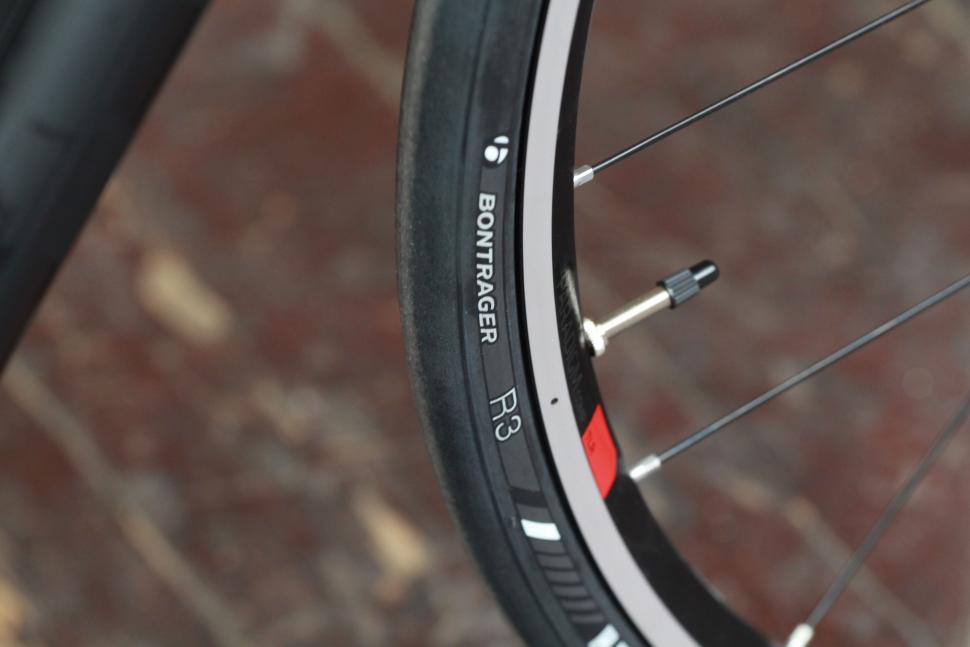 Unlike the Pro Endurance Geometry (H1 fit) of the launch bike I rode in Belgium, this Domane SLR 6 has a 30mm taller head tube, so it's not going to put your back out if you don’t spend 30-hours on the bike every week. There are seven sizes to choose from, the pictured bike is a 56cm and that means a 374mm reach and 575mm stack. Other numbers include a 175mm head tube, 1010mm wheelbase, 420mm chainstays, 80mm bottom bracket drop and a 71.9-degree head angle. 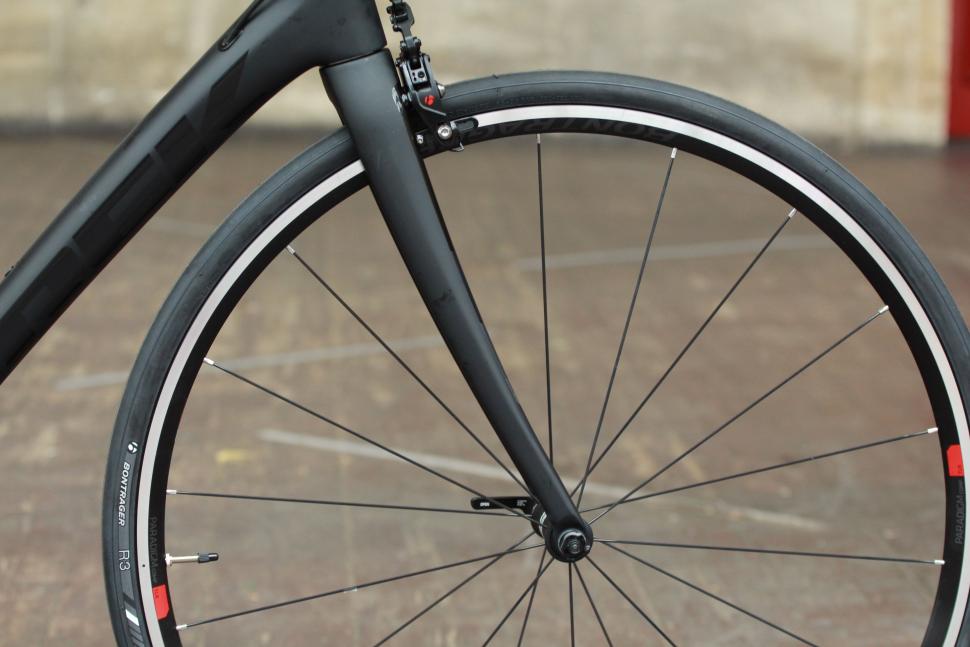 Watch out for a full review soon.

1
Journalist admits anti-cycle lane angle on London being named world's most congested city would “get more readers”
2
Cyclist fined £75 for riding outside London tube station – but park your bike there and it could set you back £50,000
3
Highway Code changes aimed at protecting cyclists to become law next month
4
Win! Hammerhead Karoo 2 cycling computer plus custom colour kit, HRM and bottle worth over £450!
5
Near Miss of the Day 673: “Way too close to ignore” – impatient driver brushes past cyclist
6
A lot of motorists really aren’t happy about impending changes to The Highway Code
7
Twin brothers in court charged with murder of charity cyclist in Scotland
8
Owner of van with spiked wing mirror claims it is to deter vandals, not harm cyclists