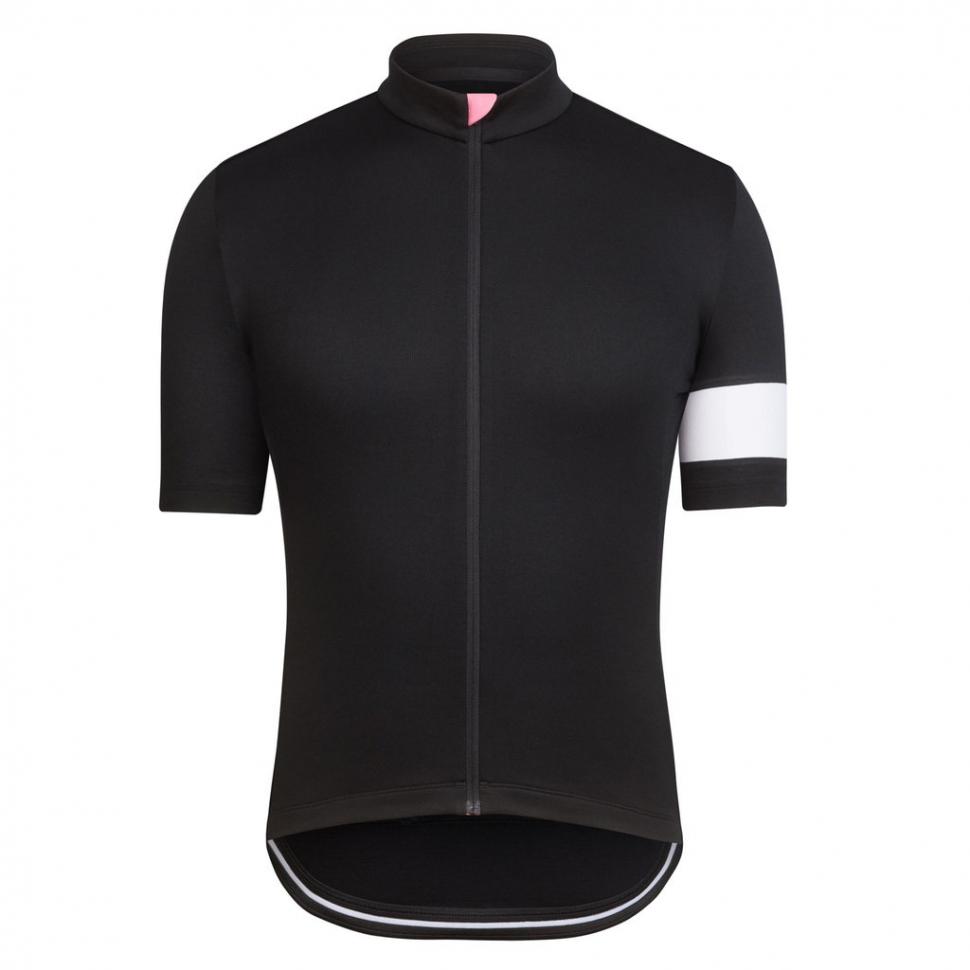 Lots of changes to Rapha's first jersey, but it's still made from merino and polyester
by David Arthur @davearthur

Rapha first launched the Classic jersey in 2004 (when it was originally known as the Sportwool jersey) and its simple design - black with a white band on the arm - and Sportwool construction has come to symbolise the London-based clothing brand. 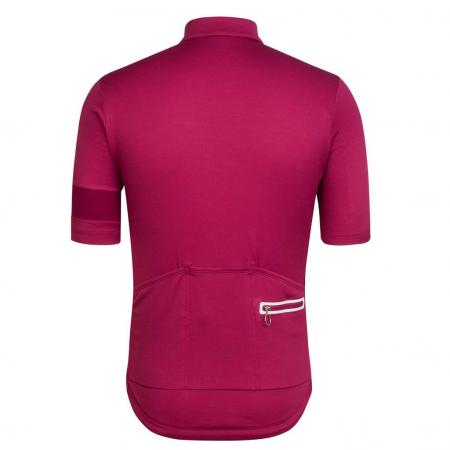 This was the company’s first jersey, the jersey that launched the fledgling brand into an unsuspecting cycling world. While the clothing range has expanded massively over the years, and it now sponsors a professional WorldTour team in Team Sky, Rapha has retained the elegantly simple jerseys that the company's early success was founded on.

And it introduced Sportwool to the cycling world. Most performance jerseys at the time then Rapha was founded were made from polyester, but Rapha introduced many cyclists to a jersey made from a mix of merino wool and polyester mix. At the time, I can remember quite a few people being sceptical about the use of wool in a cycling jersey, but over the years, many cyclists have become fans of Sportwool. It’s soft and luxurious feeling, resistance to wear and bad odours.

Updating a classic is never an easy task, though, but that’s exactly what Rapha has done. The new Classic Jersey II apparently features a dozen changes (one for every year since it launched) chief among which is a new lighter weight RPM150 fabric, the 150 indicating the grams per square meter.

Rapha reckons this new fabric, as well as being lighter, is more breathable and softer than the previous jersey. It’s still a wool and polyester fabric, though, 39% merino wool and 61% polyester mix.

It has also taken this opportunity to improve the fit of the jersey. It’s now a closer fitting and more streamlined jersey. Some sections (the front hem and zip opening) are now bonded together, rather than stitched. Why bonding rather than stitching? According to Rapha, this reduces weight and bulk. 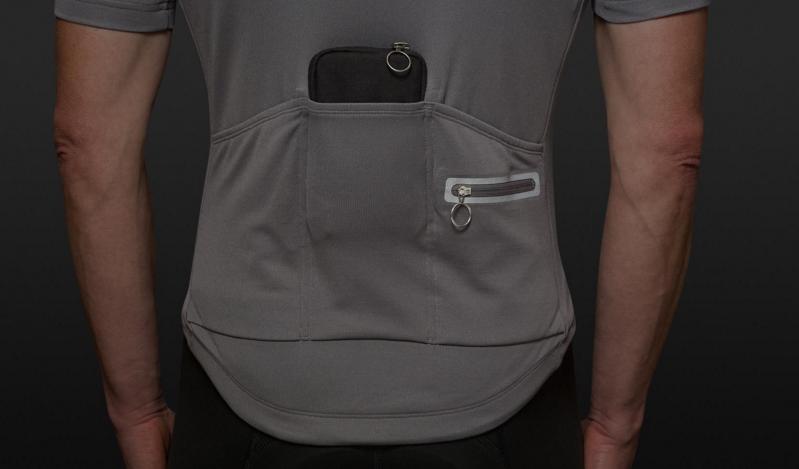 There are many other changes too, but we won’t list them all. One we like the sound of is the modified rear pockets, which Rapha says provide greater stability (so heavy contents don’t sag the pockets) and there’s a pump loop and stretch mesh in the valuables pocket. 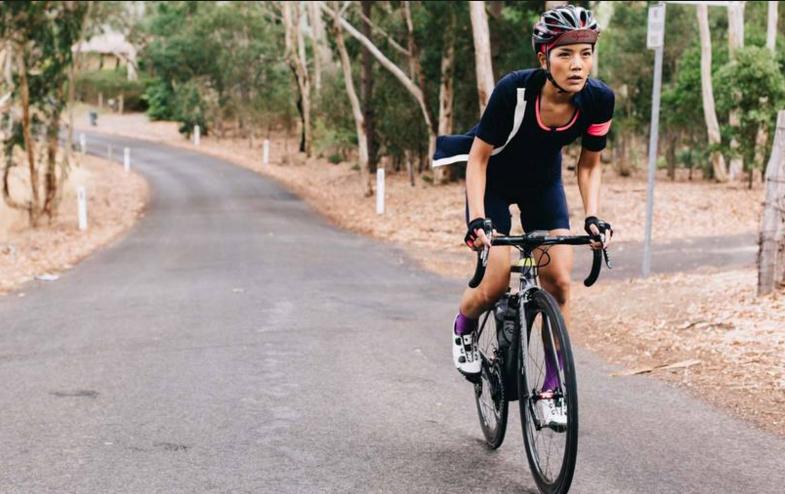 The new Classic Jersey II costs £110 and is available in a men and women’s edition, and a range of colours.

There’s also a Special Edition Classic Jersey II which is an all-black anniversary edition in, you guess it a plain black colour, including the iconic armband. It introduces some embroidered graphics on the back panel. 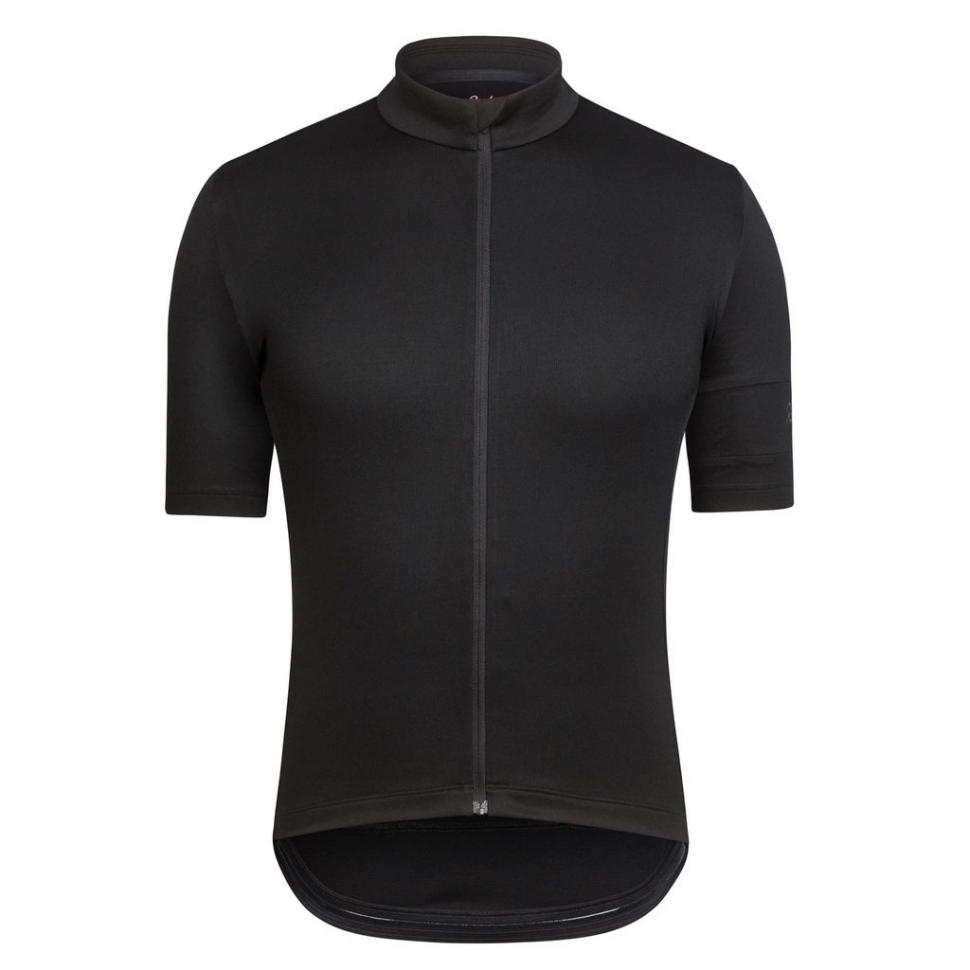 Not sure if the Classic Jersey II is right for you? Rapha has also introduced a new 30-day trial offer. You can test ride the new jersey for 30-days. If you don’t like it, you can return it.

Is there a video to go with this release? Course there is.