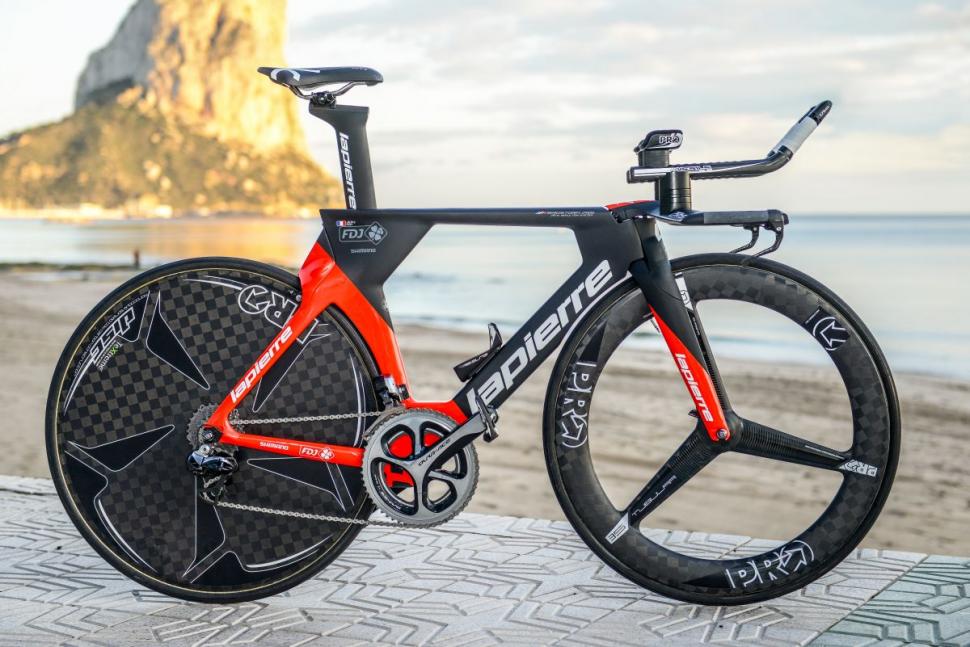 With the 2016 pro race season getting underway, we’re starting to see new bikes and equipment being revealed, and French bicycle brand Lapierre has just whipped the covers off its brand new time trial bike, the Aerostorm DRS.

The company has been busy. Last year it launched lighter versions of both the Xelius and Aircode, and now it’s turned its attention to updating its time trial bike. The Aerostorm has been in its range for a few years now but it’s been working with the FDJ professional cycling team it sponsors to find some improvements.

Naturally, it has focused on improving the aerodynamic performance. What else. Dubbed Drag Reduction System (DRS), it has followed the current trend for integrating the stem and handlebars into the top of the fork, so the cockpit sits flush with the top tube. It’s about reducing the frontal surface area, and getting the front-end lower as well.

Lapierre says the bike was designed using computational fluid dynamics (CFD) which pretty much every bike company uses now to develop a new frame, and then verified its findings with real-world testing at the Roubaix velodrome and on the road last autumn, with help from FDJ pros Steve Morabito and Thibaut Pinot.

All of these improvements are meaningless without any data to support the claimed improvements, and Lapierre hasn't offered any with the release of the new bike. We've contacted them to try and get a few more details. 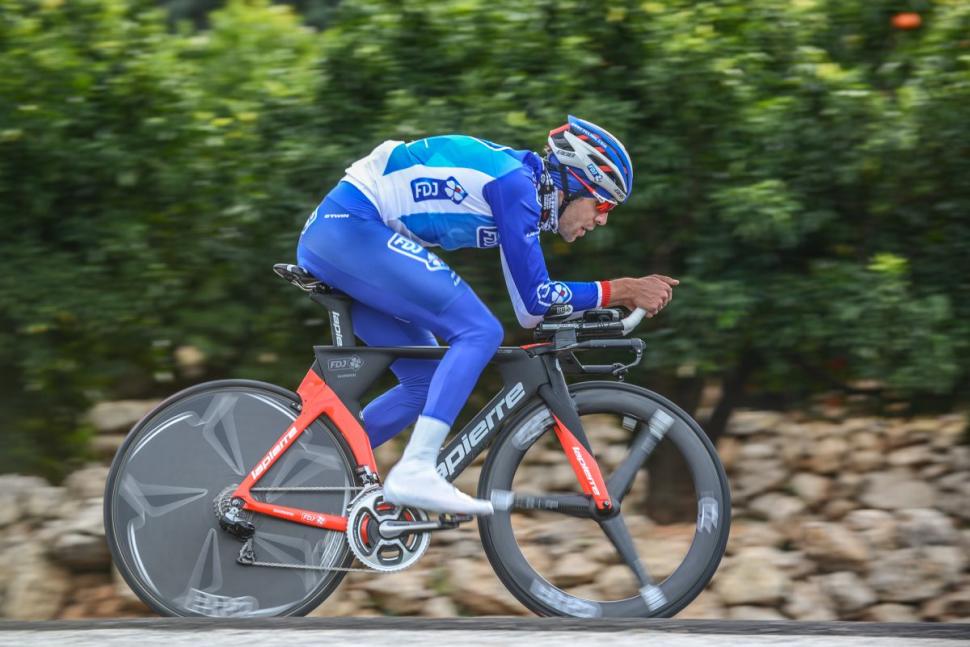 The frame also features the Trap Door Technology (TDT) first introduced on the Xelius SL last summer. This is basically a compartment in the bottom bracket for housing the Di2 battery. Lapierre reasons that as well as improving aerodynamics, it also keeps the weight low in the frame, which also contributes to the handling improvements. More on that in a bit.

To help the rider get the optimum fit and position, so important on a time trial bike, the cockpit is fully adjustable. There are three stem lengths (65, 85 and 115mm) and the seatpost offers up to 10cm of fore-aft adjustment.

As well as improving the aerodynamics, Lapierre has revised the rear triangle design and the result (and here it offers some numbers) is a 30% improvement in stiffness. It’s also lighter as well, and it reckons a size medium bike in FDJ specification (Shimano Dura-Ace Di2 with PRO wheels and finishing kit) clocks in at 8.1kg (17.86lb). That’s as light as some road bikes.

Other improvements, according to Lapierre, include a focus on improving the handling. It has overhauled the geometry and essentially it has sized the frames down, while stretching the top tube length and steepening the seat angle. These will be changes based on the FDJ team feedback no doubt, to help a rider get in a very compact and aerodynamic position, without being too cramped. Lapierre has also increased the length of the wheelbase, which should make the bike more stable.

While time trial bikes are all about going fast, you can’t overlook the importance of good brakes. Lapierre has developed its own centre pull brakes, with a narrow profile design to sit flush with the frame to reduce drag, while still providing improved braking performance over the previous Aerostorm. The front brake is position inside the fork and the rear brake is down under the chainstays.

The new Aerostorm DRS is expected to land in shops in autumn, and no price or range has been revealed for the new bike. More at www.lapierre-bikes.co.uk/aerostorm-drs-when-speed-means-everything