HED wheels have often been the choice of professional cyclists at the most important races, even though they might not always have been officially endorsed. For the 2016 season Tinkoff, the team of Alberto Contador and Peter Sagan, has signed up HED as an official partner for its time trial wheels.

Tinkoff will continue to use Roval wheels, supplied by Specialized, for all regular road stages. But for races against the clock, and this year’s Tour de France features two time trial stages, it’ll switch to HED wheels. The team will have at its disposal HED’s GT3, H3 Plus, Hed Stinger Disc and Jet Plus Disc.

HED wheels have long been regarded as at the cutting-edge of aero wheel design, and it’s this reason that Tinkoff has signed up HED. “In our opinion and within our knowledge, HED provides the best, most reliable and aerodynamic time-trial wheels in the market,’ declares Ricardo Scheidecker, Technical Director of Tinkoff.

“Bearing this in mind, we believe we have the fastest time-trial wheels available, so we're definitely confident our riders will get that extra edge thanks to HED in this year's time-trials. We are proud to have a company with the level of HED as our partner,” he adds.

Founder Steve Hed, who sadly died at the age of 59 last year, influenced the design of most of the latest aerodynamic wheels that many of us now take for granted, such is the ubiquity of carbon fibre wheels. Hed was responsible for the toroidal bulged rim shape used by Zipp and a great many other imitators. 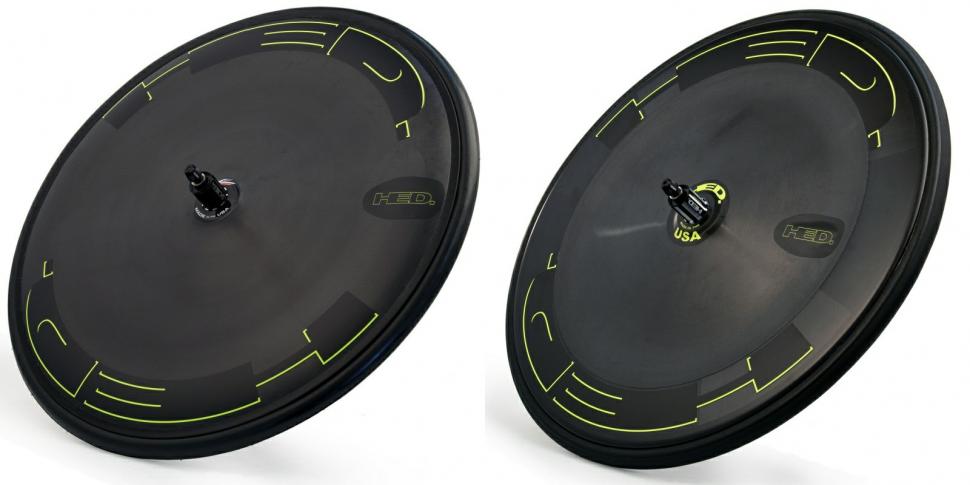 HED’s time trial wheel range includes the GT3, a three-spoke carbon fibre wheel that has been spotted in the professional peloton, often without decals, many times before. Sir Bradley Wiggins was spotted using them a few years ago.

There’s also the clincher version of that wheel, the H3 Plus, a brand new wheel launched for 2016. Clincher tyres are starting to find their way into the pro peloton - Tony Martin has raced and won on Specialized clincher tyres in the past - and these wheels feature a 25.5mm wide rim designed for up to 25mm tyres.

Out back the team will use either the Stinger Disc, a carbon tubular disc wheel with a conventional internal spoke construction, and the Jet Plus Disc, which we’ve definitely seen on race bikes in the past couple of seasons.

You have to look beyond the decals and closely examine the shape and profile to determine the true origin of the wheels sometimes, especially in a time trial when special equipment is usually rolled out.