A new carbon-fibre road bike designed to be lightweight and aero, with a Shimano Ultegra-based spec
by Mat Brett

The latest arrival here at road.cc HQ is the £2,300 Merida Scultura 6000 road bike that features a new lightweight frame and Shimano Ultegra components.

We told you last summer that Merida had redesigned its Scultura road bike range. The idea was to retain the stiffness and aggressive handling of the previous Scultura while dropping weight, improving the aerodynamic efficiency, and adding comfort by increasing the amount of compliance in the frame and allowing the use of 25mm tyres. Previously, there was only space for 23s. 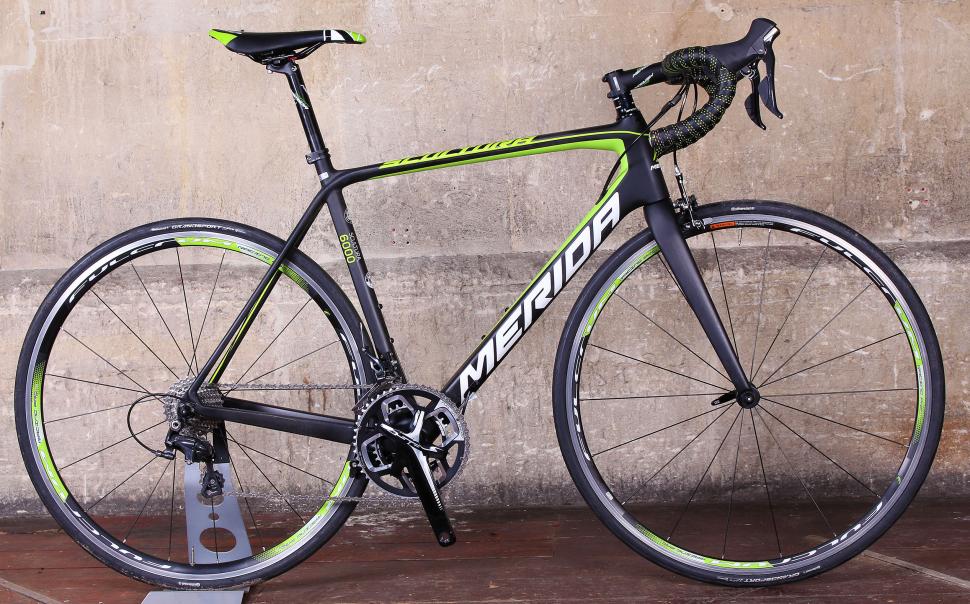 Merida makes a superlight version of the new Scultura frame that it says weighs under 700g. That’s the one used for the Scultura 9000 Ltd (£10,000) and the Scultura 9000 (£7,500). It also produces a version that weighs a claimed 750g and is significantly stiffer, and that’s the one we have here. The Scultura 6000 might not be exactly cheap, but it’s the most affordable Scultura with this new frame. 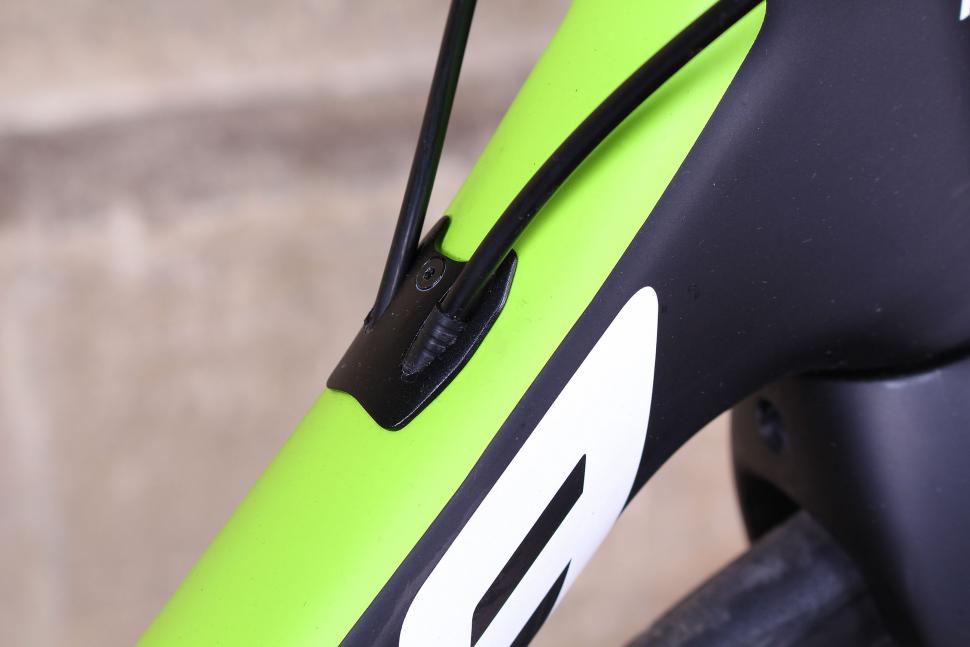 There are cheaper Sculturas in the 2016 range, down to the £1,350 Scultura 4000, but these ones use an existing design rather than the new one.

How has Merida dropped the weight? It’s all about the carbon-fibre layup, with material positioned to provide the strength where it’s needed for performance, and very narrow wall thicknesses where rigidity is less of an issue. 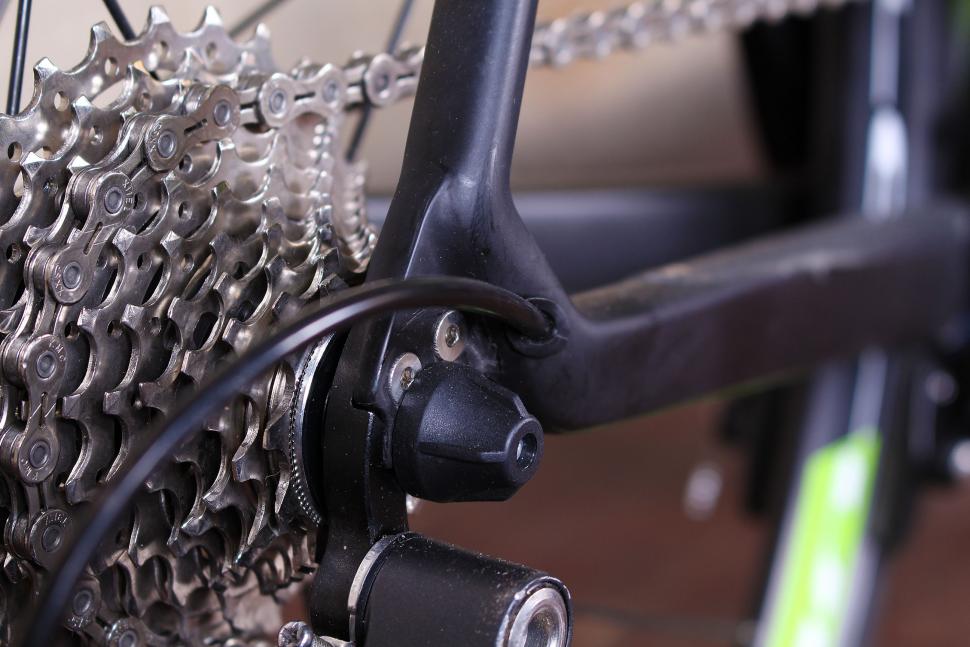 The frame is made using what Merida calls Nano Matrix Carbon. That means that the carbon is “enriched with special nanoparticles which strengthen the matrix of the epoxy resin”. The idea is that this increases impact resistance.

The Scultura also features a tapered head tube designed to stiffen up the front end for precise steering, and Merida’s Flex-Stays at the back that are intended to absorb bumps and reduce vibration for a smoother ride. 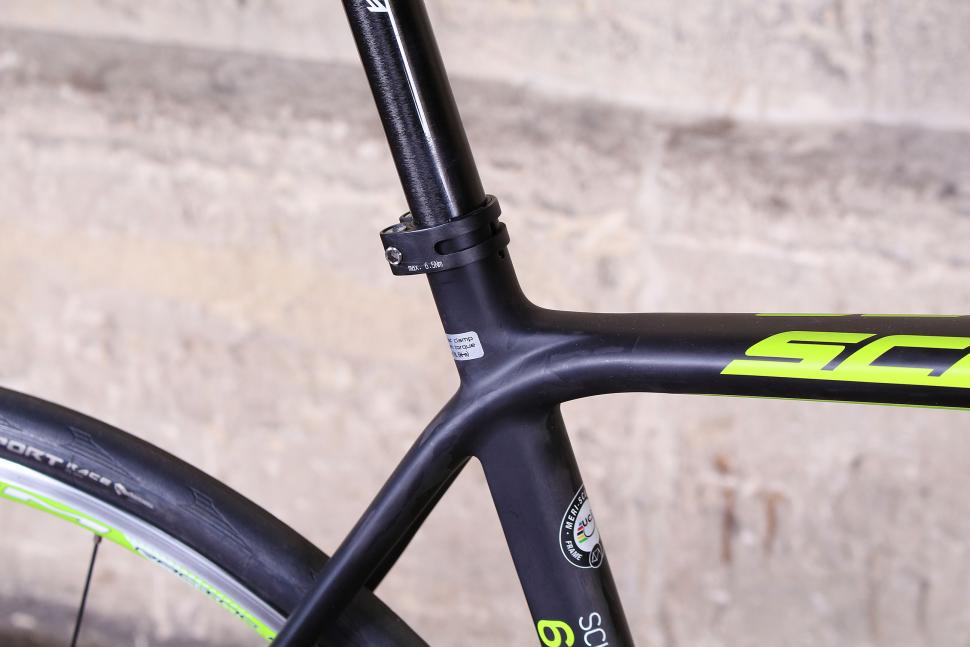 What’s new is that the Scultura now has tube profiles built for aerodynamics. Merida acknowledges that the previous generation Scultura was not very aero efficient; it wasn’t designed to be.

These days, though, aero is everything in the bike world, so Merida used CFD (computational fluid dynamics) and the wind tunnel (including a dummy with moving legs) to come up with a more slippery design.

The tube cross sections are based on the NACA0028 airfoil wing profile with a fastback trailing edge, meaning that the back of the airfoil profile has been chopped off square instead of tapering away gradually, the idea being to keep the airflow consistent without causing much turbulence.

Merida already does something similar on its Reacto range, although the Scultura’s tube profiles are cut off shorter than those of the Reacto to save extra weight. 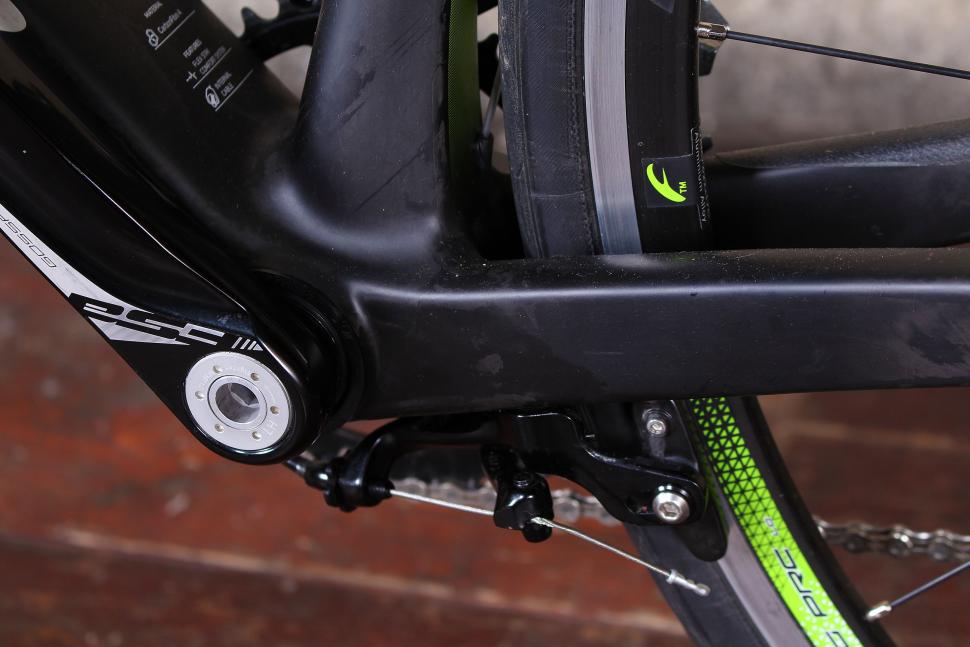 It’s not just in the tube shaping that Merida has sought to improve aerodynamics, the new Scultura features a direct-mount rear brake positioned beneath/behind the bottom bracket too. It must be said that some people prefer not to have a brake here because it’ll often get caked in mud from dirty roads. We’ll soon find out if that’s an issue. Moving the rear brake allows Merida to dispense with any connecting bridge between the seatstays. 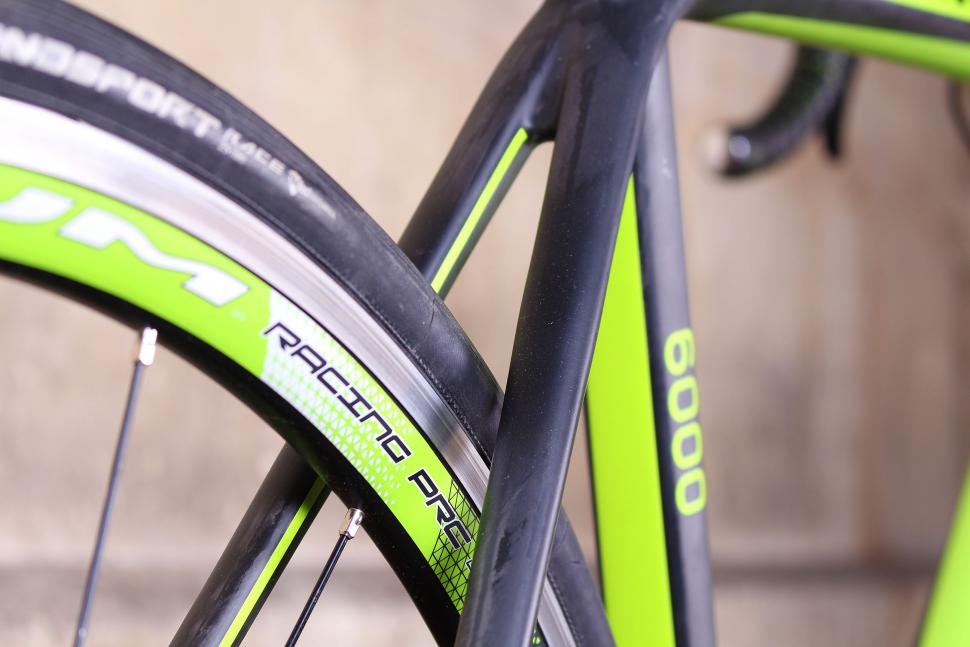 We’ve mentioned the Reacto aero road bike a couple of times. When we went to the launch of the Reacto Evo Team a couple of years ago, we got the impression that this was the bike Merida was backing as its race bike for nearly all situations bar cobbles, and that the Scultura would eventually be put out to pasture. It’s this new focus on aerodynamics that makes the Scultura more relevant again. 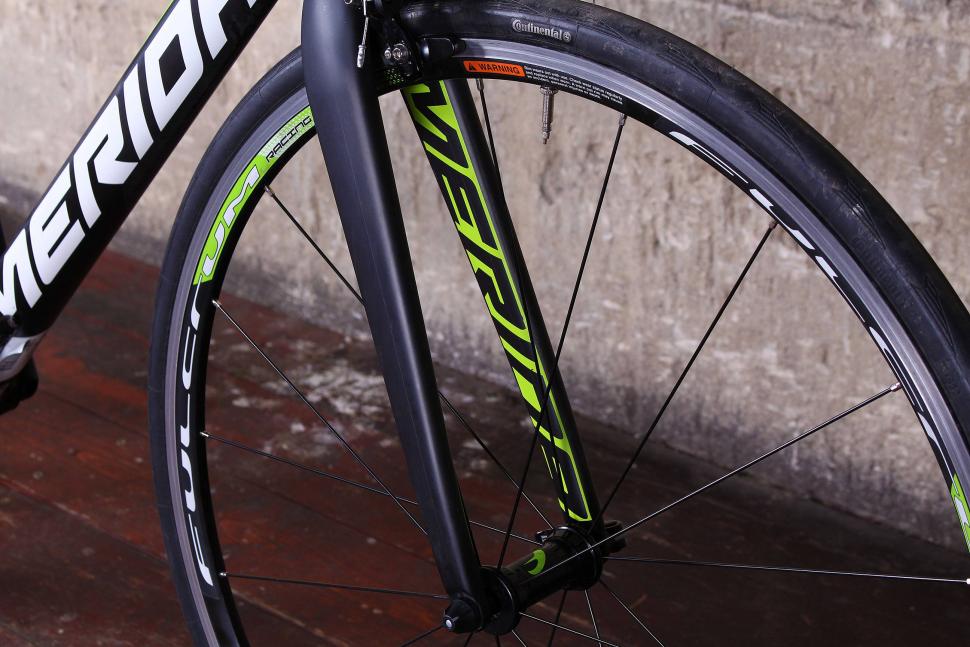 The Scultura 6000 comes with a full-carbon fork that features Merida’s Double Tube technology. This means that there’s a reinforcement rib inside the fork legs to increase stiffness.

The geometry is race orientated. We have the 54cm model with a 560mm top tube and a 155mm head tube. The stack (the vertical distance from the centre of the bottom bracket to the top of the head tube) is 557mm and the reach (the horizontal distance between those points) is 394mm. This means the Scultura puts you into a pretty low and stretched riding position. 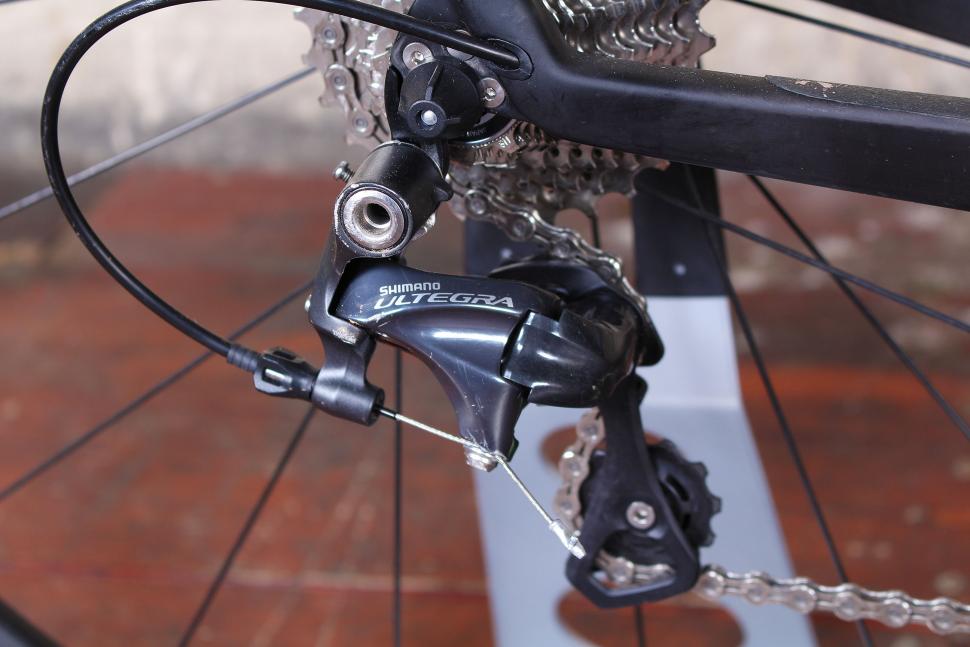 The components are a real mix with Shimano Ultegra shifters and derailleurs, an FSA Gossamer Pro compact chainset, and Fulcrum Racing PRC wheels. The brakes are Merida’s own, as are the stem and carbon seatpost. The handlebar is from FSA and the saddle is a Prologo Kappa 3.

The Look 765 that we’ve reviewed on road.cc recently is priced the same as the Merida. It comes with a full Ultegra groupset and Mavic Aksium wheels, but it’s an endurance road bike rather than an out-and-out race bike. 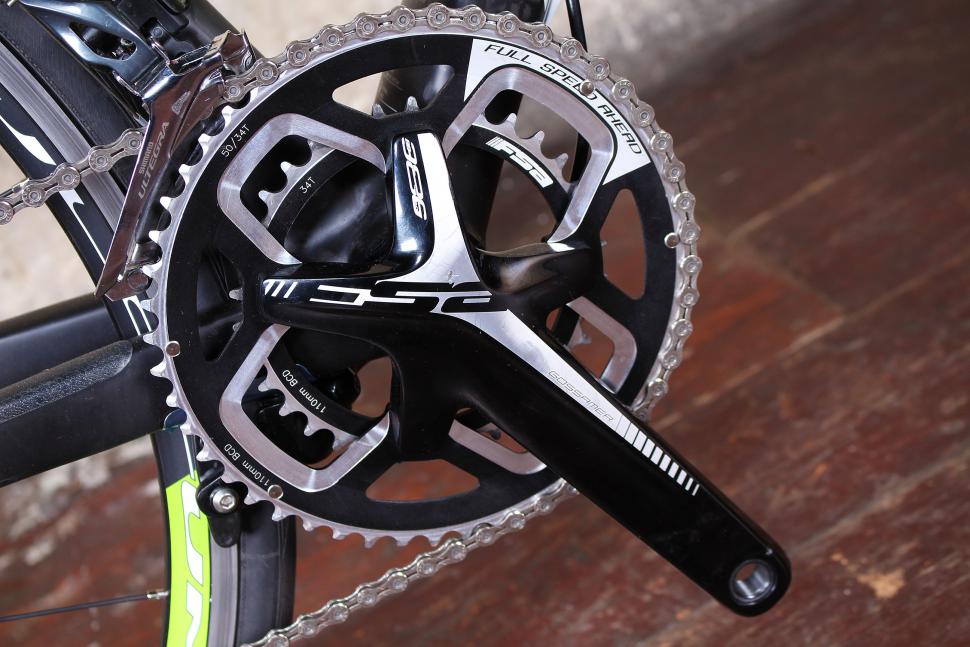 The Cube Litening C68 Pro Blackline is £200 more expensive at £2,499. Ed rated that bike highly, and praised the component choice: a full Shimano Ultegra groupset with Mavic Cosmic Elite wheels. It’ll be interesting to see how the Merida Scultura 6000 compares. 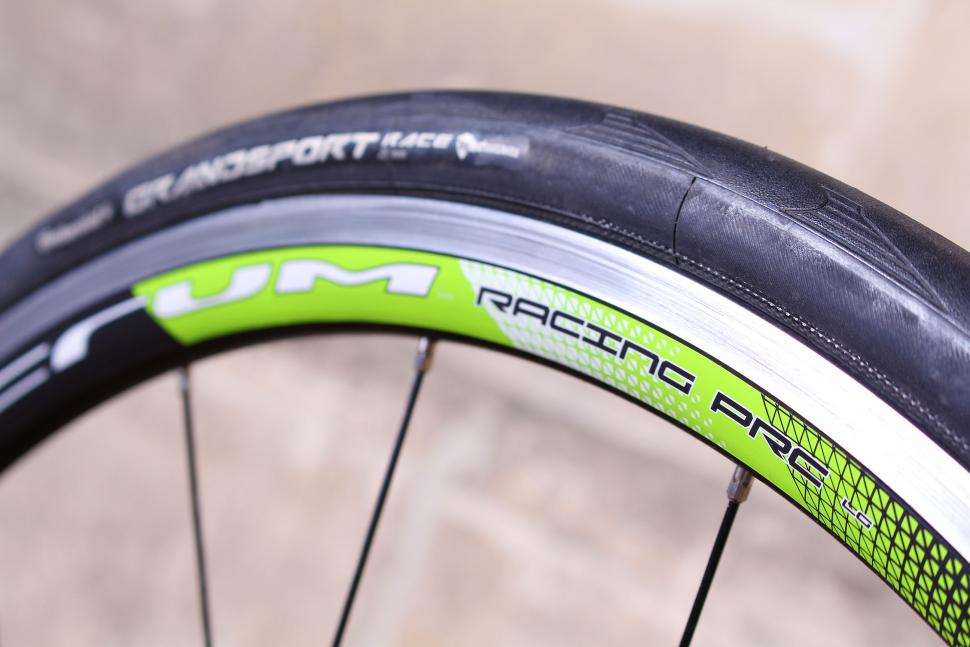 Stu’s the man who’s going to find out. He’ll be back with his review soon.

In the meantime, you can get more info from www.merida-bikes.com.