The new Canyon//SRAM team was revealed in November at a launch in London, but lips were tightlipped about the bikes, equipment and team kit the UCI Women’s WorldTour team would be race in 2016.

Rapha says the design has been "inspired by the tessellated effect of layered hazard tape." It's also not a million miles away from the Data Print jersey design that the London-based company released last year. 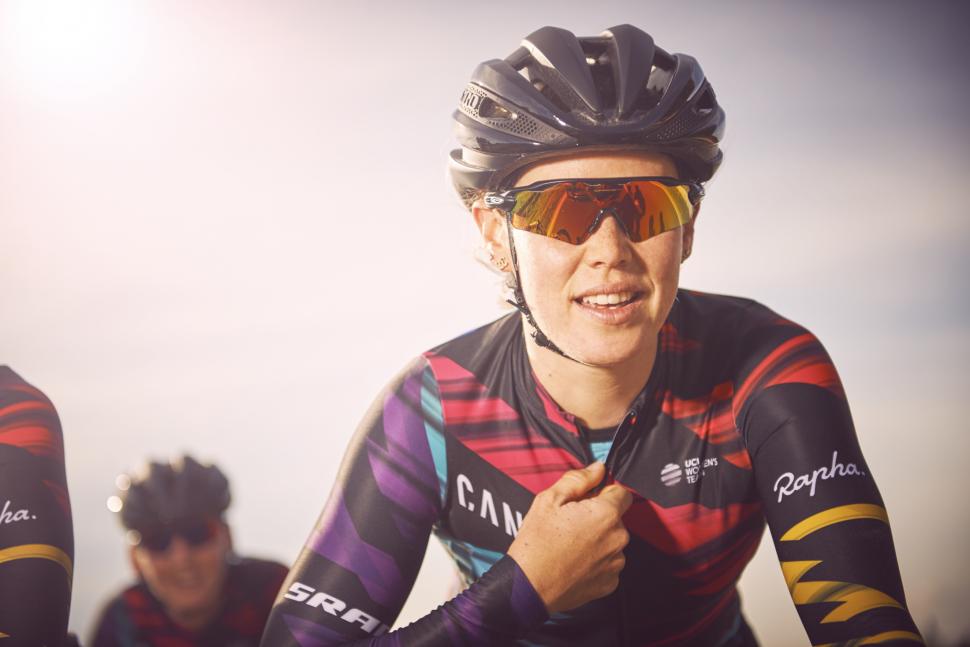 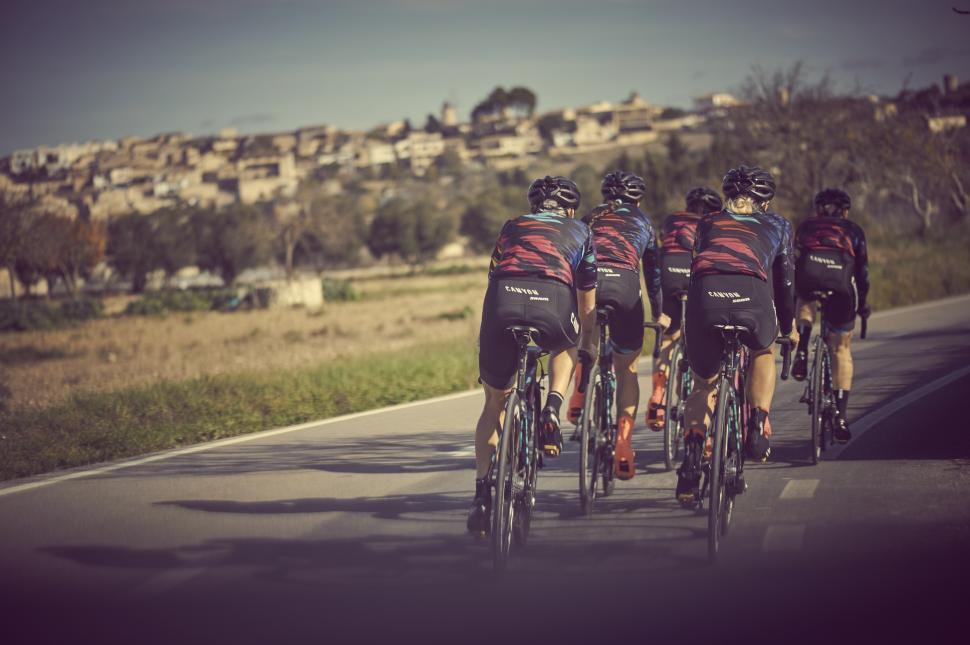 Rapha is supplying the team kit, with a striking and modern coloured pattern design that is also used on the bikes. The nine riders that make up the new team have assembled in Majorca for their first training camp this week. Team newcomer and American talent, Alexis Ryan, summed up her initial impressions of the Ultimate WMN CF SLX: “It’s so responsive. I hardly have to think about where I want to go and I’m accelerating off in that direction. Because of the aero profile, I’m able to have a much more aggressive position than past frames I’ve ridden. The whole design is really impressive, I believe it will serve our team well in every style of racing.”

Well, she would say that wouldn't she. It is likely Canyon will offer a replica of this bike at some stage as it has done with other team bikes. You can buy an Ultimate CF SLX 8.0 Di2 WMN model for £3,199, which uses the same frame but with different parts, and standard paint jobs. Tour of Flanders hopeful, Elena Cecchini adds: “Canyon was able to combine the two most important aspects for a road bike: they are fast and cool. You just can’t stop staring at them.” 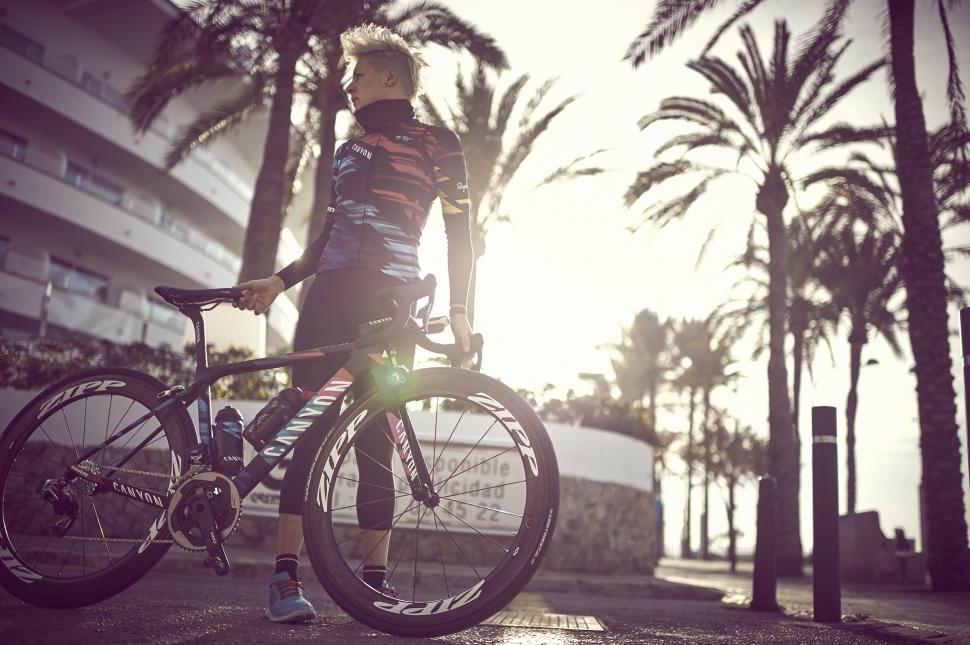