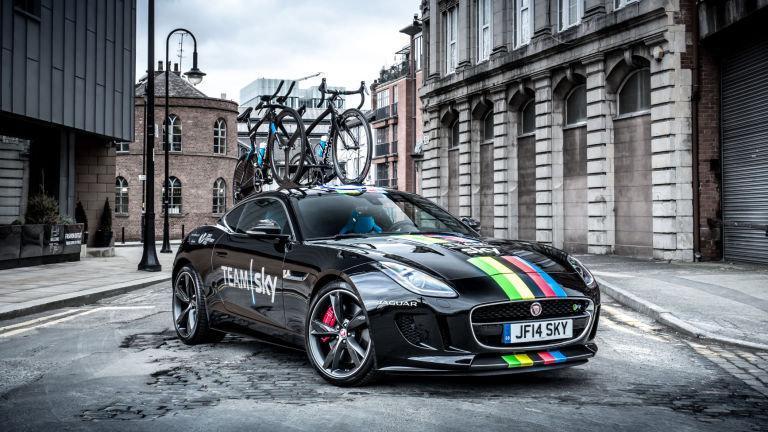 Vote: Team Sky and Jaguar to part ways in 2016? Maserati lined up? But which car do you think Sky should be driving next year?

With no Jaguar logo on the newly launched Team Sky 2016 kit, what cars will the team be using next year?
by David Arthur @davearthur

Rapha today unveiled the new Team Sky kit for 2016 and apart from a new blue band, there is very little difference from last year's strip. But where has the Jaguar logo gone?

Jaguar’s sponsorship of Team Sky began in 2012, when a three-year deal was confirmed. That  deal has obviously come to an end now, and with no news of an extension of the partnership and the missing Jaguar logo from the new Rapha team kit, we can only assume Team Sky won’t be driving Jags next year. 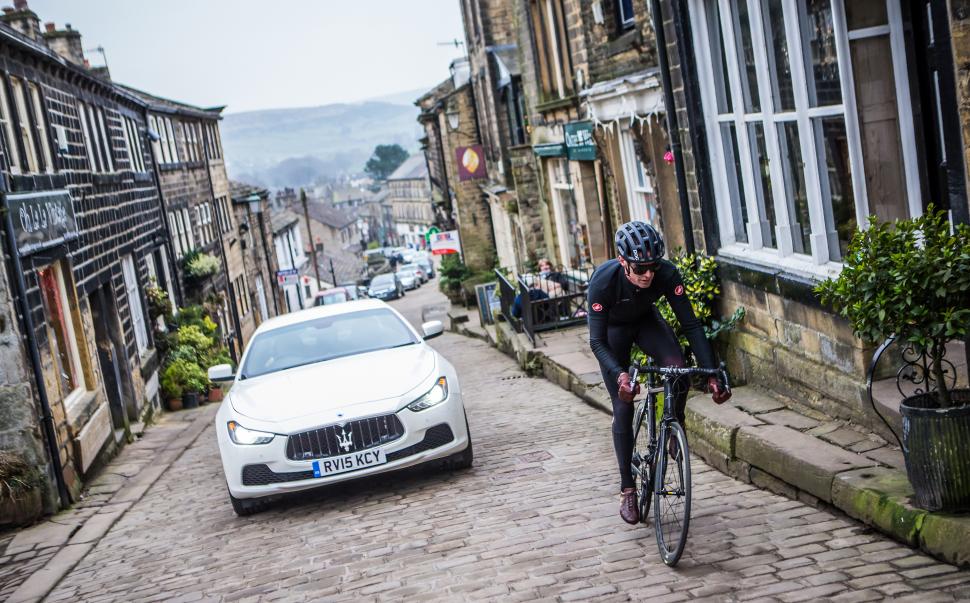 Word has it on the old rumour mill that luxury car brand Maserati, another Italian brand like Pinarello and which has been gearing up its involvement in cycling this past year with the Tour de Yorkshire and David Millar as a brand ambassador, could replace Jaguar as the new Team Sky sponsor.

But the Italian company is set to launch its first SUV, the Levante, next year. Sponsoring Team Sky would be the ideal marketing vehicle for promoting this new SUV to the global audience the car maker is surely aiming the new car at, and getting involved with Team Sky would certainly allow the car brand to reach lots of potential new customers.

Surely the envy of every other team, when Jaguar unveiled the stunning F-Type with an integrated rear bike rack. It was too impractical to use regularly,  seeing service in a time trial stage of the Tour de France in 2014 and a stage of Paris-Nice this year, when it followed Sir Bradley Wiggins. It was adorned with world championship stripes.

The Team Sky deal came at the same time as the launch of Jaguar's new XF Sportbrake (their posh name for an estate car). Remember the publicity photo with Mark Cavendish on the roof rack?  You can fit of lot of cycling equipment in an estate car however.

So who do you think will replace Jaguar as Team Sky sponsor next year? If not Maserati, could it be a British brand like Mini perhaps? Skoda is the default choice in the pro peloton so could be an outside choice, but Team Sky do like to be different.