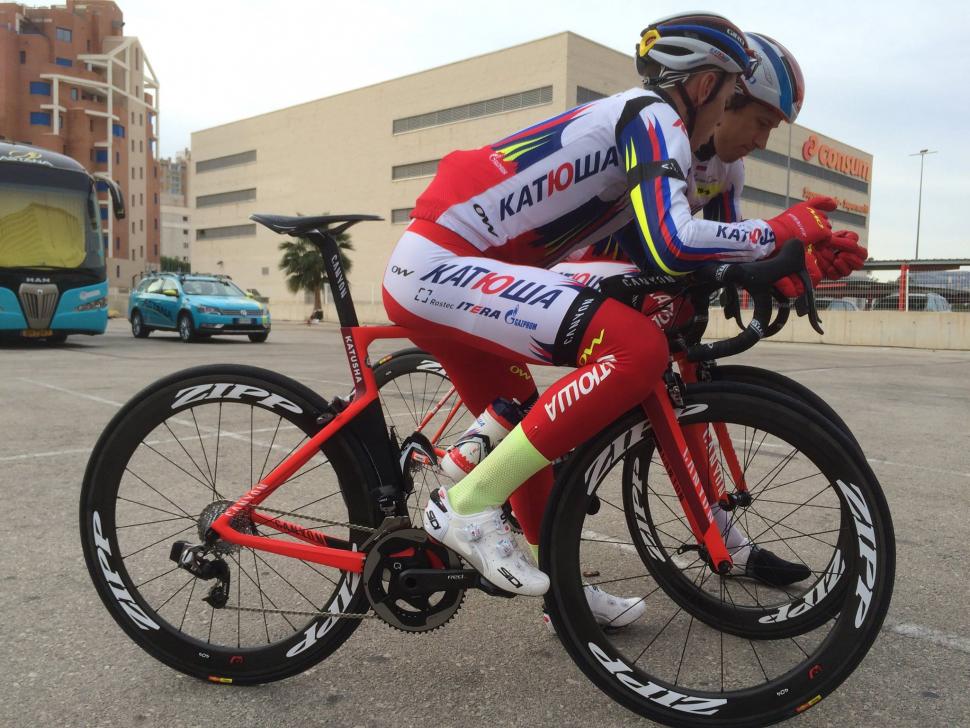 The 2016 pro race season is right around the corner and we’re starting to see some of the new race bikes and equipment get its first airing at winter training camps. Photos shared by Team Katusha on its Facebook page (where there also looks to be a new logo as well) show the team getting together in Calpe for the first training camp in preparation for the 2016 season.

While Katusha remains with German bicycle brand Canyon Bicycles for another season, it has come as a surprise that the team has transitioned from the tried-and-tested Di2 groupset to the relatively unknown eTap. SRAM has given the new groupset, the first and only wireless groupset currently available, a long development period. The AG2R team raced it on and off this year and accumulated many thousands of miles before SRAM was confident enough to officially launch it.

This is certainly good news for SRAM. It has seen its share of the professional peloton dwindle in recent years and Shimano has become the most popular choice for all teams. Will Katusha, and presumably AG2R, be the only teams on eTap, or could we see a few more developments in the coming weeks? 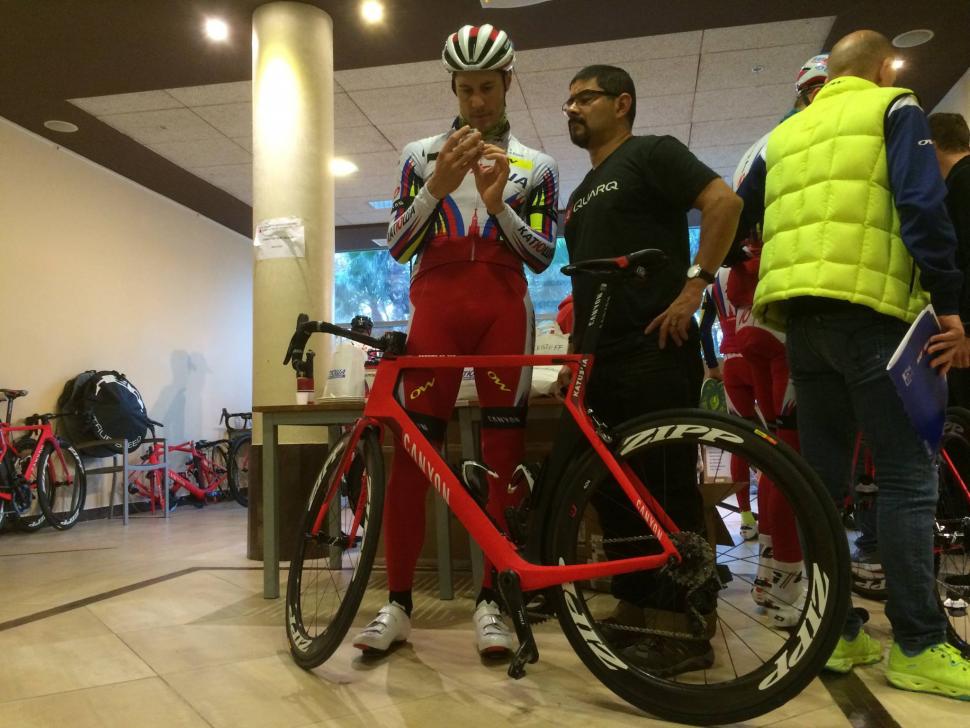 As well as the eTap groupset, it appears Katusha will be using SRAM’s Quarq crank-based power meters and Garmin Edge computers. Finally, Mavic wheels are out and in come Zipp.